Jacky Johnson, the acclaimed all-ages comic book hero that debuted in 2017’s Jupiter Jet Vol. 1, will rocket back to readers this fall in a second volume from independent publisher Action Lab Comics, Jupiter Jet and the Forgotten Radio.

Set one year after the original book, Jacky — aka high-flying hero Jupiter Jet — has won the love of Olympia Heights after keeping the city safe, but she’s set her heights even higher, perhaps even higher than her jetpack can carry her. When the mysterious Black Flyer appears, Jacky will find out if there’s more to her heroism than simply the technology she uses to save the day.

The project “started as an experiment in how Jacky changed after her first year as a superhero,” Robinson told The Hollywood Reporter. “She’s overcome a lot of adversity and so have our readers. Volume two of Jupiter Jet’s story is about bravery, community and family. It’s been my honor to co-write this brilliant young woman and I hope she jumps off the page and into people’s hearts!”

Added Inman, “When you’re 17 and are all so desperate to leave home, the life outside your door isn’t always what you’d expect [and] we wanted to channel that same spirit into the second adventure for Jupiter Jet. Just because she possesses a jetpack and can fly through space doesn’t mean she can survive out there. But like any other 17-year-old superhero, she will get into hijinks, but in her own way and in the far reaches of the solar system, making Jupiter Jet and the Forgotten Radio an exciting read for anyone at any age.”

Working on the book was “such a great experience for me as an artist,” Matsuya said. “The wonderful scripts by Jason and Ashley really challenged me and pushed me out of my comfort zone. I also discovered a new passion for drawing cowboy hats. I would encourage everyone to try it.”

Kramer promised of the sequel, “It’s the same characters you love but more of them. Jupiter Jet‘s blend of genres and settings were a challenge and joy to work on, it really helped stretch my colorist skills. The energy and storytelling in Jason and Ashley’s script with Ben’s artwork is a perfect match. Without spoilers all I can say is we’re not on Europa anymore.”

Jupiter Jet and the Forgotten Radio will be released in comic book stores Oct. 7, with a wider bookstore release following Oct. 20. Look below for a preview of what to expect. 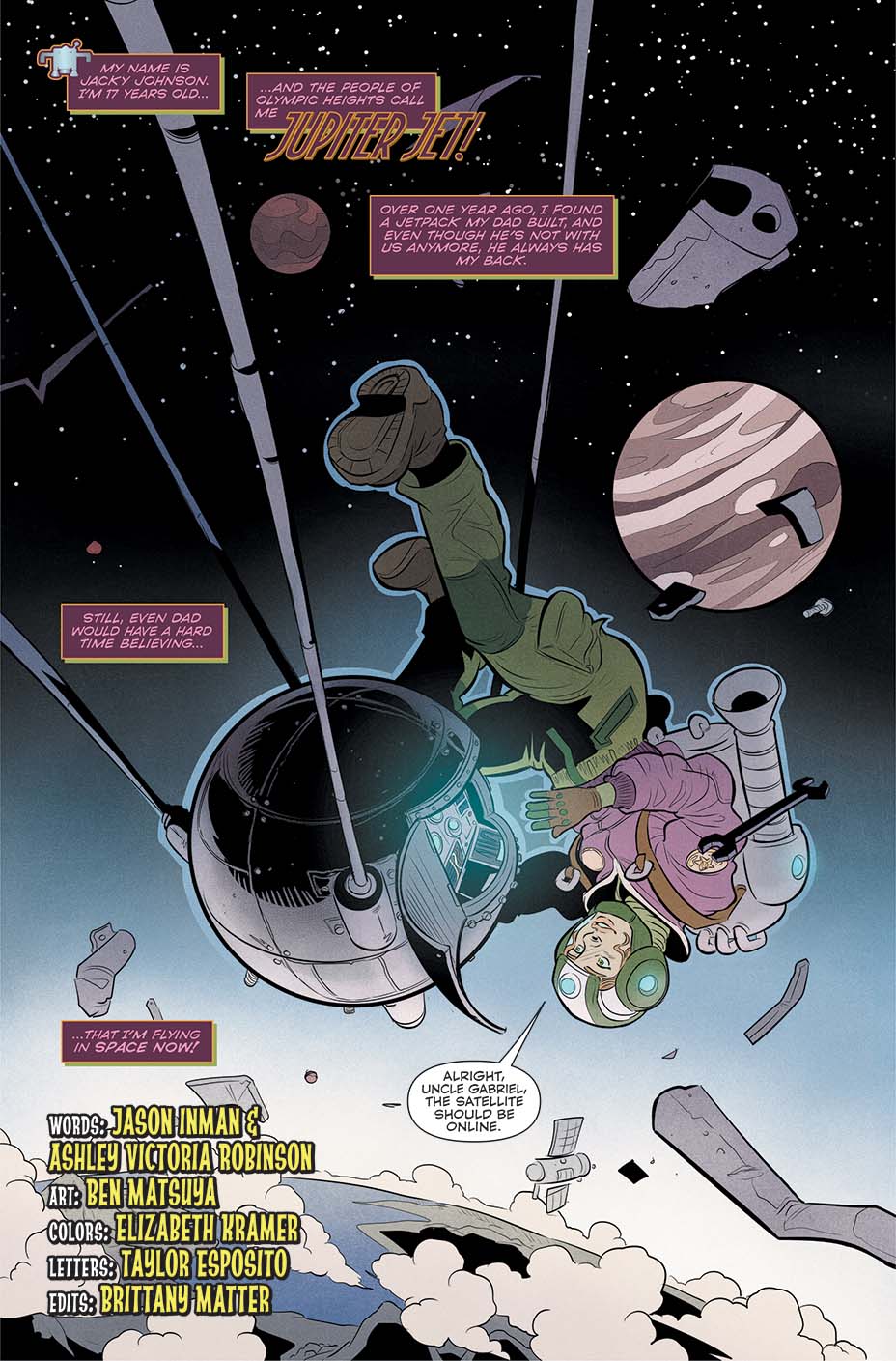 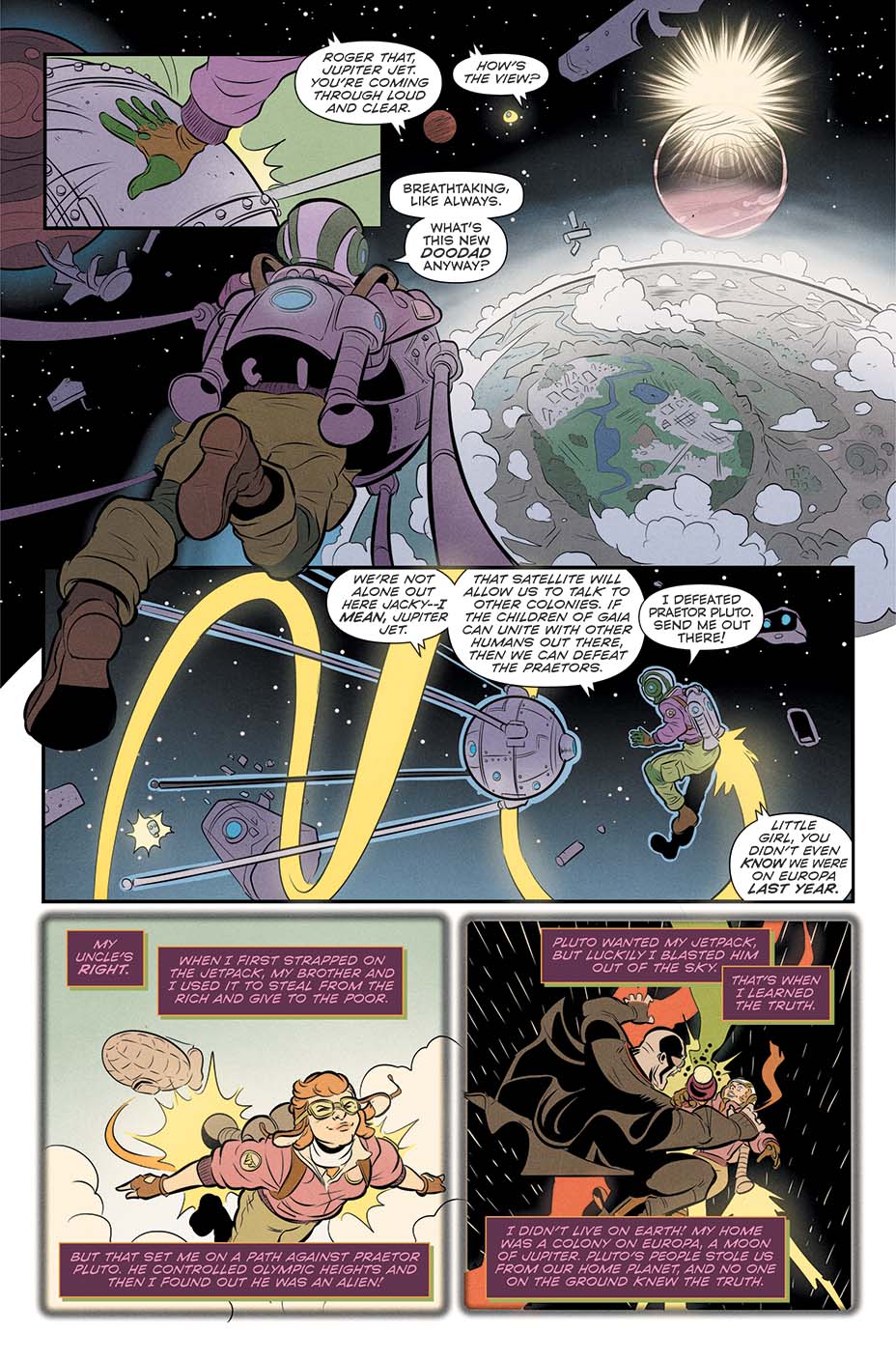 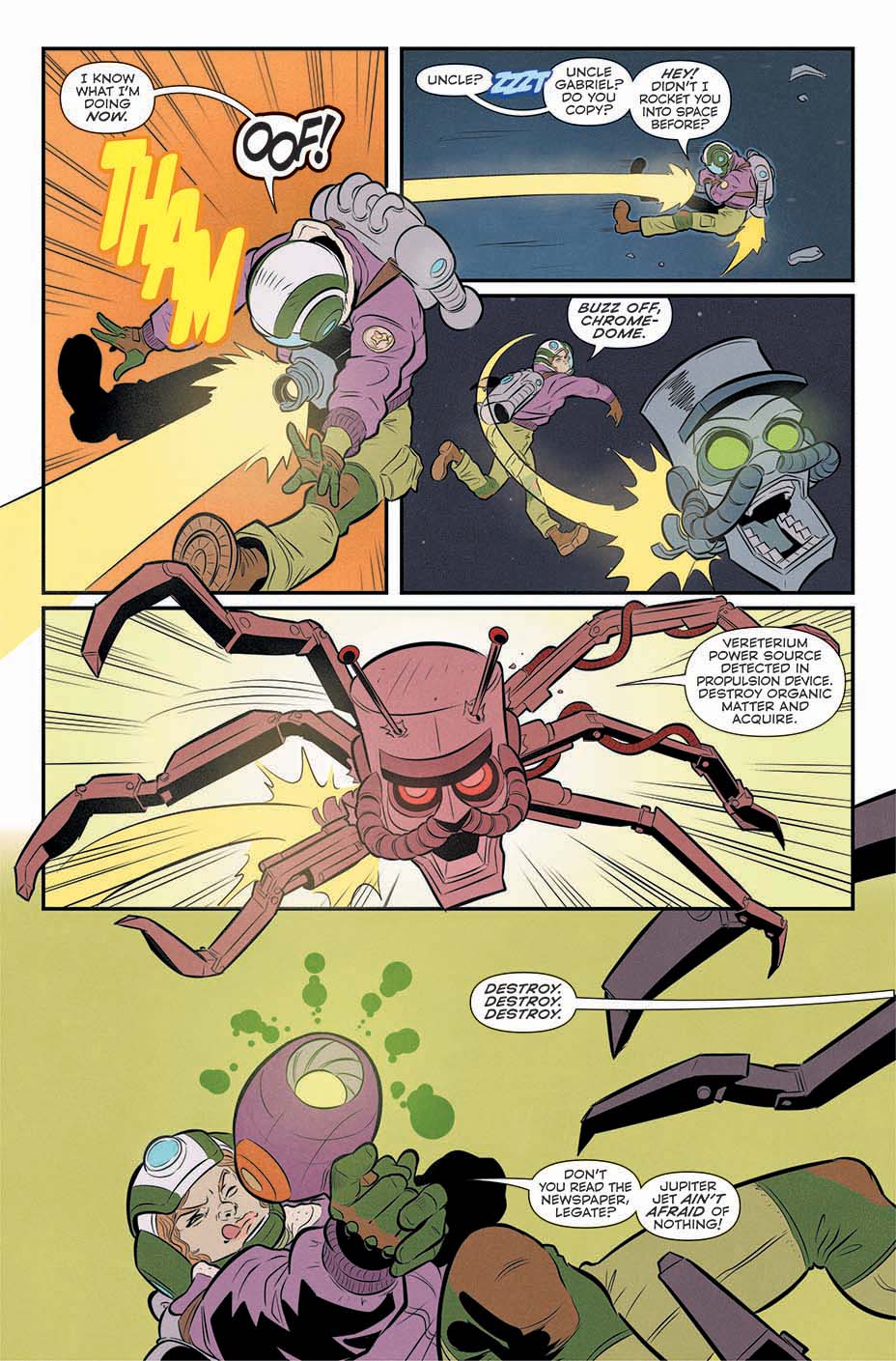 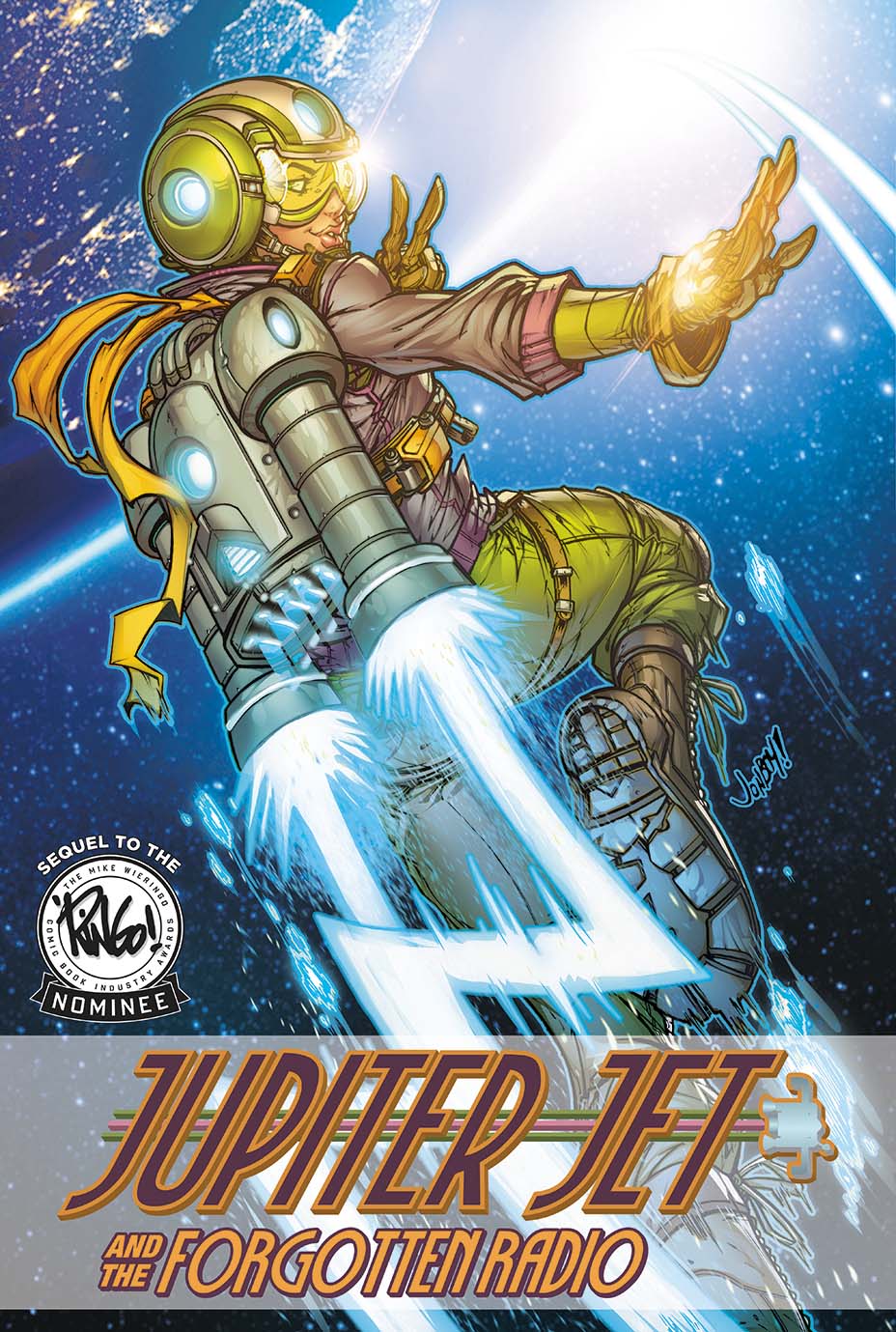