When director Destin Daniel Cretton’s latest project, the real-life social justice drama Just Mercy, finally hit theaters Dec. 25, he already was deep into his next project — a leap in a very different direction, helming Marvel’s first Asian-led superhero film, Shang-Chi and the Legend of the Ten Rings. But the busy helmer took some time to talk to THR about working on Just Mercy, which stars Michael B. Jordan as Bryan Stevenson, a lawyer who has dedicated his career to helping exonerate innocent prisoners, many of whom were on death row.

How did you end up on this project?

Our producer Gil Netter sent the book to me. I was so moved by it. I was just so surprised with how much life was given into these characters. They just were so relatable to me. So I signed on with that, and the only person we could think of to be perfect for this was Michael B. [Jordan]. I was on the phone with Ryan Coogler talking about something else, and I was telling him about this book and how I thought this character would be perfect for Michael, and he just said, “Hold on,” and called Michael B., who I believe was in Vegas. So just out of the blue I was pitching to Michael B.

How closely were you working with Bryan on the film?

He was involved from the very beginning. Before we even started writing, [co-writer] Andrew Lanham and I took a trip down to Montgomery and Bryan gave us a tour of The Legacy Museum and [The National Memorial for Peace and Justice, which explores America’s history of racial injustice from the slave trade]. He took me to Monroeville, Alabama, where all this took place, and walked me out into a cotton field. I’d never been in one before. He showed me how to pick cotton, showed me how thorny cotton bushes are. It was a very powerful experience.

What did you see as the biggest challenge of making this movie?

Everything. (Laughs.) I don’t look up to many people more than I look up to Bryan Stevenson. And I wanted to show people who he really was, and that was a very intimidating thing to take on. That is why I stayed so close to him throughout the process. I’m so grateful that he is such a gracious person to collaborate with. He was great at guiding us and making sure that we were doing the legal stuff right, that we were capturing the characters in the right way.  But he was also very understanding of our own process, and he was very gracious on that level. I’ve never grown so much on a movie, and I’ve never been so relieved when Bryan Stevenson watched it and gave me a big hug afterward.

Did he say anything to you or was it just the hug?

He said, “You captured my heart.” And the heart of these people that he really cares about.

What do you see as the throughline with the films you’ve made?

There are two throughlines: One is a theme of family, whether a literal family or a family created through circumstance. Family is very important to me. And I personally have been really moved by movies that allow me to feel less alone in the world and allow me to see characters in a way that makes me say, “Oh, they’re just like me.” That, to me, is where society can actually change. Movies can allow us to get so close that we can see [others] as just like us. That’s what I hope this movie can do for other people.

You seem to have a lot of empathy as a filmmaker.

I try. I spend so much time on a movie — especially if I’m writing and directing it — so I typically ask myself, “is this a world that I’m willing to swim three years through? And does it have the potential to make me a better person?” Because to me, of course I’m always trying to make the best movie I can, but the outcome of it isn’t the grand prize, if it is I’m constantly going to be disappointed in some way or another.  But if the experience itself can teach me something new about the world or show me something about myself that I didn’t know and make me a better person, that’s what I’m striving for. So any story that has the ability to do that is something that I feel good about signing on to. 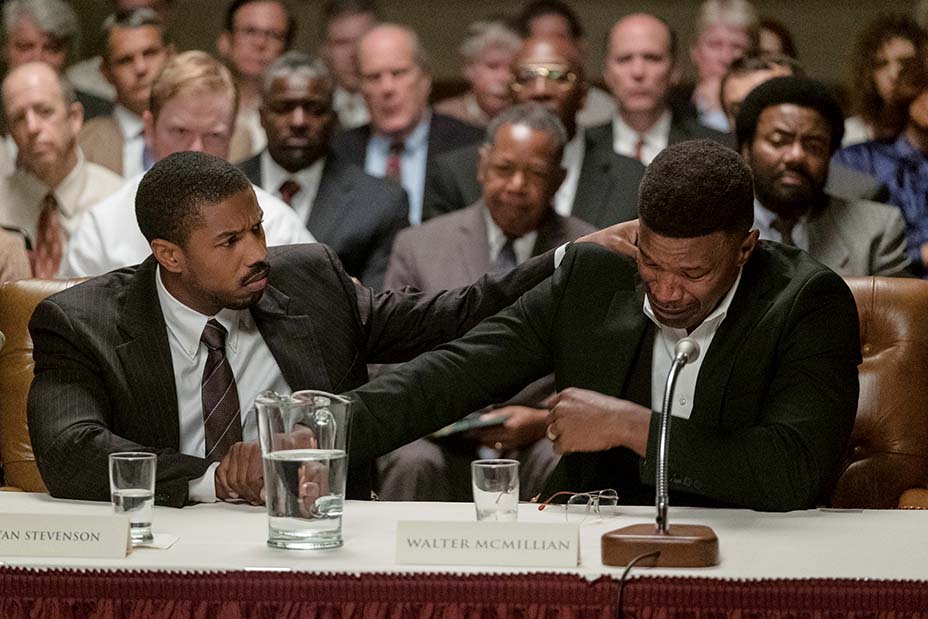 Shang-Chi feels like a big step in a different direction. Why that next?

Being from Hawaii and of Asian descent, did you ever feel like an outsider in this industry?

It was a huge culture shock going from Hawaii to the [U.S.] mainland. I moved to San Diego when I was 19 to go to school, and I was not prepared for the culture shock. You don’t feel “other” in Hawaii. I didn’t understand why I felt weird when I came here because I didn’t know I had an accent. I didn’t understand why it felt weird for someone to call me Bruce Lee. It was an adjustment. In Hawaii, things are laid-back. In L.A., there was too much fear-based competition and ways that you were supposed to be to make it in this industry that were complete opposites to my personality.

I was a terrible networker. I would go to a party and stand in the corner … really awkward. My growing-up experience was just owning the fact that I am uncomfortable — owning my shyness. Owning just my personality and saying, “Fuck it, I’m going to be myself, and if they’re not going to like that, then we’re not supposed to work together.” That’s a daily thing I have to tell myself. As soon as I started doing that, I became much more happy doing this work. It didn’t scare me anymore. I don’t think anybody should be scared to do what they love. That was a big lesson for me to learn.

What do you think about the way Hollywood has been opening up with more inclusive stories and more opportunities for filmmakers from different backgrounds? Does it make you optimistic?

I’m always optimistic that it will go in the right direction. I think we’re in a transition now. Even when we were trying to crew up for Just Mercy, there’s a realization that there are not enough minorities just in the positions that you would want them to be to hire minorities. So on Just Mercy we were giving so many people their first opportunities to be the heads of a departments, which is so exciting. On this movie with Marvel, just in terms of casting — how many famous Asian actors are there? It’s really exciting to be able to make some new famous faces for other films to choose from. It would be a failure if Shang-Chi was, like, the first and last. That would suck. But I hope it’s the first of many more movies that represent the world that we live in.