Composer Danny Elfman didn’t have a lot of time to decide to step back into the world of DC with Justice League.

The film was in flux after director Zack Snyder stepped away in May following the death of his daughter, and filmmaker Joss Whedon was brought in to write additional scenes and oversee reshoots and postproduction. Whedon also made another change, ushering out Batman v. Superman: Dawn of Justice composer Antonius Tom Holkenborg, aka Junkie XL.

“I got the call from Joss very last-second,” Elfman tells Heat Vision. “I got the call and it was, ‘You have to decide now and then go to work tomorrow.’”

There’s been plenty of speculation about how much of the final product is Snyder’s and how much is Whedon’s. Elfman says that much of the film was being shot as he wrote the score, and that he never scored any of the retooled Snyder footage that didn’t make it into the film. Things were so last-minute that at times he wouldn’t be composing to actual footage.

“I had a lot of storyboards in place of action. There would be full scenes and then a five-minute sequence of storyboards. Honestly, it was like working on an animated film,” says Elman. “I didn’t score any of the unused footage — the movie that came out is the movie I scored, it was just in very rough form.”

Elfman and Whedon previously worked together on 2015’s Avengers: Age of Ultron, another situation he describes as another “three-alarm call.” He shared scoring credits with Brian Tyler.

“I’ve only worked with [Whedon] twice and it’s been under those circumstances,” says Elfman. “With Avengers, it was trickier because I was working around half a score. So, I had to rescore either half or two-thirds of the film, and that made for a squirrelly process. On Justice League, it was a blank slate. I only had to work around a Leonard Cohen song.”

Whedon turned Elfman loose on the Justice League score, asking only that he add humanity, warmth and some fan payoffs, including restoring his original theme from 1989’s Batman into the Dark Knight’s mythos, as well as bringing in John Williams’ classic Superman theme.

“I twisted it and my Batman theme … the DNA is there, but the themes aren’t necessarily obvious in the film. Except for one specific moment in the final battle,” says Elfman. “Joss said, ‘Let’s do it [Batman’s theme] on the nose. Fans love this kind of stuff.’”

Elfman also has strong words for reboots and reinterpretations of character themes. Batman, for instance, has had numerous themes over the years, courtesy of Hans Zimmer’s work on the Dark Knight trilogy, as well as his Junkie XL collaboration for Dawn of Justice.

“The whole concept that every time a superhero franchise is rebooted with a new director, then you have to start the music from scratch, is a bullshit idea. It’s only for the ego of the director or the composer,” says Elfman. “They need to learn the incredible lesson that Star Wars and James Bond have known for ages, which is that keeping these musical connections alive is incredibly satisfying for the people who see those films.”

He also notes that when he worked on the 1996 Mission: Impossible film, he dropped in Lalo Schifrin’s iconic theme.

“It would’ve been crazy to exclude it. It doesn’t matter if it’s a decade old or 70 years old,” says Elfman. “Give me a reboot of any old film and I can take the themes and use them in a way that feels fresh.”

“There’s like four different Spider-Man themes at this point, and as a result, he doesn’t have a recognizable sound,” he says. “I told the guys at DC, ‘You have a great musical heritage that you should be proud of, and you should keep it alive.’ And they agreed with me, which is refreshing.”

Elfman revives Zimmer’s Wonder Woman theme from Dawn of Justice, but he shifted away from the bold, electric sound.

'Justice League' Is Not Quite 'Wonder Woman 1.5'

“I use the Wonder Woman’s theme twice. The first time you see her, it’s a really heroic moment, but having heavy electric guitars or that effects-heavy sound would’ve made it feel campy or funny,” says Elfman. “It’s a great melody and I was able to find a way to make it feel grand, which is what that moment needed. Now, when she’s running the second time and bouncing bullets off her bracelets, I thought, ‘This can be the fun moment,’ and I added in guitars, although it got drowned in the mix.”

Asked when he would know if he’d be coming back for a future installment, Elfman replies that he has no expectations, although he says this pic’s writing process was relatively painless, which is unique in film scoring.

“I met with all the producers and the Warner Bros./DC executives, knowing they were just going to rip apart my cues or request different takes, but they were incredibly supportive and didn’t want drastic alterations,” says Elfman. “That never happens!” 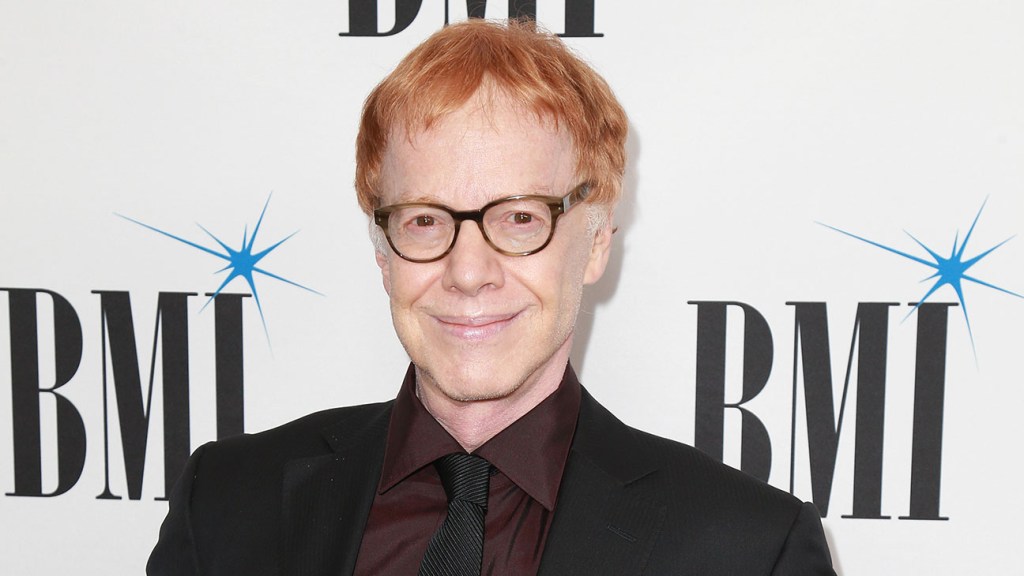