With less than a month before the movie arrives in theaters, Warner Bros.’ Justice League has released a new poster showing the superhero team racing into action — and maybe displaying a little sign of the influence Wonder Woman has had on the DC movie franchise as a whole, as well.

The poster, released via Twitter Wednesday morning, is noticeably brighter and more colorful than previous promotional images for the movie, which have bordered on the monochromatic at times: Now, you can actually see the traditional gold and green coloring on Aquaman’s costume, and gaze upon the most blue Batman seen onscreen in some years.

This is a significant switch from the darkness of the initial glimpse of the movie from 2016’s San Diego Comic-Con. Compare the color in the new poster to what’s visible here:

By this year’s Comic-Con, things had shifted significantly, with a more colorful (if still dark) image released to coincide with new footage:

You can’t save the world alone. The cast of #JusticeLeague unites in Hall H TODAY. #WBSDCC pic.twitter.com/ATXtFZ95xO

What had changed between those two events? Many things — including the addition of a new director for Justice League when Zack Snyder had to step aside following a family tragedy — but, perhaps most notably, the release of and response to Wonder Woman, a movie embraced by audiences in a way that Man of Steel, Batman v. Superman: Dawn of Justice and Suicide Squad hadn’t been, and a movie that broke with the pattern of those movies by offering a hopeful worldview, and literally a more colorful world, as was obvious from its own promotional images:

Is the new color in Justice League promotion taking its lead from Wonder Woman? It’s possible the answer is no, and that the movie always intended to shift to a brighter palette as it got closer to release — but as Wonder Woman takes center stage more in the movie’s trailers, it would be unwise to consider the possibility that, in this superhero universe, it’s the women setting the pace moving forward. 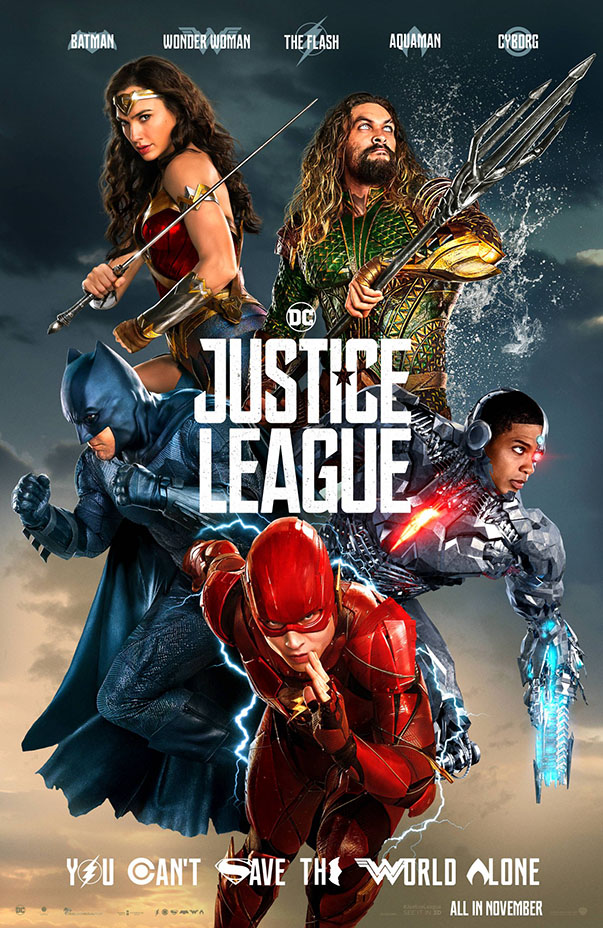