The fact that Superman has to come back from the dead in order to be humanized in dire superhero blockbuster Justice League says a lot about the film’s misconceived combination of Frank Miller Lite-style gloominess, and co-screenwriter (and fill-in director) Joss Whedon’s signature quippy humor. This film, like so many other stories involving Superman, only details its creators’ myopic inability to effectively convey the optimism that Superman personifies.

Justice League is, at heart, toxically cynical, even if it does ultimately conclude — not counting its second post-credits sequence — on a shaky note of optimism. In the film, paranoid millionaire-turned-nocturnal-vigilante Bruce “Batman” Wayne (Ben Affleck) assembles a team of similarly powerful outcasts to defeat a doomsday scenario that, while inherently generic, is a survivalist’s wet dream. Demigod-like villain Steppenwolf (a personality-less computer-generated monstrosity voiced by Ciaran Hinds) has invaded Earth, and plans to transform it into his home planet of Apokolips (though his native world isn’t named in the film). Unfortunately for Batman, Clark “Superman” Kent (Henry Cavill) died fighting Doomsday at the end of Batman v Superman: Dawn of Justice. Diana “Wonder Woman” Prince (Gal Gadot), the closest thing that the film has to a Superman-like leader, unfortunately takes a backseat while insecure teammates Arthur “Aquaman” Curry (Jason Momoa), Barry “The Flash” Allen (Ezra Miller) and Victor “Cyborg” Stone (Ray Fisher), muscle her out of the spotlight.

Wonder Woman’s diminished role says a lot about Justice League. Wonder Woman’s role was supposedly beefed up during reshoots after her solo film’s unprecedented and understandable success. But you can’t really tell based on the negligible support role she performs (more on this shortly).

Justice League‘s weak role for Wonder Woman is also not surprising given a pattern established by decades of DC Comics films and TV shows: nobody knows what to do with Superman, arguably the most iconic superhero to be defined by his idealism. This imaginative handicap isn’t one that exclusively defined trainwreck cash-in sequels Superman III  (1983) and Superman IV: The Quest for Peace (1987) had: even Superman Returns (2006), the closest thing to a decent Superman movie we’ve seen in a while, was an uneasy mix of pseudo-contemplative bathos and kitschy retro humanism. 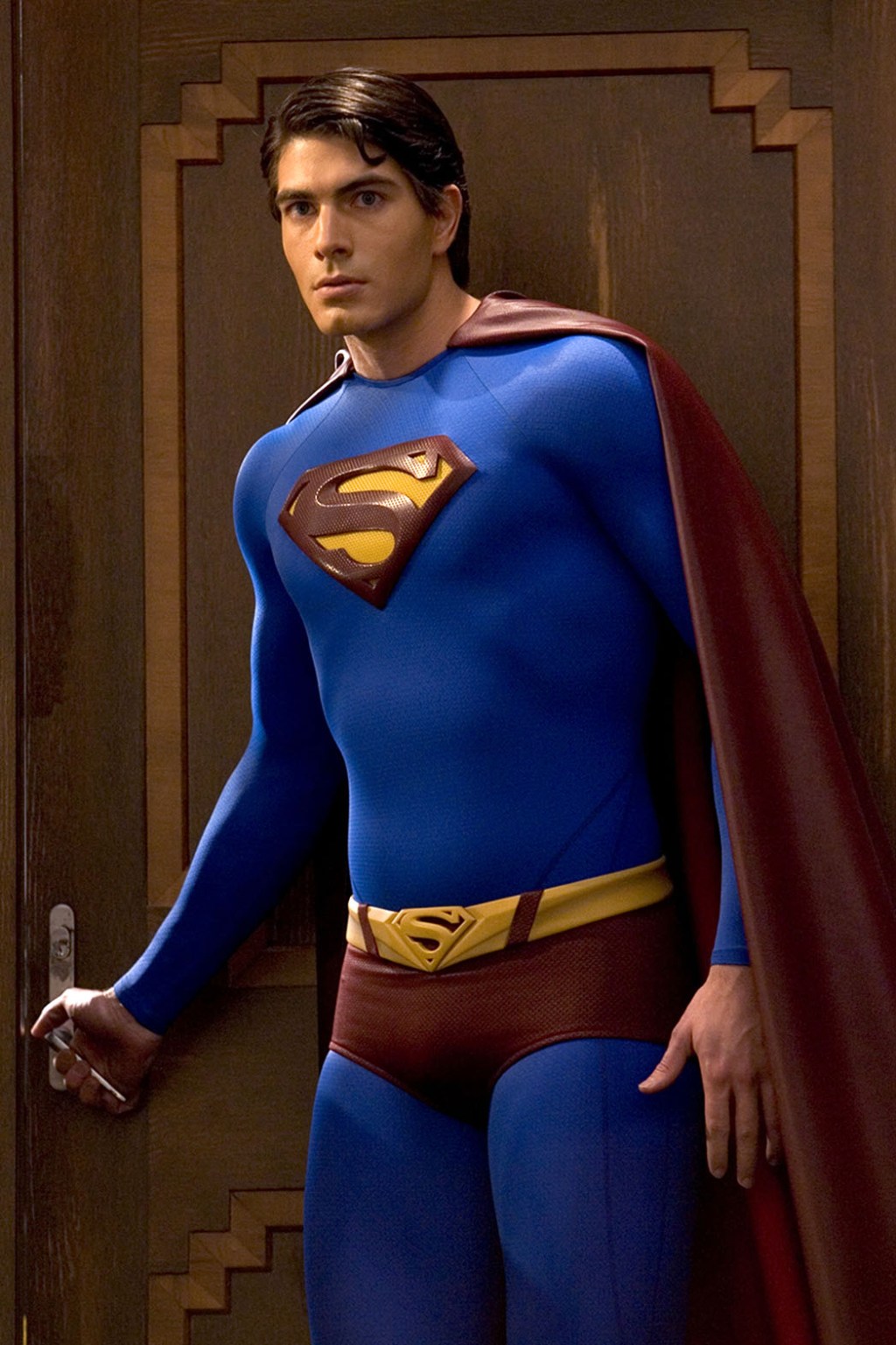 Fan-favorite creator Bruce Timm, one of the key showrunners on the otherwise top-notch ‘90s cartoon Superman: The Animated Series, also candidly admitted in an interview with Modern Masters that he’s disappointed that his version of the character ultimately reflected an unproductive desire to turn sunny Superman into Byronic Batman. That self-lacerating criticism is more applicable to Man of Steel (2013) and Batman v Superman: Dawn of Justice (2016), two films that try to make Superman approachable by giving him a canned tragedy — his father got sucked up by a tornado because… he told Superman to stay on the down-low? Huh? — and then ultimately murdering him in a weird homage to “The Death of Superman,” one of the most highly publicized, but retrospectively unpopular comics events of the ‘90s (if you want a laugh: got to your local comics shop, and ask the proprietor how many copies of the “Funeral for a Friend” sequel tie-ins he’s still got in stock). Whatever happened to the “Man of Tomorrow,” an iconic character that the Comics Journal‘s Tom Crippen once devastatingly put down as “a childish hood ornament atop a faux-serious industry,” and “the appendix of the superhero genre, a super-appendix that’s as big as a spine and completely inoperable?”

If anything, Justice League reflects the long-established Batman-ification of the superhero world. Like the Caped Crusader, several members of the title group are defined by pseudo-tragic backstories that are related through leaden expository dialogue peppered with eye-roll-inducing Whedon-style one-liners. Aquaman’s cursing, drinking and generally surly behavior — which are undercut in a scene where Wonder Woman’s lasso of truth unconvincingly reveals him to be a big softy — are excused by a dark past involving a throne he’s turned his back on and an Atlantean mother he resents for having abandoned him. The Flash’s social awkwardness — right down to Rain Man-worthy complaints about “low blood sugar,” his teammates’ preference for Irish goodbyes and his gnawing fear that he’s not actually running “East” — is an indirect result of his slavish dedication to father Henry Allen (Billy Crudup), a wrongfully convicted prisoner. Cyborg’s out-of-control powers — which only go berserk in a scene where Superman returns from the grave, thereby provoking a contrived brawl — make him feel more like a Frankenstein’s-monster-style freak, despite the great lengths that his super-scientist father Silas Stone (Joe Morton) went to save him using only tacky, Michael-Bay’s-Transformers-looking robot parts.

The only main character who is not defined exclusively by a dark past is Wonder Woman, and she doesn’t contribute much to the film’s plot beyond using her truth lasso and her vague ability to inspire her teammates… from afar. Wonder Woman, a God-like heroine, is similar to Superman in that she’s “old-fashioned,” as she puts it. So Wonder Woman recruits, but never leads. 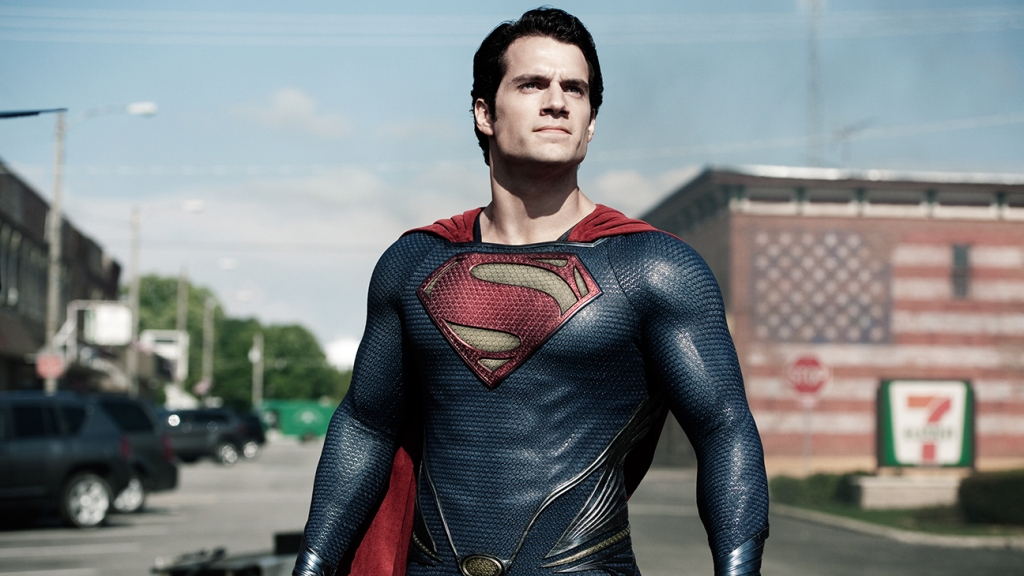 How could she when Batman, an essentially flamboyant character whose tragic past has ultimately come to define his many modern incarnations, has become such an emblematically schizoid figurehead? He makes uncharacteristic jokes, like when he winces that “[some of my body parts are] definitely bleeding” or when he smirks that his real superpower is, “I’m rich,” primarily to give audiences’ a respite from his implicitly character-defining doomsaying. But these jokes reveal a basic fear that viewers will tune out if a character who runs around in a Bat-costume and attacks flying demon-monsters with a robot spider and a flying Bat-shaped plane — both of which are armed with missiles and/or guns — doesn’t wink at them enough to acknowledge how ridiculous he seems.

Put it this way: do you remember the leather jackets that the mutant heroes wore in X-Men (2000), and its first initial sequels? These costumes were presented as a general-audience-friendly alternative to the characters’ signature primary-color uniforms. Now imagine if the X-Men‘s jet-black jackets were reversible and had pastel yellows and blues. That’s Batman in Justice League: he’s either trying too hard to suit his new creators’ need to lighten him up, or he’s (briefly) trying too hard to establish the film’s dour pseudo-universal thematic stakes by referring to Superman as “the alien,” and talking about a mysterious “contingency [plan]” in case Superman comes back from the dead without a “soul.”

One can’t help but roll their eyes during scenes where Batman has to act hopeful, and baldly suggest that Superman is as symbolically important as District Attorney turned horribly maimed baddy Harvey “Two-Face” Dent (Aaron Eckhart) is to Batman in The Dark Knight (2008). In Justice League, Batman briefly admits that he admires Superman, and even says he’s not as “human” as Big Blue. But Batman’s talking points come out of nowhere, and seem to belong in a cheerier film. His conversion from a fear junkie to a cautious idealist should be a main focus of Justice League. But dialogue about his hero worship only feels like lip service to positive beliefs that Justice League‘s creators don’t know how to effectively dramatize.

So it’s no wonder that Superman doesn’t get to do much in this movie. He comes back from the dead like an evil Jesus Christ, and only regains his humanity after he reconnects with Lois Lane (Amy Adams) and his parents’ farm. Maybe he should have stayed six feet under.

To be fair: it’s not impossible to get Superman right. Timm’s self-critical remark applies specifically to Superman’s Batman-y villains. But Superman: The Animated Series is arguably the best recent, quasi-mainstream adaptation of the character. In that show, the idea of a God who was raised as a man makes sense. He was raised to be humble, so he’s reserved, and principled. He talks to the people he’s rescuing, and doesn’t demolish every building within eyeshot if he can help it. Timm’s Superman is fallible, and thinks about the consequences of his actions, but doesn’t waste time agonizing about his past mistakes. He also has a community of allies, and detractors who make sense given the type of person he is: they are either drawn to, or resent the example he sets. Best of all: Superman: The Animated Series is, like Batman: The Animated Series, an exceptional kids’ show. Its’ creators never belabored their heroes’ shallow psychological motives, and yet were often able to come up with funny, dynamic, and thoughtful character-driven stories for both kids and adults.

Which sadly brings us back to Justice League. It’s disappointing to see Superman hyped up as an inspiration for his peers without ever being observably inspiring. He’s still treated like an unknown quantity, and is only superficially humanized through martyrdom, at which point he somehow becomes an unqualified — and often undefined — symbol of hope. This understanding of the character (pardon the pun) flies directly in the face of the suspicion and panic he caused in both Man of Steel and Batman v Superman.

Justice League‘s version of Superman doesn’t even make sense within the film. He’s a symbol of freedom, OK. But why is he “more human” than Batman? Isn’t Batman ostensibly humanized by his weaknesses, as expressed through his confusing, morbidly self-deprecating sense of humor? Which is he: a fallible rich kid who is afraid of change, or a wary believer in Superman as a force of change? If Superman can’t be a major character in Justice League, why can’t his character at least be understood through his colleagues’ actions? If this latest outing is any indication, then Crippen is right: Superman is simultaneously too important to be taken out, but also too insubstantial to be left in.

DC vs. Marvel: Why the Rivalry Is Bigger than 'Justice League'