The success of Wonder Woman may give the impression that this is the Summer of Female Empowerment, with Hollywood firmly leading the feminist charge. Not so fast. While Wonder Woman exhibits the admirable traits of courage, moral commitment and self-reliance, Hollywood has been, in general, less kind with how it portrays average American women, especially their relationship to alcohol. Bad Moms, Rough Night, the women vs. shark film 47 Meters and the upcoming Girls Trip (July 21) all feature women for whom alcohol is the obligatory catalyst to fun. When Amy Schumer joked on Stephen Colbert’s show in May that she would go home and drink herself into a blackout, the audience cheered. On Today, Hoda Kotb and Kathie Lee Gifford call Tuesday “Boozeday” and Wednesday “Winesday.” Watch any TV series or movie featuring women over 30, and their default response to stress or boredom often is hitting the bottle. Though these tipsy portrayals may seem all in good fun, there is a sinister consequence that affects all of us.

Relax. This isn’t about booze-shaming or bringing back Tommy gun Prohibition. It’s about how, in the guise of empowerment — “Look, everyone, girls can drink just as hard and act just as stupid as guys” — women are more consistently being portrayed as insecure and needy. It’s about the negative effects of perpetuating gender stereotypes that promote destructive behavior.

One is death. Over the last 18 years, alcohol-related deaths among women 35 to 54 have more than doubled. The Washington Post reported on the proliferation of alcohol-related ads targeting women: “Harried mothers chugging wine to cope with everyday stress. Women embracing quart-sized bottles of whiskey and bellying up to bars to knock back vodka shots.” Equating heavy drinking with women’s lib has resulted, researchers claim, in women drinking more alcohol more often. In 2013, heavy drinking put more than a million women in emergency rooms. 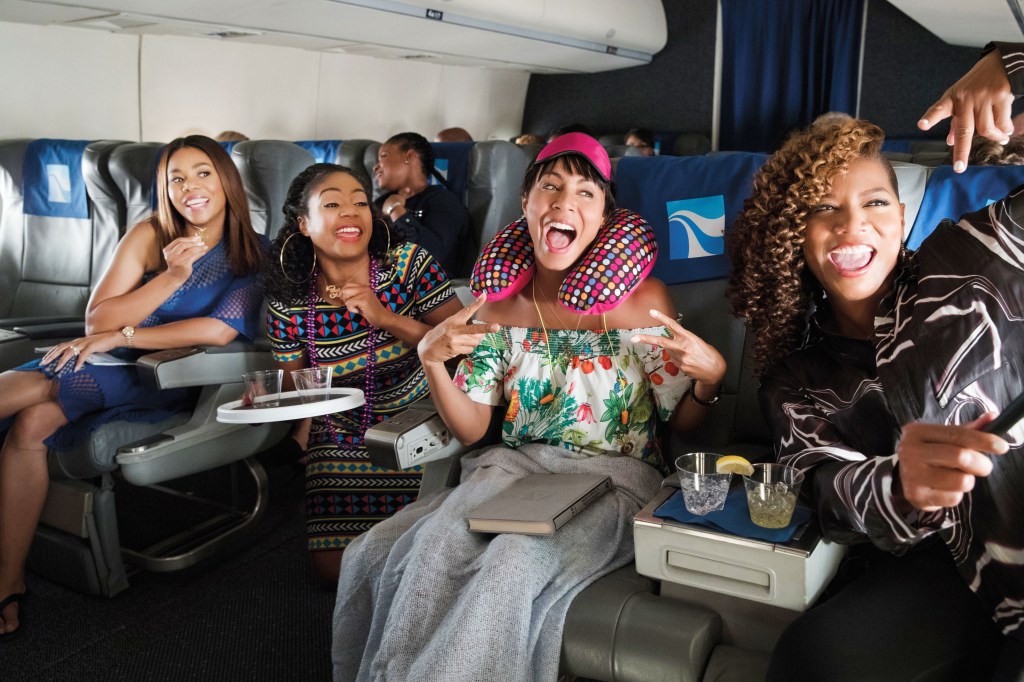 Another negative effect is depicting women as too fragile to deal with stress or too uptight to have fun without alcohol. As women struggle to overcome a history of being portrayed as weak, bubbly but bubble-headed, dependent sidekicks, Hollywood has obliged by creating more positive role models. Tough, smart female characters fill our screens. But Hollywood also has undermined some of that progress by behaving like an enabling bartender sliding drinks down the bar. Cougar Town used the enormous size of Courteney Cox’s wine glass as a continuing joke. Reality shows such as The Real Housewives, Real World and The Challenge often feature women drinking, and production on Bachelor in Paradise was briefly halted over an alcohol-fueled incident. Sales of Bandit boxed wine — aka “binge in a box” — jumped 22 percent after Schumer drank it in Trainwreck.

Perhaps this is the effect that Susan Faludi warned about in her 1991 book, Backlash, in which she claims that whenever women make social and political advances, there is a media-driven backlash. In this case, the mixed message from Hollywood is, “Sure, women can be just as smart and competent as men (but they also are fundamentally flawed and need booze to cope with their insecurities).” It’s another version of the classic taunts thrown at successful women: “Yeah, but you’re not married” (as used in Transformers: The Last Knight). You’re welcome, feminism. 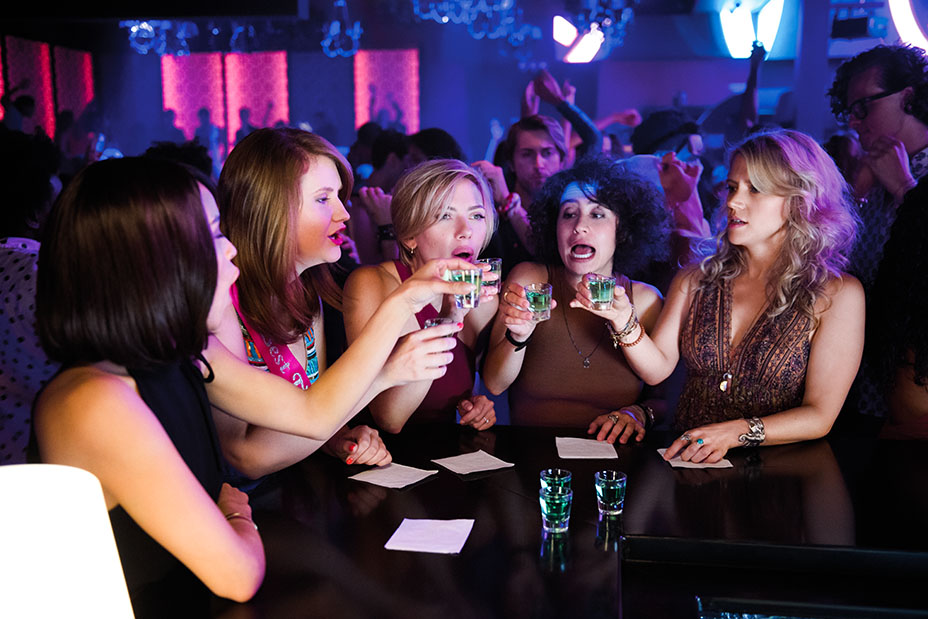 While characterizing women as drinking more could be defended as statistically accurate, it also can be considered glamorizing drinking to create a self-fulfilling prophecy. Hollywood already is under scrutiny for its product placement of alcohol (nearly doubling in 20 years). According to a 2017 medical study, more than 80 percent of movies depict alcohol use, including 72 percent of G-rated films. This does not mean censorship. A lot of comedy comes from people acting stupid and immature. It’s actually refreshing to have movies like Rough Night and Girls Trip. The problem isn’t in the occasional use of booze to create a comic scene; the problem comes when that becomes the dominant portrayal of women, and society starts to see women in general as jonesing for that merlot. One of the more insidious aspects of Hollywood’s portrayal of the alcohol-fueled woman is that she acts crazy and does something colossally foolish — from accidentally killing someone (Rough Night) to having sex with a stranger — but that it all works out in the end for the better. If I owned a liquor company, these movies would be my best ads along with the catchphrase: “Get wasted. Don’t worry.”

It’s not that we can’t depict women drinking; it’s that we shouldn’t always associate their drinking with emergency stress relief or the sole gateway to being fun. This infantilizes them, implying they are incapable of dealing with life’s challenges as rational adults. Yes, they should eat, drink and be merry — just don’t have them drink because that’s the only way they can be merry.

This story first appeared in the July 12 issue of The Hollywood Reporter magazine. To receive the magazine, click here to subscribe.