Skin-care master Kate Somerville reckons she’s one of the hardest- working women in Hollywood — especially this weekend, ahead of the Emmys.

With clients including Lucy Hale, Lili Reinhart and Katharine McPhee Foster, Somerville has so many appointments between now and Sunday that she’s lost count: “I don’t even know. It’s crazy. This is when it starts for us. We have one after the other,” she told The Hollywood Reporter at the Daytime Beauty Awards on Friday at the Taglyan Complex in Los Angeles. “This is our season. This is when we get the busiest at the clinic. We just gear up for this next three, four months.”

Some of her popular treatments include the DermalQuench, which pushes hyaluronic acid deep in the skin. Somerville also says anti-aging services and lasers are popular to stimulate collagen before a red carpet: “Just giving that glow, that beautiful complexion.”

McPhee Foster, a self-described “longtime Kate Somerville goer,” was on hand at the event to present Somerville with the Outstanding Achievement in Skincare award, calling her an “incredible woman” and “a genius in the world of skin care.”

Somerville used the platform to advocate for increased support for and investments in women in business. “This is what we need to change, especially in the beauty industry, is 2 percent of women get funded. This is a struggle that I have had to get my healing message out there,” she said. “We need to glam together in the beauty industry because us women, we’re strong together.” 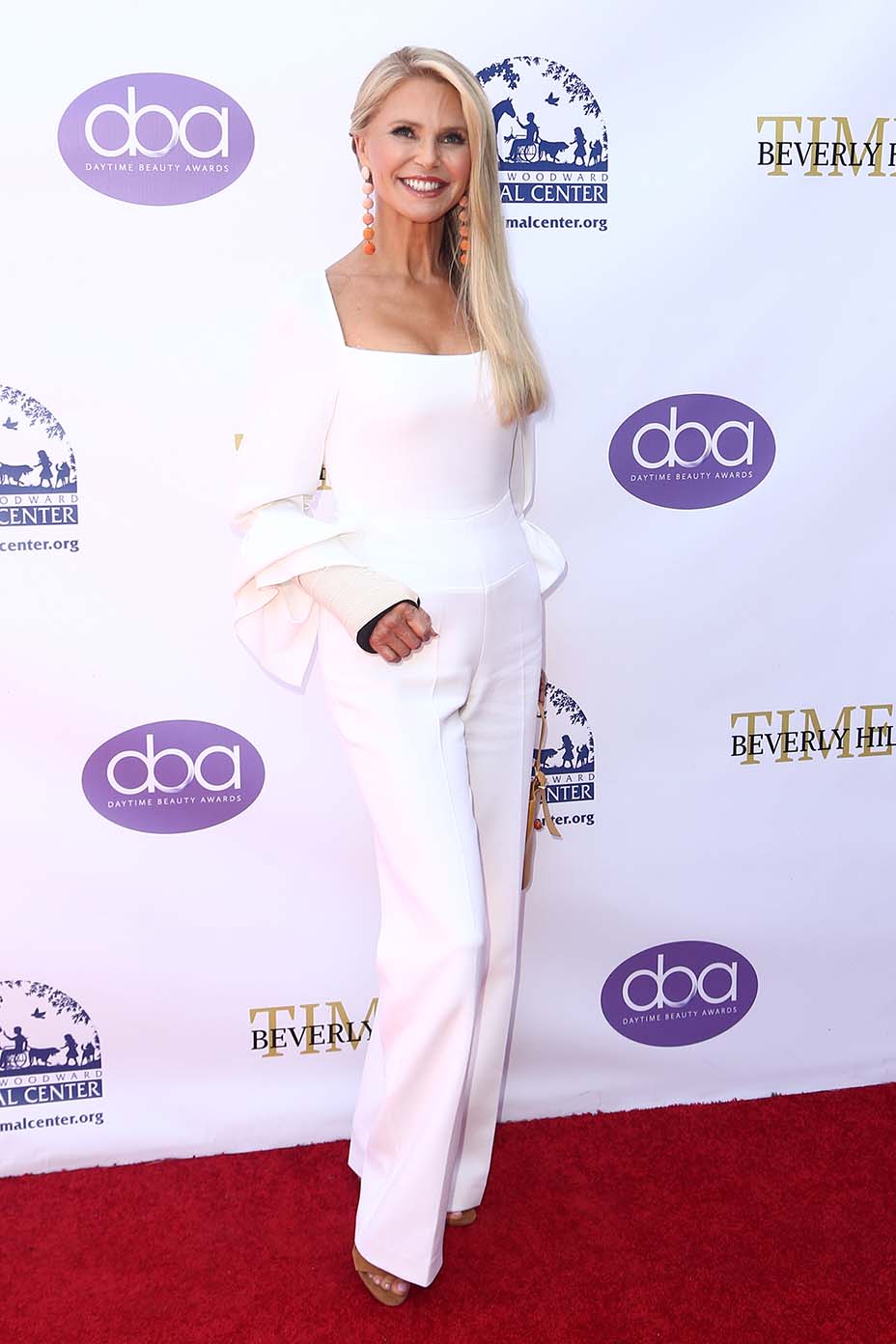 Then winning the Outstanding Achievement in Health prize was Christie Brinkley, who spoke about dropping out of Dancing With the Stars after falling and breaking an arm during a rehearsal, announced Monday.

“I’m sorry that I didn’t arrive the picture of health, since I’m supposed to be inspiring women my age,” Brinkley said while wearing a white bandage on her right arm. “I’m 65 and a half. I was doing Dancing With the Stars because I thought, what a great opportunity to say to women my age, ‘Let’s take on new challenges and do new things.’ And of course I fell down. But you know what, I’ve never had so much fun breaking a bone before. It was really fun. And so I hope that my message is still valid to go out there and adventure.”

Tommy Chong also turned up to accept the Zen Award for advocating for the benefits of cannabis and CBD, receiving the largest applause of the day.

“The one thing that I always credited my success [to]…is the magic marijuana plant. If it wasn’t for marijuana, I wouldn’t be here today,” the comedian said, explaining that it helped him with his prostate and rectal cancer. “People want to know, ‘How does marijuana work with cancer?’ I don’t know the scientific thing. The way I think it works is the cancer cells get so fucked up, they forget why they’re there,” he joked.

Fashion designer Rachel Zoe took to the stage to pay tribute to her skin guru Ivan Pol, whom she met a year ago to try his signature Beauty Sandwich, featuring radio frequency technology. “The sweetest soul I had ever met. After that time, like nothing I’d ever experienced, everywhere I went, everyone said, ‘Your skin looks unreal,'” Zoe told the crowd. “He changed my skin. He changed my face.”

Will & Grace makeup artist Patty Bunch later presented Oxygenetix with Brand of the Year after working on set with its oxygen-rich, skin-friendly foundation, worn by stars including Gal Gadot, Anne Hathaway, Melissa McCarthy and Kate Bosworth.

“I’m always searching for that perfect, flawless product. I found Oxygenetix. When I’m transferring an actor into a character…their foundation held up beautifully all day,” Bunch said. “When they took it off, their skin actually looked better and healthier.” 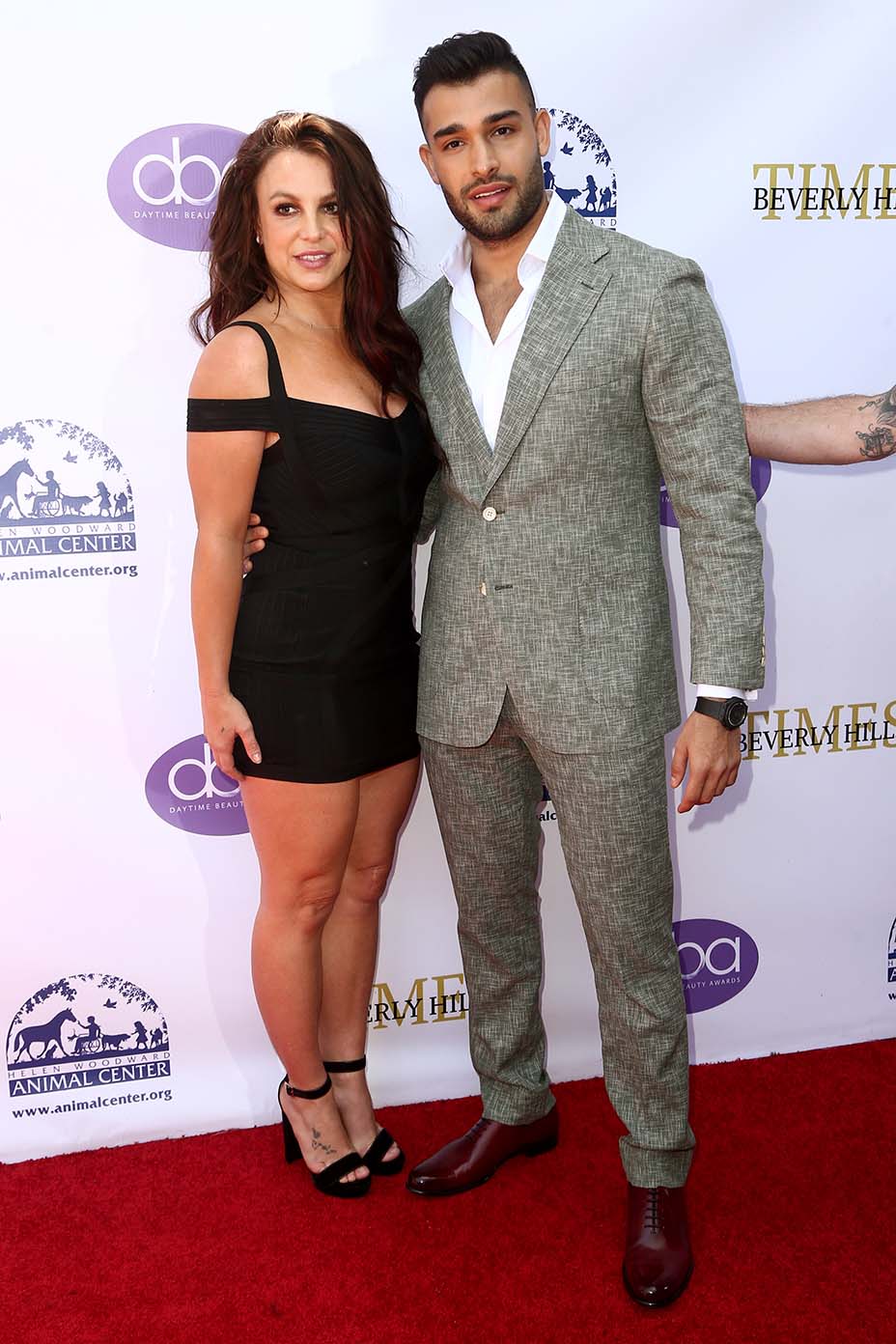 Also honored at the second annual ceremony was fitness trainer Sam Asghari (who attended with partner Britney Spears), hairstylists Ted Gibson and Jason Backe (who have tended to the locks of Sandra Oh, Jessica Chastain, Rachel Brosnahan and Lupita Nyong’o) and dentist Rick Glassman, who worked with Brad Pitt and David Fincher on Fight Club; Sean Penn on The Pledge and The Assassination of Richard Nixon; and Johnny Depp on Pirates of the Caribbean and Alice in Wonderland. Ron Perlman sent in a congratulatory video message to Glassman, calling him “my dear friend and frequent savior.… Your creativity, your genius, your sure-handedness and your quick wit make it fun and very rewarding to go to the dentist.”