The film, which The Hollywood Reporter is exclusively debuting the trailer (above) and poster (below) for, follows aspiring filmmaker David (Brandon Polansky) as he falls for the quirky and outgoing Sarah (Samantha Elisofon).

David is struggling to come to grips with his own high-functioning autism, insisting he’s “normal” at the beginning of the trailer, but he’s won over by Sarah, describing her as “weird,” and saying, “I’m weird too.”

The trailer shows the two meeting at the Jewish Community Center, venturing to the Brooklyn Bridge together and getting to know each other as they deal with Sarah’s romantic past, David’s judgmental mother (Jessica Walter) and their own preconceptions about love and relationships.

The film was written and directed by Rachel Israel and is based on an award-winning short film developed by Israel and Polansky, inspired by Polansky’s experiences with a community of adults on the autism spectrum.

Keep the Change premiered at the 2017 Tribeca Film Festival, where it won best U.S. narrative feature and best new narrative director and received a special mention for the Nora Ephron Prize.

Kino Lorber is releasing the movie in New York on March 16, following its screening as the opening night feature of the ReelAbilities Film Festival, and in Los Angeles on March 23. 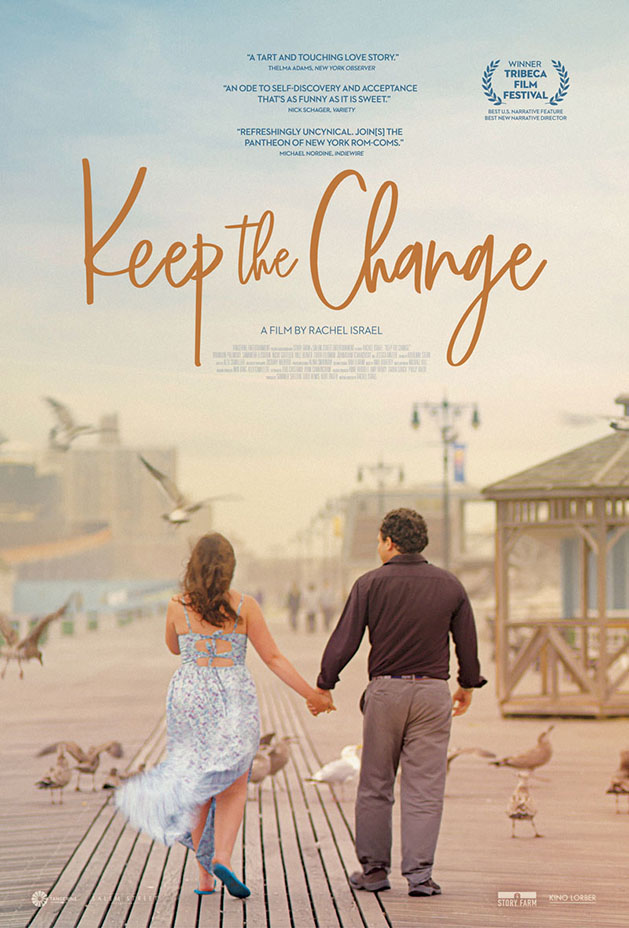 The Best Billie Eilish Merch to Celebrate ‘Happier Than Ever’