The 2020 Charity Drive will run for five hours on Saturday and, in addition to Smith, will feature the Strange Adventures creative team of Tom King, Mitch Gerads and Doc Shaner, voice actor Susan Eisenberg (Justice League Unlimited), and The Download’s Emma Fyffe. With an overall fundraising target of $5,000, the highest donor each hour of the livestream will win a prize, with the list of potential prizes featuring original art from Death of Superman writer/artist Dan Jurgens and Cully Hamner (Black Lightning: Year One, Blue Beetle).

“From the first issue of Captain America to the latest issue of Batman, comic books have always inspired many a soldier,” Smith said in a statement to The Hollywood Reporter. “Serviceheroes reading stories about superheroes has long been a U.S. military tradition, so I’m happy and proud to help Jason Inman get comic books into the hands of our servicemen and servicewomen. Those faced with the harshest realities can always use a little fantasy to lighten the load.”

The Jawiin Charity Drive for Service Members was founded in 2015 by writer Jason Inman — the name Jawiin comes from his name Ja[son] Wi[lliam] In[man] — and, in the years since, has partnered with Operation Gratitude to provide almost 150,000 comic books to service members overseas, soldiers recovering in hospitals around the world, and their families in the U.S. More information on the organization can be found on the official Jawiin Charity Drive website.

The livestream will be available on that same website from 12 pm through 5 pm Pacific Nov. 14. 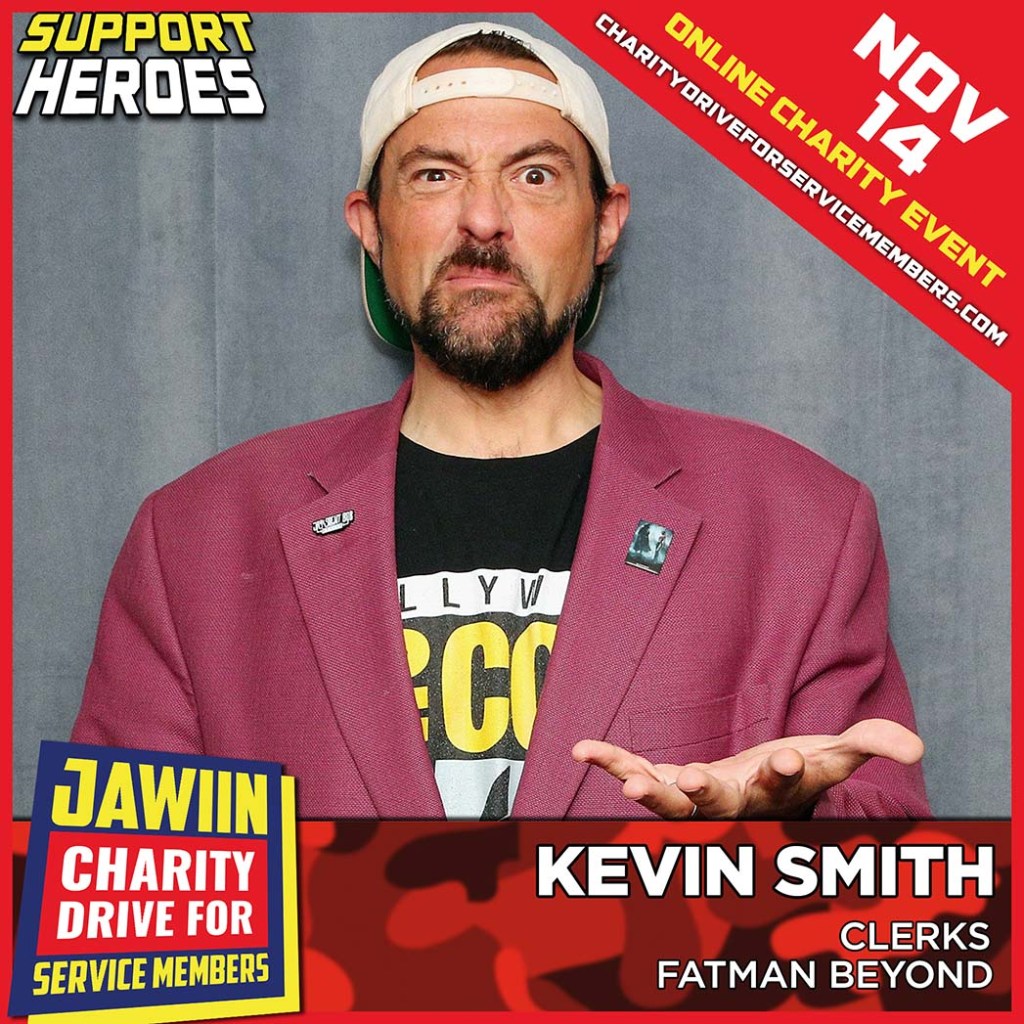 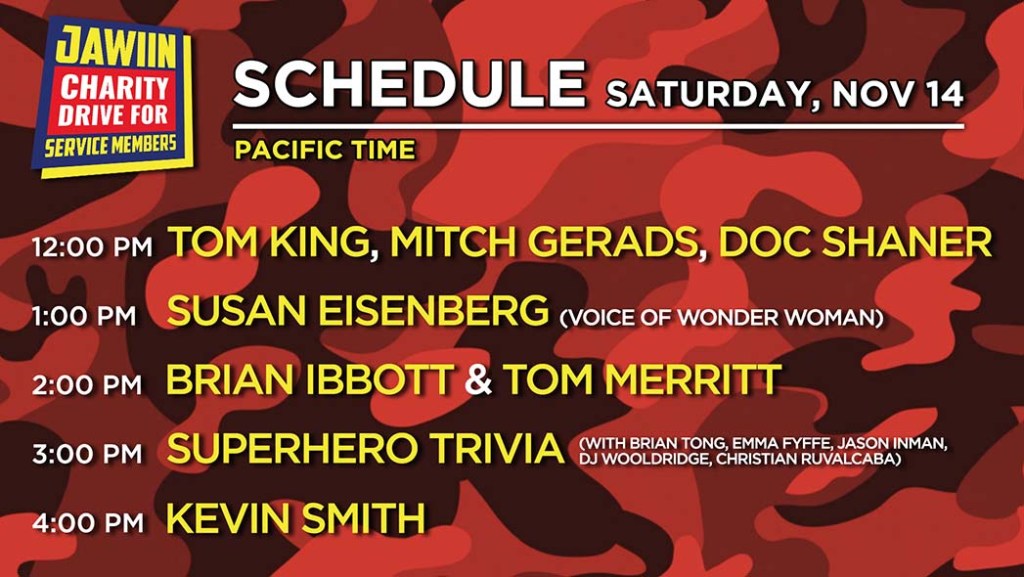