There is a version of intimacy that develops over time between reporters and a select few who become their sources. You don’t hang out. You don’t go to each other’s houses. Instead, you talk on the phone, often with the understanding that everything is off the record. You analyze the news of the day. You joke. You observe the town with a shared sensibility; you develop a shorthand.

Maybe the source’s motive is that he (usually he) wants to swap information, smite his enemies or keep you close so you don’t smite him. You never know exactly how much candor you’re getting, but you know the exchange requires a degree of trust. These people put their career in your hands. That was the relationship I had with Brad Grey long before he became chairman of Paramount.

In this era of internet immediacy, perhaps I should have slapped together a remembrance as soon as we learned of his death. But like many who knew him, I was too shocked to formulate thoughts. He died so suddenly, so young at 59, and had seemed in good shape just recently. My first impulse was to call him and demand, “What the hell, Brad?” 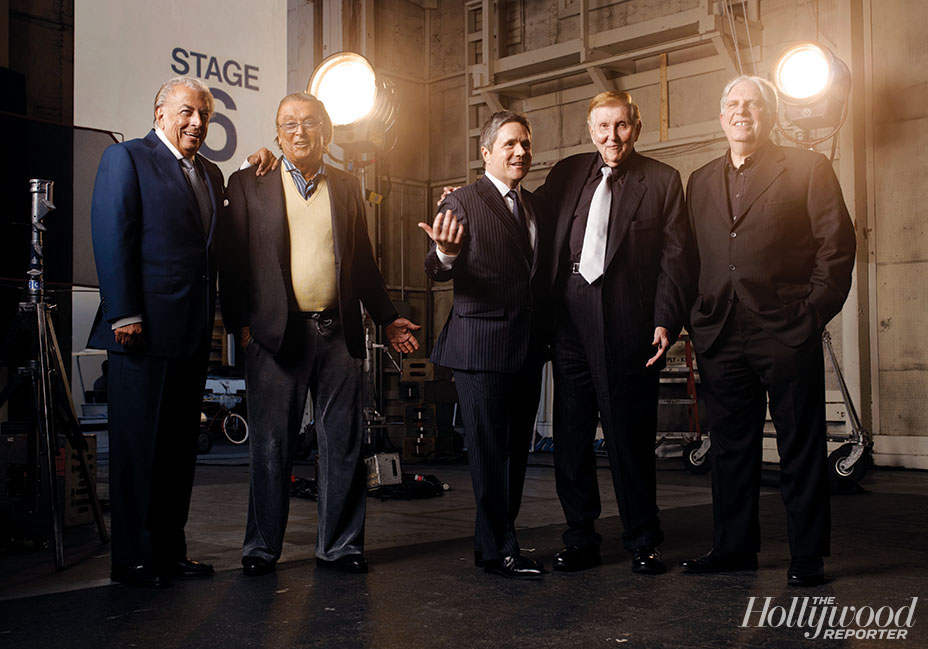 He had known he was sick for a long time but told almost no one. It seems his higher-ups at Viacom didn’t know. (Viacom declined to comment, but CEO Bob Bakish said publicly that the news was “shocking for everyone, ourselves included.”) I hear Brad may have confided only in Bob Daly, his friend and discreet adviser, and confidant Lorne Michaels.

I told Brad once or twice recently that he sounded tired, but he deflected that. On a couple of occasions, I thought that he was slightly slurring his words, and I wondered whether he might have had a drink to cope with the stress of Paramount’s terrible box-office run and the growing threat of being fired. But he was still shrewd and funny, and I didn’t think much of it, which obviously was how he wanted it to be.

Exactly how I developed this relationship with Brad remains a mystery to me. A few years after he had started as a manager at The Brillstein Co. in the mid-1980s, a friend of mine invited me to lunch with him. It didn’t go well. I could read the distrust in his eyes. The conversation was awkward. 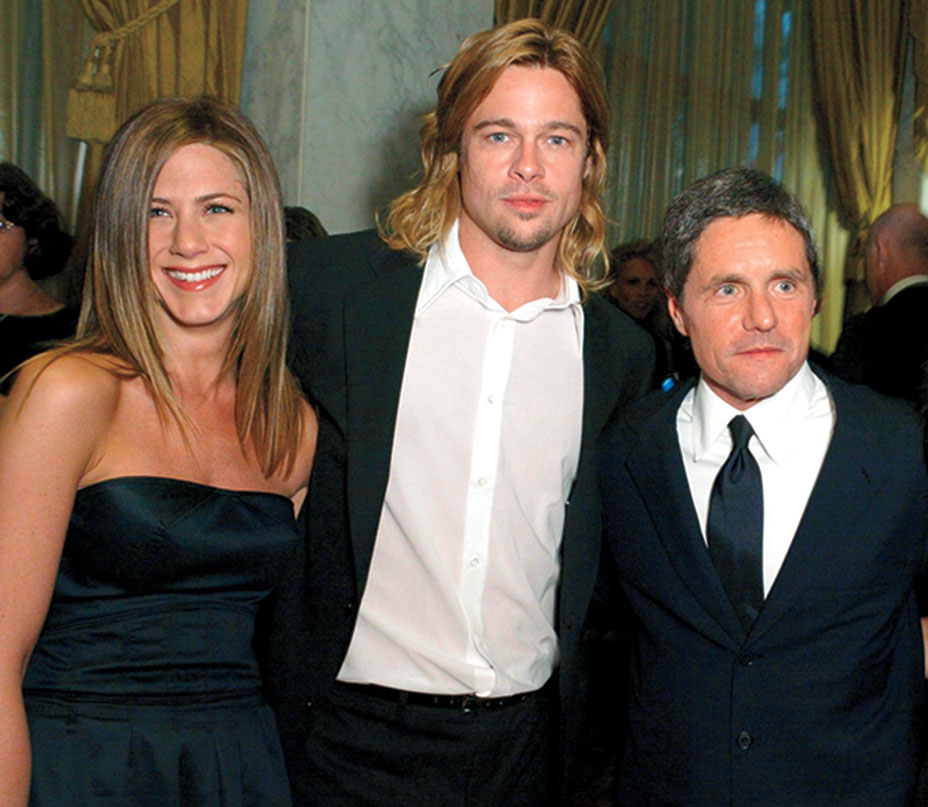 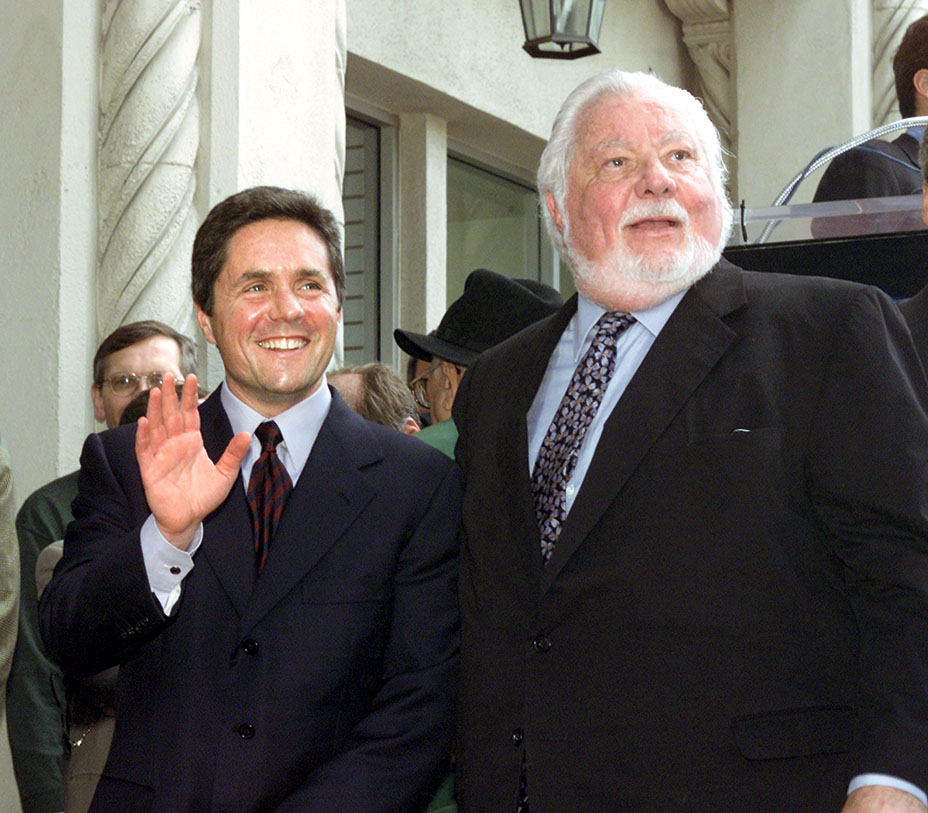 That was it for a long time, but I talked often with Bernie Brillstein, the smart, funny, legendary manager. He touted his protege as a huge talent who’d one day rule Hollywood as Michael Ovitz (whom Bernie detested) did in that era. So I began to pursue Brad again.

I can’t remember all the halting steps that finally led to a breakthrough, but I do recall one of them. It was during the brutal late-’90s legal battle arising from Garry Shandling’s allegations that Brad, as his manager, had multiple conflicts of interest. (The Larry Sanders Show was among Brad’s memorable credits, as were The Sopranos and Martin Scorsese’s Oscar winner The Departed.) Brad had countersued, accusing Shandling of “aberrant and irresponsible behavior.”

In July 1999, the suit settled. The adversaries agreed to meet face-to-face in what was going to be an uncomfortable encounter. Just after it ended, I called Brad to ask how it had gone. Until that moment, he had been guarded, even when he was off the record. And as he began to answer, it seemed like I was going to get more of the same. “It was fine,” he said. But then he suddenly dropped the mask. “Of course, I wanted to rip out his f—ing trachea,” he said.

From then on, we talked with growing candor — or so it seemed. Most of the time, he stayed grounded in reality, unlike some executives who pretend that a box-office bomb is a hit because it made two bucks in Thailand.

Brad’s many detractors might say he had no shame, and in some instances, he didn’t. The sad turn in his relationship with Brillstein, whom he eventually tried to elbow aside despite all that Bernie had done for him, including making him a name partner in his firm, revealed the ruthlessness of his ambition. It also was revealing that Bernie, feeling hurt and betrayed by his surrogate son, still loved him anyway.

Usually, Brad was unapologetically himself, which had a powerful appeal. Brad never leaned on me to spin a story his way. I remember having one particularly heated clash with the studio over an article about an expensive in-the-works franchise film. Brad steered clear of the conflict. He said we had a long-standing relationship, and a story about a movie was not going to end it.

The mutual understanding was that we would keep bullshit to a minimum. One day in early 2005, Brad called me. I was on vacation in Hawaii. “Why didn’t you call me?” he asked.

“Why would I call you?” I replied. 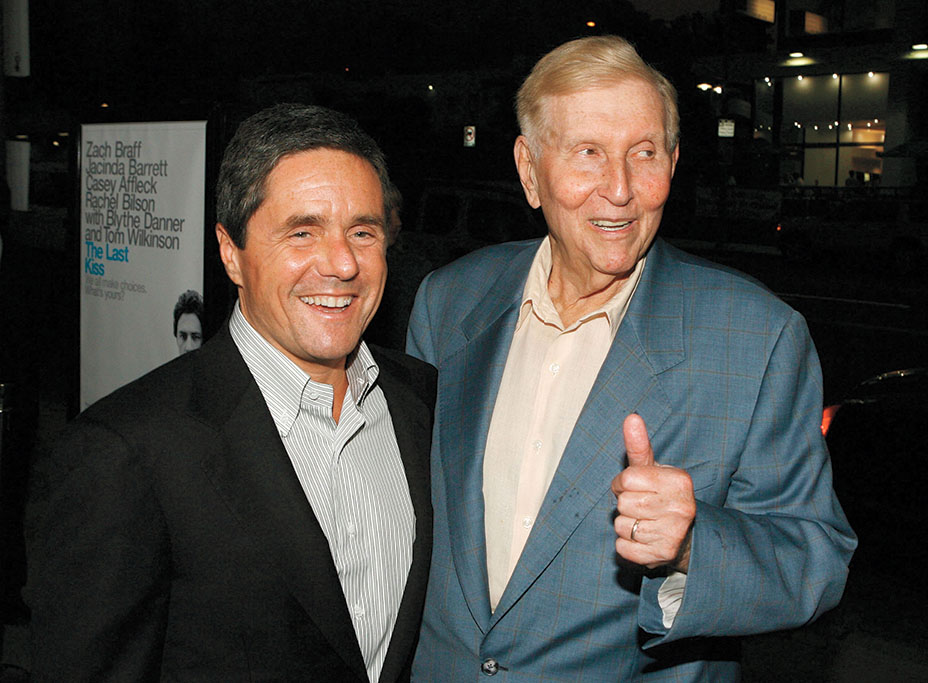 Those were pre-iPhone days, so I did not know he had been named the chairman of Paramount. When he told me the news, I was surprised. He was making a fortune as a manager and lacked movie experience. He had concealed his interest in a big studio job. Just a few months earlier, he had offered an appraisal of the role of studio executives to GQ: “At this point you’re simply there to make your quarter and give the parent company a good story to go to Wall Street with,” he said. “Most of my friends — the guys who are running the studios now — will candidly tell you that quite a few of them simply did it for the plane. But I prefer to pay for my own plane.”

But now he told me it was time for a change. A question popped into my mind. Brad had been a client of private investigator Anthony Pellicano, who was at the center of a burgeoning scandal. (Pellicano was arrested in 2006 for wiretapping and racketeering and remains in prison today.) Some thought Brad would get caught up in career-ending fallout. So I asked: “Have you chatted with your bosses at Viacom about your relationship with Pellicano?”

Brad said he had, and it was all fine. I knew he’d gone through a period of anxiety about the case, but one day he assured me that nothing would happen to him. I assume the U.S. Attorney’s Office had told him. Yet the point is that when I brought up Pellicano on the day he was basking in his career coup, he accepted the question as reasonable. When it later became clear that he truly was off the hook, I said, “Let’s not say you’re innocent. Let’s just say you’re lucky.” He was fine with that, too. 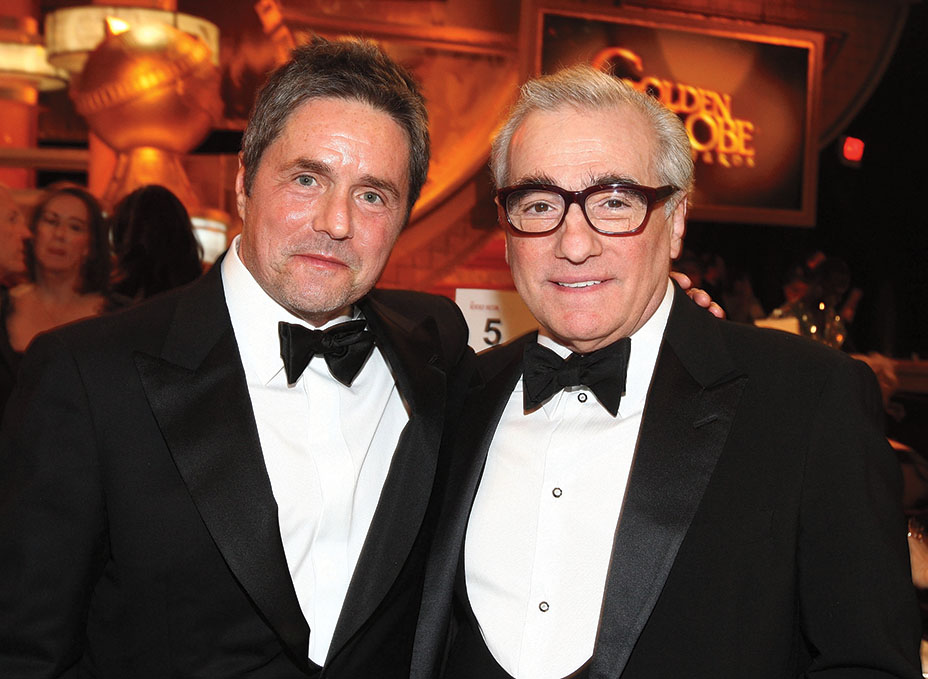 Brad was funny. I’ve told this story before, but now I can put a name to it: Once, when I said that I’d just had a five-hour lunch with Warren Beatty — who has a great reluctance to get to the point — Brad said, “Oh, you only had hors d’oeuvres?” When I told him I had a lunch scheduled with Ovitz at Barney Greengrass, he said mischievously, “Let me tell you how it’s going to be.” He knew Ovitz choreographed everything. “You’ll be seated in this private room,” he said, “and then eventually the chef will come in and they’ll banter to show you what a regular guy Mike is.” Everything went exactly as Brad predicted.

I can’t begin to describe how entertaining it was the past year or two talking about the wild battle to eject Sumner Redstone’s lady friends from the old man’s life and the accompanying boardroom drama that led to the ouster of Viacom CEO Philippe Dauman.

Once Dauman was on the way out, Brad would blame him for failing to provide the resources the studio needed to thrive. Few in town bought that story. Brad had great skills as a manager and salesman, but he was not a great studio chief. He seemed to be doing the job he had described to GQ: Make the numbers look good and collect bonuses. But despite the many bad movies, Brad had an eye for quality. Even in his last year on the job, during which Paramount lost $440 million, the studio was in the awards race with Fences and Arrival. 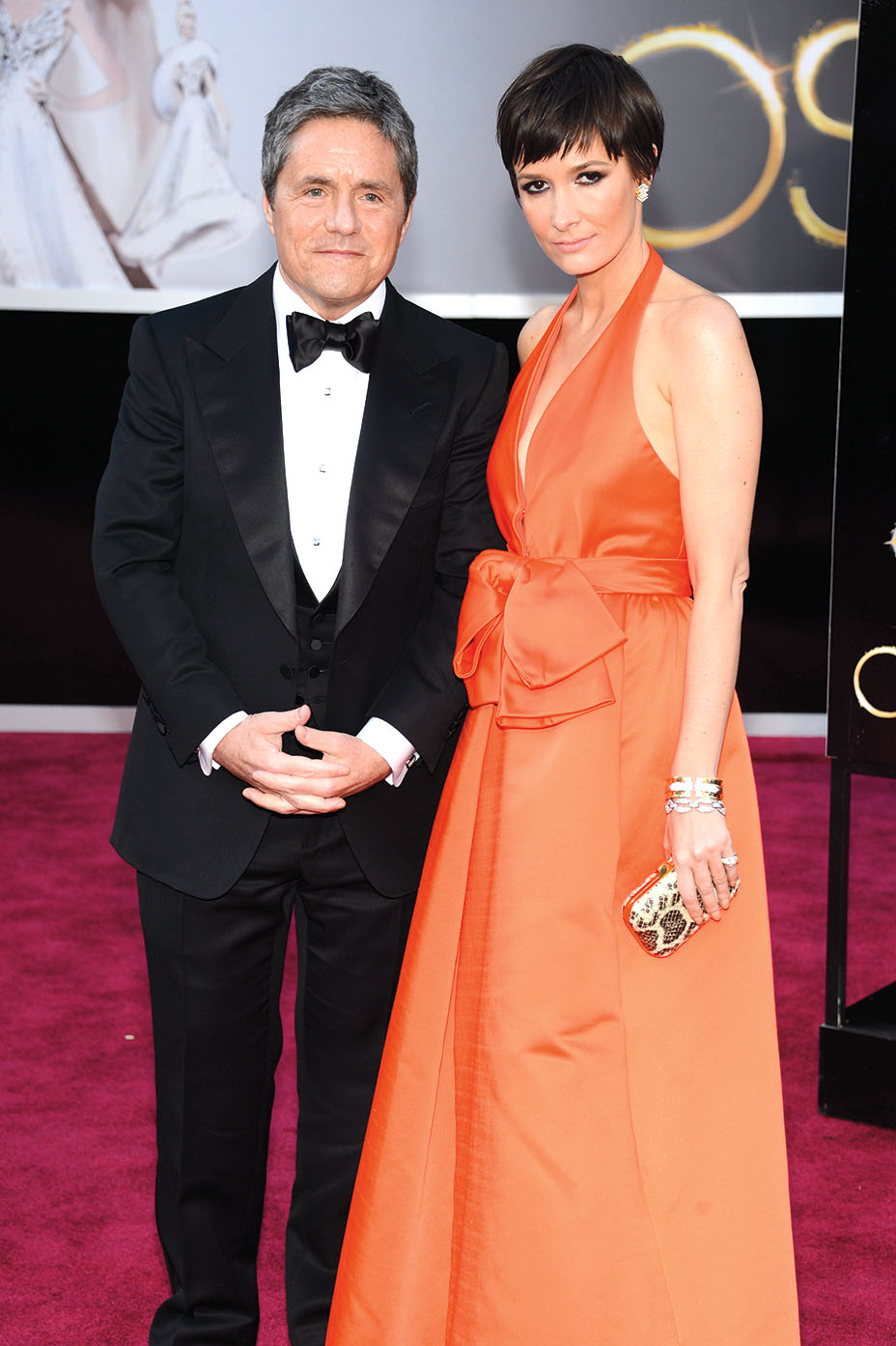 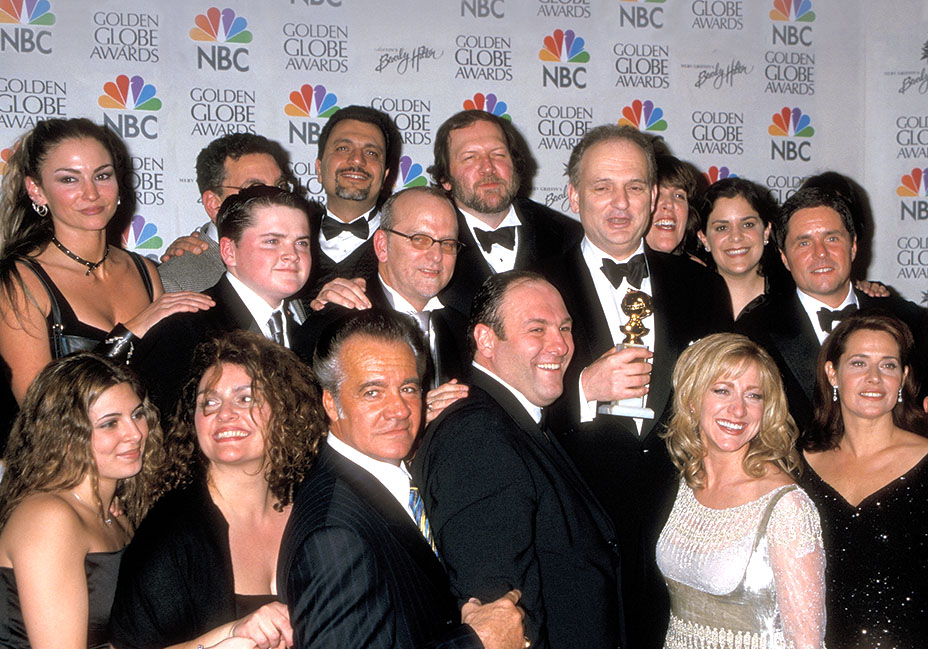 With a change in regime at Viacom and losses mounting, Brad insisted for a time that he would be perfectly fine with being paid to go away. Certainly he wasn’t telling the truth. He waged a ferocious fight to keep his job. He was sick, but maybe he still hoped he could live a while longer. Or maybe he hoped to die as chairman of Paramount Pictures.

He called me when he was fired in February and said he was going to take his time to figure out his next move. Then I didn’t hear from him for a while, and that was weird. “Are you still with us?” I emailed on April 24. “Barely,” he replied. “Call you when we return, end of the week.” I thought he must be on vacation.