In August 2019, Kingsley Ben-Adir received the script for One Night in Miami with a note that director Regina King wanted him to read for Cassius Clay. So the British actor put himself on tape, but he wasn’t really feeling the character.

“I didn’t respond to him,” he says. “But the debate between Malcolm X and Sam Cooke really jumped off the page, and I said to my agent, ‘If anything happens and Malcolm becomes available, I’d love to put that on tape.'”

Fast-forward four months, and the role of the trailblazing activist was open. Ben-Adir locked himself in a room for three days to prepare. Now, the London-based actor is generating Oscar buzz as the breakout of the One Night in Miami ensemble. THR‘s review called his Malcolm X a “towering performance … laser-focused, quietly impassioned.” The film is his follow-up to playing another iconic figure, President Obama, in Showtime’s September miniseries The Comey Rule.

The actor, 34, is making up for lost time after a relatively late start to the profession, enrolling in drama school at 21 following a stint as a secondary-school support teacher to special-needs students. THR spoke via Zoom with Ben-Adir from his home in London’s Camden neighborhood, a little over a mile from where he grew up. Sitting in front of a piano (“When I was preparing to play Gil Scott-Heron in a play, I was learning his songs on this”), he talked about advice from Mark Rylance and his interest in a Scarface remake. 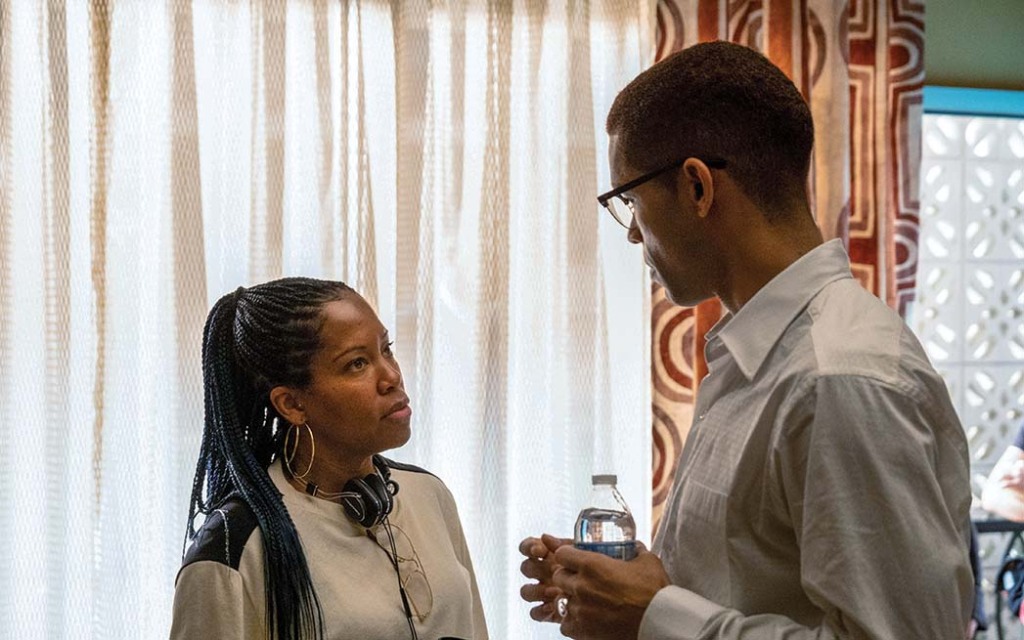 Was there another actor in place for Malcolm X who dropped out?

I don’t know the details. That stuff is really kept away from us so we can just go in a pure way and focus on the work.

What moment on set will you remember for years to come?

The night that me and Aldis [Hodge] shot that scene around the table where [Leslie Odom Jr.] storms out. The dolly track that the camera was on kept making screeching noises, and we lost a lot of the footage. We just went back to it. There was a really special atmosphere that evening.

What was the biggest challenge?

The night shoots. It was like five days of going until the sun came up. And you’ve just got to be ready to shoot no matter what.

Is there a dream project for you?

The remake of Scarface [at Universal]. I think they were going to go down the North African route, so I think Algeria and immigrants going into France, maybe, or coming to America. I just heard there was a really interesting take, and that pricked my ears up a lot.

What was the best piece of advice anyone ever gave you?

Mark Rylance told me six or seven years ago, “Stop reading reviews. They are of no use to anyone.” It can be hard sometimes.

You’ve played Malcolm X and Obama. How do you top that?

That’s what I’m trying to figure right now. Particularly Malcolm, in this project, because he was at such an interesting moment. So many things were changing, [including] his 12-year relationship with the Nation of Islam. Getting to explore such a hero where things were flipped upside down was very interesting.