For Matthew Vaughn’s second act to Kingsman: The Secret Service, he ramped up the star power with newcomers Julianne Moore, Channing Tatum, Halle Berry, Jeff Bridges, Pedro Pascal and Elton John. The new additions may have even helped push Kingsman: The Golden Circle to beating the first film at the box office for its opening weekend.

For Firth, the action film would be one more added to his long resume. And for breakout Egerton, he actually predicted he’d be starring in the second, and potentially many more to come, when he initially got the call.

The 27-year-old British actor tells The Hollywood Reporter, “There were people that were every bit as good of an actor, some that are better and plenty that are more famous than me, but I felt like I was the person to play this role.”

Below, Egerton sits down with THR to talk further about returning to the role of Eggsy, Pascal and Tatum switching roles, and what fans can expect for the next film.

What does a day in the life look like for you?

Friday night, let’s get together and have some beers with friends. I’ll hang out with my girlfriend and I like to go camping. I have a really solid group of guys who I went to school with. We all spent a lot of time together this summer. It’s pretty pedestrian stuff. I’d love to say that I was falling out of Soho night clubs and living a glamorous and rock ‘n’ roll life, but that’s not the case. When I’m working, it’s insane. For times when it’s more down, it can be seriously inactive like sitting in a room watching Netflix and eating fried chicken to a point of explosion. (Laughs.)

Would you consider living in Los Angeles full time?

At first I found it a bit foreign and daunting, but once you accept it for the beast it is, I love it. If I had the disposable cash, I’d think about getting a place here. But that’s a hell of a commitment.

What are the pros and cons to being a young actor today?

I find that I’m presented with a wide range of creative opportunity and that’s interesting. The downside is I’ve definitely become more body conscious. That comes from having to take your top off. The first time the world was introduced to me was in Kingsman: The Secret Service. I was in insane shape and there’s a pressure to look a certain way. You feel that pressure. I was a fat kid before. When someone comes up to me and says something really nice, it’s lovely. When my friends say I’m famous, I struggle with that a little bit.

Looking back, what was your immediate reaction to getting the role of Eggsy in the first film?

I knew what it was going to be in a sense. I had an instinctive feeling it was going to be something quite special. I remember feeling like you look down a path in life and everything is going to be conditioned by it. I felt like the years following the part went in a different direction. If I had ever felt a sense of fate it was in that moment. I believe in good fortune. There were people that were every bit as good of an actor, some that are better and plenty that are more famous than me, but I felt like I was the person to play this role. I never apologized for believing that I was absolutely the right person to play this part. 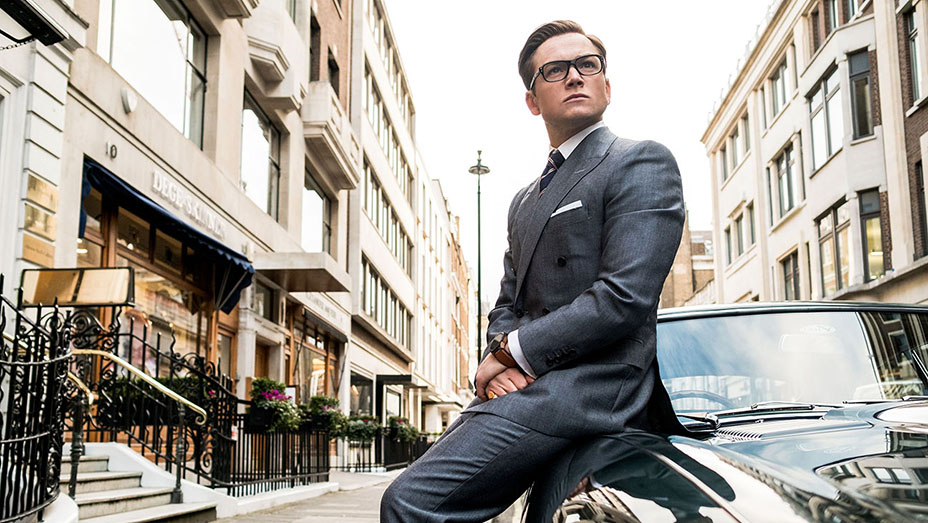 Had you ever felt that about a different role?

Never as much. There was something about this role, Matthew’s films, that time in my life and doing it with Colin. I just knew. And I’m not really anything like Eggsy, there was just something where I knew I needed to do it.

You don’t have an orange tuxedo laying around?

(Laughs.) I don’t, although I think they’re going to be the next big thing! Matthew is selling them. They’re super cool.

What did you want most for Eggsy the second time around?

I like that he’s still not there yet. A lot of people think, “OK, he’s James Bond now.” Once you’ve done that, you have nowhere to go. He still needs to learn, have mishaps and he does. He gets it totally wrong of who is who in the film. I want him to have his continued growth. If we do a third, he needs more shit things to happen to him. What that would be, I don’t know. Well, I do know!

There are several emotional moments throughout the film.

That was something we were very conscious of. Matthew, myself and Colin talked about it. In the first film one of the things people don’t talk about is when Colin seemingly dies there’s a real gut punch there. That’s what makes the film really work. You realize that you care about these two characters. We needed to build on that so you invest further in this relationship. And Matthew has such an eye for aesthetic. With all the fucking butterflies he created an amazing environment. Colin with his eye patch, there’s something really cinematic about it. 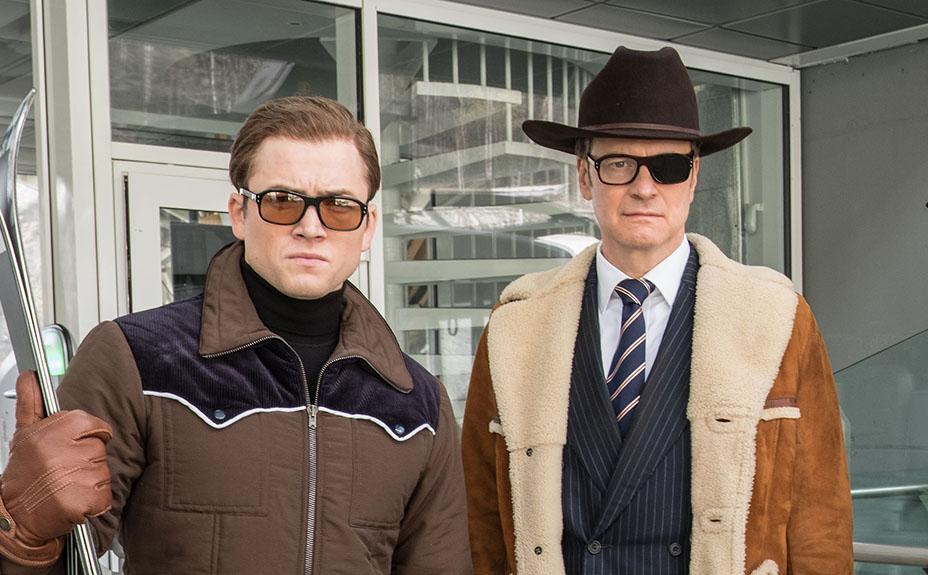 What were some standout moments working with the other stars in the film?

It’s so refreshing when you meet those Oscar-winning actors and they’re just chill. The set with Julianne, it felt like I was on for the whole movie. Everything you see of Poppy’s lair is probably the biggest set I’ve ever been on. Julianne came in for a few weeks and was so kind and funny. And Jeff is one of my heroes. I don’t know how we’re going to top it with the third. 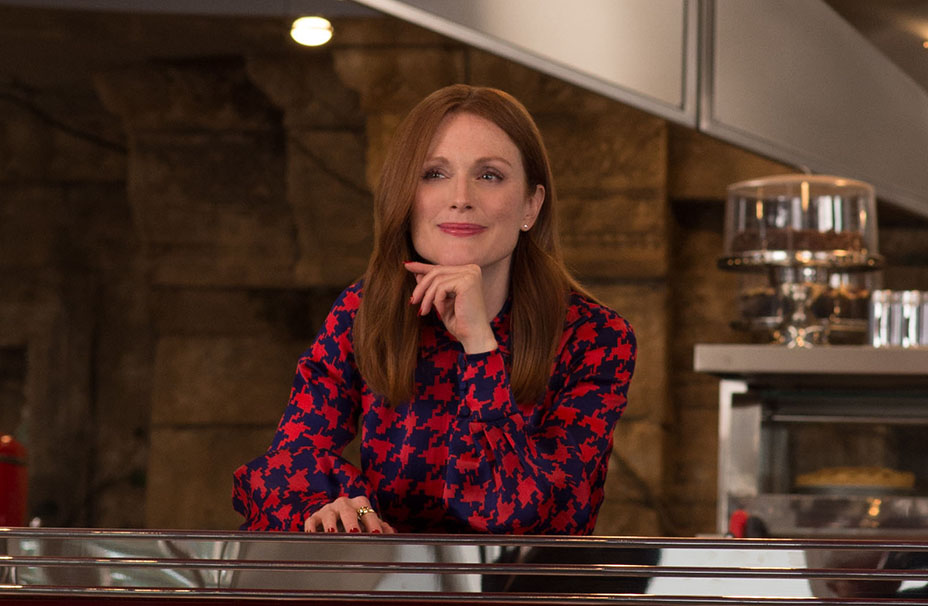 What was your reaction to finding out Elton John would be in the film?

I didn’t get to spend that much time with him, but we had one lovely conversation. He’s such an icon that you almost forget he is a real person. I still haven’t processed that I met him. He was originally supposed to be in the first film. Matthew wanted him and for whatever reason he wasn’t able to do it or wasn’t sure he wanted to. And then Elton and his partner David were huge fans of the first one. And obviously Elton likes a show and a bit of theatricality.

In the film, did Channing Tatum and Pedro Pascal switch roles?

You’re very well informed, aren’t you? (Laughs.) How did you know that? There was a shift of sorts. There was some changing because of Channing’s schedule. The thing is that the script is constantly in flux. Pedro and I got to spend so much time and months together. He’s amazing. They are both a bit mischief and I am too. We had a lot of fun. I played a practical joke on Channing and put a mannequin in his bed in his trailer with a wig and high heels on the floor, an empty bottle of wine and a cigarette. He thought someone was in his room and came out in a panic trying to find security. He then then proceeded the day he left to fill my trailer with sex dolls and huge dildos. He stuck them to the wall.

Did you have issues with the happy ending where Eggsy gets married?

It’s an interesting direction to take it in. My concern with it is that it’s quite happily ever after. I understand why you might be frustrated, but Matthew likes to take you into one direction and then take you in another. I wouldn’t presume that he isn’t a step ahead of you. It’s very much a bridge. We intend for it to be a trilogy. I have to be really careful with what I say. Who knows what’s going to happen.

Eggsy raises his kids in the castle?

They have me settle down in suburbia. (Laughs.)

What do you want to see in the third film? The ending teases that Tatum will take on a larger role.

I know the storyline. The idea for the third one will blow everything you think you know about it out of the water. But what the fuck can I say? Not much.

Would you want to see Samuel L. Jackson return as the villain?

I’d like to, but I don’t think it will happen. There is a limit to how much you can bring back characters that have died without killing the stakes of the film. But if anyone could make it work it’d be Matthew. Fans would probably like to see Sam again.

Who would you want to see join as the villain?

I know who the character is and it’s nothing like this actor, but I love Dwayne Johnson. I think he’s the right fit for it, but the villain role Matthew has described to me is not Dwayne Johnson.

'Kingsman: The Golden Circle': What the Critics Are Saying

What can you tease about Robin Hood?

It’s my first foray into big-budget filmmaking without Matthew, which is scary. But I saw some of it today and it’s really fucking cool. It’s an origin story of how he becomes this champion of the people and I do a weird style of archery that allows me to fire very quickly. One of the things you need to make a movie like this work is a great villain, and Ben Mendelsohn is amazing as the sheriff. It doesn’t feel like a Robin Hood movie. They can be a bit melodramatic and ours is very gritty. It’s weird and dark.

Kingsman: The Golden Circle is open in theaters nationwide.