Kristen Stewart says her new film JT LeRoy, which is out Friday, can help teach about the journey of gender identity.

The film, based on a true story, follows author Laura Albert (played by Laura Dern) who writes books under the pen name JT LeRoy, the son of a truck stop hooker. When the popularity of the books grows, Laura enlists her sister-in-law Savannah Knoop (Stewart) to pretend to be the male persona and make public appearances. (Knoop, who uses they/them pronouns, released their memoir in 2008 titled Girl Boy Girl: How I Became JT Leroy, which is the basis for the film).

“It’s a journey and it’s one that requires patience and actual care for other people,” Stewart told The Hollywood Reporter at the ArcLight Hollywood premiere Wednesday about the story. “I think if you become confused and therefore righteously indignant that you’re being judged for not understanding, it just means that you don’t want to. If you really want to understand and care about other people, it might take a minute, because maybe there’s not one word for it. Maybe it requires 10 sentences and that’s fine, too.”

Stewart added that the shift toward understanding gender fluidity and identity has only become “a thing” in the past couple of years. “God, like I was answering questions that negated this point two years ago and feeling like I had to answer them, when I’m like, ‘Dude, can we not get to the point where we don’t?’” Stewart told THR.

“You should have room to find it for yourself,” Dern added to THR. “Maybe it’s the individual who doesn’t know. Beautiful thing.”

Director Justin Kelly stresses that it’s both “bizarre” and enlightening how Savannah is learning more about “who she is as a person” by playing a fictional male character. “If anyone were to see it and think that they could be whoever they wanted to be — that’s not the goal of the movie in terms of lying to people, but in terms of embracing who you really are as a human being — then that can be one great thing to take away from it,” Kelly told THR.

“Everything is way more fluid and way more gray than anyone wants to believe,” added co-star Kelvin Harrison Jr., who plays Sean. (Harrison describes the character as “kind of like queer…. I kind of wanted to have a masculine femininity.”)

Stewart said she realized after reading the script how much more “wild” and “insane” and “salacious” the story must’ve been than it looked on the outside. “Obviously, it was this elaborate story that wasn’t necessarily representative of a black-and-white truth, but I found so much truth within the conception of that story involved with Savannah and Laura,” Stewart said. “It’s really an epic tale and it’s really worthwhile because it concerns identity and finding your own agency as an artist.”

Dern agreed: “It’s about finding yourself and to find your truth through lies is a really fascinating journey.” She believes, in her character’s case, that she was creating veils in order to be the artist she wanted to be and to express that she had been traumatized and abused — “and didn’t know how to say it for herself, as though she was almost not entitled to that or would be judged for it. And she learned about identity and freedom of art in a way through this muse that became the body and the being that spoke to this invention that was her pain.”

On the red carpet at the premiere, Dern and Stewart displayed their friendship, greeting each other with a hug and doing joint interviews together. “She’s so brilliant and eloquent,” Dern gushed of Stewart. “[It] was a very intimate and amazing experience to do with a fellow actor and buddy.” 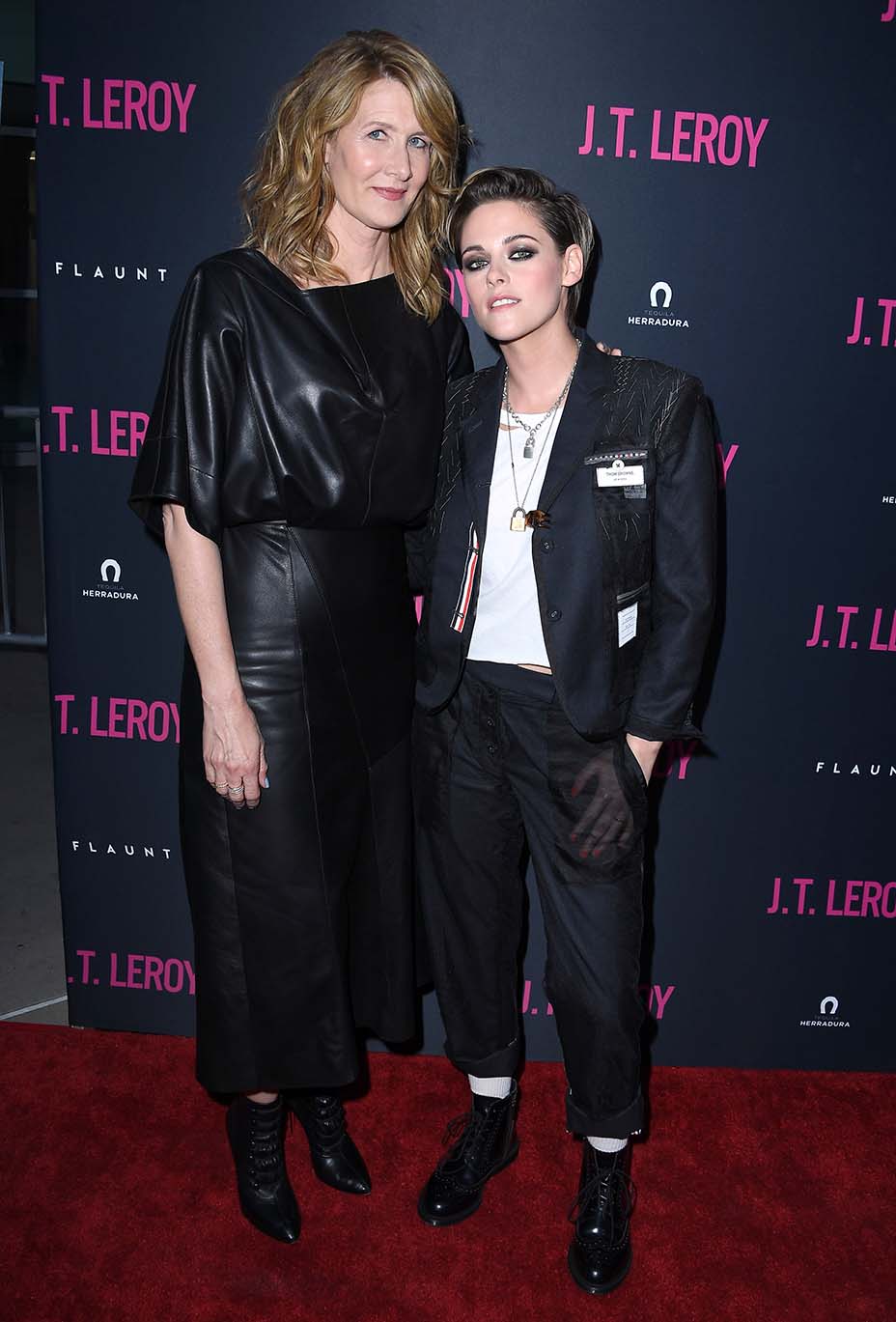