It’s after Black Friday and Cyber Monday. And on Giving Tuesday you just gave to yourself (hey, we’re not judging). You’ve bought a new TV, spent money on Disney+. But now the crunch is on. You’ve got to get a few presents for other people (oh, fine, maybe something else for you, too. Now we are judging.)

In the (ahem) present state of the geek and nostalgia market, where to begin? What to get? Well, here at Heat Vision, our professors of presents have some ideas.

You can’t go wrong with a lightsaber. Everyone in all age brackets loves them. And they seem to be getting better and better all the time. Why, I bet that next Christmas, we’ll have actual lightsabers that can laser-saw your friend’s arms off. Until then, though, there is this bad boy from Hasbro. 80 LED lights, different sound effects, metal hilt. $299.99

Cannes: Jeremy Strong Says World of 'Succession' Can Be Traced Back to Events in 'Armageddon Time'

Bonus: If the price tag scares you, the Star Wars Scream Saber is available for 1/10th the price. What’s cool about it is that, although it comes with neat sound effects, you can record your own noises. Technically, this is for the kiddies, but let’s face it, this is sure to be abused by grown-ups as well. (We use that term loosely.)

If you can afford to get a nice copy of The Incredible Hulk No. 181, then congratulations and move on to the next entry. But chances are, you can’t. So get the next best thing: This special two-figure pack that will allow you to re-create the cover and moments from that comic is a cool and highly articulated way. Coming in a $59.99 (way cheaper than a Hulk No. 181 9.0 at $6,300), the pack also comes with two alternate hands.

Bonus: If you’re into re-creating cool moments from X-Men history, there is also the Marvel Legends Colossus vs. Juggernaut, which is inspired by X-Men No. 102. Also $59.99

Lego long ago transcended the kids’ toy section and it’s because of  the many physical and mental benefits of brick building. And it’s also because of things like this: the high-end, 3,300-piece Batmobile as seen in the 1989 Tim Burton Batman movie. The set is recommended for the 16-plus crowd and will measure over 23 inches long, 4 inches high and 8 inches wide when built. $259.99

Bonus: With Rise of Skywalker just week away, ’tis the Star Wars season and we’d be remiss if we didn’t mention the 4,700-plus piece Imperial Star Destroyer from Lego’s Ultimate Collector Series. It’s one of the biggest Lego sets of all time and at $699.99, for the serious collector-builder. 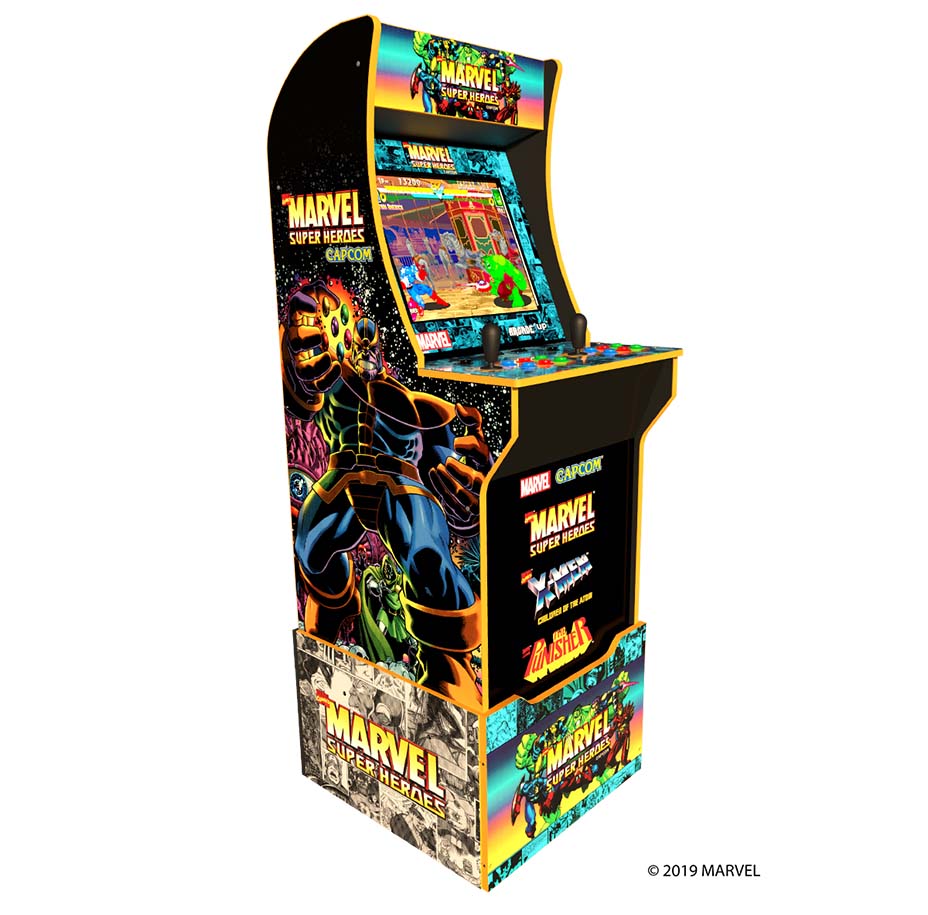 Arcade1Up has made a name for itself this year with a line of arcade games that are three-quarter-scale versions of the vintage originals. And while said originals can cost thousands, these are in the $299.99 to $399.99 range. The Marvel one comes equipped with three Capcom games -— Marvel Super Heroes, X-Men: Children of the Atom, and The Punisher — and a custom riser that elevates the cabinet. Available at Walmart and Gamestop. There is also a limited-edition riser available only on the company’s website, ready for pre-order only at this stage. 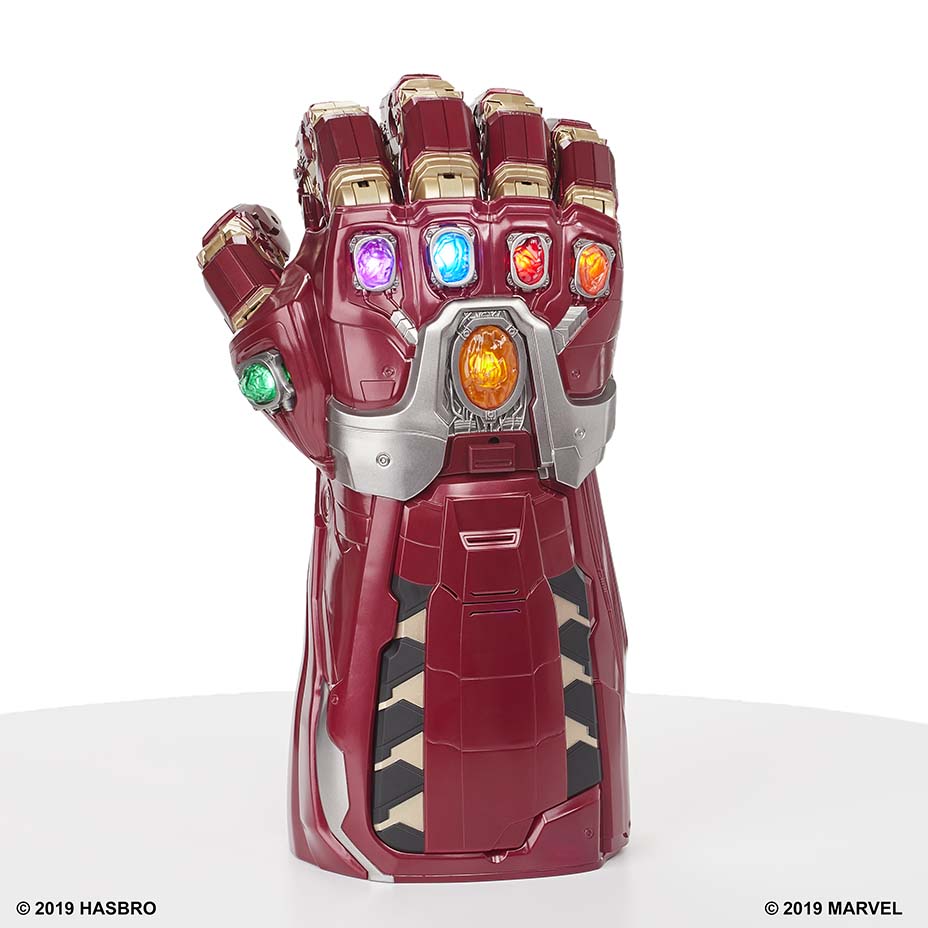 OK, this one is a bit (OK, a lot) of a tease, since one of the hottest items of the season is unavailable through normal channels.

The super-duper Infinity Saga Box Set Collector’s Edition has all 23 Marvel Cinematic Universe films to date, in 4K Blu-ray, plus a bonus disk with deleted and extended scenes. It was only available at Best Buy and even at $549.00, it totally sold out. So what to do? Ebay may be one of your only options but be warned: the Ghost of Christmas Gouging tells us you’re going to be paying around $1,000.

Bonus: It’s not the Saga but it’s not a bad consolation prize … Hasbro’s Marvel Legends Avengers Power Gauntlet (pictured above). Six infinity Stones pulsating with light, sounds effects when you clench your fist. Why, it’s like you’re Thanos himself! $99.99.

It’s not every day that a piece of music from a film or series moves us here at Heat Vision but darn it if the score by Ludwig Goransson doesn’t put an extra spring in our step and an extra spark in our saber. The wind instruments, the synth, the chimes, it’s space meets samurai and immediately a worthy addition to the Star Wars musical canon. The score is being made available per episode, digital only. Our money is going toward episode one. $8.99 per episode or $1.29 per song.

Bonus: The HBO’s Watchmen score by Trent Reznor and Atticus Ross, now in two volumes, may scratch an itch for those looking for something more dark and moody. 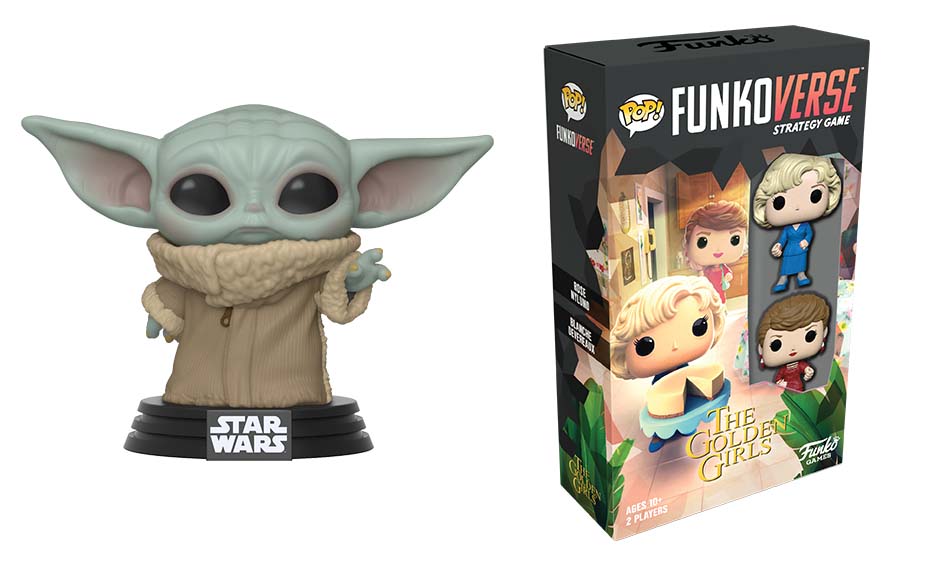 (Almost) everyone loves those cute Pop! figurines. This year the company introduced a strategy game where mini Pop!s are the playable pieces. There are two DC/Batman-centric games, plus Harry Potter, Rick and Morty and … wait for it …The Golden Girls versions. And last month, Funkoverse was nominated for the game of the year TOTY (Toy of the Year) Award.

Bonus: If you have the patience, Funko will have a Baby Yoda Funko for sale … but it’s only available for pre-order and won’t hit until spring. Baby Yoda will come in regular Pop! size as well as a 10-inch size. Why, that’s almost 1:1! 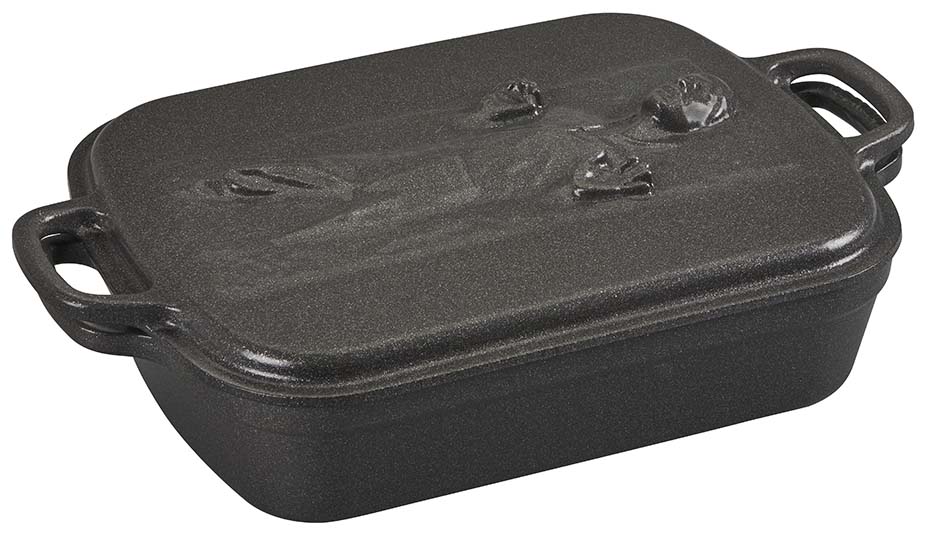 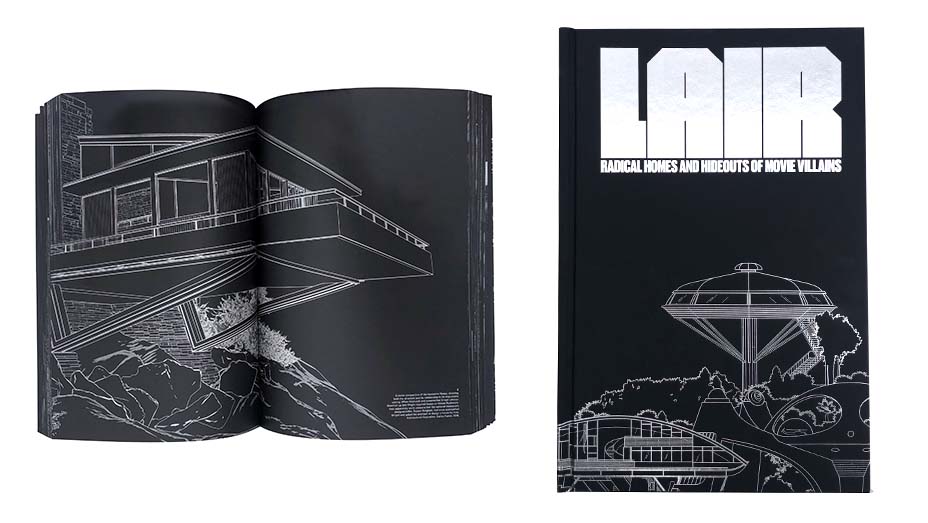 The word “lair” has become part of our lexicon, and why not? A bad guy’s man cave can sometimes outcave the Batcave itself. This handsome tome from Tra Publishing takes the architectural high road in looking at some of cinema’s grandest lairs, from The Spy Who Loved Me and North by Northwest to Superman and Star Wars to The Incredibles and Blade Runner 2049. There’s also analysis from architects and culture critics, Q&As with filmmakers and production designers, all in a strikingly designed book that has silver ink on black paper and would be right at home is said lairs. $75. 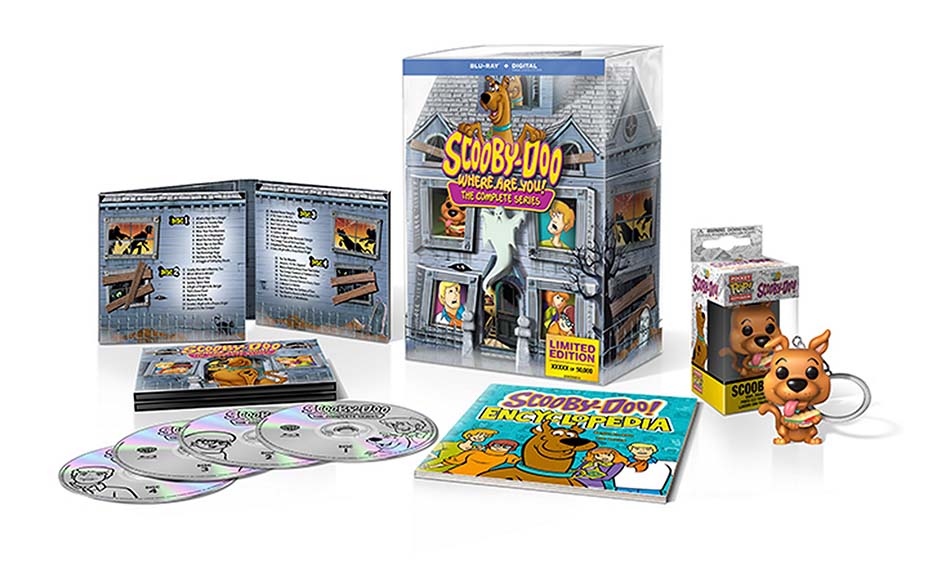 Scooby Doo, Where Are You! Complete Series Blu-ray

‘Tis the season for special boxed sets, and while some of them are super-spiffy, many times it’s stuff you probably own. Well, Warner Bros. Home Entertainment has a fun “Mystery Mansion” giftset for the 50th anniversary of the indelible and goofily influential series that features all 41 original episodes on Blu-ray for the first time. Tons of brand-new bonus content plus collectibles for $89.99.

Bonus: WBHE also has, for the first time on Blu-ray, Batman Beyond: The Complete Series Limited Edition. Discs, books, a Funko Pop! and more. Dirty secret: The well-regarded series had most of its episodes remastered but kept the cel dirt. $99.99