In a set the needs to be seen to be believed, Lego and Nintendo have partnered for a brick version of the 1980s Nintendo Entertainment System.

The set, clocking in at over 2,600 pieces, is intended for adults and is aiming to hit gamers and nostalgia hounds.

“Super Mario has been a cherished figure in the gaming world for over thirty years now,” said Maarten Simons, creative lead on Lego Nintendo Entertainment System, the Lego Group, in a statement. “Many adults still fondly remember that first time they saw Mario leap across the small screen, even if the graphics were a lot simpler than they are today. With the LEGO Nintendo Entertainment System, we’re letting them truly indulge in that nostalgia, re-creating one of the most-loved consoles of all time so they can see the Super Mario from their childhoods once again – and even to share the experience of gaming in the 1980s with their own children.”

The 1980s NES was one of the best-selling consoles of all time and has a special historical place in the history of video games as it was the console that changed perception of video games from that of a toy fad to an engaging and popular medium.

The Lego NES set is a mechanically functional Lego version that includes a controller with a connecting cable and plug and even an opening slot for the Game Pak with a locking feature. The console also comes with a buildable retro TV, featuring a flat 8-bit Mario figure on, get this, a scrolling screen.

Also included is a Lego Mario from the Lego Super Mario Starter Course, unveiled earlier this year, that once plugged in, reacts to onscreen enemies, obstacles and power-ups just as he would have in the actual Super Mario Bros. game.

No price point has been revealed at this stage.

Check out the images and video below. 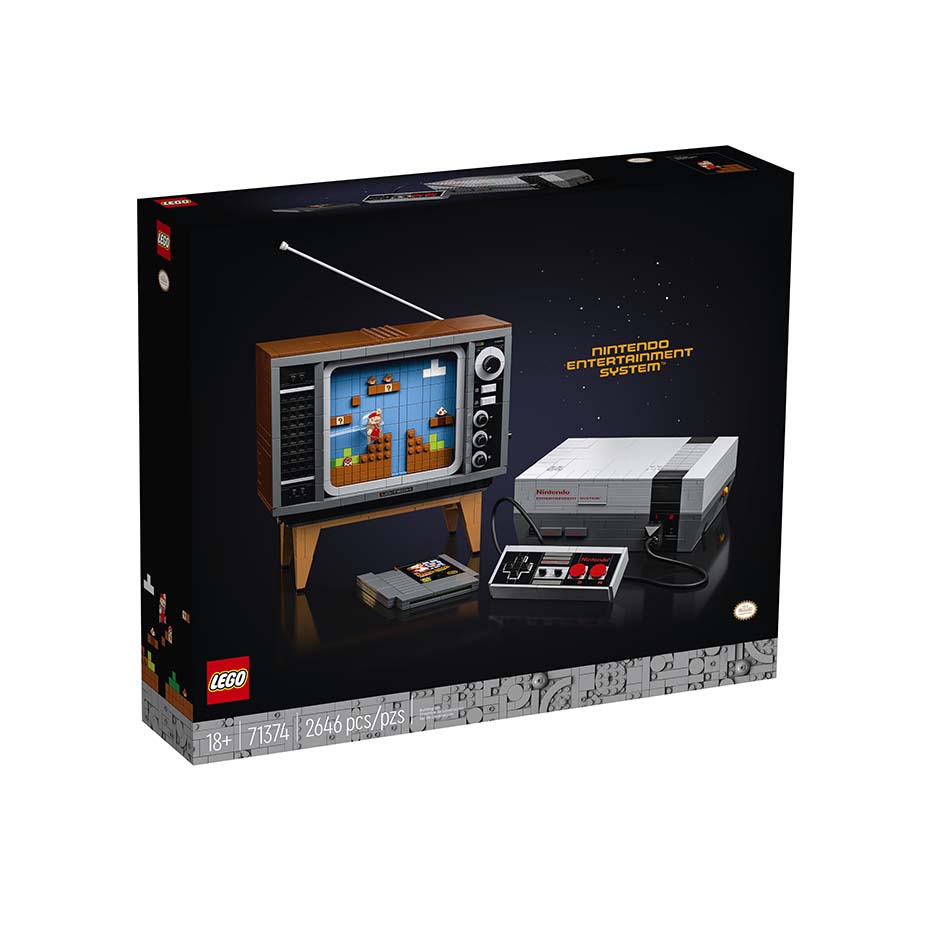 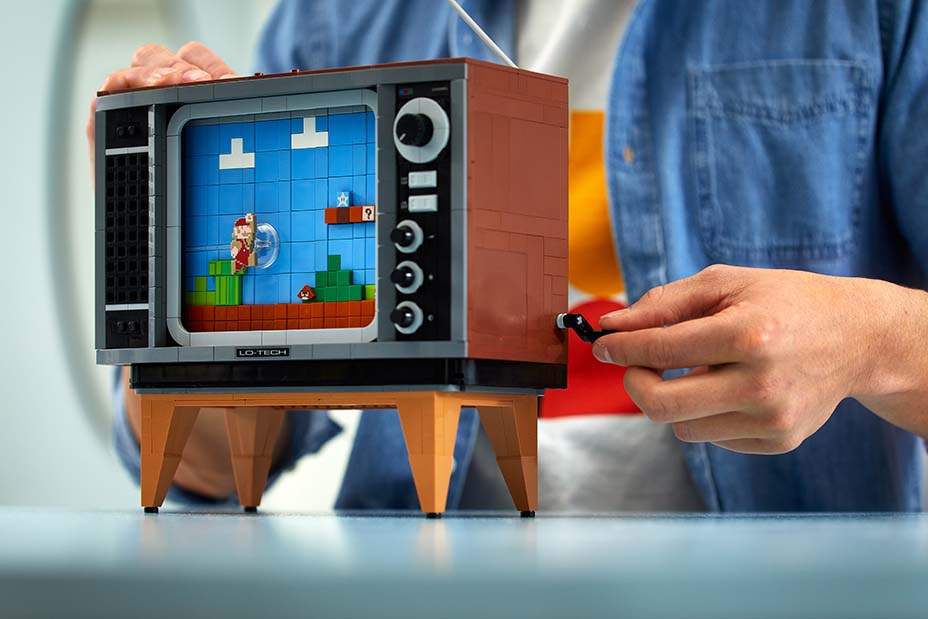 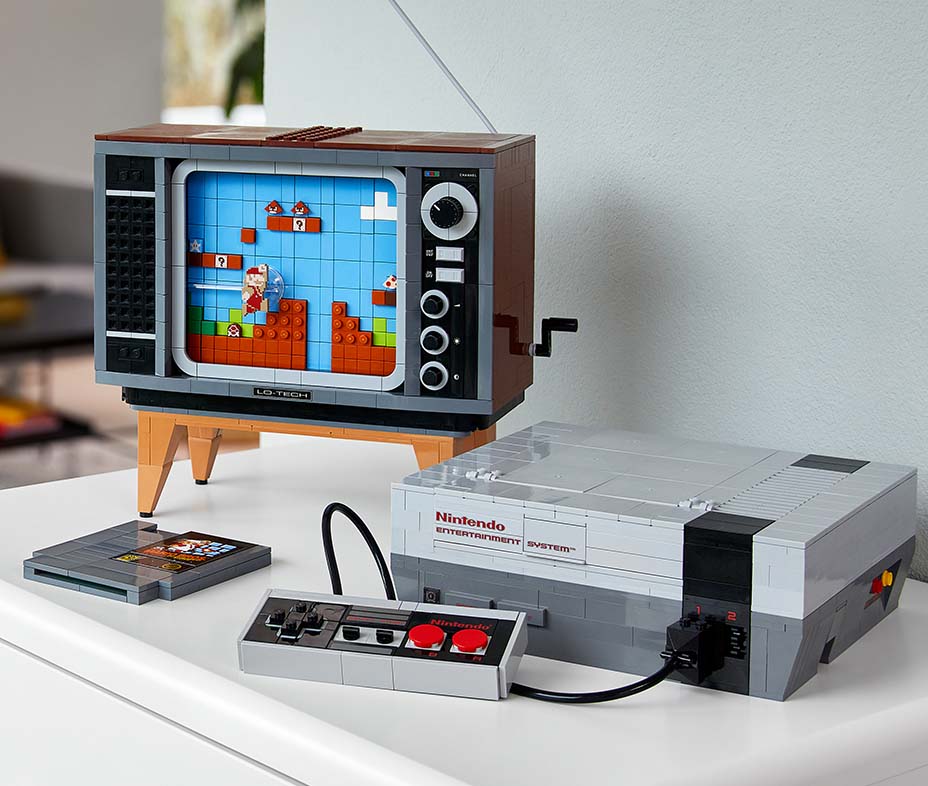 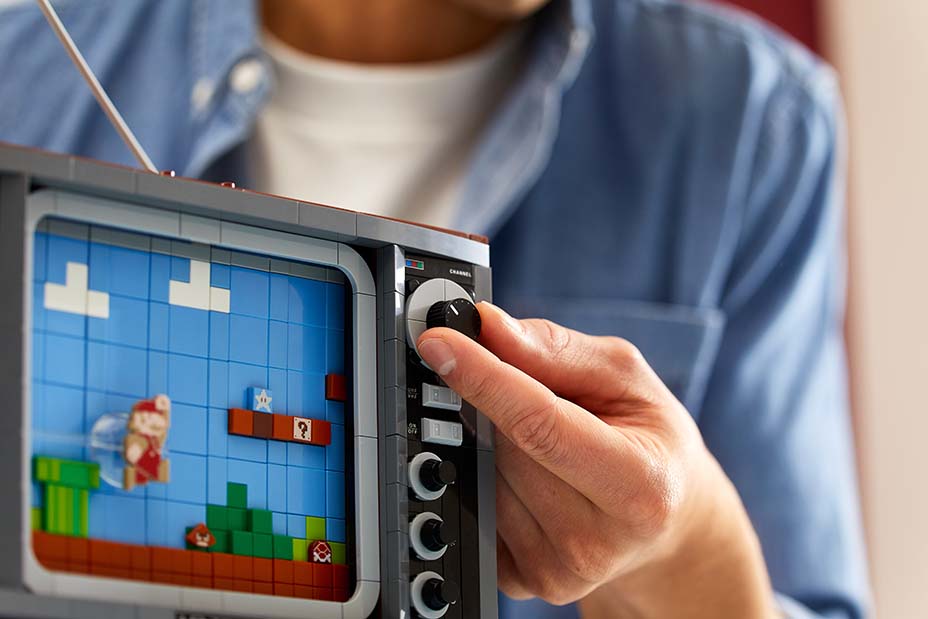