Joan Graves watched thousands of movies during her three-decade career at the MPAA’s ratings board before turning over the top job May 3 to Kelly McMahon, an MPAA lawyer. That also was the day that Graves, 77, watched her final movie submitted for a rating: Quentin Tarantino’s Once Upon a Time in Hollywood (rated R).

Graves was a full-time mom and heavily involved in volunteering when a friend of hers, Richard Hefner, who ran the ratings board at the time, asked her to become a rater in 1988. Here she recalls some highs and lows.

? Quentin. When Graves first spoke to Quentin Tarantino in the early ’90s, she explained how the film he’d submitted (she doesn’t remember which one) would need to tone things down to get an R. “And he started to laugh and he said, ‘OK, OK, I get it.’ He looked at that as a creative opportunity instead of calling me names like some of them did. He said, ‘OK, I know what to do, cool.’ His favorite word is ‘cool.’ ”

? Harvey. Disgraced mogul Harvey Weinstein was famous for complaining about ratings to generate free media. But privately, he would call Graves and say, “Hey, I know you’re just doing your job, I don’t have anything against you.”

? An unexpected regret. Graves says that parents actually care more about ratings at the lower level. “We had a divided vote on Cars 2 but the G’s won. I had misgivings because as they’re going around the track, there’s a lot of ‘kill em’, kill em,’ but I thought, ‘OK, well, it’s animated’ and I talked myself down the cliff. The parents did not. They felt very very misled. It was our fault.”

? The phone calls. In addition to no longer seeing mass amounts of movies per week, Graves will also miss the citizens who would call to offer their opinion or to just complain about a particular film. “My favorite is the boy who calls up and complains that there’s no more nudity.” She says what she will miss most of all about these calls is the chance to correct the misunderstandings of what the ratings system is for, which is to inform parents.

What She Won’t Miss

? The name-calling. “A ‘fucking bitch’ I think is the worst. It was quite a while ago. I said, ‘I’m going to hang up now, and when you’d like to discuss your content call me back.’ ”

? The games. A film will automatically receive an R if there’s more than one “fuck.” Vidmark, a since-shuttered direct-to-video distributor, submitted a ton of movies during the 1990s. “We called it the Vidmark ‘fuck horn.’ They would get a PG or PG-13 and want [an R] rating, and the cheapest way to do it was to put language in it. We’d have to watch the whole movie again, and all of a sudden, out of the blue, somebody off-camera would be uttering out a profanity.” 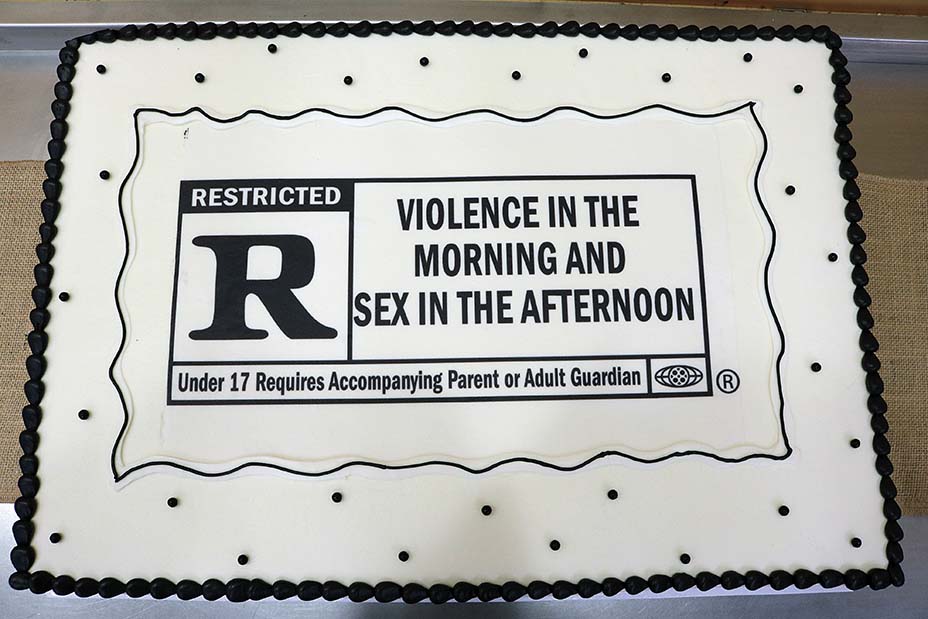