Between shooting 2012’s Safe House and working on the sci-fi thriller Life, a lot has changed for Ryan Reynolds. He became a father, a surprise awards contender and the star of a hugely profitable passion project.

It all added up to a newfound maturity that director Daniel Espinosa, the filmmaker behind Safe House and Life, instantly noticed during Reynolds’ first day on set.

“When I did my first close up of him, I was literally stunned. I was stunned by this newfound comfortability within him. I asked him to pour out to a bit more of some grief in his character,” Espinosa tells Heat Vision. “I could see he had access to a whole different kind of emotionality than he did as a younger actor — and I think Ryan is going to be one of our great actors in the next 15 years. I would not be surprised if he is holding the golden statue within the next 15.”

Life centers on a group of astronauts on the International Space Station who are tasked with studying a life-form discovered on Mars. As Espinosa discusses, the film is part horror, part noir — and strangely enough, it’s also a surprising allegory for parenthood. He also addresses rumblings that he could join a comic book movie in the future.

You worked with Ryan Reynolds on Safe House. How has he changed since you first worked with him?

I think that becoming a father and growing up, something changed within Ryan. I think he has grown. I think he is one of those actors, we have [George] Clooney, some of those great actors from the 50s, one of the great idols is James Stewart. They really thrived in their 40s. Something happened with them and they found a deeper sense in their performance. I think we all saw that when we saw Deadpool. It is a happy-go-lucky movie. He did a great performance.

You becoming a father affected this movie as far as your anxieties that it touches on.

One thing that hit me when I became a father is a great fear, is the parts of you that you are less proud of, your diseases in your psyche and the parts of you where you are compromised or not strong enough or your fear that you have, that they will ebb in your daughter. Like a disease. For me, Calvin [the alien] assumes the lesser part of his surroundings. He adapts to this life and responds to it. I don’t believe in Calvin being maleficent in the beginning. In the beginning, when they take care of him and give him a comfortable life and they feed him and they nurture him, he answers back with care and love and once they start threatening him, he accepts that as his reality and he responds back. In many ways it’s my fear of failing as a father that are in this picture.

You don’t have an interest in doing a sequel to Life. Why not?

It’s like you meet a high school sweetheart and you sit down and you have a coffee. You start to imagine, maybe you could have the same thing again. And you can’t! You were 15 at the time. It’s not going to be the same. Life happened.

You’ve been mentioned for both Venom and Suicide Squad 2. Are you interested in doing a superhero movie?

I just happen to be a huge comic book fan. My cinema has never been in the comic book genre, but I’m the third biggest comic book buyer of Sweden.  To do a superhero movie at some point, yes, but I would like to do it on my terms. You know? So who knows.

Stay tuned to Heat Vision Sunday for a spoiler-filled conversation with Espinosa about Life‘s ending. 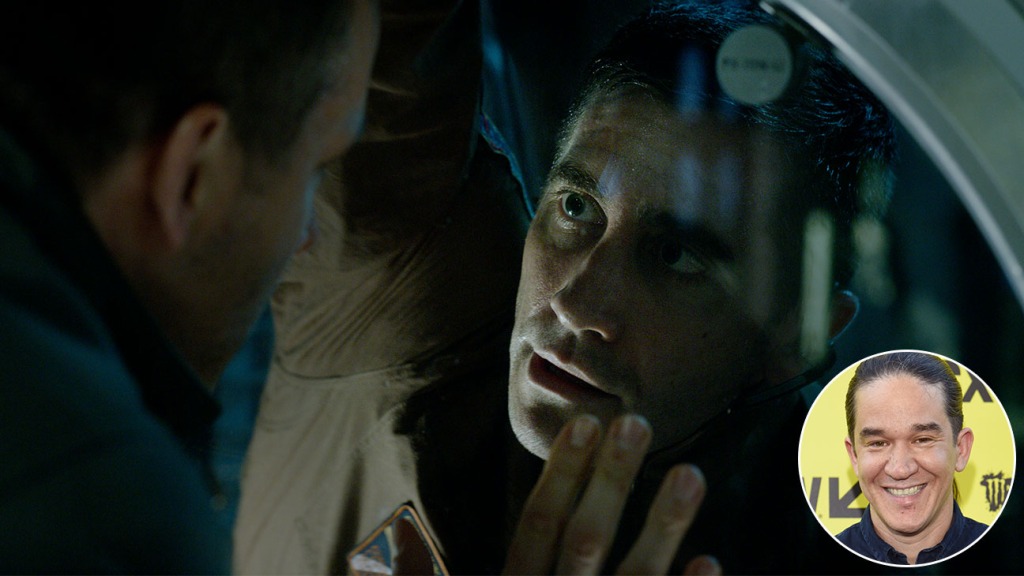 Adrien Brody Turned Down 'Lord of the Rings' — And Regretted It