Though they are in the thick of perfecting a script for Deadpool 2, screenwriters Rhett Reese and Paul Wernick are taking time to enjoy the latest fruits of their labor.

Life, which features their Deadpool leading man Ryan Reynolds alongside Jake Gyllenhaal and Rebecca Ferguson, is in theaters now and tells the story of a group of astronauts who encounter the first proof of life outside of Earth.

True to the tradition of films like Alien, this first close encounter is disastrous, with the alien Calvin killing the astronauts and in a twist-ending, makes his way to Earth in the escape pod piloted by Gyllenhaal’s David Jordan.

In a conversation with Heat Vision, the screenwriters imagine where a Life 2 could go, look back at their old script for the Spider-Man spinoff Venom, and react to an idea for how Hugh Jackman just might be able to end up in a future Deadpool movie.

I kept hope that the astronauts would win, as they kept solving more and more problems. Did you always know these guys aren’t going make it?

Rhett Reese: We always wanted it to end in a creepy fashion that set up at least the possibility for future movies and but the script is very much a seesaw between Calvin having an advantage and the astronauts having an advantage. We always wanted them to be smart, but then a new problem present itself so when they got out of the frying pan they found themselves in the fire. And it just so happened that the last twist was that despite all their best intentions, Calvin was once again once step ahead of them at the end of the movie. It was very intentional and we just wanted to leave people with a real sense of goose bumps and anticipation of what might happen next.

With you being so busy, do you envision writing the sequel? What would your involvement be?

That’s right! Conspiracy theorists thought this might be a secret Venom prequel.

Wernick: If you look at our filmography you know we love the sequel. And we’re in the midst of Deadpool 2 right now. Zombieland 2 sits on the horizon with a hopeful greenlight coming relatively soon. We would love to be involved in Life.

Would this be akin to James Cameron’s Aliens, where it’s a much bigger world compared to the contained world of the first Alien?

Reese: Completely. Just the fact that Calvin can now possibly reproduce, I think, is an interesting idea. We’ve dropped him in a situation that is teaming with life to hunt and to eat. That being the ocean, or the coast of Indonesia or Vietnam or wherever we are saying he’s landed. So that opens it up right there. But just the idea of firewalls could extend to Earth in the sense that now they’ve failed to contain Calvin to the station. The question is, how would the Earth react? Obviously, this was an international effort, so there are a lot of countries cooperating. And again, they would be trying to contain this thing from moving forward and yet there might be more Calvins to deal with. To us, that screams interesting sequel.

'Life' Director on the Ending He Insisted Couldn't Be Changed

It seemed like Calvin was so smart he could sort of learn technology. Was it your intention that he pressed the lever down on the escpae pod so that he would go to Earth at the end?

Reese: I don’t think we envisioned him as a higher intelligence, but we did envision him as very, very adaptive and just hard to kill. A survival machine, essentially. When we wrote it, I don’t think we intended for the idea to be that the creature figured out that the stick, if it pushed it that direction, would go down to Earth, but rather that he [Gyllenhaal’s character] needed to keep his hand on that stick in order to complete the maneuver and the creature was just overwhelming him and that he was not able to hold on and it autopiloted down. That was the idea, though I think in the shooting of it, there definitely came an ambiguity there, where you started to wonder. Someone says in the movie, “How smart is this thing?” and I think it’s certainly open to interpretation.

You wrote a script for Venom about ten years ago. Sony recently dated a Venom movie for 2018 with a new writer. Looking back on your script and how much superhero movies have changed since then, do you think your movie would still work today?

Wernick: We haven’t read that script in so long. We were out on the set of Zombieland and we had turned it in. That would have been 2007, 2008. … Not having read it, it’s hard. But we were immensely proud of that script. My guess is there are things if we would go back and read it, we would want to change things, but there are also things that we think, “Oh my God, that’s so cool.”

Reese: I don’t think that draft is being used in the creation of the movie. They have got to have moved on from it a long time ago, there have been other writers.

Wernick: I think there may be an element or two that has survived, but that might be it.

Where are you on Deadpool 2?

Wernick: We’re very close to a draft that we’ll go off and shoot in a couple of months and we couldn’t be more thrilled.

Deadpool 2 is targeting a 2018 release, but there’s no date yet. Is that out of respect to your process, so you don’t feel the need to rush?

Reese: We’re very close to a draft that we’ll go off and shoot in a couple of months and we couldn’t be more thrilled. …We don’t want to put the cart before the horse, and often times with release dates that happens. You end up racing and you end up being forced to do something you’re not happy with and the great thing about Deadpool is we spent a career trying to duck other movies. “How do we get off the release date of this or that?” I think in most cases, people are going to have to duck us. Fox is probably going to be able to drop that thing on a date and everyone else is going to scatter, because no one will want to come out the same weekend … our feeling is it’s all about the movie. The fact that Deadpool came out in February and did as well as it did, and you are seeing similarly the summer [movei season] start earlier in March, and movies succeed in October and so the date to us doesn’t mean as much as it used to. I think the studio feels the same way. We just want to make the best movie possible and Deadpool will find an audience, we feel at this point.

Everyone wants Hugh Jackman in a Deadpool movie. My idea is he just cameos as himself. Can you make that happen?

Reese: Oh my gosh, that’s one we haven’t heard. That’s not a bad idea. I like that. Deadpool lives in a world where Hugh Jackman is out there. He’s got the People‘s Sexiest Man Alive cover that he staples to his forehead in the first movie, so maybe he could meet Hugh as Hugh. That would be really funny.

Life is in theaters now. For more from the movie, check out our chat with director Daniel Espinosa, and also see why the filmmaker thinks Reynolds is poised to win an Oscar in the next 15 years. 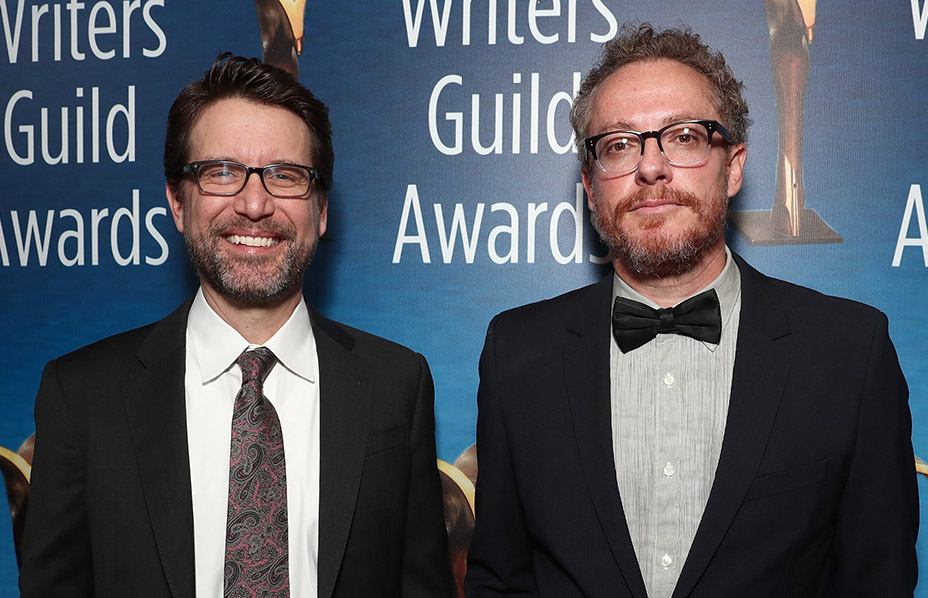