A crowd of an estimated 7,000 went absolutely wild at D23 as Disney previewed the first clip from its live-action remake of The Lion King.

Exclusively screened for attendees and not simultaneously released online, the footage featured jaw-dropping photo-real shots of African landscapes and many types of animals (including elephants and, of course, lions) and ended with the iconic moment in which Rafiki introduces an adorable young Simba on Pride Rock as “Circle of Life” plays.

This time, however, they are incorporating virtual-reality tools and techniques. “We are going to use a lot of virtual-reality tools so it feels akin to what you are looking at [if you were on a real set],” explained Legato during a keynote that he gave at NAB Show in April. “You can walk around the set like a cameraman. [Wearing VR headsets,] the actors can now walk into a scene and see the other actors and trees … and because you are in 3D, you get a realistic sense [of the environment].”

Disney also teased its live-action remake of animated classic Dumbo, which has been given a March 29, 2019, release date. The studio rolled out a model of Dumbo’s appearance — the first look at the character with his big ears, blue eyes and sweet, emotive expression.

Tim Burton’s version stars Eva Green, Michael Keaton, Danny DeVito and Colin Farrell. The film is currently in production in the U.K., at Pinewood and Cardington Studios, and its “cinematic ringmaster,” Burton, sent a video greeting to the fans at D23, saying the 1941 original film is “one of my favorite of the Disney movies, and we are working to give this all the heart and emotion [of the original].”

In the clip, Burton sits on the Casey Jr. train, a first look at the set (photo shown below). To make Dumbo, the director is reteaming with many of his collaborators, including Oscar-winning production designer Rick Heinrichs and four-time Oscar-winning costume designer Colleen Atwood. 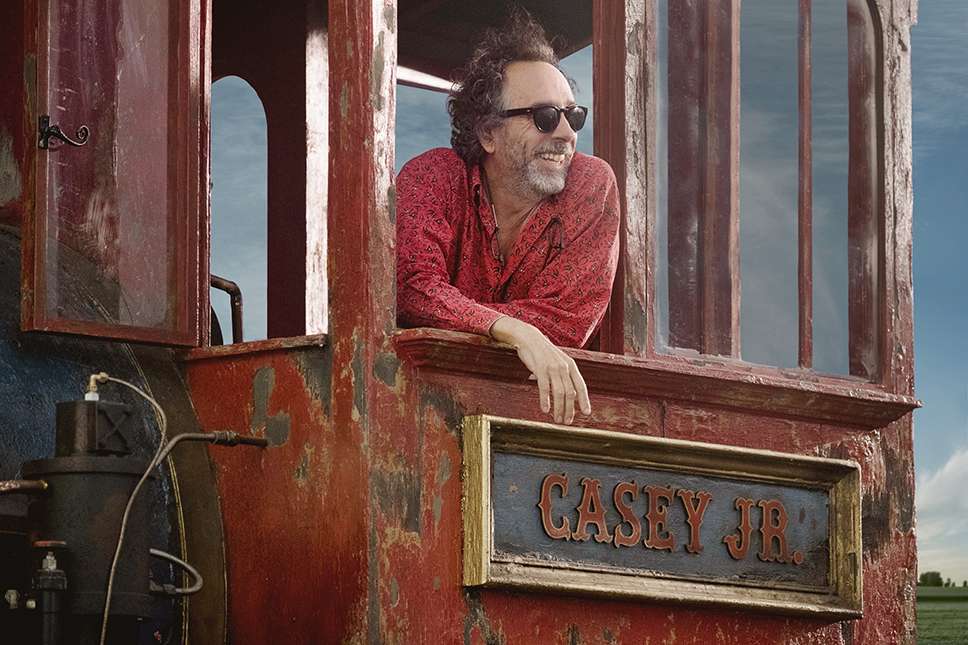 During the presentation, Disney gave its holiday film The Nutcracker and the Four Realms — directed by Lasse Hallstrom and starring Misty Copeland — a release date: Nov. 2, 2018. It previewed clips with some visually dazzling footage that showed off the cinematography of director of photography Linus Sandgren (Oscar winner for La La Land) and production design by two-time Oscar-nominated Guy Hendrix Dyas. The segment also previewed some of the film’s dance moves, with a performance by Lil Buck.