On Thanksgiving day, Disney let out a roar heard across the internet with the release of the teaser for its remake of The Lion King. Already it has broken records for views, coming in as the second most viewed trailer of behind the first Avengers: Infinity War teaser. Director Jon Favreau found previous success in the world of Disney remakes with The Jungle Book (2016), which grossed $966.6 million worldwide. There’s little doubt that the mix of nostalgia and enthusiasm for a cast that features Donald Glover and Beyonce will see The Lion King become a big hit when it opens in summer 2019. Disney has struck gold (again) by remaking its animated classics. With Dumbo, Aladdin, Lady and the Tramp, and The Lion King hitting next year, and Mulan currently in production and set for a 2020 release, it’s clear that the studio giant isn’t slowing this train down any time soon.

But the track that’s been laid out from the Magic Kingdom has been largely without twists and turns. The teaser for The Lion King gave us shot-for-shot re-creations of the original animated film. As an experiment, it’s cool. But as a feature-length project? The Lion King has to do more than give us a photo-realistic re-creation of a film we already have. Favreau may have a few surprises up his sleeve, and the voice actors will surely give the film its own feel, but The Lion King will have to do a lot if it hopes to step out of the shadow of the original. With the first decade of Disney’s remakes and re-adaptations planned, a trend that began with Alice in Wonderland (2010), it’s time to consider what the model is truly offering: magic, or simply the memory of it?

While remakes and re-adaptations in other genres and by other studios are often panned for being unnecessary, and usually fail to gain traction at the box office (A Star is Born being this year’s noteworthy exception), Disney often gets a pass. Whether it’s because we’re desperate to recapture the feeling of the past, because Disney is as much a brand as it is an identity, or because we can’t resist the curiosity that comes with seeing a familiar IP return, Disney’s remakes have become some of global culture’s most anticipated movies. We may resist the very idea of remakes, but many of us are drawn to these movies. I’ll readily admit that I’m in the theater for every one of them and am certainly not above the phenomenon. The first movie I ever saw was Beauty and the Beast (1991), so how could I not show up?

This sentiment is one that’s repeated across social media, and any keyword search of The Lion King will turn up moviegoers sharing their enthusiasm for the upcoming movie that’s tied to their love for the 1994 original – a love fostered by childhood experiences or parenting memories. We’re a generation of grown-up children, parents, and teachers with Disney in our blood. We’re contaminated, and there’s no saving us, because we’d reject an antidote anyway. Disney knows this, and as a result, its remake plan seems to mostly amount to making good movies that serve as nostalgic reminders of when many of us, as children, experienced great films for the first time. Disney is giving us cinematic proxies so that we can come as close to re-living experiences as possible. But perhaps this is at the cost of new experiences, new memories and new ways of considering these characters and stories. Just because Disney is a part of us doesn’t mean we’re not sick. 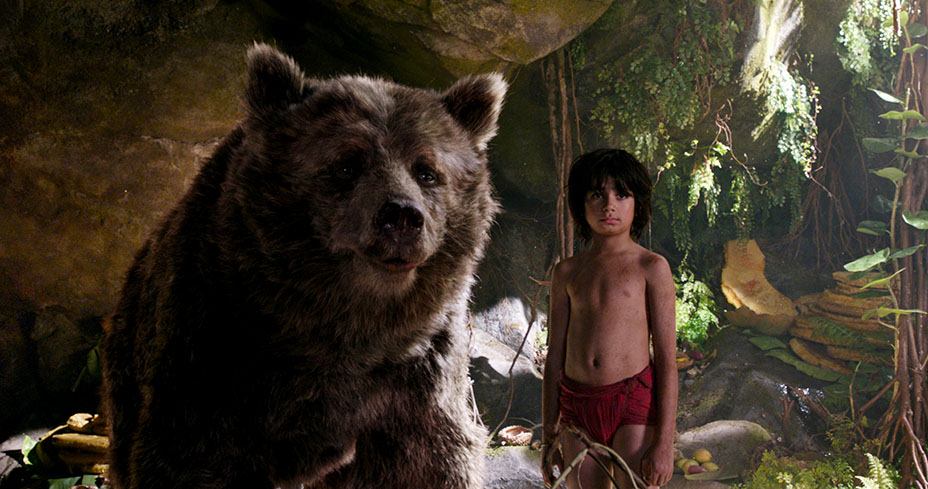 Disney’s post-2010 remakes like The Jungle Book and Beauty and the Beast (2017) have been perfectly pleasant, but they’re not exactly making bold choices, even if they do add a few new wrinkles. I’d hazard to guess that many of us familiar with the original animated films have a good time with these remakes but don’t walk away feeling like the originals have been surpassed. Kenneth Branagh’s Cinderella (2015) is an exception. Lily James’ take on the titular character feels progressive, and while the narrative beats are largely the same as the 1950 original, Cinderella is less concerned with slippers and feet than it is with genuine human connection. Both Cinderella and Prince Charming, Ella and Kit, are given a depth of character that Disney’s early fairy tale adaptations rarely afforded. In many ways, it feels like the kind of movie Disney would have made during its animated renaissance had Cinderella not been adapted so early on. 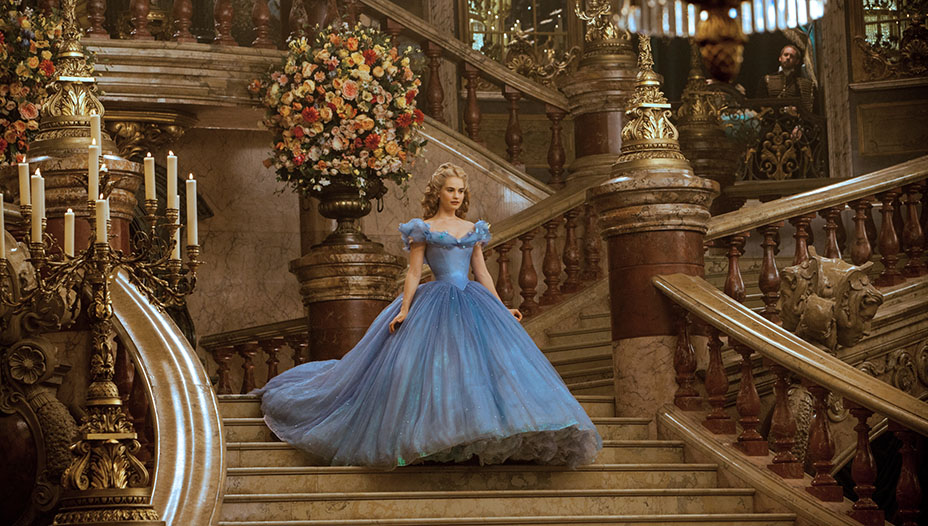 Maleficent (2014), The Jungle Book, and Beauty and the Beast have glimmers of what made Branagh’s Cinderella work, but they never quite nail the complexity of character befitting live-action. Certain narrative shorthand that works in animation doesn’t translate directly. While Maleficent’s connection to Princess Aurora and the Beast’s tragic relationship with his father are just what the stories need to offer new insight to these characters, the films ultimately become too concerned with surface emotions and hitting the story beats and musical cues of the original to ever truly go off-book. They nail the visual element but don’t fully succeed in challenging these characters, or us, with a fairy tale quality that isn’t just morality but a world made strange by the absence of absolutes. We can only imagine what Beauty and the Beast would have looked and felt like had Guillermo del Toro been involved, but going by his best picture-winning fairy tale, The Shape of Water (2017), it’s certain that he would have created a tale not for adults looking to return to childhood but for adults ready to embrace the strange magic of adulthood.

Disney has experimented with shifting these stories closer to the age of the adults and adolescents who grew up with the animated movies in both its first modern re-adaptation and its most recent. Tim Burton’s Alice in Wonderland saw an adult Alice (Mia Wasikowska) return to Wonderland, after rejecting a stifling society, to reclaim her identity as a feminist. But Burton, who succeeded in creating one of the best adult fairy tales with his adaptation of Daniel Wallace’s Big Fish in 2003, couldn’t quite manage to his way around Lewis Carroll’s world and became trapped in a search for meaning in a world that refutably rejected it. Burton’s interpretation of Carroll’s world through the themes at which the film was grasping ultimately felt empty, despite the fact that the film earned over a billion dollars worldwide and spawned a sequel, Alice Through the Looking Glass (2016), which stands as Disney’s only remake misfire.

This year’s Christopher Robin was more creatively successful, though less so financially, making $197.1 million worldwide in part due to China’s anti-Pooh stance. While the adaptation of A.A. Milne and E.H. Shepard’s Winnie-the-Pooh isn’t based on a fairy tale, it still managed to find a magical relevancy by taking a fair bit of inspiration from Steven Spielberg’s Hook (1991). Making Christopher Robin (Ewan McGregor) an emotionally closed adult and placing him in a world still feeling the ramifications of World War II allowed director Marc Forster to take some chances with the property for a result that is poignant and introspectively brooding, despite its good-humored anthropomorphic stuffed animals. Although some critics were more interested in its ability to provide nostalgia and criticized its gloominess, Christopher Robin provided exactly what these Disney remakes and re-adaptations should be after: a consideration of what childhood experiences can provide for adults, not by going backward but by going forward.

At this point, there’s no financial risk for Disney involved with these remakes and re-adaptations, and it’s time more of its movies start taking the creative risks to reflect that. With Burton’s Dumbo first out of the gate in 2019, it seems Disney may be on the right track; the trailer suggests the film may explore how our losses and handicaps make us stronger. With any luck we’ll see a Lady and the Tramp that questions what its like to find love outside of class and breed, an Aladdin that finds its hero shouldering the responsibility of what it means to have three chances at controlling not only his fate but the fate of others, and a Lion King that explores political decisions that come with maintaining the natural order of things, and whether it’s just.

The animated movies aren’t going anywhere, and their stories still have audiences of all ages. It’s time to recognize these characters and worlds as part of the myths they are, and not ask to see how much can be kept the same, but how much can be made different in order to help us explore and understand the world in new ways. These could be films that children raised on the animated films could mature toward. Disney can’t recapture the magic of the past, but it can give us new magic, and 2019 will be the test to see if it’s up to the challenge.

What Happens When Fandom Doesn't Grow Up?