Director Jon Favreau says he spent more than two years roaming the African plains to make The Lion King, his photoreal all-digital remake of Disney’s 1994 animated classic. But aside from an early trip to the continent, much of Favreau’s work actually took place in the Playa Vista area of Los Angeles, viewing his expansive locations through virtual reality headsets. Oscar-nominated cinematographer Caleb Deschanel and his crew had their Steadicam, crane and other camera supports systems on the stage, but they too were planning their shots by looking at their locations in VR.

A retelling of one of Disney’s most iconic animated stories was always going to come with sizable risk, so the filmmakers employed bleeding-edge technology to seamlessly meld CG imagery with live-action production techniques. Favreau used similar methods to make his 2016 hit The Jungle Book, but The Lion King demonstrates significant advancements. Favreau and his team say this kind of “virtual production” has the potential to be a game-changer for filmmaking, and not just aesthetically: Virtual production potentially could reduce budgets, cut down schedules and limit the physical challenges of shooting on location.

“It offers the opportunity to make the process more efficient, the quality higher, the quality of life better [for filmmakers], and allows stories to be told that formerly could not have been told,” Favreau says. “Now we have more tools, your imagination can run more free.”

The Lion King‘s Oscar-winning VFX supervisor, Rob Legato (The Jungle Book), cites 2015’s outdoor adventure The Revenant, which went over schedule and budget due to the demands of a challenging location shoot, as an example of what this process might mean. “We love the imagery [of The Revenant], we love the storytelling, but those people who shot it never want to shoot it again because it was too difficult,” he says. In contrast, Lion King VFX house MPC (owned by Technicolor) created an estimated 58 square miles of CG landscapes, available for viewing in VR in real time using a gaming engine, according to MPC digital effects supervisor Audrey Ferrara. Legato says the filmmakers were able to make The Lion King “without the physical limitations that tell you, ‘You shouldn’t make that movie.’ ”

In addition to mitigating the risks of location shooting, virtual production also stands to make scheduling more efficient and reduce the need for costly reshoots. “On Lion King, we didn’t put the film together and say, ‘We have to go back and reshoot a month and re-create the set’ like most modern movies do,” says Legato.

Of course, there still will be comparisons, not always favorable, between the feel and aesthetics of CG and those of live action. And because these approaches are so vastly different, direct budget comparison can be difficult. Disney didn’t reveal The Lion King‘s budget, though a source tells THR it was roughly $250 million — not cheaper than a typical tentpole, but costs are expected to come down in the future.

Speaking in general terms, Favreau admits, “If we had eliminated the virtual camera step, we could have made this film significantly less expensive, because we had a whole film crew and film shoot.” But virtual production supervisor Ben Grossmann, of Magnopus, believes the film’s budget could have been much larger had the production gone to Africa to shoot and then composited CG characters into the shots. Favreau, Legato, Grossmann and VFX supervisor Adam Valdez agree that any of these alternate routes would have added a year or more to the schedule.

For Legato, the reduction really boils down to the time between iterations — meaning, before virtual production a studio might create a VFX shot, get notes, go back and revise, re-render, etc. With virtual production, decisions that would normally take weeks can be made in minutes. “Each project is a puzzle and each puzzle requires a different solution,” says Favreau, who already is using some of the new techniques for his upcoming Star Wars series The Mandalorian for Disney+. “It allows us to make the [show] together virtually before ever shooting the episode.”

And as this technology continues to advance, Grossmann believes Hollywood is on the verge of a filmmaking revolution. “Soon we are going to get to a point where the real-time created content could become the finished project,” he says. “Then you are cutting out a lot of expensive processes. That will change the way TV and streaming media is created.” 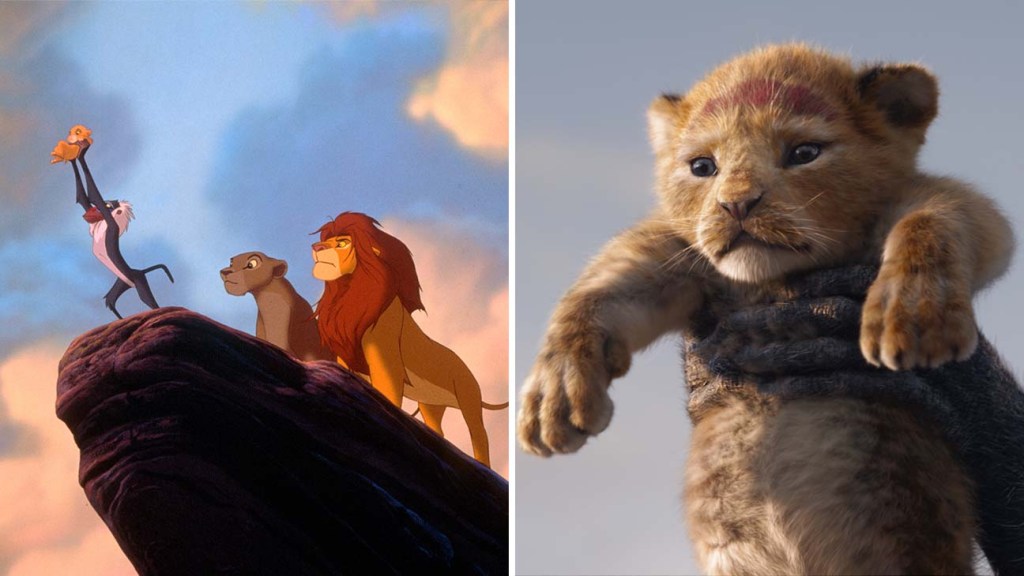