Thanks to Logan, the world is saying goodbye to Hugh Jackman … and hello to Dafne Keen.

In James Mangold’s superhero drama — which grossed a massive $88.3 million at the domestic box office in its opening weekend — the preteen impressed as Laura (X-23), the newfound mutant child with her own pair of lethal, Wolverine-like metallic claws. The Hollywood Reporter’s review said Keen, “in her first big-screen role, makes the mostly silent Laura both kinetic and inwardly coiled, a quick-study observer of a world long denied her.” At just 12 years old, she nabbed the 17th spot in THR‘s list of the 50 Greatest Superhero Movie Performances of All Time.

But Keen isn’t just the brutal, bilingual breakout of the X-Men franchise; she’s a showbiz kid who loves classic musicals and drew comparisons to Natalie Portman in The Professional. Heat Vision highlights the seven things to know about Keen:

1. She comes from a film-friendly family. Keen is the daughter of British actor Will Keen (The Crown, Wolf Hall) and Spanish actress Maria Fernandez Ache, with multiple directors and writers in her extended family. “I remember spending entire school holidays in rehearsing spaces, watching my mum and dad working, and followed them around on tour or on film sets all the time,” she tells Heat Vision. “I went to see Hamlet, which they directed about 10 times, and I always loved it. I remember I used to listen to the actors rehearsing and try to remember all their lines while I played with the color filters they put in the lights.” From her parents, she says, she’s learned about “being truthful, and the most important thing being telling the story, and all working together for the same thing. I love that.”

2. She’s been acting since she was little. Repped by Independent Talent Group in the U.K. and Let’s Work Together in Spain, Keen made her screen debut opposite her father in the 2015 BBC Worldwide/Atresmedia series The Refugees. But, naturally, she’s been acting since she was very young. “When I was 4, I made a company with my friend Vera called Las Graciosas (The Funny Girls), and we used to do little shows for our parents.”

For Logan, Keen — who is already bilingual and trained in martial arts — sent in an audition tape in which she primitively explores objects around her living room, and she stood out over 500 other girls. “When I saw that tape, I told Hugh and [producer] Simon [Kinberg], ‘This is the one,'” recalls Mangold. “Then my worry was that we wouldn’t get her.”

3. She first bonded with Jackman over a watch. Keen says that before her screen test with Jackman and Mangold, “I was very nervous and excited and couldn’t stop jumping from one bed to another in the hotel room. When I got into the room, I was wearing a new watch and I didn’t know how it worked. We did a scene where Hugh had to grab my wrist, and every time he did, it would go ‘beep beep beep.’ I didn’t want to say it was mine and they didn’t know where the noise was coming from, which made me very shy and tense, until suddenly Hugh said, ‘Is that your watch?’ When I said yes, they both laughed a lot, and everything felt friendly. They both made me feel relaxed, and we had fun.” 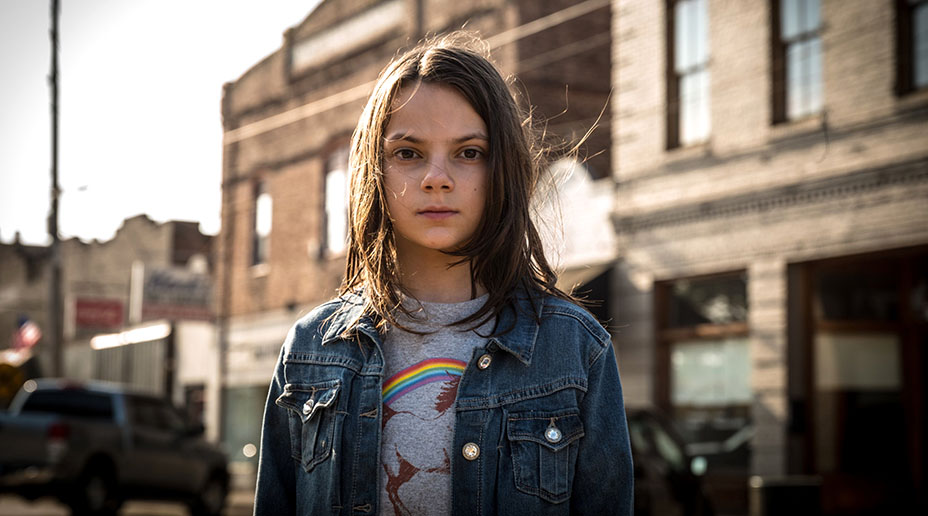 4. She made an impression on set. Keen was only 11 years old while shooting the Fox film and is described on set as “a freak of nature and a supernatural child” by Kinberg and “physically sharp as a tack” by Mangold. Never low on energy, she was often spotted running around between takes. Says Keen of the role, “All the wire stuff in the stunts was great, but most of all I liked being a wild animal.”

She also impressed with her dramatic moments. “When we started working on the script, we talked a lot about Natalie Portman in The Professional: somebody who looked like a child but had the kind of maturity and sophistication behind her eyes of a grown-up. That’s what she has,” says Kinberg. He advises Keen’s future directors, “Trust her instincts, because she has great ones. And watch her — she does small, nuanced things that most child actors don’t do. Most child actors are very big in terms of their performances, but she’s very subtle.”

5. She loves the movie Little Miss Sunshine. When asked to name some of her favorite actors, she says, “If I say I love my parents and Hugh and Patrick [Stewart], I’ll sound like I’m sucking up! Apart from them, I like Peter Sellers, Meryl Streep, Jack Nicholson, Natalie Portman, Anne Hathaway, John Cleese and Greg Kinnear. And that actress who says, ‘I caaaaan’t stand him’ in Singin‘ in the Rain. She’s brilliant.”

6. She loves to sing. Keen has already proven her dramatic chops and martial arts abilities in Logan, but she’s also got an affinity for comedy and says she gravitates toward “any interesting characters.” Also, she sings! “I really love old musicals,” she reveals. “I would love to do one of them.”

7. She’s open to playing Laura in the future. Mangold has previously said he’s entertained by the idea of an X-23 spinoff, and Keen says she isn’t ready to give up her claws just yet. Of Laura, Keen says, “She is an emotional bomb. She’s complicated — she tries to be so strong but she feels so kind of vulnerable at the same time. I really love her. I’d love to keep playing her.” 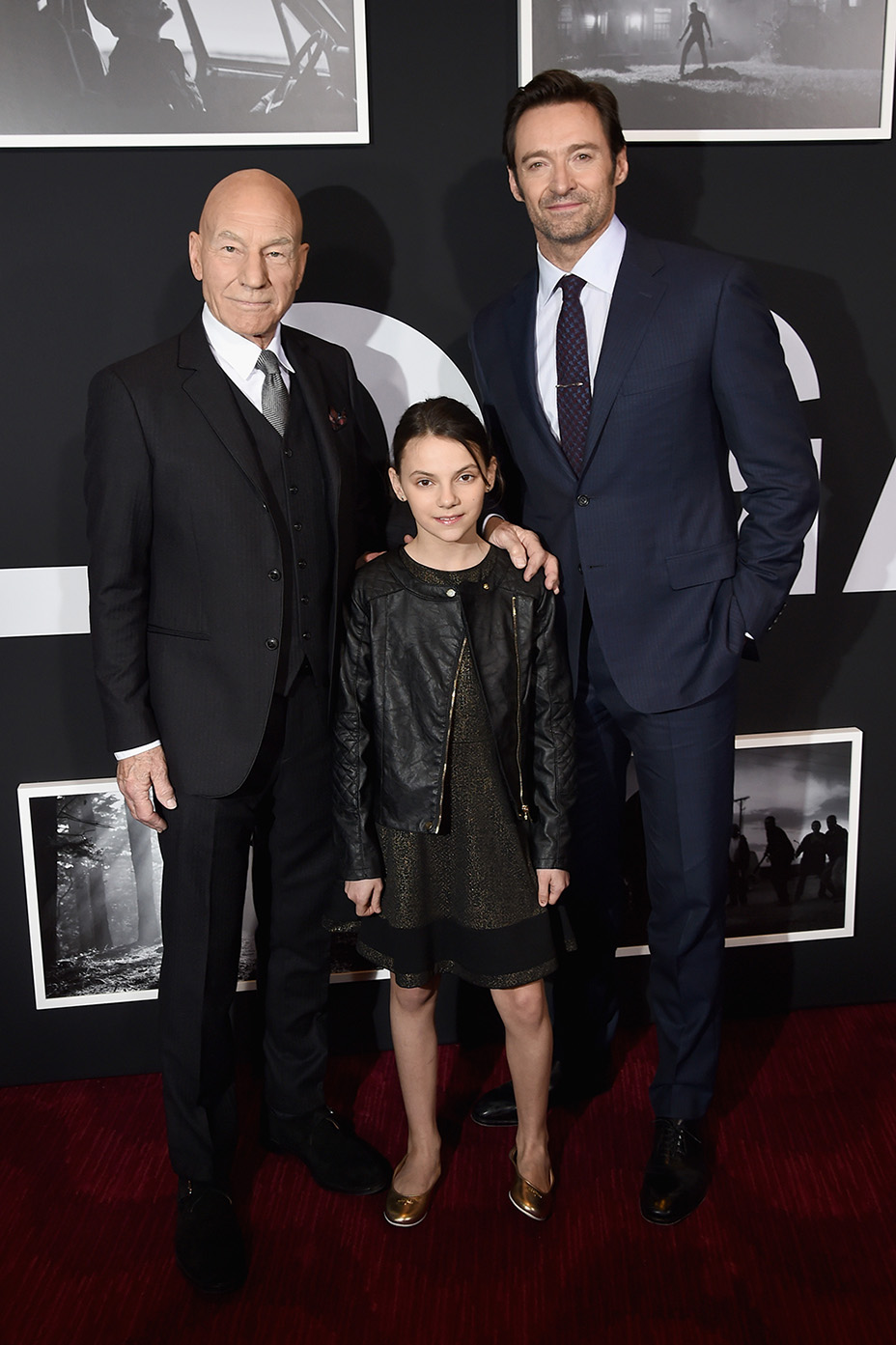