Continue to The Hollywood Reporter SKIP AD
You will be redirected back to your article in seconds
Skip to main content
February 24, 2017 5:59pm
Logo text

Hugh Jackman was full of gratitude at Friday night’s New York premiere of Logan, which marks the ninth and final time he has played Wolverine in the X-Men franchise.

“This is like a dream,” he told the claw-wearing fans assembled at the Jazz at Lincoln Center screening. “After 17 years, I feel I’ve met every Wolverine and X-Men fan [in the street]. … Honestly, these 17 years would not have been possible without you. I love this character, and I love you guys.”

When introducing the film, director James Mangold thanked Fox for the freedom to execute his vision — “If you don’t like this, come after me!” he told fans — and saluted Jackman, with whom he’s now made three movies (two Wolverine films, as well 2001’s Kate & Leopold). “He’s good at too many f—ing things,” he told the audience, with the rest of the cast in tow. “He shows off a shitload in this movie. He’s also one of the best men you’ll ever get to work with and meet in your life.”

Of Jackman’s Wolverine performances, Mangold told Heat Vision, “It’s a tough thing to play such strength and also so much heart, and he’s done it consistently, movie after movie.” Producer Simon Kinberg added, “He automatically brings a humanity and a vulnerability to what is a very violent, gruff character. Without that underlying kindness, the character could have played as a one-dimensional caricature.”

The Fox threequel is set in 2029, when mutants have gone all but extinct and the titular Wolverine is suffering from a diminished healing factor. But Professor X (Patrick Stewart) has one more mission for him: to help a young girl.

The R-rated drama turns up the violence and language appropriately, Kinberg told Heat Vision. “We wanted to be responsible — whenever there was violence portrayed, you felt like there was a consequence. If somebody got hit in the head with claws, they died. And that’s not always true in X-Men movies or any movies.”

Actress Elizabeth Rodriguez echoed that, saying, “It’s not gratuitous, it actually shows the loss and what it costs. This film was made not to have product placement; these are universal, adult subjects. I was moved.”

Stewart personally welcomed the tonal shift because “after 17 years of being an upright, intellectual, compassionate, articulate, caring character, to be presented with a screenplay set in the future and to be confused, lost, ill and angry and very dangerous, this was fascinating!” 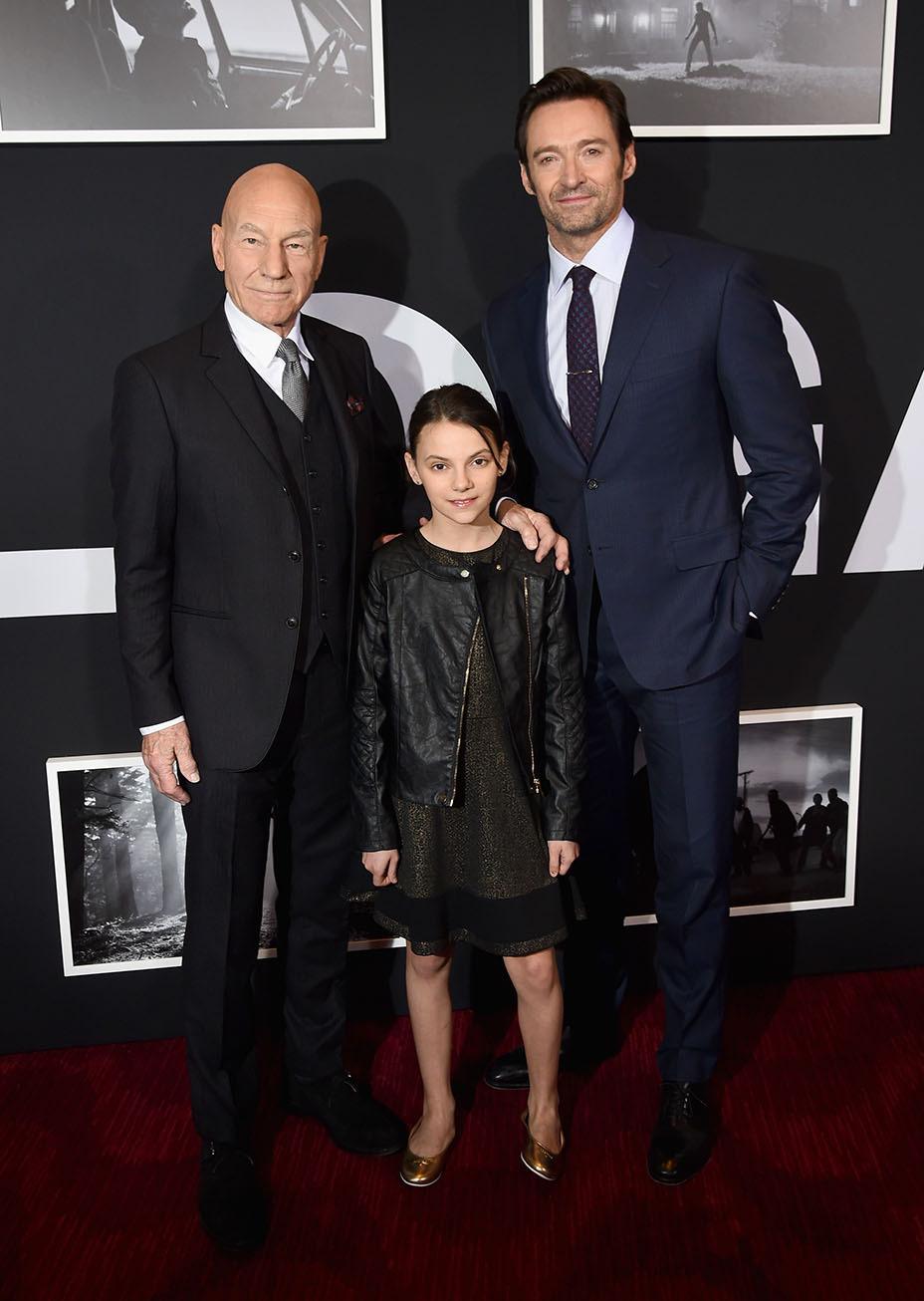 'Logan': What the Critics Are Saying