A world without daylight brings with it a terrifying transformation, as every living creature becomes a deadly shade of their former self in Image Comics’ upcoming series Nocterra, the new collaboration between superstar creators Scott Snyder and Tony Daniel launching in March. Ahead of its first issue, The Hollywood Reporter has a sneak peek at what’s to come.

Originally announced as Nocternal last year, Nocterra sees the two creators — both best-sellers for their work on DC’s Batman — strike out on their own with a new science fiction horror property.

“Nocterra is a high-octane horror series about a mysterious darkness that suddenly envelops the earth — a darkness that changes every living creature into a monstrous version of itself called a shade. The only way to avoid being turned into a shade yourself is to stay lit by whatever illumination you can find,” Snyder told THR.

“Our story takes place in 13PM — thirteen years after darkness fell — and our main character, Val Riggs, is a driver who ferries people from lighted outpost to lighted outpost along the dark, deadly roadways in a truck armed with weaponized lights,” he continued.

“Scott and I are very excited to see our hard work and planning coming to life,” added Daniel. “I feel that we both like challenging ourselves creatively and to be innovative while still having fun, which we are definitely doing. I love the developmental process the best with anything you create from your heart. It’s where the seeds are planted and then the fun is watching those seeds grow in fun and sometimes unexpected but exciting ways.”

“I couldn’t ask for a better co-creator on this than Tony Daniel,” Snyder said. “His art is muscular and bold and his storytelling will have you on the edge of your seat. So buckle up, and get afraid of the dark!”

Nocterra debuts March 3 digitally and in comic book stores. Look below for a preview from the first issue, including an exclusive glimpse at the world-defining double page spread from the issue. 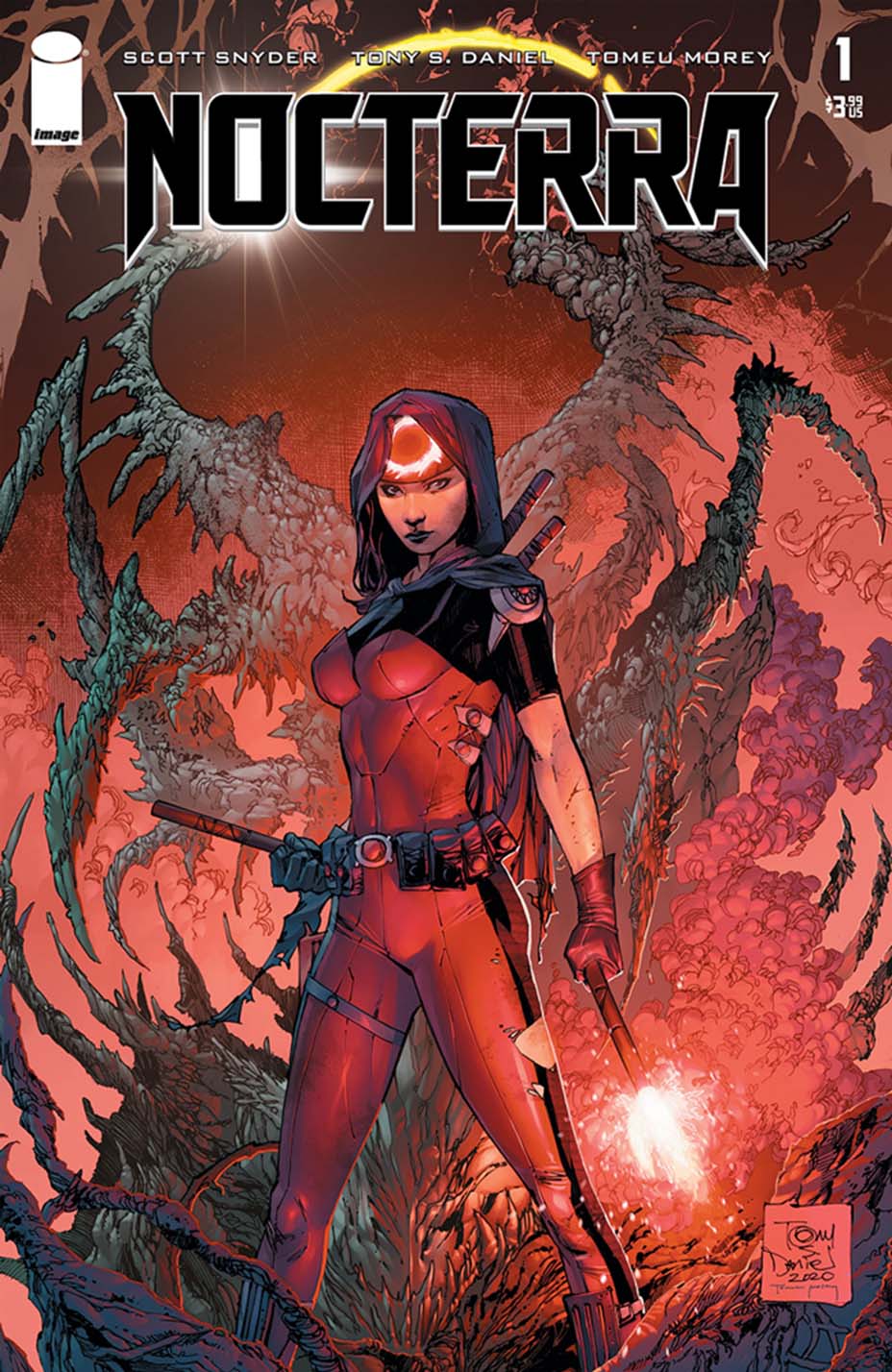 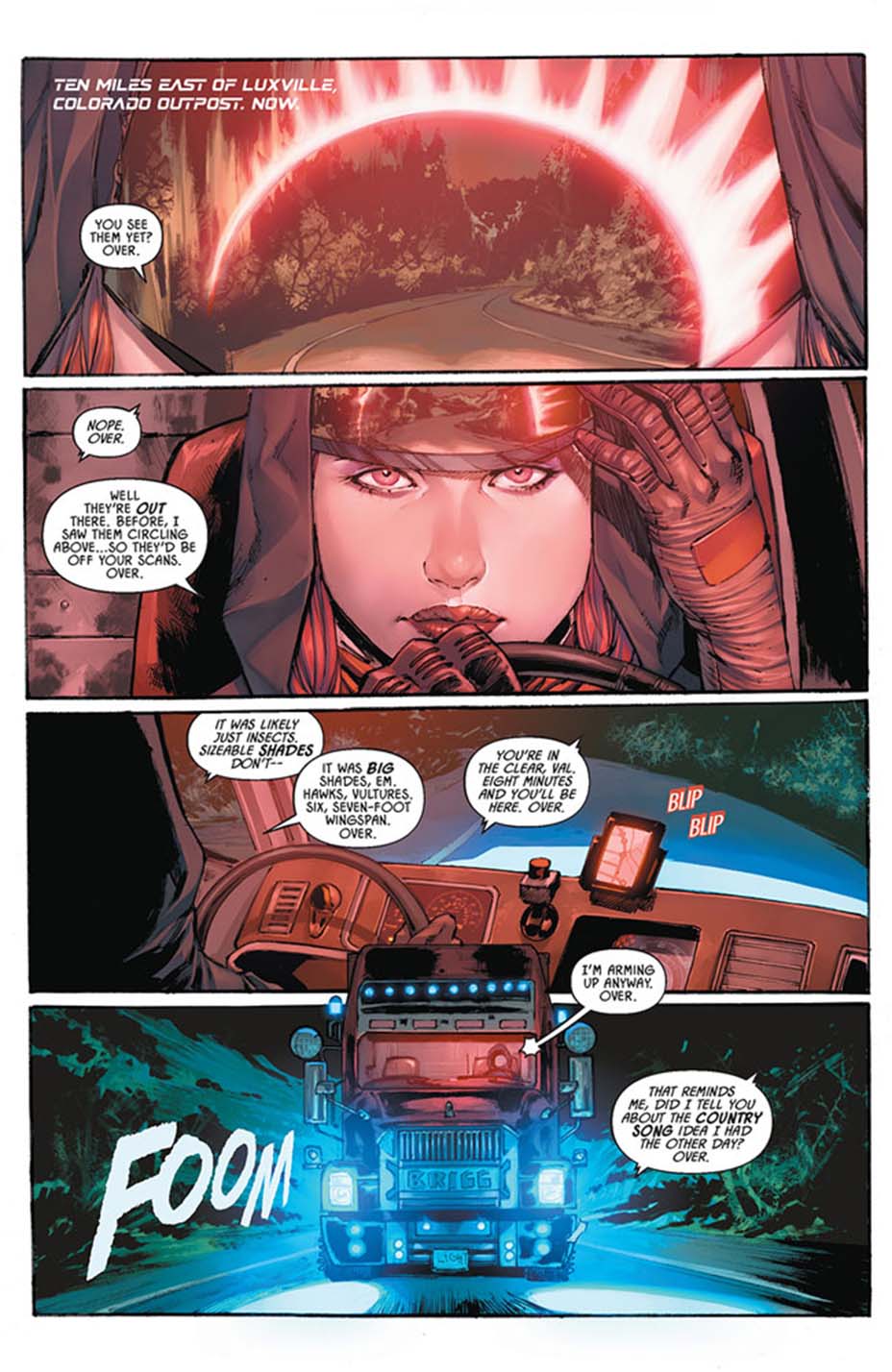 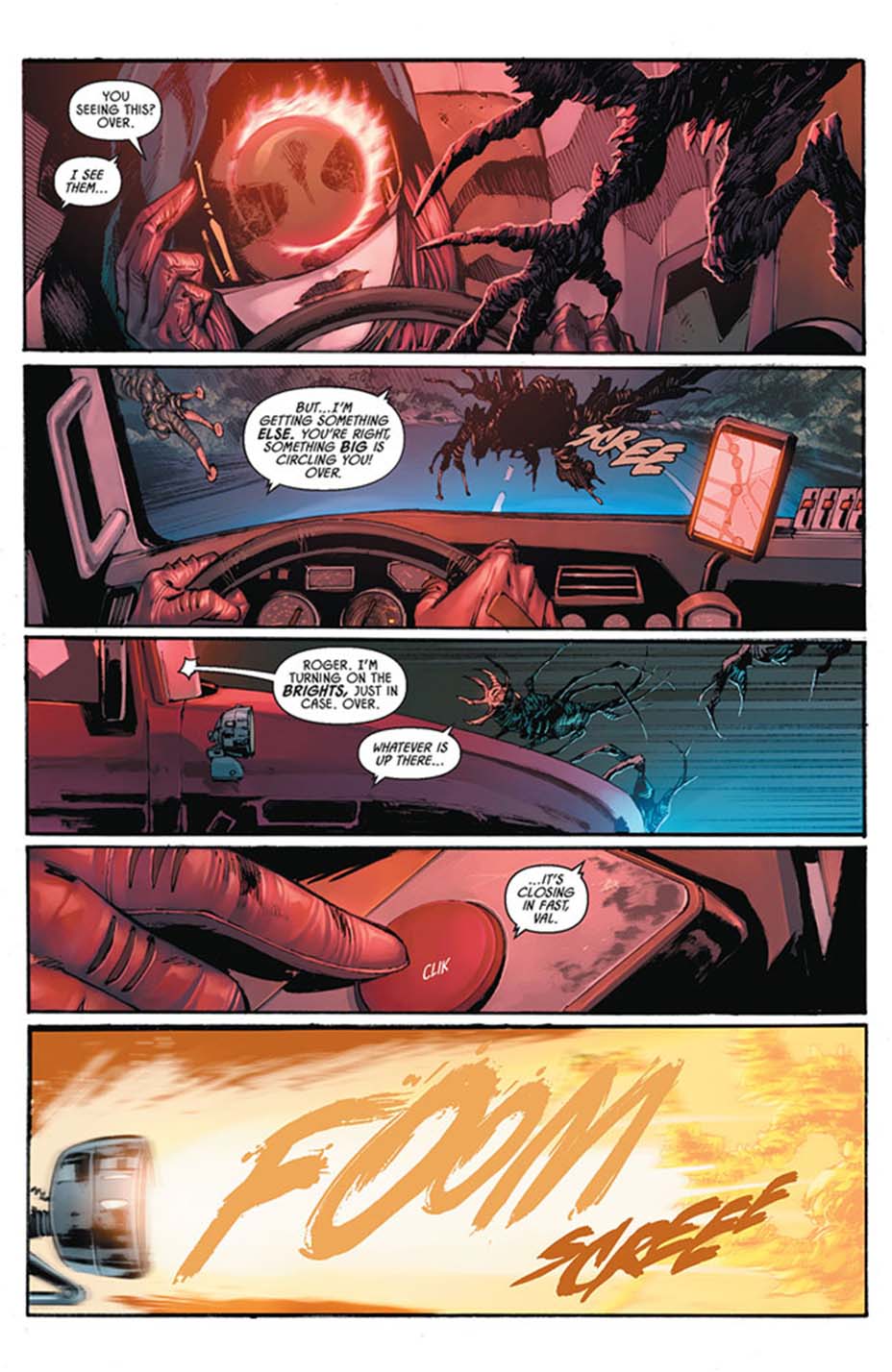 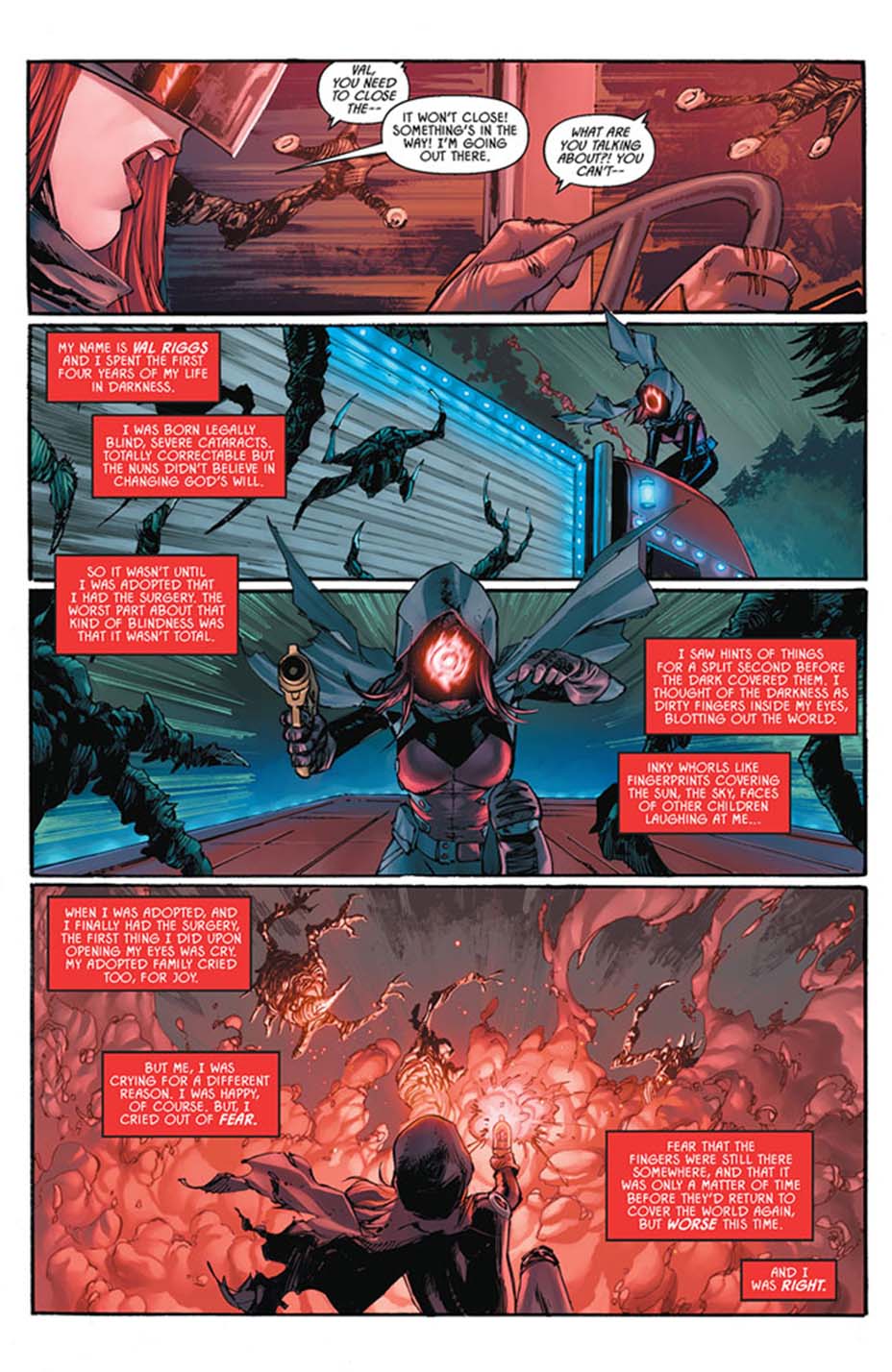 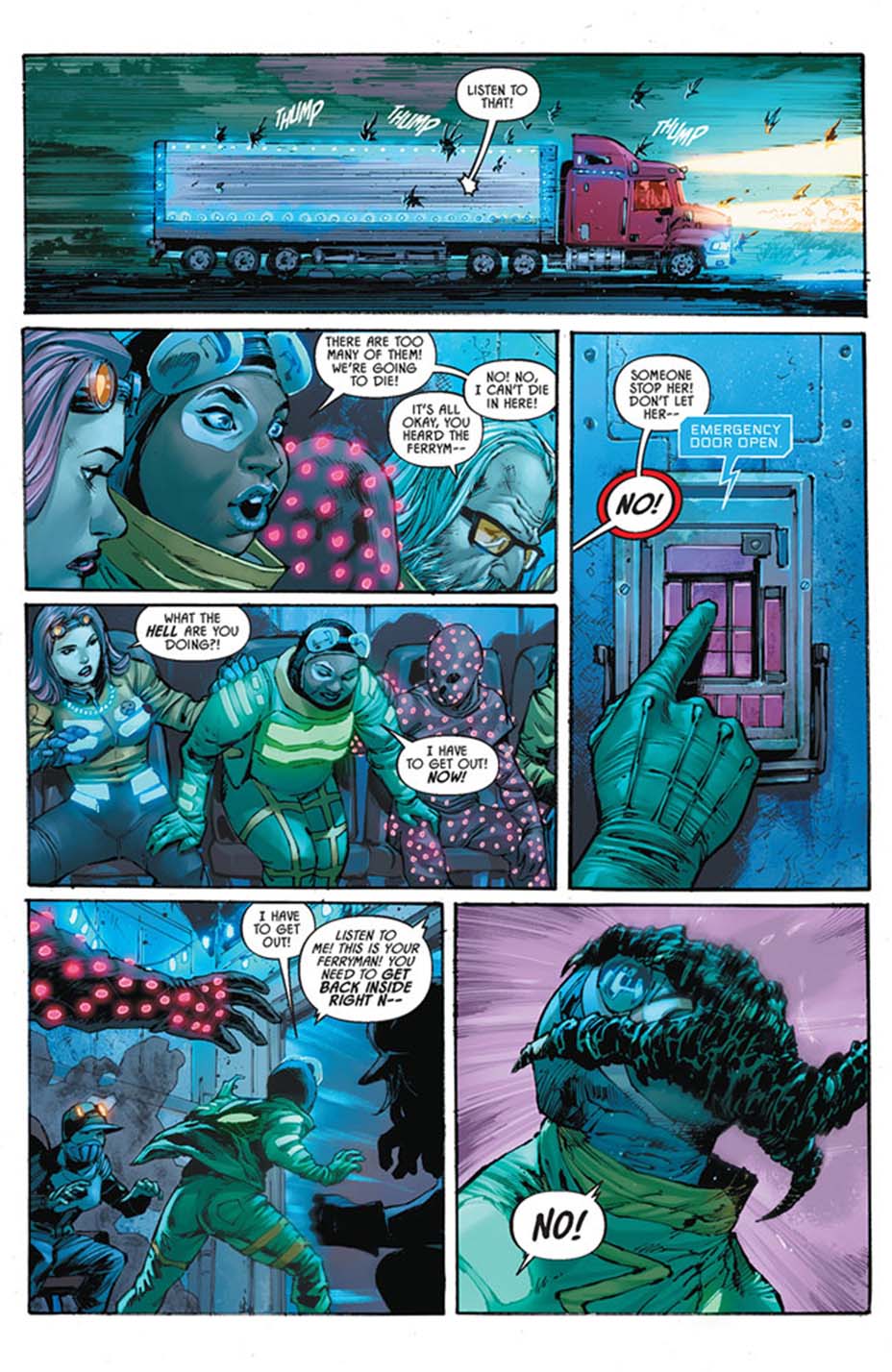 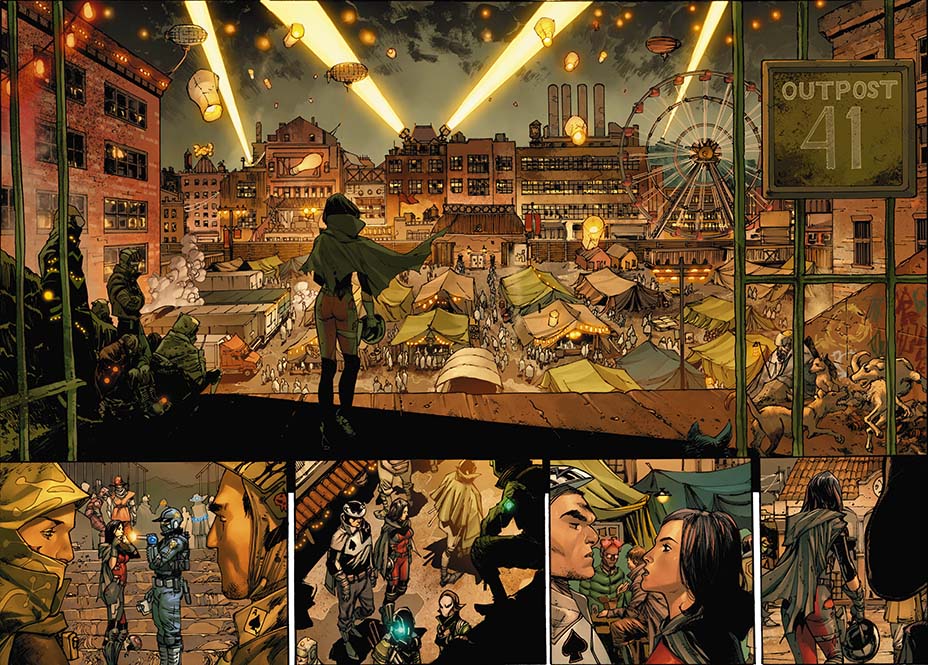