Young Star Wars fans in need of an adventure are going to get it with help from a new program from a galaxy far, far away.

Starlight Virtual Reality, a new VR initiative launching later this year, will put 270 VR headsets into hospitals across the country, and will feature content from the Star Wars universe, as well as from Google Expeditions, Daydream, Google Earth VR and Tilt Brush.

Star Wars: Force for Change is the founding sponsor of the program, which is receiving additional funding from Niagara Cares and VR technology powered by Google.

“We’re excited to announce the launch of Starlight VR, which we believe will be a game changer in the pediatric health care space,” said Chris Helfrich, CEO of Starlight Children’s Foundation. “We’re excited to have Lucasfilm and Disney, Google and Niagara Cares alongside us as we harness the power of virtual reality to bring more smiles to hospitalized kids when and where they need it most.”

The program will also provide Starlight Brave Gowns (see below), high-quality (and certainly more fun) garments for the children to wear — and it will facilitate visits from celebrities. 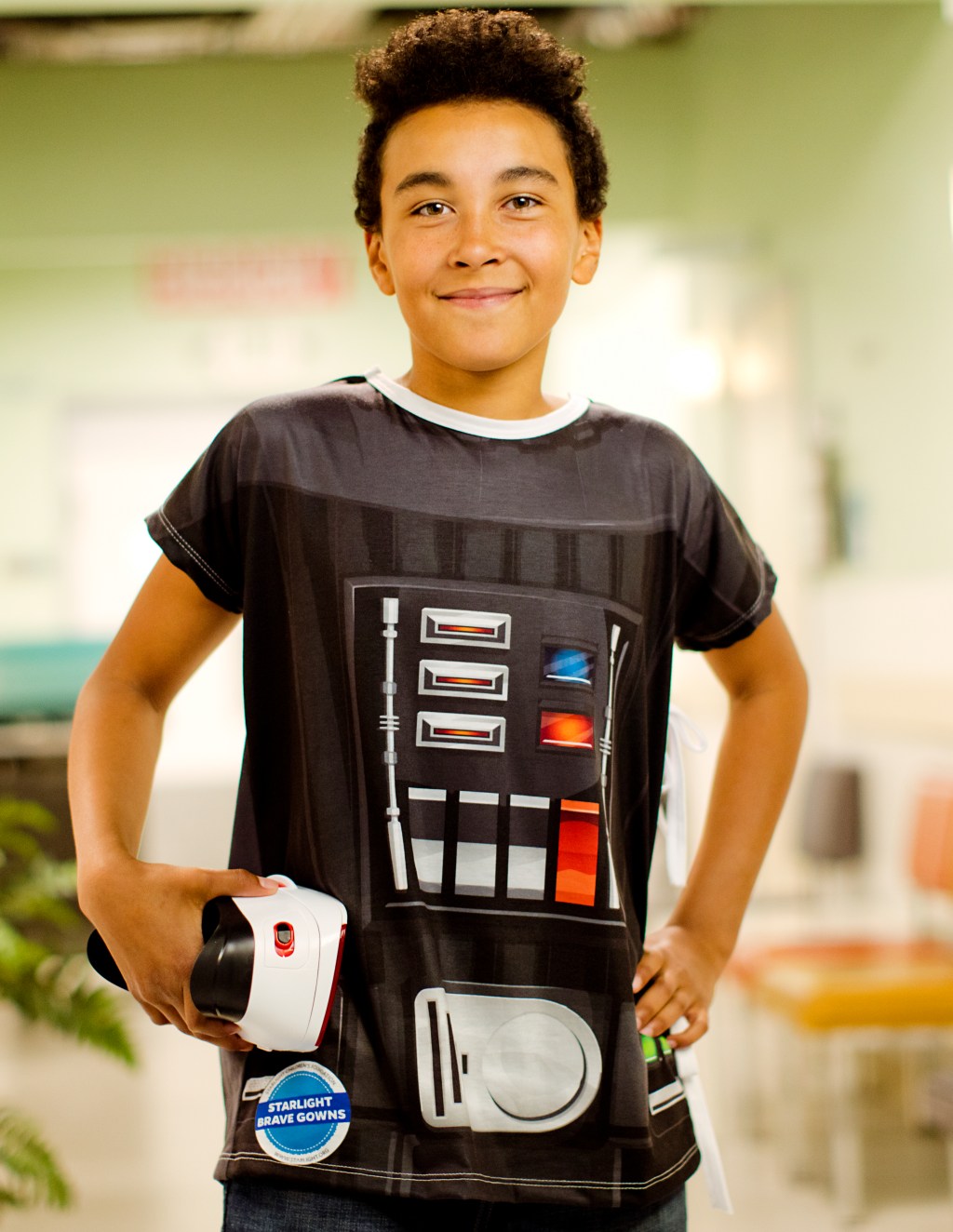 “At Lucasfilm and ILMxLAB, we strive to make the impossible, possible and to deliver stories that inspire and entertain,” said Vicki Dobbs Beck, Executive in charge, ILMxLab. “We are honored to use our immersive storytelling to spark children’s imaginations during the hospital stay.”

The Meet BB-8 experience (image preview below) will be available at Star Wars Celebration in Orlando, Fla., this week and is one example of the program that will roll out. 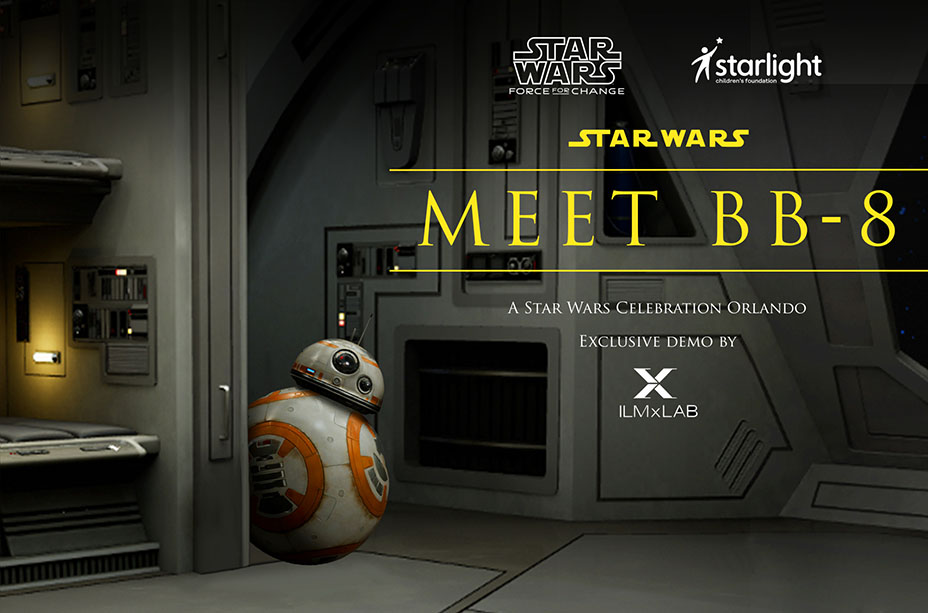 “We’re thrilled to support this Starlight program and use our virtual reality technology for good in hospitals around the United States,” said Amit Singh, vp Virtual Reality at Google.

The new initiative comes as Star Wars stars Mark Hamill and Daisy Ridley announced a new Force for Change fundraising campaign Tuesday that will see winners get a trip to the Star Wars: The Last Jedi premiere, an overnight visit to Skywalker Ranch, as well as a possible walk-on role in the young Han Solo movie.

The Starlight Virtual Reality collaboration launches Wednesday at Florida Hospital for Children in Orlando, ahead of Star Wars Celebration beginning Thursday in the city. Hamill was onhand to visit some of the children, and shared photos afterwards as well as a touching Facebook post about one child he met, Jay Ryan Jr..

“So this just happened,Jay got to meet an absolute amazing man in a private meeting, Mark Hamill, Jay loves Star Wars and Luke Skywalker,” read a post on a Facebook page dedicated to the young man. “After Jay lost his arm he said it was ok because Luke only has one arm. He shared that story with Mr Hamill. He told Jay he was the real hero and I (Mark) am just a made up hero.”

What a thrill to meet Jay Ryan Jr. whose courage in the face of adversity is a life-lesson for us all! #TeamJay #ReelHeroMeetsRealHero https://t.co/p47Hp5JI2E

The Force is with us! And so is Luke Skywalker! Thank you @HamillHimself and @StarlightUS for the amazing visit! pic.twitter.com/S12hgnDQVE