“We’re onto something. We don’t know if it will turn out to be right or if we’re on the wrong track, but let’s try.”

This was the call Alexander Nanau received from Romanian journalist Catalin Tolontan in late 2015 after Tolontan had — somewhat reluctantly — agreed to let the director into the newsroom at the Bucharest paper Sports Gazette and film his investigations into Romania’s notorious health care system.

“I had a narrow mind,” says Tolontan. “I saw the newsroom as a refuge, with boring norms and standards. I was also worried that our sources, the whistleblowers, might suffer.”

But the chief concern of the editor — who admits to being “far from a film specialist” — was the “disaster” that would unfold when Nanau turned up with his vast 30-man crew (or so he presumed).

As he soon found out, he had nothing to worry about — for most of the 14 months Nanau spent tracking Tolontan and his small team of investigative reporters, it was just the director, often with a small handheld camera in tow (although occasionally he would be joined by a sound man). Despite the fact that neither director nor journalist had much of an idea of the structure or storyline at the start of filming — beyond an early pitch that Nanau says was to examine “an abuse of power” — what was captured eventually would form the feature documentary Collective, Romania’s official submission in the international Oscar category. 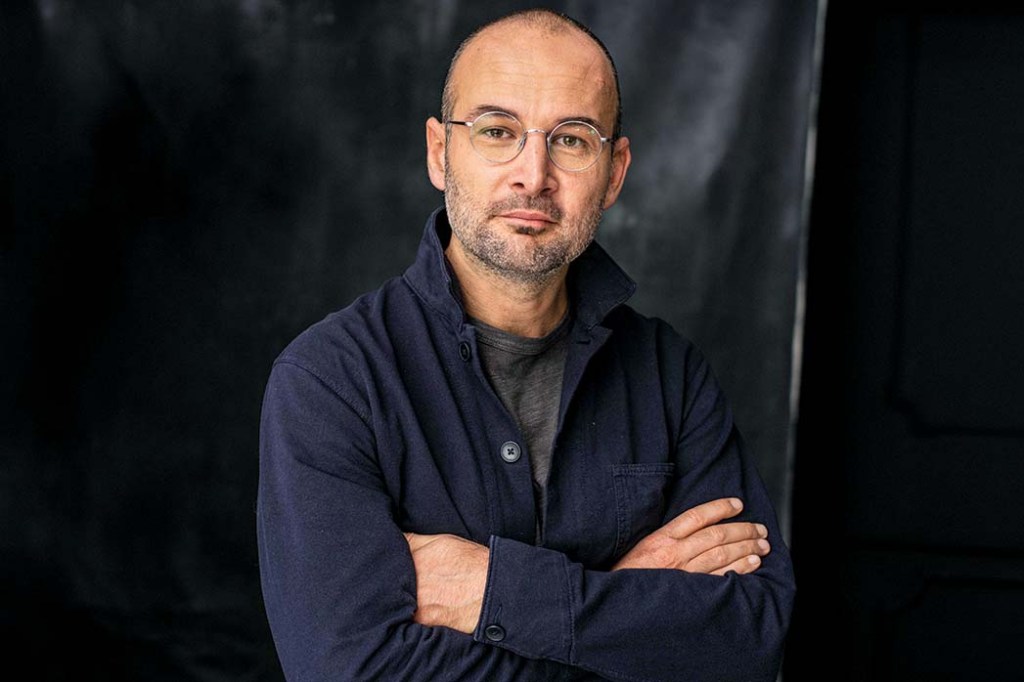 Nanau originally had begun documenting the aftermath of a deadly fire on Oct. 30, 2015, at the popular Bucharest nightclub Colectiv. Sixty-four people, mostly young Romanians, were killed and many more permanently injured in the tragedy, which was found to be the fault of lax inspections into fire exits and building materials, and brought to the surface deep-rooted bureaucratic corruption. The exposé proved to be the final straw for a country that for decades had been undermined by cronyism and fraud, and major street protests forced the prime minister to resign within weeks.

But it was the continued deceit and cover-ups over the disaster — where the majority of victims actually died much later in local hospitals — that interested the director, particularly the dogged investigative work by Tolontan.

“His team popped out from the media landscape because they were the only ones who were questioning the manipulation that was going on,” Nanau says. For his particular style of observational filmmaking, following these reporters seemed the perfect route. 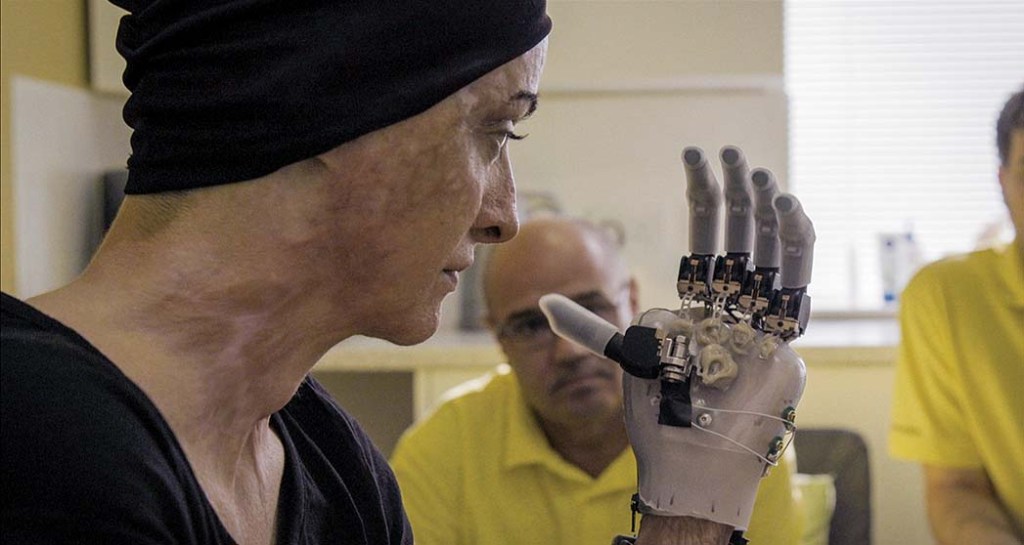 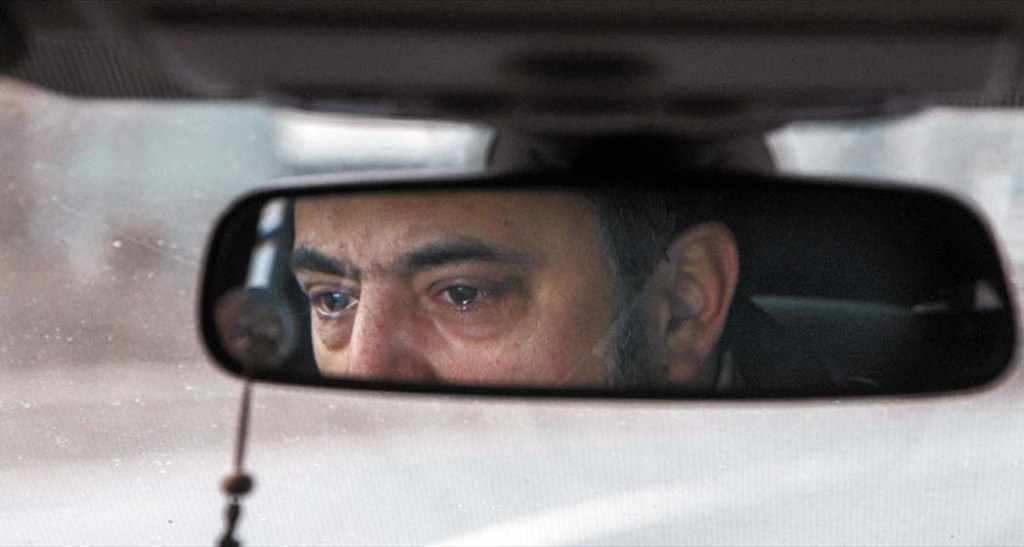 The only issue was Tolontan himself, who Nanau says was already the “most feared journalist in the country” and well known for being very rigid and severe. The first request was turned down. But the editor then gathered his entire 80-strong newsroom and it was agreed — with a younger generation turning its back on journalism and spending more time on Facebook and Twitter than reading papers — that they should open themselves up.

“I remember the moment very well because we said that if people had expected social media to hold politicians to account, then Richard Nixon would still be the president,” Tolontan says.

While a fear of leaks kept Nanau in the dark until his camera started recording, the “something” that Tolontan had mentioned in that initial call would be the first in a series of staggering revelations: that the majority of Colectiv nightclub victims who died after the incident had not, in fact, died from causes connected to the fire. As disclosed by Sports Gazette, most had succumbed to bacterial infections picked up later within the hospitals, which the government had proudly declared to be state-of-the-art (even refusing to send patients to more modern facilities in Austria to push this narrative).

From there, the investigation snowballed, revealing a cancerous rot at the heart of Romania’s beleaguered health care system.

With Nanau a near-permanent fixture in Tolontan’s small meeting room (although Tolontan says that after a few months, the director seemed to “just magically disappear”), the reporters exposed how hospital disinfectant had been diluted to dangerous levels, how the disinfectant’s Romanian manufacturer, Hexi Pharma, had funneled money into offshore accounts and how this money was being used to bribe hospital managers into buying its ineffective products. But it wasn’t just disinfectant — whistleblowers later revealed to the paper how top-level officials had been using fraudulent medical purchases to line their pockets with taxpayers’ money for years, leaving their hospitals short. In a distinctly horror-movie moment, a secretly filmed video showed maggots wriggling in a patient’s poorly dressed wound. All of these eye-opening disclosures were captured, as they unraveled, by Nanau.

“The power comes from letting life write the scripts,” says Nanau of filming a story that’s happening in real time, where there’s no sense of which direction it might take. As for planning, he says the key was to ensure that production could mobilize “within half an hour” of any impromptu shooting opportunity, which meant having assistants and lawyers on hand to produce the necessary papers and ensure he had access. 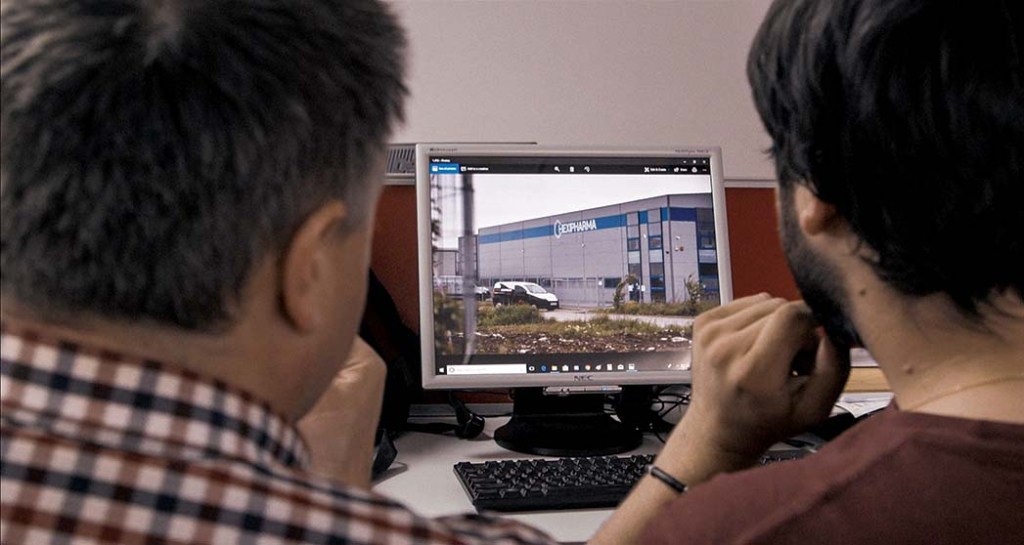 But a major plot moment occurred in May 2016 with the arrival of Vlad Voiculescu as the new health minister (the previous official resigned following the scandal, all caught by Nanau’s lens). A former patients’ rights activist and far removed from the usual trajectory of a career politician, Voiculescu had actually appeared in a previous HBO documentary, 2015’s Reteaua, chronicling his creation of a network of volunteers across Europe to supply Romania with much-needed essential medicines (“It was a bit like the Dallas Buyers Club, although there was no profit involved,” he says).

Like Tolontan, Voiculescu says he initially was “very reluctant” to be filmed by Nanau — who he had been told didn’t yet know what his movie would be about but “was a good guy.”

But they bonded by speaking German (Nanau was educated in Germany, while Voiculescu had just returned to Romania after 14 years in Vienna). “We also share the same set of values, and we developed a sort of friendship over time,” says Voiculescu. 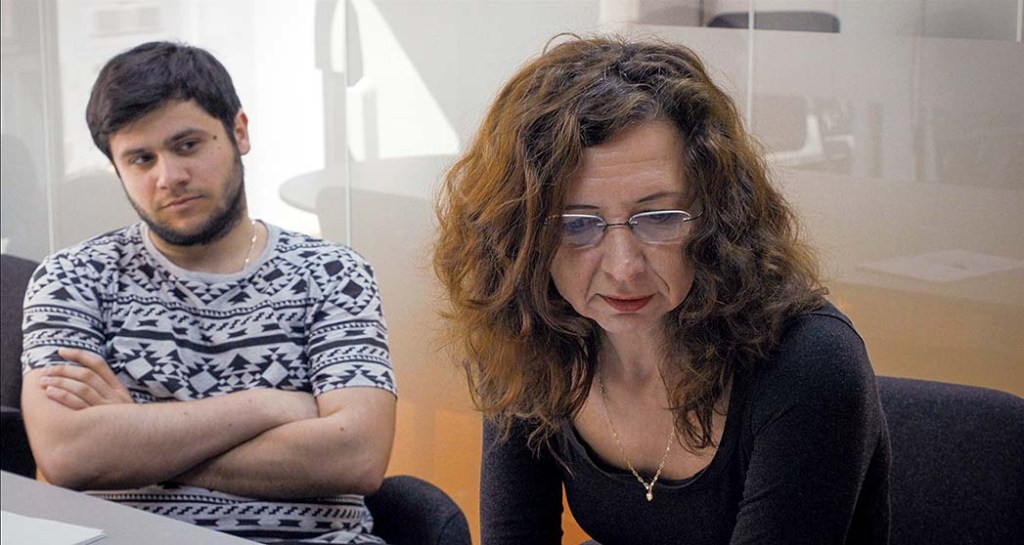 There were also his own battles with transparency, having come up against a deeply opaque ministry of health as an activist and now surveying the chaos from within.

“It was a sort of a protest from my side,” he says of allowing the documentary maker to trail him. “Every day things were happening that were so incredible, so mesmerizing, and I thought maybe somebody should really see what I’m seeing, at least to know where we stand.”

Once inside, Nanau was given the same incredible access as with Sports Gazette, capturing Voiculescu in moments of deep despair at the levels of corruption and politically motivated mismanagement he was up against. At one point on the phone, he suggests — on camera — that everybody he’s dealing with should just be fired.

Both Tolontan and Voiculescu placed a huge amount of trust in the hands of Nanau. At Sports Gazette, the director — who says he had proof his phone had been tapped by Romanian Intelligence Service — set up a system to lock away sensitive footage of what they had been covering and their sources so that they could be assured that nothing would leak. Nanau’s trustworthiness was later put to the test by Tolontan after the director returned from a spell with Voiculescu at the ministry.

“We asked him if he could give us a small scoop,” says Tolontan with a laugh. Nanau turned him down.

As with so many documentarians who focus their lenses on the more troubling aspects of humanity, it was only in postproduction that everything Nanau had recorded began to hit home.

“In the editing room, you can’t escape it,” he says. “The emotional impact and breakdowns happen when you’re alone with the footage and you really start to understand the magnitude of human failure.”

Nanau had around 400 hours of footage alongside hundreds of hours of clips from the patients, organizations and groups connected to the subject matter.

“I really wanted to have a very objective point of view and understand everything before cutting it down,” he says. Once Nanau finally finishing shooting in mid-2017 (six months after the film itself ends), it took a year and a half to piece together the feature that would become Collective, which was ready in time for its premiere at Venice in 2019. 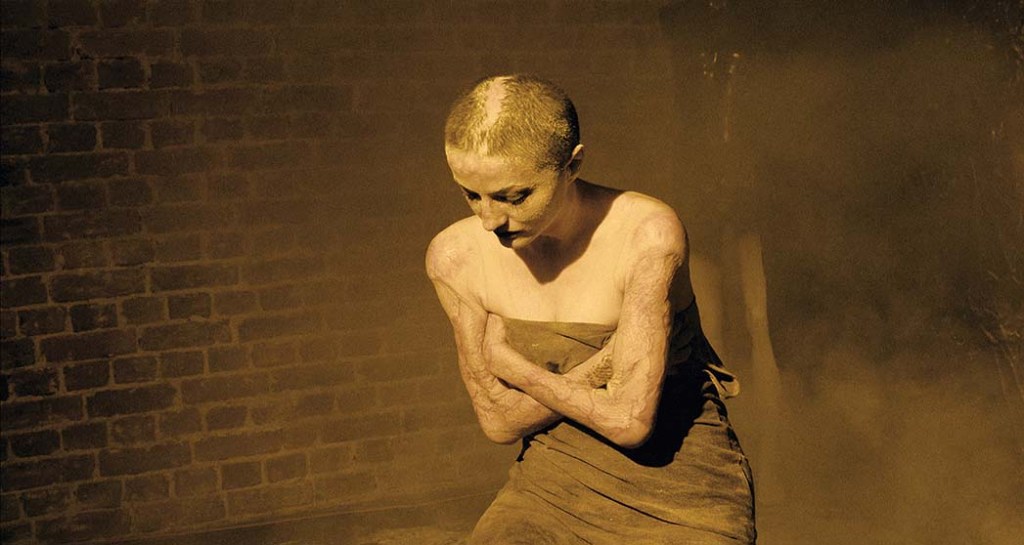 The power of the documentary lies not in its individual moments, or a particular revelation, but by the combined, yes, “collective” shock and fury of Sports Gazette‘s investigations, even though they occurred more than four years ago. And this was something that Nanau says played to his advantage during production. Although he’s confident that authorities were trying to listen in on his calls and occasionally question those he spoke to, he claims they otherwise didn’t take him or his film too seriously.

“I think they just thought, ‘OK, this guy must be a bit stupid,’ ” he says. “How can you film for such a long time and not release anything? And the things that he could release are already in the press, so how could he be a menace?”

Tolontan — who says a new joke in his newsroom when colleagues ask about his whereabouts is “on IMDb” — admits that he too had similar reservations about how impactful such a film could be. Not only did he have “serious doubts” about condensing approximately 100 sizable investigative articles over the span of a year into one movie, but when Nanau told him the date of Collective‘s release, he just assumed that by then, nobody would care.

“And he told me, ‘Let’s see, maybe there will be some public interest in three years.’ And I was wrong, and he was right. He was really right.”