Ryan Coogler was finishing Marvel’s historic Black Panther superhero movie when a panther figure of a different kind came into his life. He and his wife, Zinzi, were having dinner in the Brooklyn backyard of filmmaker and friend Shaka King in August 2017 when King mentioned a project he wanted to direct about Fred Hampton, the famed Chicago Black Panther Party leader. In 1969, Hampton was assassinated by law enforcement with the help of petty thief William O’Neal, who became a key FBI informant in J. Edgar Hoover’s plan to destroy the party.

“[We] weren’t thinking of producing anything then,” says Coogler. “But it was one of those things I couldn’t ignore. [King] would keep me in the loop, and then around the time Black Panther came out, Zinzi and I were talking about forming a production company, Proximity. Shaka said he’d love us to come on board. It was the first movie our company produced.” 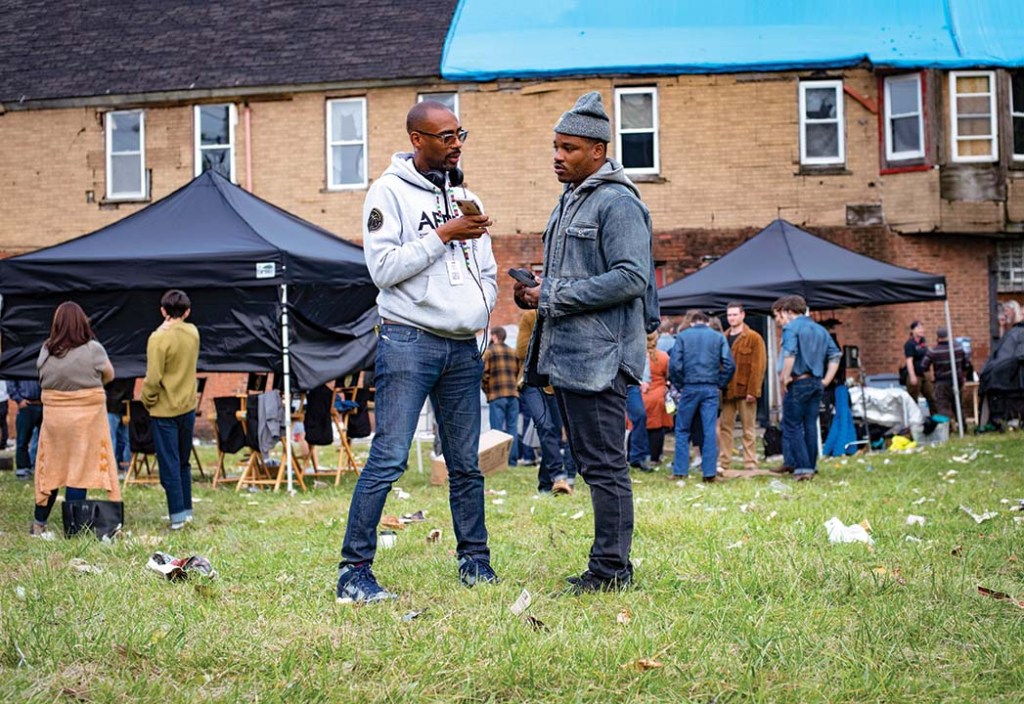 The making of Judas and the Black Messiah is a tale of chance meetings that have turned into abiding friendships and collective Hollywood power. Coogler and King had first met in 2013 at Sundance when premiering their first features, the police brutality drama Fruitvale Station and the hip stoner comedy Newlyweeds, respectively. Judas also is a testament to how many of its players, some of whom have roots in comedy, were able to jump into drama, as well as the power of Coogler in the post-Black Panther era to get a major Hollywood studio to back a film about a controversial chapter in American history that most would rather ignore.

Shortly after Black Panther was released in 2018, Coogler placed a call to Charles D. King, the former uber agent who now runs Macro. Charles King, Shaka King (they are not related) and Coogler had been founding members of Blackout for Human Rights, a coalition of artists dedicated to creating awareness about police brutality. Charles King read the script and quickly responded that Macro would partner with the Cooglers’ newly formed Proximity and put up 50 percent of the financing (the size of the budget has remained undisclosed, but Judas cost less than $20 million to produce). Black Panther star Daniel Kaluuya signed on to play Hampton, while LaKeith Stanfield (Selma, Atlanta) struck a deal to star as O’Neal. The cast also includes Martin Sheen as Hoover and Dominique Fishback as Hampton’s pregnant fiancee Deborah Johnson (she now goes by the name Akua Njeri).

The movie, which made AFI’s prestigious top-20 list this year, debuts in cinemas and on HBO Max on Feb. 12. Kaluuya has been nominated for a Golden Globe and a SAG Award for his performance. And it nabs top PGA and Oscar noms, it would be the first best picture competitor in history whose credited producers (Coogler, King and Shaka King) are all Black. 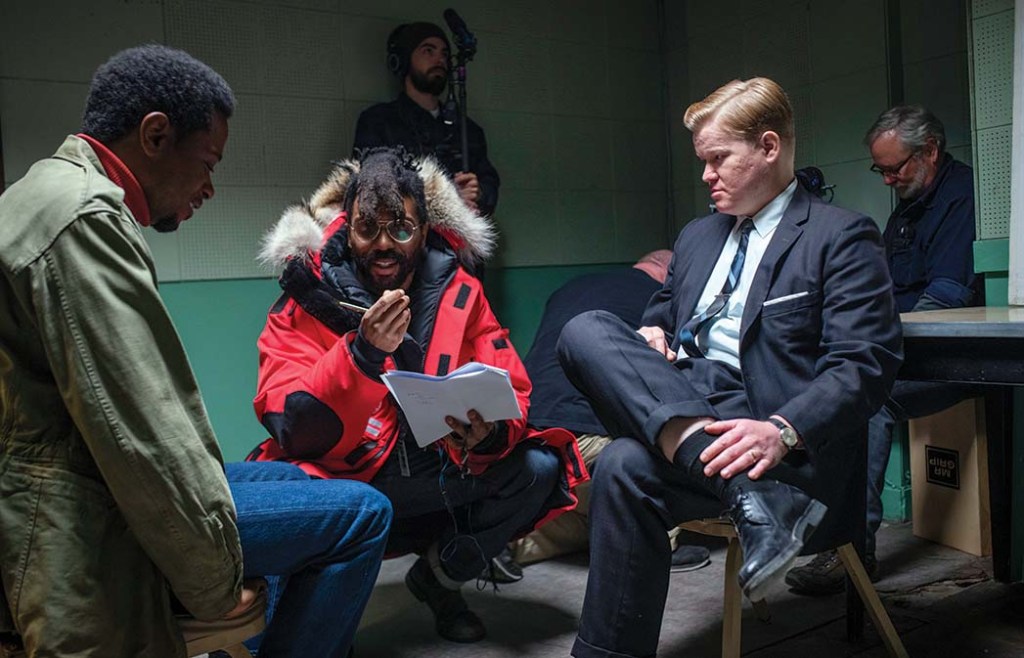 Shaka King expected a bidding war for Judas, considering its pedigree. It never came. “I was surprised, yes. The movie sold itself, in my opinion. You could pitch it as, ‘from the director of Black Panther comes the story of an actual Black Panther,’ ” he says. “You’ve got LaKeith and Daniel, who are two of the best actors of their generation and bona fide movie stars. You’ve got Charles D. King putting up half the budget. So it’s not like the studio has to fully finance it.”

The film found a home at Warners (Participant and Bron later put up some financing as well). Charles King says the studio understood what Judas could mean from a cultural level after years of the Black Panther Party being vilified by much of society. “I loved the way Shaka tells this incredible story,” he says. Adds Coogler, “We loved the script. That’s one thing I don’t want to gloss over.”

Writers Keith and Kenny Lucas, who started developing the story in 2013-14, had taken an African American history course at the College of New Jersey in which they studied the Panthers and Hampton. After the identical twins established themselves in Hollywood as comedy actors, writers and producers (they created the animated show Lucas Bros. Moving Co. and performed multiple times on Late Night With Jimmy Fallon), they did more research and learned about O’Neal, who slipped Hampton a sedative on Dec. 3, 1969, hours before law enforcement shot the Black Panther leader as he slept next to Johnson. She gave birth to their son, Fred Hampton Jr., several weeks later. When working on an FX pilot with Shaka King, the Lucas brothers asked if he’d want to direct their passion project. 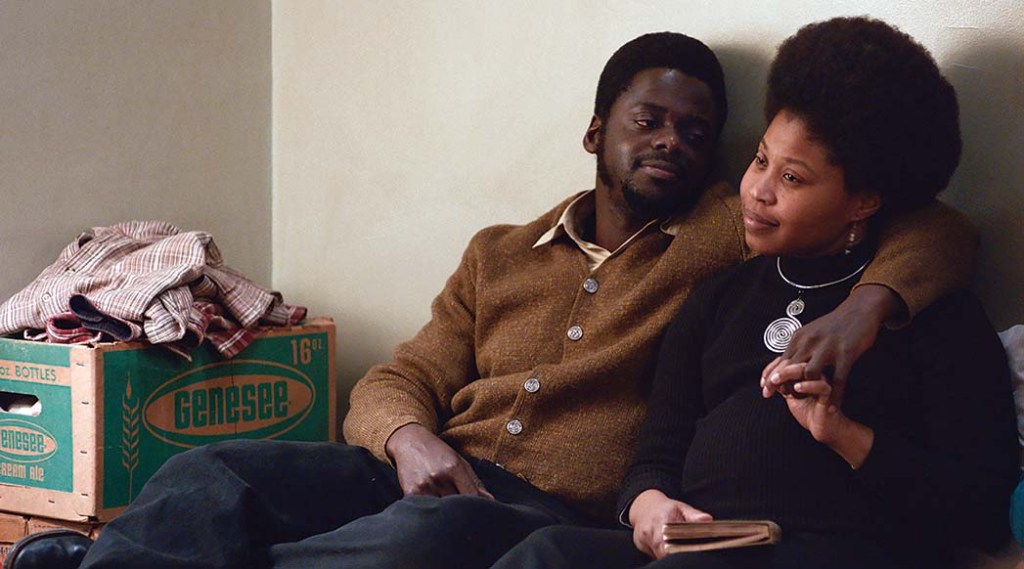 “They wanted to make The Departed inside the world of COINTELPRO, which was a government [surveillance] program,” Shaka King says. “I knew who Fred Hampton was, but I was not familiar with the story of William O’Neal. That was totally new to me, and that kind of knocked me on my ass.”

Shaka King next heard that Will Berson, another writer from the comedy side, also was pursuing Hampton’s story. Berson and King teamed up in 2016 and wrote a script based on the Lucas brothers’ provocative idea of focusing on both O’Neal and Hampton. “In our first meeting, I remember cringing and saying, ‘Wait, is that OK [to give equal weight to the informant]?’ ” Berson said. “But he convinced me. And the way he talks about it, it’s a biopic of Fred Hampton inside a classic 1970s thriller.”

Kaluuya recalls that he was doing Black Panther reshoots when the Cooglers told him about the role of Hampton. He made arrangements to meet with Shaka King in New York during Get Out‘s press tour. “The script just blew my mind,” says Kaluuya. “I was so moved by chairman Fred Hampton’s words and [the way members of] the Black Panther Party lived.”

Like other castmembers, Kaluuya worked his way through a Black Panther Party reading list provided by Shaka King. He traveled to Chicago, visiting Hampton’s childhood home and places where he spoke. The actor also hired an opera coach to train his vocal chords and diaphragm, since he’s not trained to be an orator. “I sang because I saw that his speeches were like the talking version of singing,” says Kaluuya.

Stanfield did his own research, including studying transcripts from court cases in which O’Neal was involved. After Hampton was killed in 1969, O’Neal remained an FBI informant until his cover was blown in 1983. Years later, he discussed his recruitment by the FBI in the PBS civil rights movement docuseries Eyes on the Prize. On the night the first episode aired — Jan. 15, 1990 — he committed suicide. 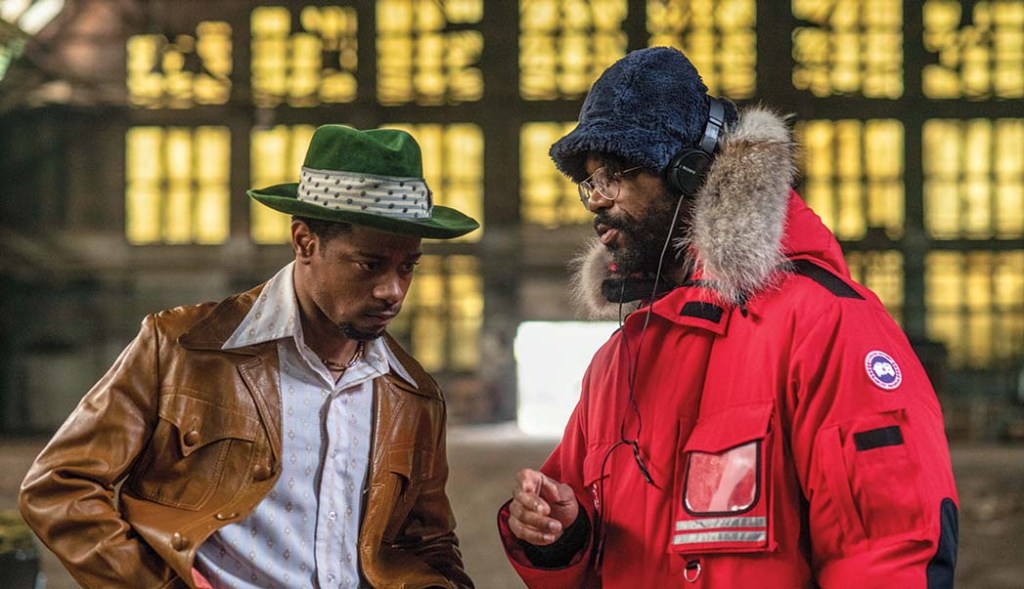 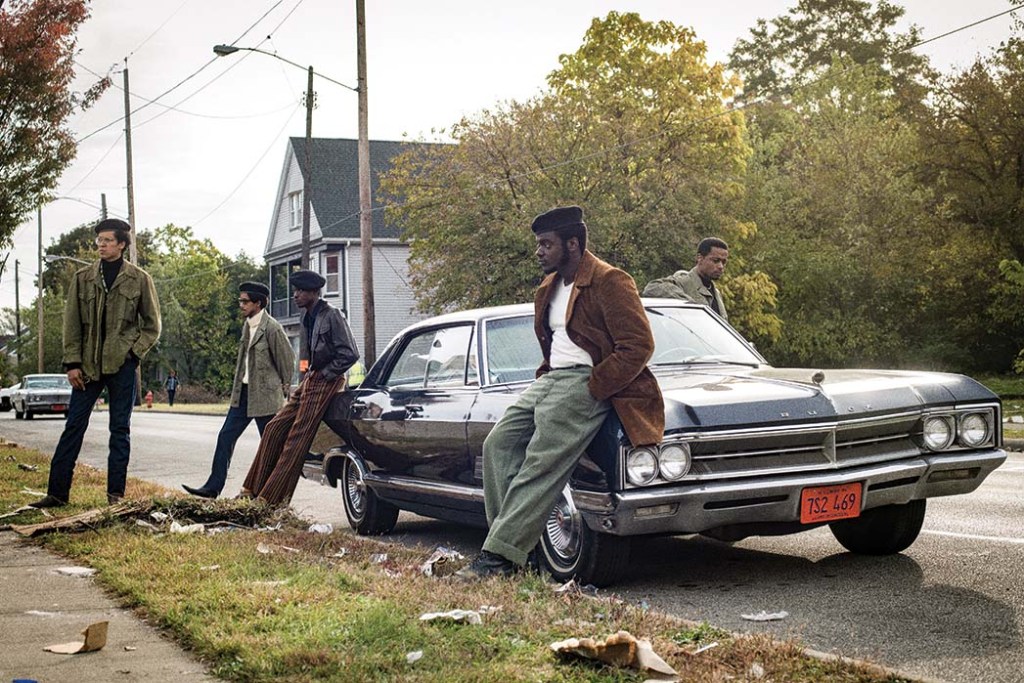 “I learned that people aren’t as simple as villains or heroes,” says Stanfield. Still, playing the person who drugged Hampton was “very hard and challenging,” he admits, noting that members of O’Neal’s family visited the set. “I was honored to be there with his family,” says Stanfield. “It’s not often you get a chance to work on material like this. So I’m just endlessly grateful.”

Sean Bobbitt, who is Steve McQueen’s go-to cinematographer, and production designer Sam Lisenco (Uncut Gems) extol the value of using Cleveland as a stand-in for Chicago — the 41-day shoot commenced in October 2019 — since the city’s municipal architecture still resembles the 1960s and ’70s. “There are still old parking meters and street lamps that haven’t been converted to LED. And the curb hasn’t been overlaid with safety covers that are day-glow orange,” says Lisenco.

Since Cleveland does not have a costume house, costume designer Charlese Antoinette Jones sourced most of the clothing from other parts of the country, including from three warehouses in Fresno, California. “This vintage dealer had bought out department stores when they were going out of business and had all this leftover clothing from the ’60s and ’70s. He had original PF Flyers kids sneakers in the box still. My mind was blown,” Jones says.

Since there are few soundstages in Cleveland, King’s team converted an abandoned industrial storage facility into a stage space, where they reconstructed Hampton’s apartment. Not far away, they found a building they used as the Black Panthers’ office. They employed an old auditorium for a large FBI gathering and a 1920s police department for Hoover’s office.

For Fishback, one of the biggest challenges of prep was flying to Chicago and meeting with Njeri and Hampton Jr. “Shaka, Daniel, Charles King and myself … all of us went and sat around a table for seven hours,” she says. “Fred Jr. made us go around the table and say why each of us wanted to make the movie. Afterward, Mama Akua wanted to sit and talk with me and Daniel.”

The novel coronavirus pandemic impacted the Judas team amid postproduction, with all work suspended. Shaka King, who was sequestered in Brooklyn, and editor Kristan Sprague began working remotely. Eventually, they were able to sit in the same room and finish Judas, which is among several Black-led movies competing in this year’s awards race as Hollywood attempts to reverse decades of largely ignoring diverse voices and stories.

“I think the biggest compliment I’ve been paid is when people say, ‘Yo, how the hell did you get to make this?’ It doesn’t feel like the usual Hollywood representation of this kind of political organization,” says Shaka King. “People thought it would be a lot more watered down.”