Gregg Toland is one of the most influential cinematographers of all time, and his work on Orson Welles’ Citizen Kane (1941) — with innovations including deep focus, which keeps the foreground, middle ground and background all looking sharp — is iconic. So when director David Fincher and cinematographer Erik Messerschmidt set out to make Mank, the Netflix drama that stars Gary Oldman as screenwriter Herman J. Mankiewicz in the throes of writing Kane, Toland’s efforts had to be carefully considered.

“David and I talked at length about it. That was something we wanted to echo and reference and pay homage to, but we weren’t really trying to emulate it,” says Messerschmidt, who earned an Emmy nomination this year for Fincher’s Netflix crime series Mindhunter. “We didn’t want people to necessarily look at the film and be like, ‘Oh, it’s Gregg Toland’s work.’ We were trying to keep the photography story-driven and within the narrative of what we were trying to translate to the audience.” 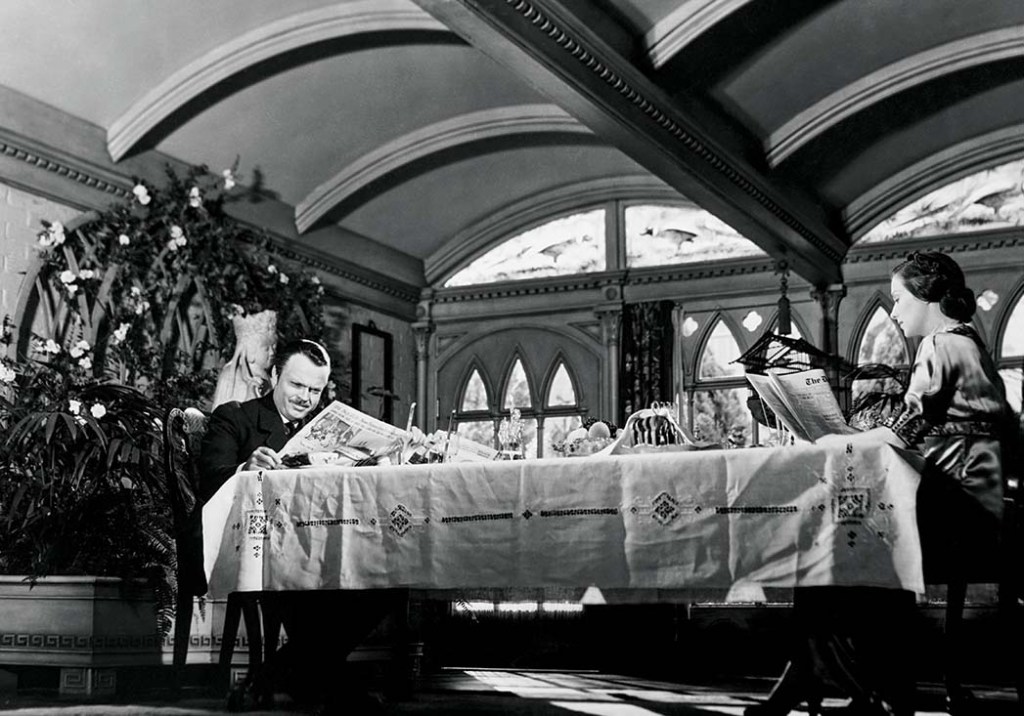 Fincher knew he wanted a black-and-white movie from the onset, “but what we weren’t sure about was whether we would shoot color and then desaturate it in post, which is sort of the common way,” the director of photography explains. “The reason a lot of people shoot color and desaturate it is because in the digital intermediate process, there are certain advantages to that; you can grab certain colors and adjust the tonal range.”

But after comparing both options, “we saw the results onscreen the first time and said, ‘There’s no way in hell we’re shooting color.’ The black-and-white camera just has this kind of lustrous silvery quality to it that you look for in a silver gelatin print that you just don’t get when you desaturate color.”

Kane was lensed with a Mitchell BNC film camera. (Toland’s camera, with the serial number BNC 2, was restored several years ago and now sits under glass as part of the collection at the American Society of Cinematographers’ Hollywood clubhouse.) After testing, it was decided that Mank would be photographed using the new Red Helium Monochrome camera, which has a Super 35mm 8K sensor. And rather than Kane‘s 1.37:1 aspect ratio, they went with a wider 2.20:1. The images were graded in 6K in Dolby Vision, using select post processes to enhance the period look. “Photographed in Hi-Dynamic Range” reads a playful opening credit.

The cinematography also pays homage to Kane by incorporating elements of Toland’s approach, from low camera angles to deep focus. Of the latter, Messerschmidt says he examined lenses at a number of equipment rental houses: “I went to Panavision several times looking at options. I did the same at Keslow Camera. I think I looked at every lens they had. A part of that testing was finding lenses that retain most of the sharpness at very deep stops.”