Marc Bernardin has cultivated a strong geek following with his insightful and entertaining Fatman on Batman and Battlestar Galactica podcasts, his Emmy-nominated screenwriting work on such shows as Castle Rock and Star Trek: Picard, and his comic book work.

But this week, Bernardin, who was also a journalist for Entertainment Weekly and The Hollywood Reporter, released his most personal work yet, the YA graphic novel, Adora and the Distance.

Coming digitally from ComiXology Originals, the story focuses on nine-year old girl named Adora, plagued by nightmares, who goes on a quest to stave off her kingdom’s destruction.

Inspired by his daughter, Bernardin’s tale weaves together a band of protectors, underground river pirates, hidden cities and a mysterious foe that is creative fodder for Indonesian artist Ariela Kristantina, who brings the Arabic-tinged world to life.

THR caught Bernardin as he was gearing up to watch Marvel’s Loki (research for his next Fatman podcast, he says, and of course we believe him) to talk about the book.

This book was almost 15 years in the making. How did it begin?

The idea popped into my head after my daughter was diagnosed with being on the autism spectrum. Friends told me I could process this by writing an article or book but I was always resistant to it. I didn’t want to write a memoir, I didn’t want to write a “here’s how I dealt with it.” I wanted to know about the narrative that I didn’t have access to, which was what was going on inside her head. Over the next couple of years, I kept returning to it and it merged into this fantasy story inspired by the content she liked, The Wiggles, Finding Nemo, Dora the Explorer. And this eventually became Adora and the Distance.

There must have been ups and downs getting this made.

There were like three or four times that I pitched it to some publishers who appreciated it but just didn’t quite get. And some collaborators fizzled. I thought about doing it as a Patreon or Kickstarter and that didn’t quite gel. About five years ago I just figured I might as well write it. But it was 15 years in the making and there definitely have been ebbs and flows.

What’s the reaction been so far?

It’s been incredibly heartwarming. One of the things I was very mindful was I know the spectrum is a vast landscape of people with various levels of ability and needs and desires. Hearing from people on the spectrum who have read and it and felt connected to it has been heartening. That’s the part that means the world to me.

Will we see more of Adora?

It was designed to be a one-off. But the more I think about it, the more I see there is a path for another chapter. I’m not as dismissive to the idea as I had been in the past.

Adora and the Distance is out now on ComiXology. Bernardin, who is prepping to make his directorial debut with Splinter, a short that was funded via a successful Kickstarter campaign, will be at the live recording of Fatman on Batman podcast June 22 at Hollywood’s Scum and Villainy Cantina.

Check out the five-page preview, in which Adora and her Magnificent Seven-style knightly protectors find a way out of a dead-end in a cave, below. 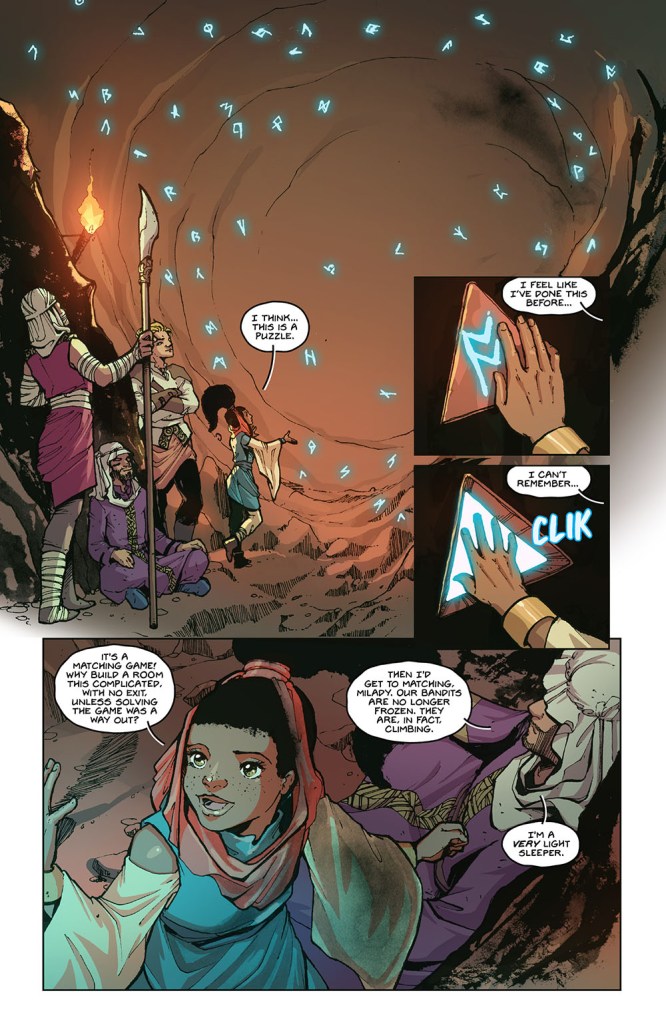 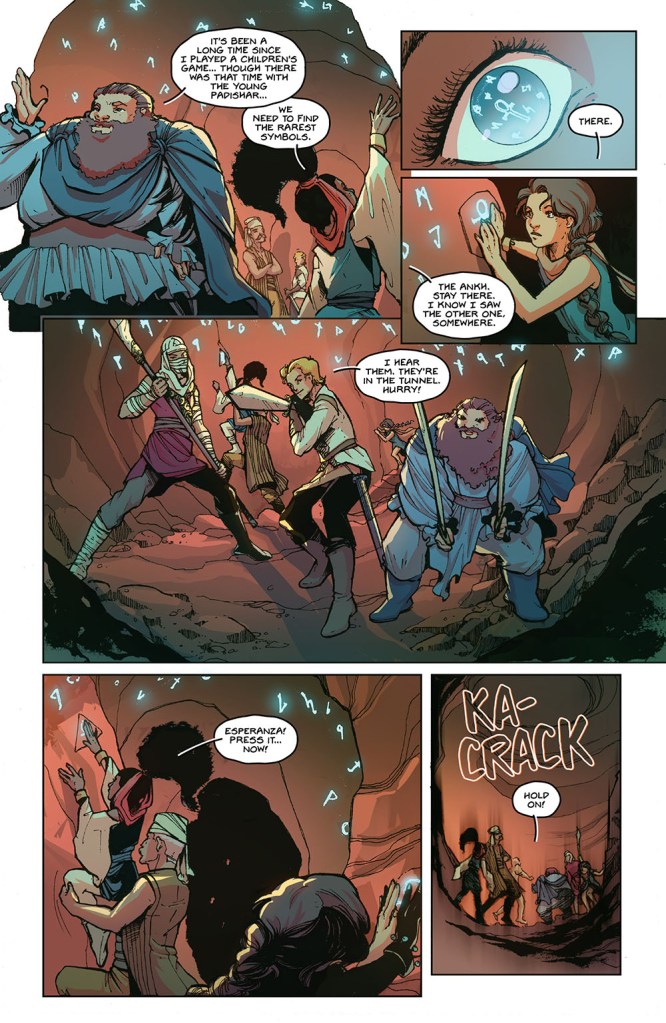 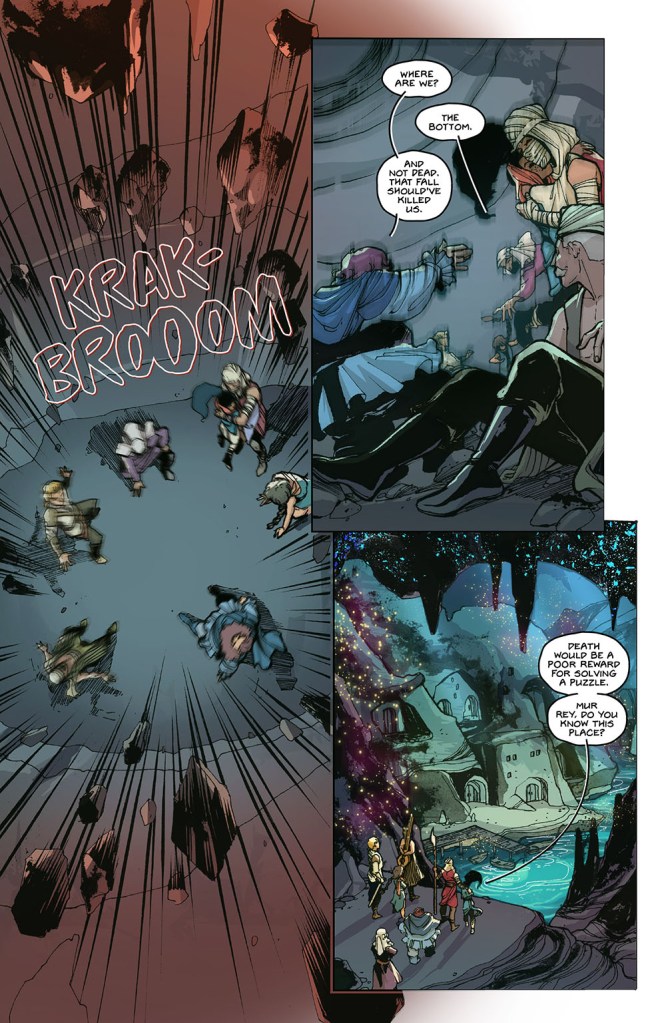