A plot thread from September’s Marvel Legacy special issue will continue through “after-credit scenes” in multiple comic books next year.

Wolverine returned from the dead in Legacy, coming back without explanation from his apparent Adamantium-clad demise in 2014’s Death of Wolverine series to hunt down one of the Infinity Stones that will be at the center of next year’s Avengers: Infinity War movie. Now, Marvel has revealed that fans wanting more information about what’s going on will have to pick up multiple comic book series for answers, starting with Captain America No. 697, Mighty Thor No. 703 and Amazing Spider-Man No. 794, all on sale in January.

“Mystery has always been part of Wolverine’s DNA,” senior editor Mark Paniccia said in a statement from the publisher. “He’s one of Marvel’s most interesting and popular characters. Fans are going to have a helluva ride finding out where he’s been and how he came back.”

The character was also shown on another teaser image from the publisher last week, alongside Captain Marvel and Guardians of the Galaxy‘s Star-Lord, teasing a storyline launching in an unknown series in February. Apparently, Wolverine is going to be getting around in the near future. 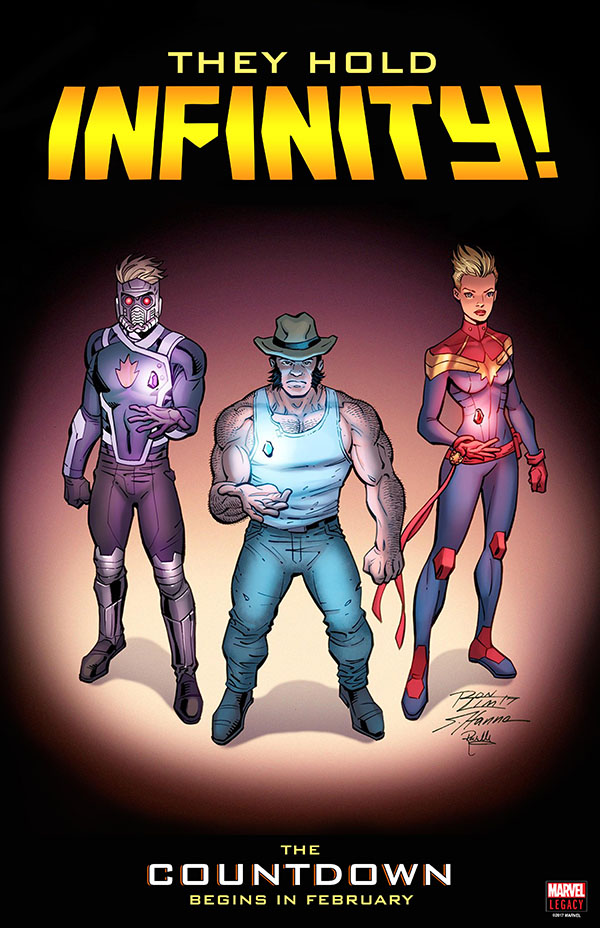 'Marvel Legacy': Explaining the Mythology You Might Not Be Familiar With