Marvel Studios head Kevin Feige is pulling back the curtain on the future of the Marvel Cinematic Universe following Avengers: Endgame.

“These will be both new and continuing stories,” said Feige. “These will be major storylines set in the MCU with ramifications that will be felt both through the other Disney+ series we’ll be producing and the future on the big screen.”

He also revealed that WandaVision will be the title of a new series starring Paul Bettany and Elizabeth Olsen, in which they will reprise their film roles as Vision and the Scarlet Witch, respectively.

“This story is definitely something unexpected and surprising, as well as something we could only do in a longform series,” said Feige of the project, which has Captain Marvel screenwriter Jac Schaeffer serving as showrunner.

Feige also revealed the studio would be debuting its first animated series What If, which is based off of the classic comic book series which looks at key moments in Marvel history and asks, “What if things had gone differently?” It will feature voice talent from Marvel’s big-screen projects, and the first episode will ask what if Peggy Carter had taken the super soldier serum, leaving Steve Rogers as a scrawny kid who eventually joins the World War II fight thanks to a metal suit made by Tony Stark’s father Howard Stark.

Feige also spoke about several previously reported series, including one starring Tom Hiddleston’s as Loki, while the presentation also revealed the title of Falcon & Winter Soldier, which will see Anthony Mackie and Sebastian Stan team up, with Empire‘s Malcolm Spellman set to pen the script. 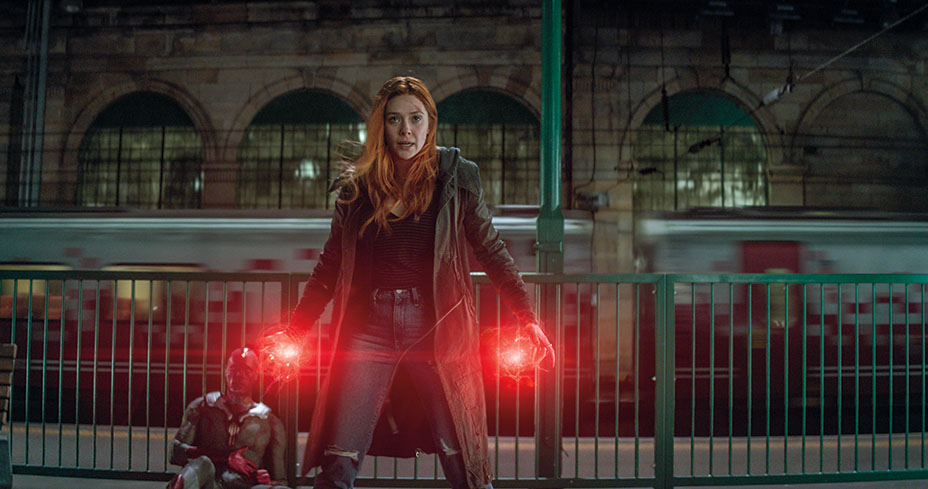 Though Feige did not mention the project, news broke Wednesday that Jeremy Renner’s Hawkeye is also getting his own miniseries.

Disney has not set dates for the series, but it is describing WandaVision, Loki and What If as launching during year two of Disney+. Falcon & Winter Soldier is expected for year one.

The Disney+ plans come as the MCU is poised for a shake-up as it says goodbye to some of its key players with the April 26 bow of Avenger: Endgame. It also follows Netflix canceling its Marvel shows as the competing Disney+ streaming service nears its launch. The Netflix shows — such as Daredevil and Luke Cage — did not feature talent from the MCU’s big-screen adventures, and though they were technically part of the MCU, they never felt like they truly affected the events of the films. Feige’s comments on Thursday solidified the notion that the Disney+ shows will be marketed as essential viewing for MCU fans, rather than as the ancillary material the Netflix shows were often viewed as.

“These shows will be on the same level of quality that you’ve come to expect [from Marvel Studios films],” said Feige.

In addition to new streaming series, Disney+ will also be home to Marvel’s films. Captain Marvel will be available on day one, as will films such as Iron Man, Iron Man 3 and Thor: The Dark World. Within the first year, projects such as Avengers: Endgame, Black Panther, Thor: Ragnarok and Ant-Man and The Wasp will also be available.