After the discovery of visual references to the anti-Mormon book CES Letter in the most recent issue of the Amazing Spider-Man comic book, Marvel Entertainment and artist Ryan Ottley have revised the artwork that will appear in subsequent editions of the issue.

In issue No. 4, Ottley originally included an image of Spider-Man wearing a patch referencing CES Letter, a book written by ex-Mormon Jeremy Runnells in which he explores what he describes as the “troubling origins, history and practices” of his former faith. Future uses of the artwork, whether in digital release or reprinting, as well as collected editions, will feature revised artwork that removes the reference, as well as Ottley’s other original images and logos.

“The art reference in Amazing Spider-Man #4 was included without awareness by Marvel of its meaning,” Marvel told The Hollywood Reporter in a statement. “As a policy, Marvel does not permit hidden controversial messages in its artwork. The reference will be removed from all subsequent printings, digital versions and trade paperbacks.”

Additionally, THR was given a statement from Ottley.

“I’ve spoken with Marvel about my recent artwork, and I have no animosity toward members of the Church of Jesus Christ of Latter-day Saints,” he said. “My entire family are members, as are many of my friends, and I would never include anything mean-spirited about them or their beliefs. The reference was in regards to a subject I am interested in and a personal decision I made in my life. It has nothing to do with the character, the story or Marvel.” 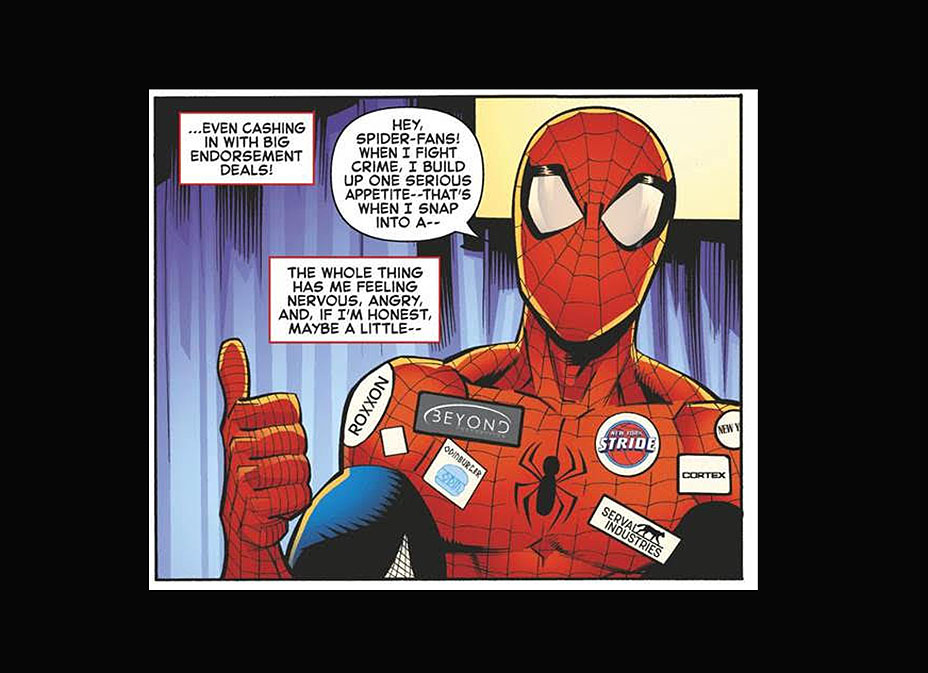 The current digital edition of The Amazing Spider-Man No. 4 already features the new artwork, with a second edition of the print version scheduled for release Sept. 19. The next issue of the series will be released digitally and in print Sept. 12.