While Empyre and X of Swords, Marvel Entertainment’s two previously announced event storylines spanning multiple series, are yet to begin in earnest, a third such storyline is already set to launch at the very end of the year, with the announcement of a follow-up to 2019’s Absolute Carnage, titled King in Black.

Written and drawn by the Absolute Carnage creative team of Donny Cates and Ryan Stegman, King in Black will see the arrival of Knull, the oft-teased “God of the Symbiotes” at the center of Cates’ Venom series, as he finally takes on Earth’s mightiest heroes in person.

Knull, created by Cates and Stegman for Venom No. 3 in 2018, has previously appeared in a number of series written by Cates: Venom, Absolute Carnage, and Silver Surfer: Black. He’s been portrayed as an ancient evil deity who created a weapon known as “All-Black the Necrosword” to fight against life itself; another weapon in his arsenal are the symbiotic alien race the Klyntar, which counts Venom amongst their number.

“As far as event books go, this is the coolest, darkest, most heavy metal, Cthulhu-dark horror thing that I’ve ever been able to do,” Cates said of the new series in a promotional video posted on Marvel.com. “I still can’t believe Marvel is letting us go as dark and as scary as we’re going.”

“All the Marvel characters think that they’re prepared for this, they think that they have a plan — Eddie Brock has told them, ‘Knull is coming,’” he continued. “The thing is, you guys — they’re so not ready for it. Captain America, Iron Man, all the X-Men teams, it’s all hands on deck.”

Marvel has not revealed the length of the King in Black series, nor the number of tie-in comic books the larger event will feature; in its publishing reshuffle following its COVID-19-related shutdown, Marvel cancelled 18 issues tying into this summer’s Empyre event storyline, roughly 40 percent of the story’s originally announced length.

King in Black launches in December. 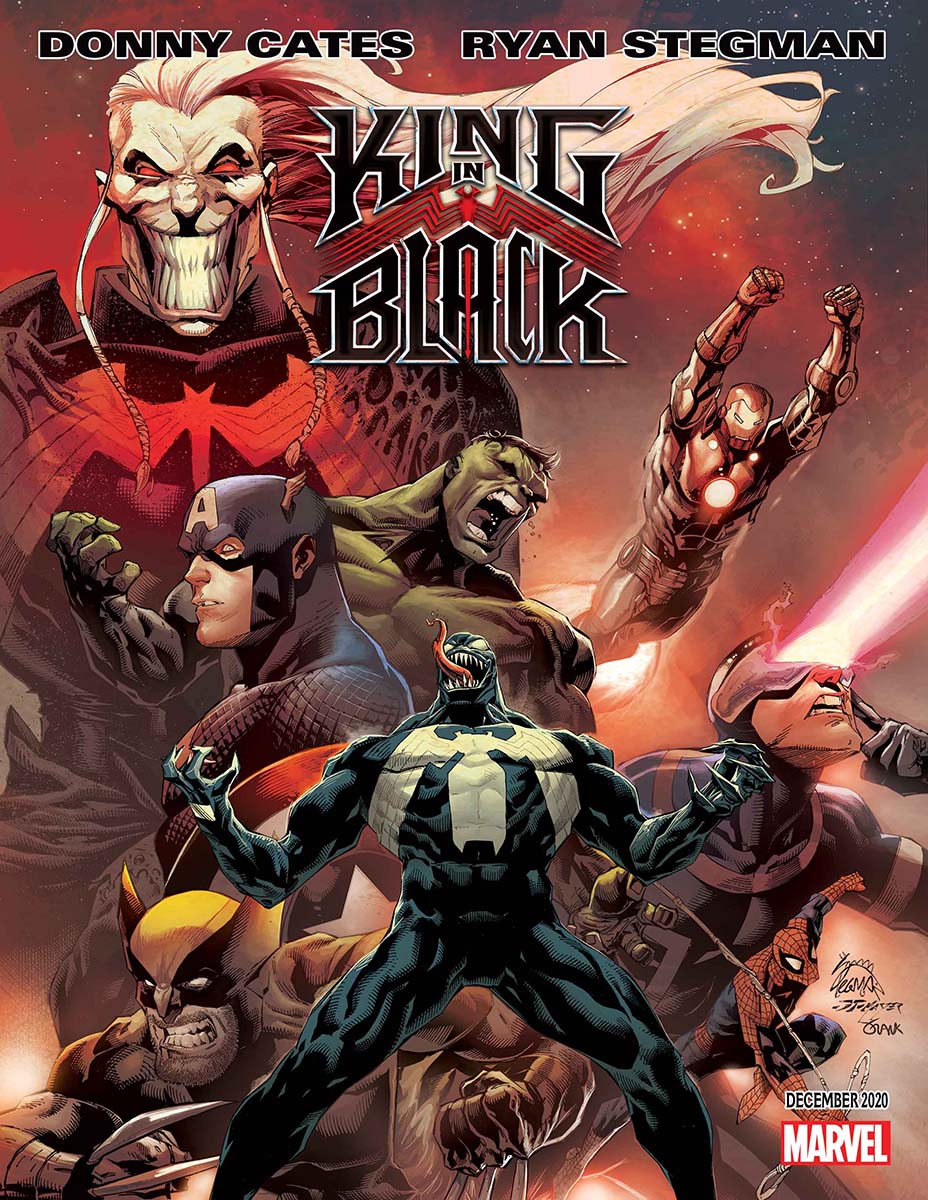