When Victoria Alonso, executive vp physical production for Marvel Studios, walks into any meeting, the first thing she does is tally the number of men and women in attendance, and at the end, she announces the stat.

Alonso, 52, first arrived in L.A. in 1990 to pursue acting, but she says she quickly learned she was “too tall, too short, not this, not that.” So she moved into the male-dominated field of special effects.

“For the longest of times, I was always one of the few women on set,” she says. “Thank God there was a makeup artist or a costumer or a hair person.”

Today, Alonso is part of the holy trinity that runs Hollywood’s most successful superhero label, along with Marvel president Kevin Feige and co-president Louis D’Esposito. She joined the company in 2006 as chief of visual effects before her promotion in 2015 to her current post, in which she manages 68 employees and an army of vendors who make all Marvel movies and TV series.

Alonso, who moved to the U.S. from Argentina when she was 19, and her wife, Imelda Corcoran, live on the Westside with their 7-year-old daughter and are opening an Argentinian restaurant in downtown L.A. She sat down with THR in her office on Disney’s Burbank lot to talk about the upcoming Captain Marvel starring Brie Larson — the first Marvel film with a female lead — and the gender imbalance in Hollywood.

Did you watch superhero movies growing up in Buenos Aires?

No. I watched Batman as a TV series and Wonder Woman. It was more DC Comics for me.

Marvel’s next film is Avengers: Infinity War. With a budget upwards of $300 million, is it the biggest movie you’ve worked on?

Infinity War is a dream come true. Everybody has had other journeys, but this is sort of the moment in time where their journeys collide. We didn’t have everyone there all the time. That only happened for two or three days.

Were you there when everybody was there?

Yes. I’m not going to lie to you, I cried. You say to yourself, “Huh?” You have big stars talking about other big stars as in, “Gasp, is that Michelle Pfeiffer? It is! Oh, was that so-and-so?” It’s like their little Hollywood moment, which I found lovely and endearing.

The movie was shot in Atlanta, where the Georgia legislature has in recent years considered bills that would allow discrimination against same-sex couples. Would you advocate pulling Marvel movies from the state if such a law passed?

The Walt Disney Co. has been very vocal about that, and I side with the company. I have very strong feelings about it. My wife comes with me everywhere. We’ve been married for 16 years. We have a child. I’m as out as they come. I don’t walk in every room and say, “Hey, I’m gay, nice to meet you!” [But] when people say “Are you married?” I never shy from saying, “Yes, to my wife.” That to me is part of the advocacy that needs to happen in order for us to have a common ground.

You wanted to make Black Panther for many years. What took so long?

I’ve been saying the same thing for a long time: You have to build a foundation so you can see the floors rise, right? Having people in front of and behind the camera that represent who we are as a culture and as an audience is exactly what is needed. This is not a political move for us. We answer to the fans, we answer to the characters. We have built this company on that philosophy; this is what the company is about. 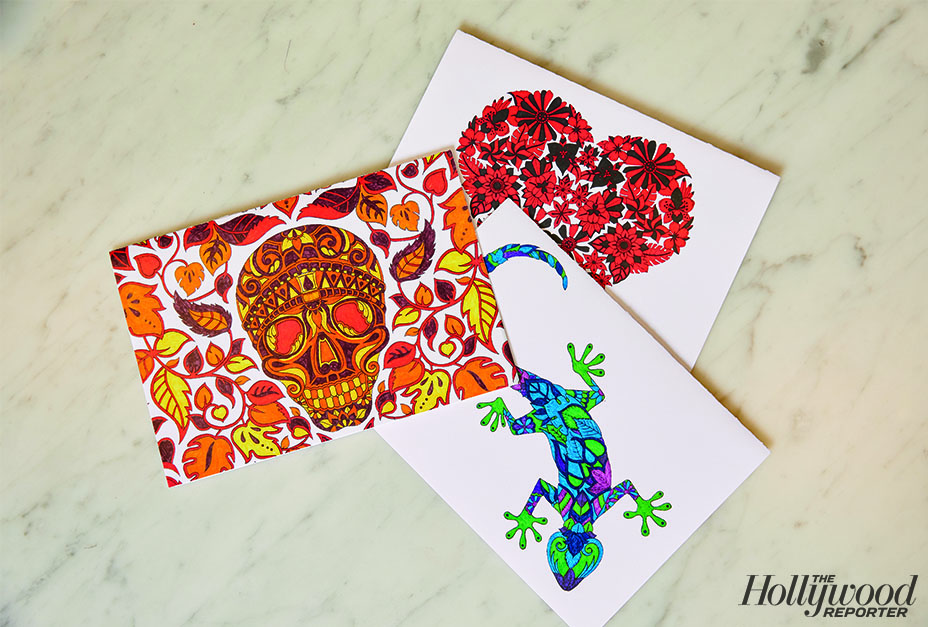 Anna Boden, who is co-directing Captain Marvel, is the first woman to helm a Marvel movie. When will we see a solo female director?

Are you involved with Time’s Up?

Yes. It is necessary. I think women have this tendency to think that if we get a job, we still have to earn it. No, no, no, no, no. Once you have the job, you’re there. Own it. Men don’t do that. I grew up in production and visual effects, which is a man’s world. You have to own your place. When I walk into a room, I do a head count of males and females. When I leave, I say it. Every room, every time. I get no pride, no power by being by myself. I’m happy to hold the banner, but I don’t want to be there alone. I want to be the first of many, not the first and only.

Can you describe a recent day in the office?

Lou, Kevin and I do it all, and although we do have very segmented things that we do, there are certain meetings that won’t happen if one of us is not there. We can have a visual development meeting for Captain Marvel, then go into a meeting about additional photography for Ant-Man and the Wasp. Then we go from there to Avengers: Infinity War for a visual effects review. We are in constant delivery, like a hospital. Kids are being born all the time.

What can throw a budget off faster than anything?

Every movie has its own challenge. When we were shooting the waterfall scene in Black Panther, the sun was hitting the water in such a way that it was reflecting in the eyes of the actors, and making some people feel dizzy. So we had to stop shooting. It rains in Atlanta a lot, as it does in London. You are constantly chasing weather. You have no way of managing that. The weather in L.A. is great, but we recently got rained out for two days on Captain Marvel. We were like, “Are you kidding me? We are in L.A. where it never rains!”

How do you decide whether it makes more sense to build a set or do a greenscreen?

If we could have it our way, we would always build a set because there is nothing better for the actors’ performance. For an actor, when they walk into an actual location, they feel the life of that character. But it is probably twice as expensive to build it than to build it in computer graphics.

It’s been 10 years since the launch of the Marvel Cinematic Universe with the first Iron Man. What are you most proud of in the run so far?

Black Panther and Captain Marvel. Social change is not up to me, it’s up to everyone, but this is my little part as a parent of a daughter and as a filmmaker.