The production still from the new movie musical sees Blunt as the magical nanny, standing outside the beloved Banks family home once again. This time, costume designer Sandy Powell is putting the titular character in a more colorful outfit than Julie Andrews ever wore in the 1964 original, as Blunt dons a decorated, small-brim maroon hat, fitted cobalt blue coat, teal gloves and oxford shoes with that patterned doctor’s bag full of magical trinkets. Nevertheless, she’s poised, unperturbed and, of course, practically perfect in every way.

Set 25 years after the events of the first Mary Poppins movie, this film checks back in on now-grown children Michael and Jane Banks, who have just experienced a personal loss. Poppins then teams up with her lamplighter friend, Jack (Lin-Manuel Miranda), to help the family.

Meryl Streep, Colin Firth, Angela Lansbury, Emily Mortimer and Julie Walters are also featured in the Rob Marshall film, which is currently in production in London. David Magee adapted the script from P.L. Travers’ works and is producing alongside Marc Platt and John DeLuca. Marc Shaiman is composing an all-new score; he and Scott Wittman are collaborating on writing the original songs. 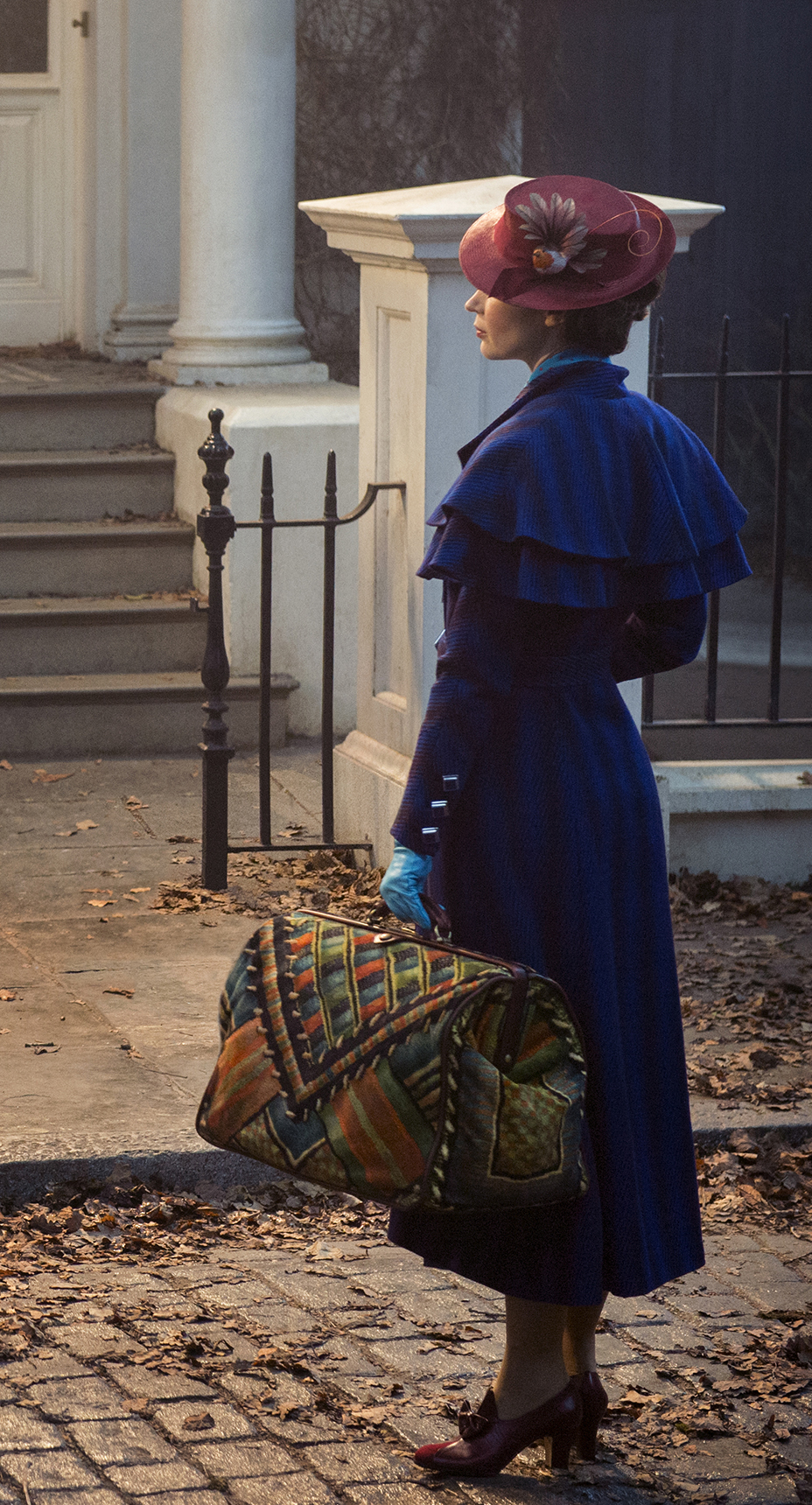