Last year, Mattel and Lucasfilm teamed for a collection of Star Wars-themed Barbie dolls, under the name “Star Wars x Barbie,” in the run-up to the release of Star Wars: The Rise of Skywalker. With Star Wars Day in full swing, the companies are extending the line with four new dolls.

Available today are new Star Wars x Barbie dolls inspired by the original trilogy’s Imperial Stormtroopers, the sequel trilogy’s Rey, and two characters that appeared in all three trilogies of the Skywalker Saga: C-3PO and Chewbacca. The first three are available to purchase from Barbie.com and Amazon.com for $100, with the Chewbacca x Barbie figure being exclusively available from Barbie.com for $150.

As with the first wave of dolls, the new Star Wars x Barbie figures aren’t intended to re-create the beloved characters as seen onscreen, but instead use them as the starting point for all-new designs for Mattel’s iconic fashion queen, leading to such looks as those seen below, accompanied by Mattel’s (amazing) product descriptions for each doll. May the Force be glamorous. 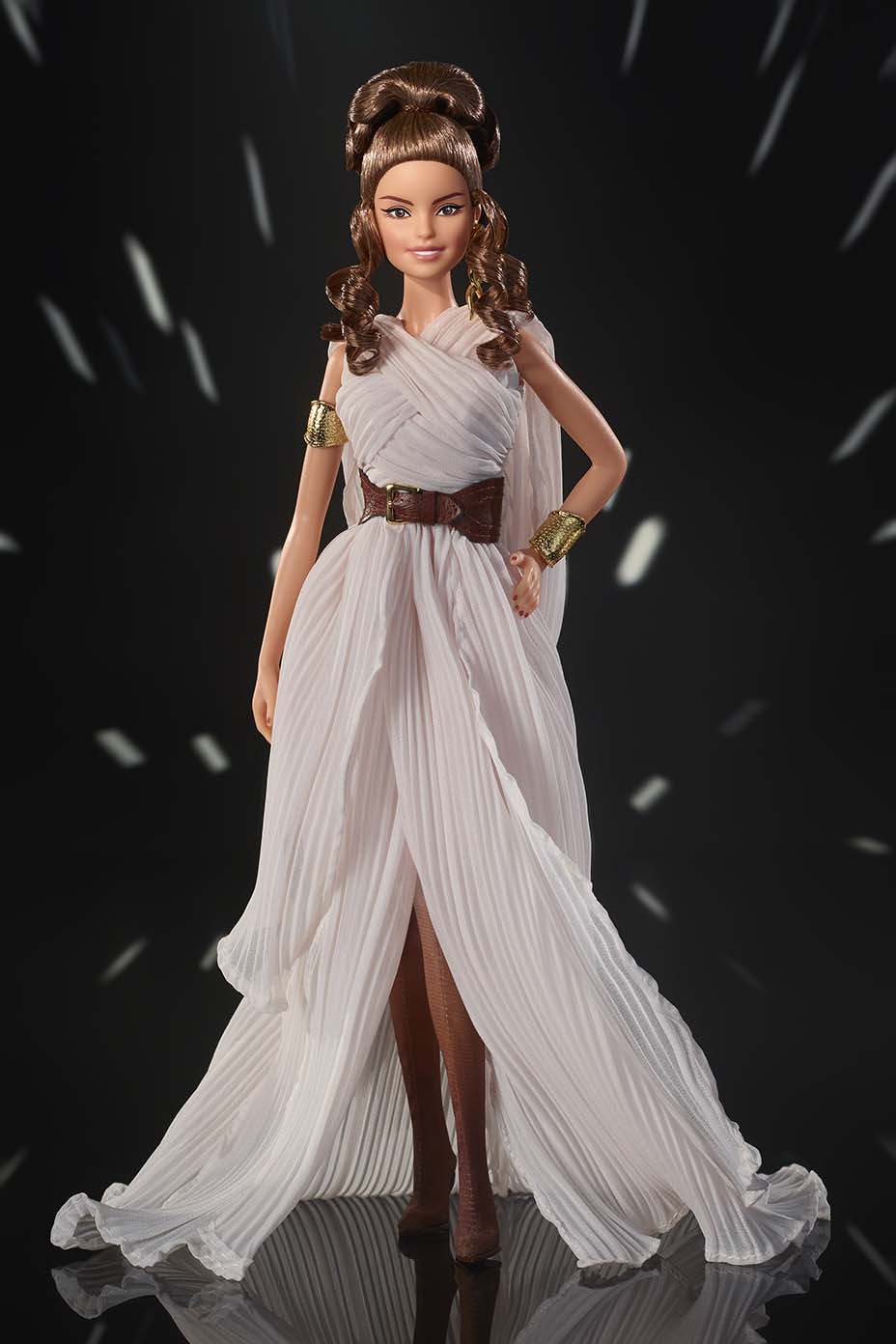 The Star Wars Rey x Barbie takes design inspiration from Rey’s legendary look to capture her adventurous spirit in a runway-ready silhouette. The doll wears a crystal pleated chiffon gown with a crossover neckline and draped hood, inspired by Rey’s gauzy crosspiece. A slit reveals ombre boot-leggings in gold and copper hues, and accessories with a hammered gold look complete her heroic ensemble. 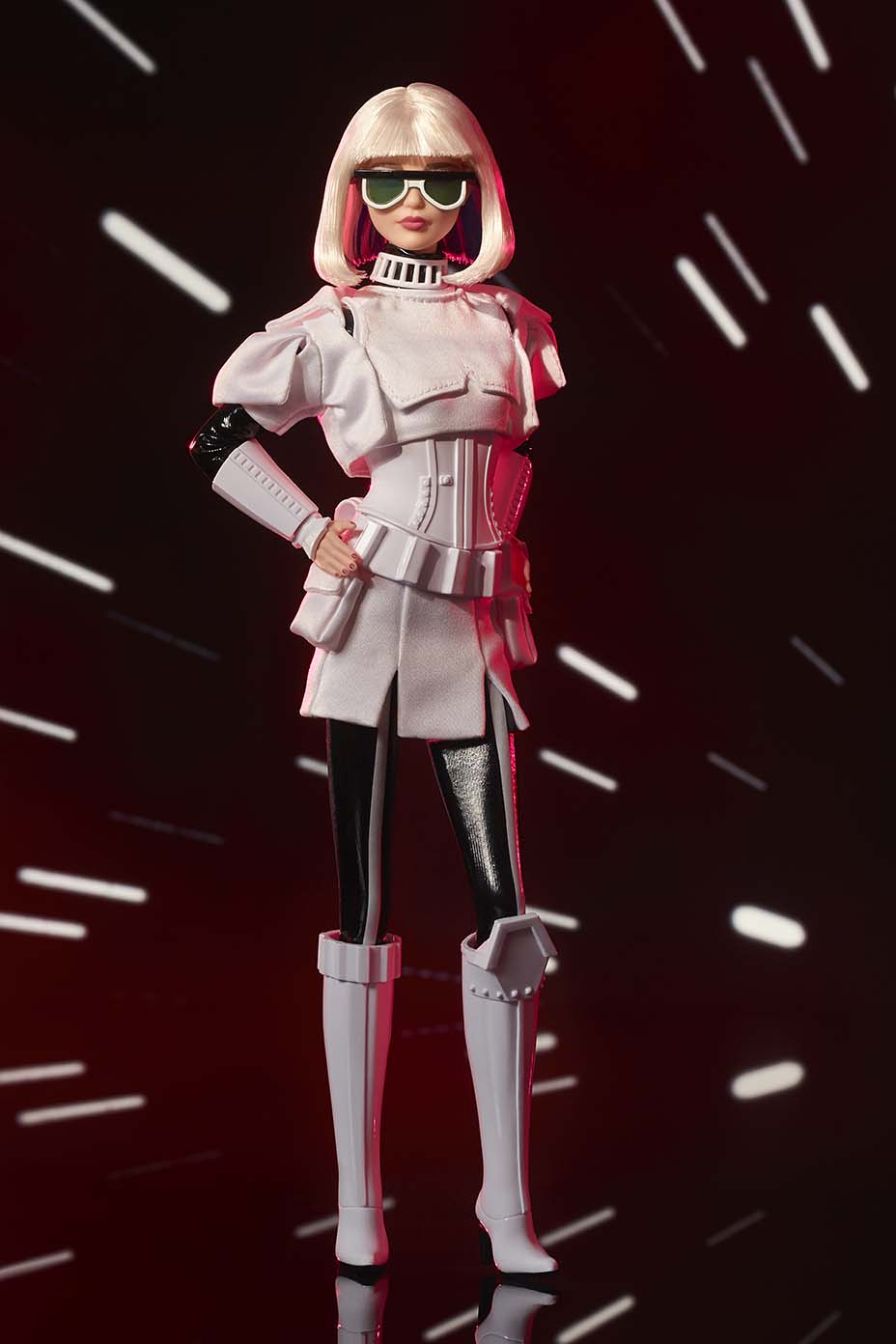 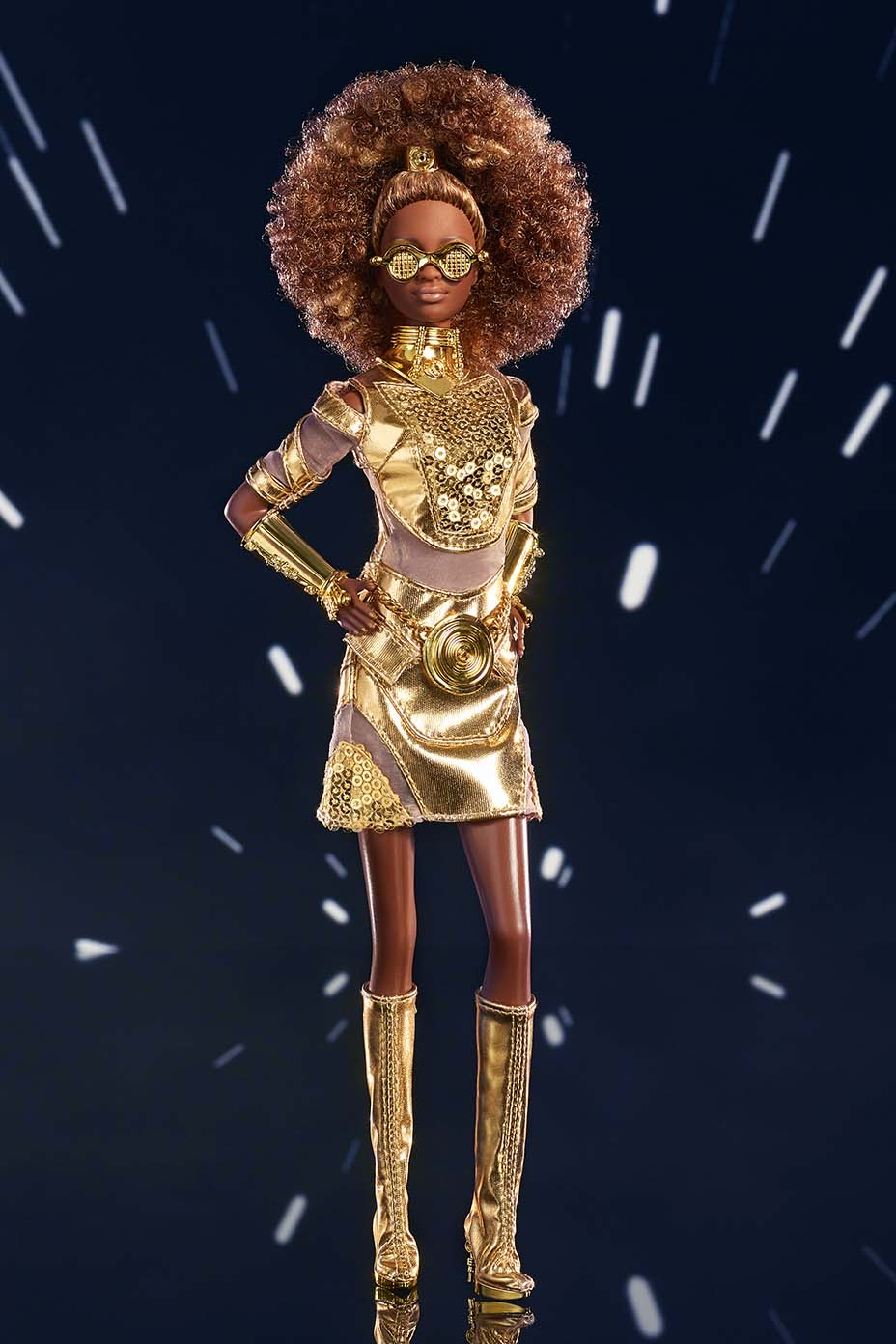 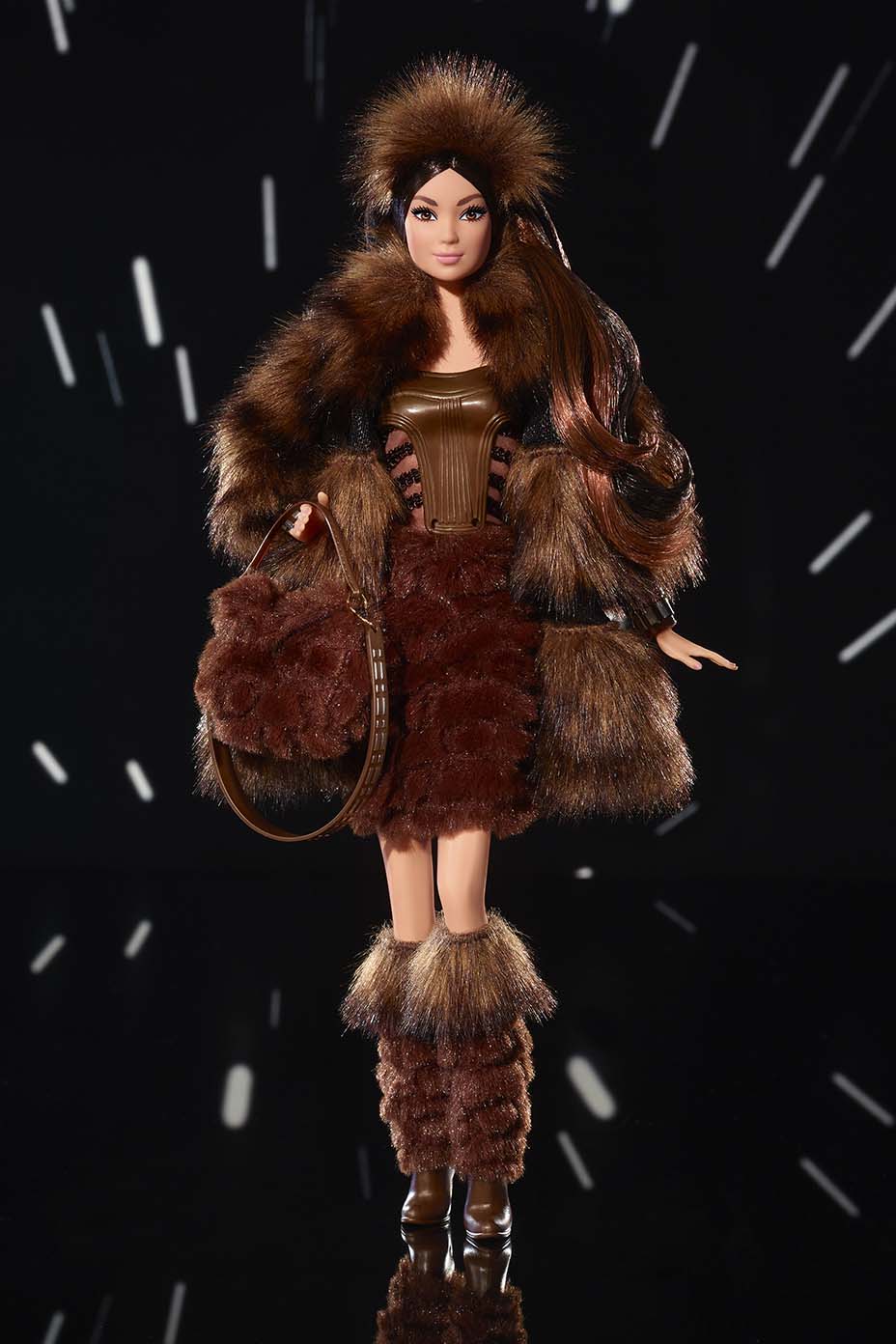 The Star Wars Chewbacca x Barbie brings a glamorous edge to Chewie’s signature costume elements, featuring a lavish faux fur coat over a strapless dress with a fur skirt and bodice of vinyl and sheer organza. Chic details include a furry headband and knee-high boots, as well as cuff bracelets and a handbag inspired by Chewbacca’s signature bandolier and satchel.