The gospel-soul Staple Singers had been expertly chronicled in a 2014 biography by Chicago Tribune critic Greg Kot, among other recountings of the group’s history. So it wasn’t an instant yes when Mavis Staples was asked to submit to a documentary team. “I tried not to do it,” says the original soul stirrer, now 76, who started recording with the family group in her mid-teens. “I said, ‘I’ve told my story so much. The Staple Singers, we are documented.’ But they thought we were not on film as much.” The professional home-movie appeal finally got to her. “There was lots of footage, but it wasn’t all on the same documentary. To see it all put together like that just brought joy to my heart. I really wish Pops could have seen it, and my mother.”

But for director Jessica Edwards, the fascinating old black-and-white clips were incidental to where she really wanted to take the “I’ll Take You There” singer. “For me, even more interesting than the incredible history she has is the story about how, as an older creative person, you keep yourself interested and motivated to do things,” says Edwards, citing Staples’ recent records with indie youngsters like Jeff Tweedy and M. Ward at the helm. 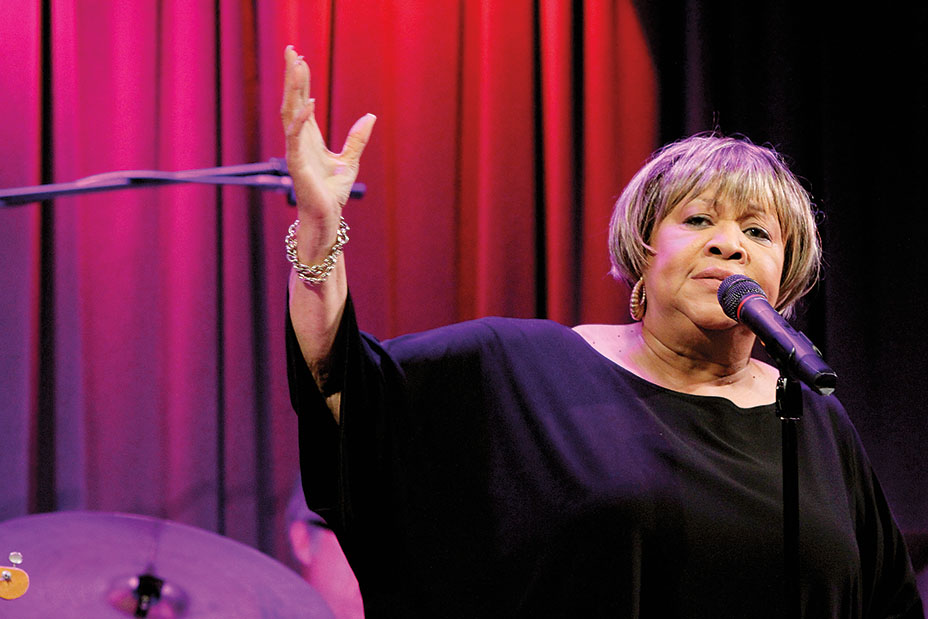 Staples’ own favorite moments in the doc include footage of her first studio meeting in the late 1980s with her then-producer, Prince, along with fresh takes on her relationship with her surviving sister, Yvonne, who is in the early stages of dementia. “Yvonne’s still frisky,” says Staples. “I pulled out a picture of our father and said, ‘Pops was sexy.’ She said, ‘Pops was not sexy.’ I said, ‘We were singing gospel, and we were three sexy girls!’ She rolled her eyes.”

The doc makes note of Staples and Bob Dylan having a romantic moment at the Newport Folk Festival during the mid-’60s — and Dylan telling Pops, if not Mavis herself, that he’d like to marry her. She and Dylan toured together this spring and might again. “It was a wonderful time … and now people are looking for Bobby and can’t find him,” she laughs, referring to Dylan’s slow response to the news of his Nobel Prize honor. “But I know what he’s doing. That kind of stuff just doesn’t excite him.” The same doesn’t go for her: She’s thrilled about receiving a Kennedy Center Honor in December and getting in shape to make sure she’s still a sexy girl for the telecast. “When they told me about that, if I could have done a flip, I would have. I never thought they were going to honor me. I sang for Paul McCartney and Al Green when they were honored, and I was satisfied just going to sing for my friends.” — C.W.