For The Meg composer Harry Gregson-Williams, part of the challenge was starting his work before the film’s titular shark was brought to life.

“The first cut was very shark-less, because the CGI takes so long to complete,” Gregson-Williams tells Heat Vision. “I could tell how the shark moves in the water and its speed, but as far as distinct details, they didn’t arrive until very late in the process.”

The composer credits star Jason Statham for helping The Meg carve out its own unique spot in aquatic film history, and helping it step out of the shadow of Steven Spielberg’s Jaws, which he considers the gold standard of shark movies. (“The man’s eyebrow has a life of its own. It’s its own character,” Gregson-Williams jokes of Statham.) The actor plays expert rescue diver Jonas Taylor, the reluctant hero who returns to the depths of the ocean to save his ex-wife and her team while facing his greatest fear— a massive prehistoric creature known as the Megalodon.

Cannes: Park Chan-wook Explains the Inspirations Behind 'Decision to Leave'

Helmer Jon Turteltaub had some wise words for the veteran composer during their first meeting on The Meg in the cutting room, with the filmmaker harboring no delusions of what their pic was.

“He said, ‘I’m not Spielberg and you are a Williams, but you’re not John Williams. It’s important for you to know that we’re not making Jaws,'” the composer recalls his director saying.

Gregson-Williams made sure the Megalodon had its own unique theme, which is ancient-sounding. Because the film is a Chinese co-production with a predominately Asian setting, he wanted the score to reflect that with traditional Chinese instrumentation. For percussion, Gregson-Williams looked internationally for inspiration, with his search leading him to a Singapore-based Chinese drum troupe. 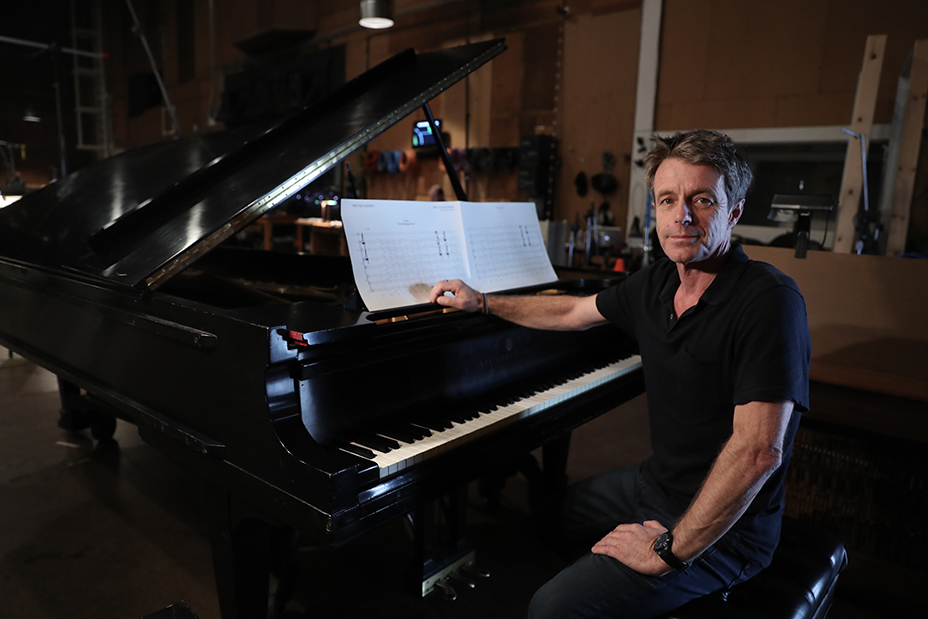 “The group had 24 players playing these huge drums, and they were utterly fantastic,” Gregson-Williams says. “I flew them in and we recorded in the middle of the night in Los Angeles. They show up a couple of places in the film.”

Gregson-Williams recently scored The Equalizer 2, and also received his first Emmy nomination for “The Commuter” episode of Philip K. Dick’s Electric Dreams. For the veteran composer, a big draw to the Amazon series was getting to write music for an intensely personal storyline featuring actor Timothy Spall.

“I got the offer to do the main titles and two episodes of the series. I was immediately drawn to ‘The Commuter’ because it hinges on a very emotional father-son relationship. Timothy Spall is someone I’ve greatly admired for years, and it was an honor to help craft his performance,” Gregson-Williams says.

The Meg is in theaters now. Hear one of the tracks below.