Sequels are the lifeblood of contemporary Hollywood, regardless of whether they’re greenlit immediately or happen years down the line. In the current landscape, nostalgia reigns supreme. There’s no shortage of former franchise giants being revitalized and brought to the screen again, and often boasting the inclusion of original castmembers.

Over the past few years we’ve seen Mark Hamill, Harrison Ford, Carrie Fisher and Billy Dee Williams return to the Star Wars franchise, Jamie Lee Curtis to Halloween, Arnold Schwarzenegger to Terminator (several times) — and this phenomena is only growing. On deck we have Linda Hamilton returning to Sarah Connor in Terminator: Dark Fate. Neill Blomkamp is courting Peter Weller for Robocop Returns. Sylvester Stallone will soldier on as Rambo once again, after already making a stellar return as Rocky. The original Ghostbusters will return alongside younger counterparts in Jason Reitman’s Ghostbusters project. Sigourney Weaver’s return to Ripley in the Alien franchise has been discussed for years and seems inevitable at this point. Harrison Ford, having already re-emerged as Han Solo and Rick Deckard, will return for one last Indiana Jones adventure (we’re skeptical, too). And Will Smith and Martin Lawrence will team up for a third round in Bad Boys for Life. Even small-screen favorites like Patrick Stewart’s Jean-Luc Picard will boldly go once again.

There’s an undeniable sense of satisfaction to be gained from seeing these familiar roles reprised by familiar faces, and more often than not, the end result beats remakes. But perhaps this method is making our franchises stagnant, giving us solidified characters with little room to grow. For many of us, these kinds of sequels take us back to the films that helped form us as children and teenagers in the ’80s and ’90s. They remind us that these properties are something we own. That’s all well and good, to a point. But are we denying the next generation an opportunity to find their own characters, make their own legends and enjoy franchises from a different perspective? Of course, the ever-persistent go-to mantra in online territories is “make original movies” or “adapt new works.” And Hollywood does. And independent studios do. But how many people are making the trip out to see these? How many of these new adaptations earn enough money to rationalize even one sequel, let alone a franchise? It’s easy to say what studios should be making, but when the time comes it’s far more difficult for us to go. And so we have more sequels and spinoffs, neither inherently bad, especially if we can pull off the gauze of nostalgia and set our eyes on new characters and sights without being jaded.

It seems odd that Sony’s Men in Black: International is considered a somewhat risky venture because it introduces us to new leads, rather than bringing Will Smith and Tommy Lee Jones back again. But here we are. The film, which I very much enjoyed, has been maligned by critics, and its domestic box office forecast is disappointing. It’s difficult to understand given that the film is directed by F. Gary Gray, who broke box office records with Straight Outta Compton (2015) and The Fate of the Furious (2017), and stars Chris Hemsworth, Tessa Thompson and Kumail Nanjiani, all of whom are at the height of their careers and boast (or will boast) that worthy MCU connection. MIB: International doesn’t rewrite the rules of the franchise, but its winning summer popcorn movie fare with immensely likable characters and an engaging, though somewhat telegraphed, narrative that pulls more from Bond than the previous entries’ affinity for 48 Hours (1982) and Lethal Weapon (1987). 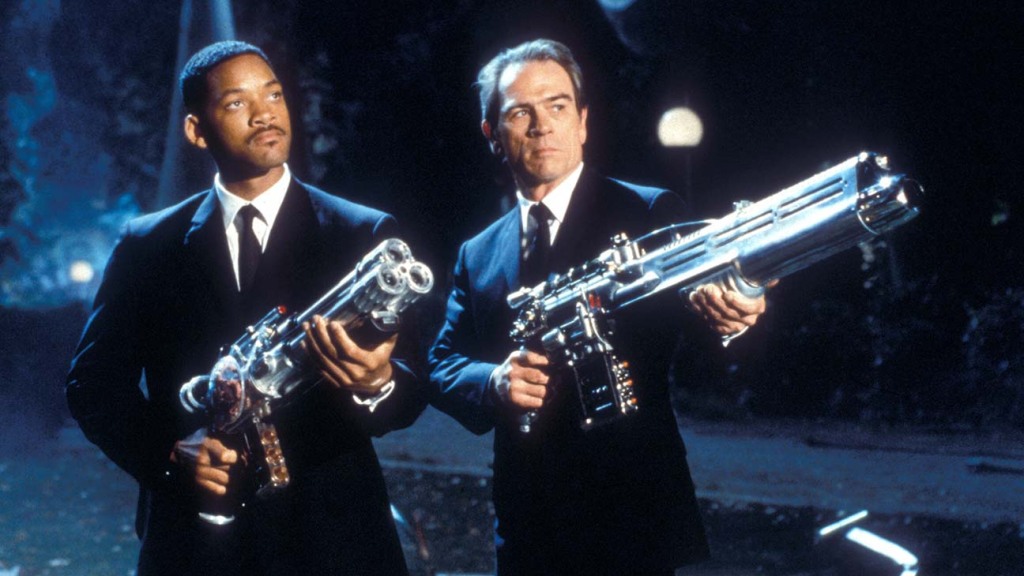 I remember the first time I saw Men in Black as a kid, and I remember asking my parents to buy me a pair of sunglasses (they looked nothing like the ones in the film) so I could pretend to be Agent J hunting down aliens. I can’t speak to anyone else’s experience, but in my screening of Men in Black: International audience members had a blast and younger viewers were perhaps oblivious to the previous three entries, or at least seeming not to miss the stars I had grown up with. The film’s leads, Agent H (Hemsworth) and Agent M (Thompson) are a breath of fresh air, and give the franchise a much needed shot in the arm after the greatly disappointing Men in Black II (2002), and the fine but underwhelming Men in Black III (2012). Yet, there’s a sense that the return of Will Smith and Tommy Lee Jones would have drawn more audiences to theaters, despite the fact that their narrative was given a satisfying conclusion in Men in Black III, and that Agents J and K were never quite as winning a duo as they were in Men in Black (1997).

There’s a repeated sentiment in a number of reviews for MIB: International that expresses “no one asked for this movie” or “no one needed this movie” in a variety of ways. It’s a line, used more frequently over the past few years of sequels, that strikes me as odd because it could be attributed to any movie, even the ones that are critical darlings. There’s also the fact that more often than not, when movies are asked for, they are asked for because of that aforementioned nostalgia factor. We ask for Weaver to return as Ripley. We ask for Hamill to return as Luke, even when their stories have ended and new characters have been moved to the forefront. Had Smith and Jones returned, would there still be a sentiment of “no one asked for this,” or would we simply have been happy to take the dopamine that comes from nostalgia. Or what if Sony’s original proposed plan of seeing Jump Street characters Jenko (Channing Tatum) and Schmidt (Jonah Hill) become Men in Black had gone through? Would it have been embraced, or would it have been considered a step too far for a franchise that had already pushed the limits of sequels and reboots through satire in the excellent 22 Jump Street (2014)? Would critics have felt a “need” for that iteration? That film, permitting Phil Lord and Christopher Miller’s return, would have been hilarious, but it also wouldn’t satisfy that desire for new characters and wouldn’t add anything to the characters whose arc had already been concluded in a meaningful way.

Replacing the original stars with new characters doesn’t always work out. Independence Day: Resurgence (2016) kept Jeff Goldblum and Bill Pullman but introduced new leads for a bland, headache-inducing film that was both a critical and commercial failure. Ghostbusters (2016) brought together some of the funniest women in Hollywood for a film that was a critical success but failed to connect with audiences for a number of reasons. But on the other side of that there’s the Jurassic World franchise, which despite negative reviews, found favor and global success with audiences through new leads portrayed by Chris Pratt and Bryce Dallas Howard. While the third Jurassic World entry is rumored to see the return of Goldblum, Sam Neil and Laura Dern, Jurassic World (2015) and the superior Jurassic World: Fallen Kingdom (2018) showed that old franchises can be built off of new characters and find favor with a new generation. Men in Black: International is most comparable to the Jurassic World series, though arguably it’s even less enamored with its own franchise history. Gray’s film isn’t a revolutionary game-changer, but it’s funny, action-packed and handled with a surprising level of emotional depth and sincerity. I’ve been trying to wrap my head around the reviews almost all week because it’s a film that used to be the reason we went to movies in the summer. So why aren’t we going?

It’s clear from the box office records that sequel and spinoff fatigue isn’t truly a thing. The box office disappointments of The Lego Movie 2: The Second Part, Godzilla: King of the Monsters and Dark Phoenix are just a couple outliers in a year that has seen the success of How to Train Your Dragon: The Hidden World, Captain Marvel, Avengers: Endgame, John Wick Chapter 3 – Parabellum, and is still looking forward to Toy Story 4, Annabelle Comes Home, Spider-Man: Far From Home and Fast & Furious Presents: Hobbs & Shaw. But it’s also clear that sequels that should have been hits, regardless of Tomato scores, aren’t making money. We can argue that we’re not going because we’ve seen it before, but when a remake of Aladdin can exceed box office expectations, and The Lion King remake is looking at a $200 million opening weekend, then seeing something before clearly doesn’t matter much. Whether the return of Smith and Jones, or Tatum and Hill, would’ve made a difference, I’m not sure. But I do think that perhaps our desire to see the same characters again and again, older yet the same, though sometimes pleasing, is suffocating something within our popular culture and killing would-be franchises led by new faces. No one asked for Men in Black: International, but I wouldn’t be surprised if a new generation of fans are glad they got it, and an older generation found pleasure in the franchise’s return beyond the exclusivity of their nostalgia.