The legendary actress, 29-time Golden Globe nominee and nine-time winner will receive the Cecil B. DeMille Award at the Jan. 8 ceremony — where she also could find herself in the comedy actress race for Florence Foster Jenkins — as a selective spin through nearly four decades of nominations and wins reveals her range and regally quirky style. 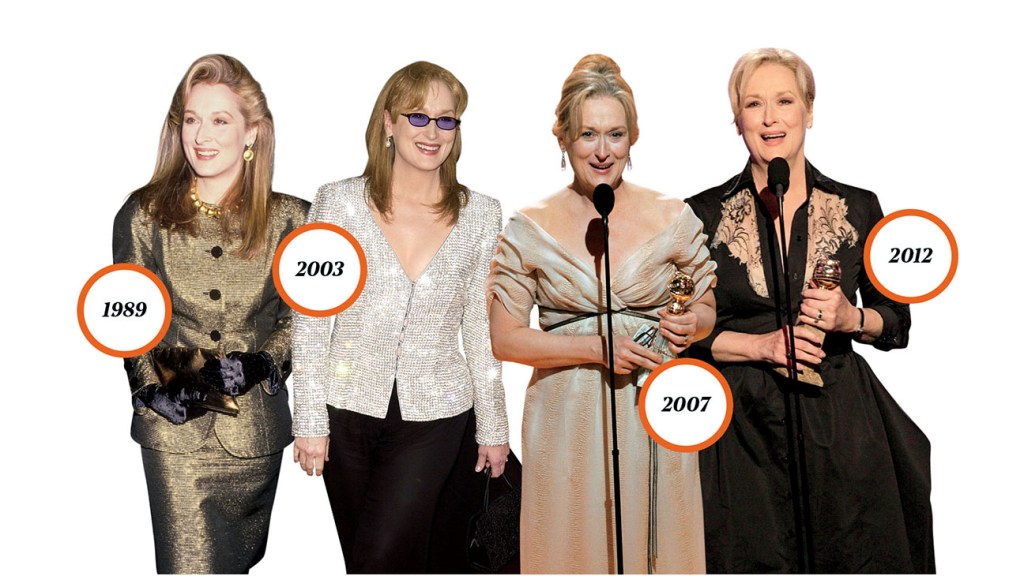 Streep already had won three Golden Globe Awards when she attended the ceremony for her seventh nomination for Evil Angels (the original name for A Cry in the Dark).

Nominated for both drama (The Hours) and comedy (Adaptation), she was awarded her first Globe in two decades for the latter, offering a flustered thanks: “Oh God, I don’t have anything prepared because it’s been since the Pleistocene Era since I’ve won anything.”

Winning for The Devil Wears Prada, she thanked “everybody at Fox that let us donate all those clothes to Equality Now, breast cancer research and Dress for Success. … It is amazing how much you can get if you quietly, clearly and authoritatively demand it. That’s all.”

Streep’s most recent win, for Iron Lady (which also earned the star her most recent Oscar), saw her thanking “my agent, Kevin Huvane, and God, Harvey Weinstein.”