Continue to The Hollywood Reporter SKIP AD
You will be redirected back to your article in seconds
Skip to main content
January 8, 2021 12:10pm

Michael Apted, the acclaimed British director behind the revolutionary series of decades-spanning Seven Up documentaries and features including Coal Miner’s Daughter, Nell and The World Is Not Enough, has died. He was 79.

Roy Ashton at the Gersh Agency confirmed Apted’s death to The Hollywood Reporter. A spokesperson for the DGA said he died Thursday night in Los Angeles. No cause of death was immediately available.

Apted served three terms as DGA president from 2003-09 — the longest consecutive presidential service since George Sidney in the 1960s — and received the guild’s Robert B. Aldrich Award in 2013 and its Honorary Life Member honor five years later.

“His legacy will be forever woven into the fabric of cinema and our guild,” DGA president Thomas Schlamme said in a statement. “A fearless visionary as a director and unparalleled guild leader, Michael saw the trajectory of things when others didn’t, and we were all the beneficiaries of his wisdom and lifelong dedication.”

Added DGA past president Taylor Hackford: “Michael Apted was the definition of ‘mensch’ — like the wonderful director he was, you could always count on him to deliver a clear and well thought out point of view, usually leavened with a dollop of dry wit.”

He also was a member of Academy of Motion Picture Arts and Sciences board of governors.

His music documentaries included Bring on the Night (1985), which chronicled the making of Sting’s The Dream of the Blue Turtles album and subsequent tour (Apted won a Grammy Award for a video from that), and The Long Way Home (1989), about Boris Grebenshchikov, a Soviet version of Bruce Springsteen.

In his first job after graduating from Cambridge University, the class-conscious Apted was working as a trainee at Granada Television in 1964 when he was tasked with finding some of the 14 children who would be interviewed for a 40-minute ITV documentary called Seven Up!

Paul Almond, the director on the project, “was more interested in making a beautiful film about being seven, whereas I wanted to make a nasty piece of work about these kids who have it all and these other kids who have nothing,” Apted said in a 2012 RadioTimes interview.

Seven Up! was designed to be a “one-off,” he noted, but Granada decided to check back in on the children in 1970 with 7 Plus Seven, putting Apted in charge as its producer and director.

Not all of the original kids have appeared in every film, and one, Charles Furneaux, hasn’t been back since 21 Up. “He’s now a documentary filmmaker himself [he executive produced 2003’s Touching the Void], which I find particularly hard to swallow,” Apted said.

Mia Market: Michael Apted on Groundbreaking Doc Series 'Up' and Why He'd Never Do Another Bond Film

Coal Miner’s Daughter (1980), starring Sissy Spacek in an Oscar-winning turn as Loretta Lynn, marked his first directing project in the U.S. He said even though he had never heard of the country singer, he got the job because Joseph Sargent, Universal’s first choice, did not think Spacey looked enough like Lynn to justify her getting the part.

Apted also guided Sigourney Weaver and Jodie Foster to best actress Oscar nominations in Gorillas in the Mist (1988) and Nell (1994), respectively, before tackling the James Bond opus The World Is Not Enough (1999), starring Pierce Brosnan.

The 007 film “really was sort of by numbers,” he said in a 2013 interview for the DGA website, “and I think that’s not an unusual experience in these big visual effects movies, when other things are more important than the dialogue and the story sometimes, at your peril.”

Things also did not go smoothly for him on Critical Condition (1987), with Paramount losing faith in Richard Pryor’s ability to star in a drama and insisting midway through production that the movie be turned into a comedy, and The Chronicles of Narnia: The Voyage of the Dawn Treader (2010), with producers slashing his budget after the second film in the series tanked.

Michael David Apted was born on Feb. 10, 1941, in Aylesbury, Buckinghamshire, England. His father, Ronald, worked for an insurance company, and his mother, Frances, was a homemaker.

Raised in a working-class neighborhood in East London, Apted saw Ingmar Bergman’s Wild Strawberries as a teenager and called the experience “a total epiphany.”

“I was a big reader, I read a ton of stuff, and I was interested in literature and poetry and all that sort of thing,” he said. “Here was something, a movie, that I thought had the gravitas and seriousness of a book … and from then on I knew what I wanted to do.”

Apted acted in plays at the City of London School, studied law and history at Cambridge’s Downing College and began his show business career at Granada.

For the young children to be profiled in Seven Up!, commissioned for the news series World in Action, Apted said he “I wasn’t looking for particular personalities, I was looking for a representation of different class backgrounds.” 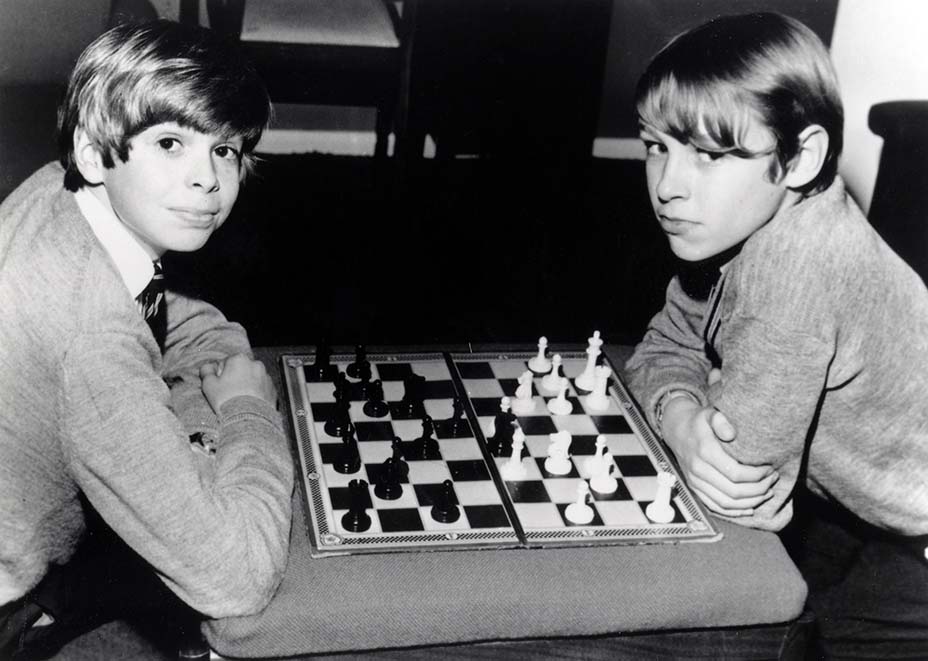 In 1966, he began directing episodes of the Granada-ITV soap opera Coronation Street, volunteering for that gig when he heard that Mike Newell had gone on vacation. He said his soap opera experience was the reason he was hired for The Triple Echo.

“Glenda was at the height of her power; she’d just won one Academy Award [for Women in Love] and was gonna go on and win a second [for A Touch of Class], but she was only available for six weeks,” he said. “And so the people who were mounting the film thought, ‘Well, we don’t want [John] Schlesinger or Karel Reisz or Lindsay Anderson. They’ll be there for years doing this. We’d better get someone from television who can do it quickly.”

After Coal Miner’s Daughter — which lost out to Ordinary People in the best picture race — Apted left England to live in the U.S.

His other documentaries included Incident at Oglala (1992), about the arrest of Leonard Peltier for the 1975 murder of two FBI agents at a Sioux reservation in South Dakota (it served as the basis for Thunderheart): Moving the Mountain (1994), about the Tiananmen Square protests; Me & Isaac Newton (1999), a science project in the mold of Inspirations; and A&E’s Married in America, a kind of 7 Up with couples.

More recently, Apted directed Amazing Grace (2006), Chasing Mavericks (2012) — taking over after Curtis Hanson exited because of health reasons — and Unlocked (2017) and called the shots on episodes of Ray Donovan, Masters of Sex and Bloodline.

Survivors include his third wife, Paige, whom he married in January 2014, and children James, John and Lily. Another son, sound editor Paul Apted, died in 2014 at age 47 of colon cancer.

Did returning to Seven Up every seven years make him reflect on his own life? “Not as much as maybe it should,” he said in his RadioTimes interview.

“Sometimes I do muse on where I was at 28 or 35 or whatever. But more often I reflect on how it has colored my whole career. I never tire of talking about it, and I bond with people over it.”