Best known as the sparkly suited man behind the world-touring, billion dollar-earning extravaganza that is Lord of the Dance, Michael Flatley — who hung up his dancing shoes in 2016 after more than three decades onstage — has spent the past couple of years quietly sashaying into the world of filmmaking.

Having cut his teeth with two shorts — A Little Bit of Tear, the story of a sad clown (“I’ve always been fascinated by sad clowns,” he says), followed by World War II-set romance Till Forever — the man whose feet were famously once insured for $57.6 million is now ready to unleash his feature-length debut, Blackbird.

A glitzy-looking old-school spy thriller shot mostly in Barbados (where Flatley has owned a property since 2004), the film — having its world premiere in London’s Raindance festival on Friday — instantly propels the tap-dancing tycoon among movie land’s multihyphenates, and with it some predictable scrutiny. Not only did Flatley direct Blackbird, but he wrote, produced, self-financed and even handed himself the title role, a troubled secret agent who abruptly retires from the service and seeks solace as the owner of a glamorous nightclub in the Caribbean. It’s fair to say the numerous references to “Michael Flatley” in the film’s credits have not gone unnoticed, although perhaps not for the right reasons.

Blackbird has also put Flatley before the critical eye of social media thanks to a duo of posters.

One sees the 60-year-old and his older, sharp-suited co-stars Eric Roberts (best known for 1985’s Runaway Train) and Patrick Bergin (Julia Roberts’ abusive husband in Sleeping With the Enemy) amid an assortment of beautiful, bikini-clad and — notably uncredited — women who all look several decades younger. This may have been perfectly acceptable in the “golden age” of Hollywood Blackbird is supposedly inspired by, but feels somewhat tone deaf by 2018 standards.

While the other poster did include a prominently positioned — and clothed — actress (Nicole Evans), unlike the two male individuals by her side, it neglected to mention her name. This, Flatley he assures us, was quickly rectified.

Speaking to The Hollywood Reporter from his impressive penthouse apartment in one of London’s most affluent districts (where a black Bentley bearing the MF3 number plate sits outside), Flatley rejects any fears that Blackbird might be dismissed simply as a vanity project, responds to possible #MeToo backlash and reveals that he’s working on a feature adaptation — maybe even two — of Lord of the Dance.

When did you want to get into filmmaking? Has it been brewing under the surface for some time?

I’ve wanted to do it all my life, but I’ve never had the opportunity. I remember when I was 6 years old in the backyard of our house in Chicago, we used to reinvent John Wayne movies with my buddies.

What was the inspiration for Blackbird?

I think it’s something that has been bubbling around in my head for a long time. What do you do with grief? I love the contrast and to go as deep as you can. Blackbird, at the end of the day, is a love story. It’s a romance, it’s a bit of a thriller, I suppose. But it is a romance. That was really important to me.

The industry can sometimes be unkind to films where one person directs, writes, produces, finances and stars. Do you have any fears of this simply being branded a vanity project?

I’m well aware of that. And I want to be clear about this — I didn’t finance it because I wanted to make a vanity project. It would have just taken too long to raise the money, and I didn’t know what I’d be doing next year. And when the window was there, we had to get it done. We’ve since had several offers already for people to come in and take the film, which is really good. So it won’t be on my dime at the end of the day.

And in answering the would-be critics, the reason I did it this way was because, in my shows over all these years, I’m used to directing it, producing it, starring in it and sweeping up the place. And that’s kind of what I did on this film. I was my own cheapest labor to do as much of it as I could.

I noticed on your Instagram page that you met with the China Film Group. Are they involved with Blackbird?

We’re talking to them. We’ve met with them already and hopefully something will come of it. They’re interested and are looking at distribution right now. But we love China, our shows do very well there.

Are any international distributors on board?

I’ve seen two posters for Blackbird. One of them features four men, fully clothed, and three far younger women in bikinis, while the other has three prominently placed actors ­— you, Eric Roberts and Nicole Evans — with Evans the only one who isn’t named. In the age of #MeToo, when female representation on screen is being heavily scrutinized, do you worry that Blackbird will be considered out of touch? 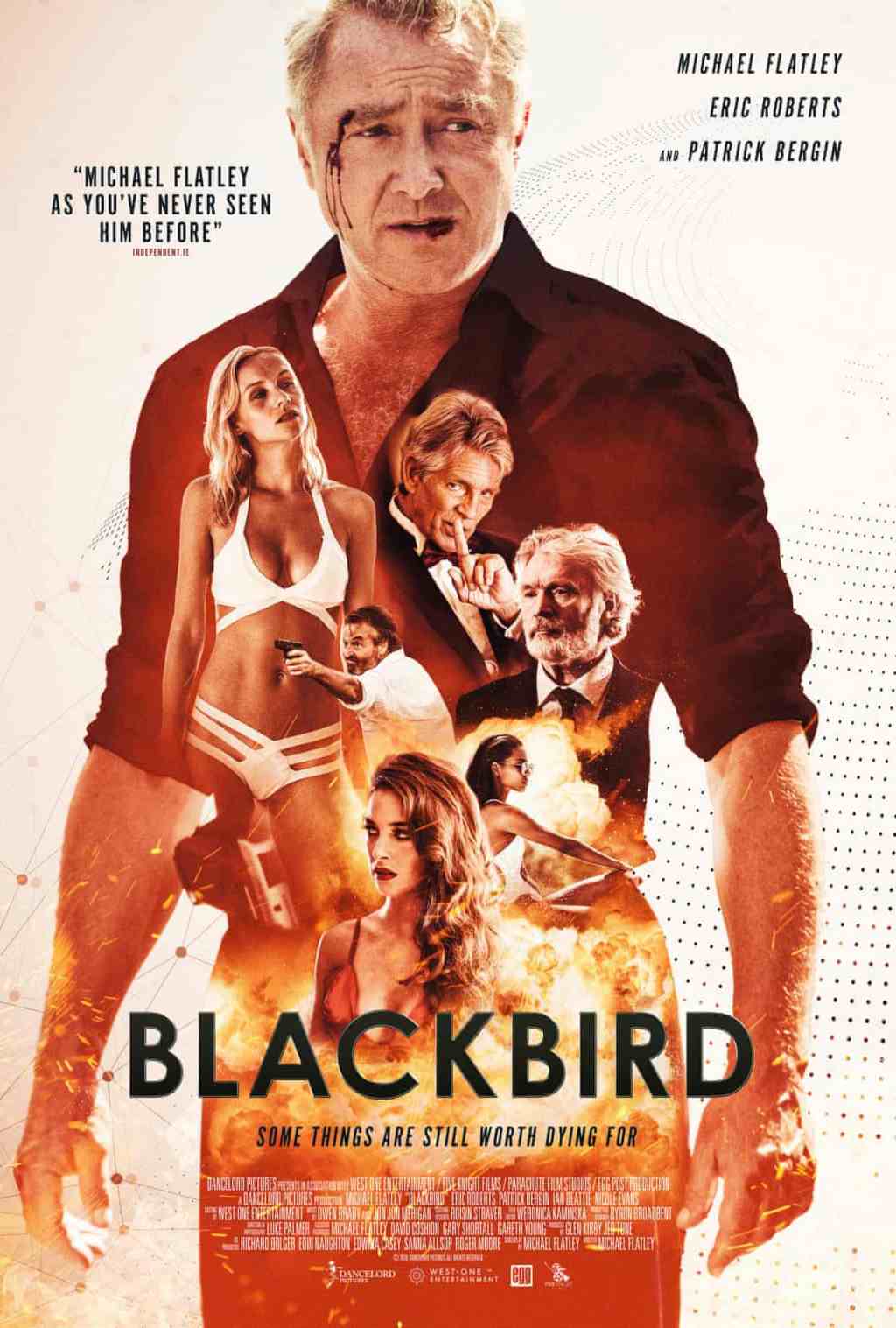 Do you have any worries that people might have the same concerns regarding female representation after having watching Blackbird?

I don’t think so. It’s a very respectful movie in that regard, so no, I don’t have any worries whatsoever.

Now you’ve achieved what many budding filmmakers fail and have actually successfully made a feature film, are you done? Or are there going to be more projects coming after Blackbird?

No, I love doing it. I love creating it. I loved the whole team of people I worked with and I want to experience it again. We’re working on two new scripts now and hopefully they’ll come out as good as this one. But I really, really enjoyed it. I’ll still have all the dance shows and many other things. But I feel as if I’ve reached a plateau with my dancing shows now, so it’s nice to try something new.

Many successful stage shows are being turned into feature films. Any thoughts about doing the same with yours?

With Lord of the Dance, yeah! We have in fact. CAA represents me and Rob Light, my agent, is always on to me to do an animated version of the show, so we’re talking to people right now about that. There’s another company that’s thinking of doing a theatrical version in some way, shape or form, so we’ll take a look at that, but first things first.

There was some backlash last year when you performed at President Trump’s inauguration ceremony. Do you have any worries that this might impact Blackbird‘s reception, especially given that Hollywood and the U.S. president are regularly at loggerheads?

Well, with respect, I’m not going to touch that one. I want this to be about the film.

There’s definitely a James Bond feel to the look of Blackbird. With the next 007 after Daniel Craig currently up in the air, is Blackbird your audition tape?

That’s a terrible thing to say! Never would I try to be Bond. I couldn’t possibly compete with Daniel. Or Pierce Brosnan. That wasn’t even on my mind. No, if it has a Bond feel, I should be lucky. No, I think this is a completely different movie. Absolutely not. I love watching Bond films, but that’s not something I aspire to. I wouldn’t be able to do that at all.

Famed Dancer Michael Flatley to Retire After 'Lord of the Dance: Dangerous Games' on Broadway