According to the documentary’s official synopsis, “Michael Moore’s Fahrenheit 11/9 is a provocative and comedic look at the times in which we live. It will explore the two most important questions of the Trump Era: How the f**k did we get here, and how the f**k do we get out? It’s the film to see before it’s too late.”

To drive home that point, the poster (below) shows President Trump golfing on the White House lawn as a huge fireball rises overhead, along with the words, “Tyrant. Liar. Racist. A Hole in One.”

The film’s title, which refers to the day after the 2016 election when it became clear Trump would be the next president, plays off Moore’s earlier 2004 documentary Fahrenheit 9/11, which focused on how President George W. Bush took America to war in Iraq.

Veteran film exec Tom Ortenberg, who stepped down as CEO of Open Road Films last November, is launching a new company, Briarcliff Entertainment, and is partnering with Moore on the domestic release Fahrenheit 11/9 as a prelaunch project. Distributing the new film together will mark a reteaming for Moore and Ortenberg, since the latter was at Lionsgate when that company released Fahrenheit 9/11, which remains the highest-grossing doc of all time with $222 million in worldwide grosses, as well as one of Moore’s subsequent films, Sicko. AGC International, the international sales and distribution arm of Stuart Ford’s AGC Studios, is handling international rights on the film.

During a June visit to The Late Show With Stephen Colbert, Moore teased some footage from the documentary, showing a clip in which he attempts to gain entry into Trump’s Mar-a-Lago in Palm Beach. “Just tell him it’s me,” Moore is heard saying to a doorman. (Watch the full trailer in the video player above.)

The footage echoed his 1989 documentary Roger & Me, which established the director’s reputation, with its scenes in which he visited General Motors headquarters in an attempt to meet its CEO Roger B. Smith.

Fahrenheit 11/9 will make its world premiere at the Toronto Film Festival ahead of its Sept. 21 theatrical release. 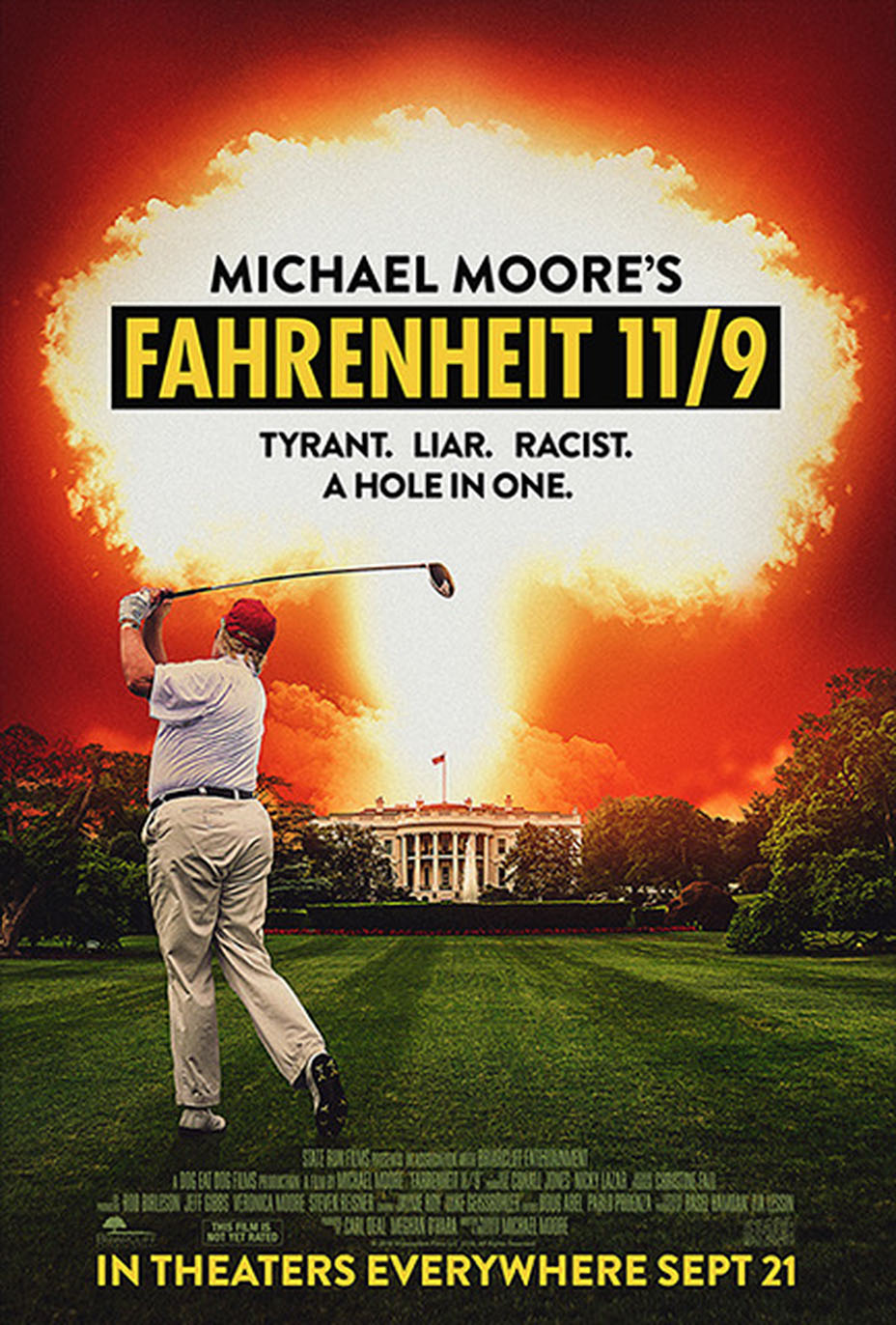