Michelle Yeoh has been fending off intruders since the 1980s. Her latest target, the American girlfriend of her son in Crazy Rich Asians, is someone the Crouching Tiger, Hidden Dragon star deflects not with swords or spinning kicks but with a furtive scorn that is just as piercing.

Yeoh, 56, plays Eleanor, the matriarch of Singapore’s esteemed Young family, in the Warner Bros. romantic comedy, a breakout hit that has earned $236.4 million worldwide to date.

The Malaysia-born Asian cinema legend spoke to THR about the importance of establishing Eleanor’s “formidable” presence, working with the young cast and her hopes for the future.

Crazy Rich Asians has been described as a watershed moment for Asian representation, but were you nervous ahead of its release?

Because I’ve been in the business for a while now and I’ve been trying to push this East-West envelope for so long, and it’s been so far and few between, the roles that are really cast for Asians. It took 25 years for this movie to be made, and the pressure was enormous. I was terrified. Terrified, because if it didn’t work, it would’ve set us back another 25 years.

What was the most challenging scene for you to film?

The mahjong scene, because that was not in the book. This was a scene that was added on by [director] Jon [Chu] and [co-screenwriter] Adele [Lim]. I think that the subtlety of how that scene was shot, where it was the noise of the mahjong tiles, and the noise of all these other people playing mahjong, and they’re loud and they’re talking. With these two women, quietly battling away, I thought the way it was set up, for me, that was the most challenging, because it was the quietness. In fact, this character was challenging because she had great strength, and when she walked in the room, she was formidable. It’s like, I don’t have a badge that says “Formidable lady coming,” it had to be her presence, so that made it interesting.

What do you think the reception has been to Eleanor? Are people sympathetic to the character?

I’ve been filming Star Trek [Discovery], and Anson Mount turned around to me and he said, “My mom just called and said I have to be nice to you because you did such a great job with Crazy Rich Asians.” (Laughs.) It’s very touching because I think they understand a little bit more, the motivation of a mother. She’s not trying to manipulate your life. What she’s really trying to do is what she thinks would be the best for you. I think that’s what all mothers do, or most mothers. 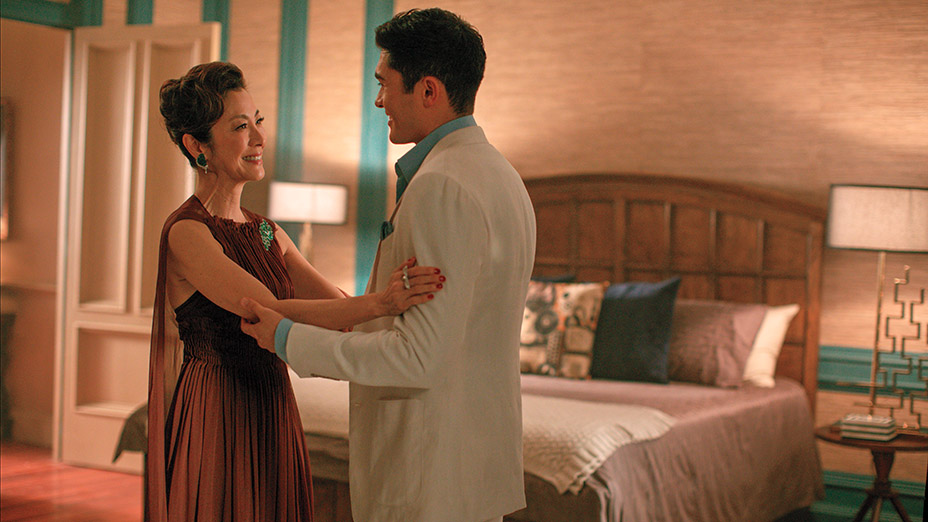 How did it feel to be working with this new crop of Asian actors?

I love it. I just sit there and I stare at them, sometimes I feel like I’m watching Saturday Night Live, sometimes I’m watching a musical. And then I go in the room and go, “Guys, your scenes are over, right? You should be going home to bed,” and they’re all still playing video games together in one room. They are our future, and I’m so glad that a movie like this is happening now and not when it’s another 10 years down the road, because they are so talented. And what I love is — even though they fight for it — when they get it, they appreciate the fact that they have this opportunity, right now. And you don’t get the feeling that it’s, “Oh, I’m entitled to this.” It’s not — it’s “I know I have to work hard, and now that I have my opportunity, guess what? I’m going to work even harder.” That’s how they will be really successful, so I look at them with great pride.

What did you learn about your co-stars while promoting the movie?

When we were filming, I actually had very little dealings with Awkwafina, and Ken Jeong and Jimmy O. Yang, I only saw them when they were not shooting but still hanging around. What did I find out about them? That they all love karaoke, that they are amazing singers. And Ken Jeong, I didn’t really know that he was a doctor, he’s so old-school.

You’ve covered so much ground in your career. Is there something else you’d like to do in the future?

I’m always looking for something new, working with new directors, hopefully with [Guillermo] del Toro, Damien Chazelle, [Steven] Soderbergh, and our own Chinese directors who are up-and-coming. Because as an actor you have to feel that there is always something new that you have not done. Otherwise I guess it’s time to retire, right? (Laughs.)

Constance Wu Tweets Less Now, but Still Has Plenty on Her Mind