In their recent collaborations, star Mark Wahlberg and director Peter Berg have made the Funky Bunch rapper turned cinematic leading man into a blue-collar hero. There’s always an element of macho tragedy to Wahlberg’s characters, who all suffer through realistic or real-life tragedies: he helps stop terrorists at  a fictionalized version of the Boston Marathon Bombing in Patriots Day; he rescues many but not all of his fellow oil rig workers during the Deepwater Horizon mining explosion in Deepwater Horizon; and he’s rescued from the Taliban by the skin of his teeth by Pashtun villagers in Lone Survivor. If these movies say anything about the American character, it’s that all-American Salt of the Earth type Mark Wahlberg is strong enough to outlive us all.

Mile 22 — Wahlberg and Berg’s latest foray into nationalistic action cinema — feels like a logical escalation of that theme. Wahlberg plays James Silva, an ostensibly tough-minded member of an elite, top-secret CIA team called Overwatch. James suffers many losses and inevitably outlives his teammates as he escorts Indocarr (a fake Asian country) double agent Noor Li (The Raid star Iko Uwais) to an American plane that will take him to safety, so that he will reveal America-saving state secrets. Like most Midnight Run-style buddy pairings, James and Noor’s relationship changes from a cautious symbiotic need — Noor must help James locate Indocarr’s cache of Cesium, a radioactive element that could be used against America in a future terrorist attack — to a tentative sort of mutual respect: they both kill bad guys really well and also both understand the value of focusing on the problems that are directly in front of them. 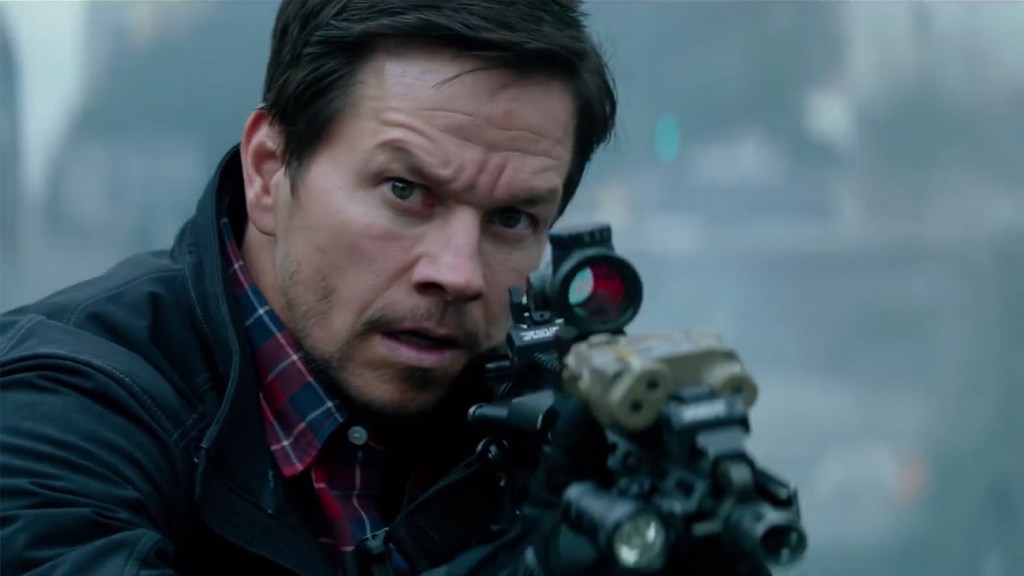 Still, Mile 22 is a body-count film, so James — who is sometimes shown recounting the pic’s events during a recorded interrogation session — is once again tasked with being a Wahlbergian witness to a massacre. Berg characteristically takes time to humanize supporting castmembers — like John Malkovich’s Bishop, Lauren Cohan’s Alice Kerr, Ronda Rousey’s Sam Snow and Carlo Alban’s William Douglas — in his own unsentimental way. William, Sam and Alice all get to prove that they’re more than just a support team for James in a handful of scenes in which they heroically beat and/or blow the crud out of faceless Indocarr spies who, despite being hired by obviously duplicitous Indocarr diplomats (more on this shortly), all incautiously swarm the streets of their fictitious native country (actually filmed in Bogota, Colombia). Scenes where James’s colleagues get to flex their muscles establish two things, especially in light of their character arcs’ predictably grim conclusions: 1) Overwatch’s field team (none of those computer nerds, thanks!) is comprised of self-sacrificing heroes who literally give everything they have to their mission and 2) Overwatch’s sacrifices gives Wahlberg renewed determination to kill more made-up terrorists, presumably in an upcoming sequel, which is teased at the film’s end.

One could argue that this exploitative action narrative — in which people have to die in order to pump up Wahlberg’s sad martyr persona — inadvertently trivializes the real sacrifices of American military and intelligence agencies. Just look at Wahlberg’s red flannel shirt, black jacket, black gloves and black jeans as he scours the streets of Colombia — I mean, Indocarr — looking to protect Noor, a political dissident, from the clutches of…uh…some kind of evil America-hating government. We don’t know anything about Indocarr or its leaders except that its diplomats are liars — one of them says that there are “absolutely not” any Indocarr agents in the American embassy seconds after we see Noor dismantle a pair of would-be assassins — and that they killed Noor’s family (though don’t they always kill Noor’s family?). Indocarr’s ambassadors are also cartoonishly evil enough to throw caution to the wind and murder people willy nilly — in broad daylight, which is pretty bold for willy nilly — just to stop Noor from escaping their clutches. 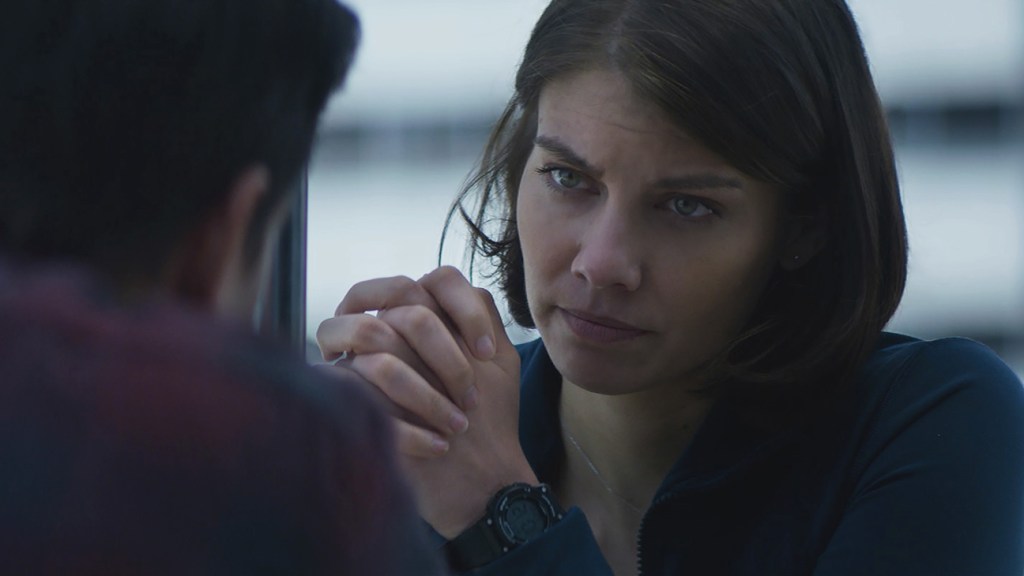 Then again, Indocarr’s government is, like so many other things in Mile 22, only superficially important to the film’s pseudo-empowering message. Everything in this movie feels like a prop for Wahlberg’s ego, including the impact-intensive over-editing of key action scenes, the Boys Club humanization of Alice through a mini-divorce drama (seemingly only included so that James can gruffly tell her to get over it), and James’ aggressive Steven Bannon-inspired personality. James is the ur-Wahlberg protagonist since his pushiness is treated like a feature and not a bug: his “hyper-active” personality is the source of some speculation (“He’s just an asshole,” says one colleague during a brief montage), but it’s described as a gift during an opening credit sequence where James’ mother tells her pint-sized son that he just thinks faster than everybody else. I wish my mom had told me that my anxiety just made me feel more intensely than others; I might have become an FBI agent.

The implicit notion that James is a dickish both-sides tough guy who gets results is confirmed throughout much of Mile 22. He always appears to be a step or two ahead of his colleagues (except Noor), ready with a quote or a paraphrase from Dick Cheney, Abraham Lincoln or whoever else will justify his actions. The film’s conclusion — which sees James living to tell his team’s tragic story — serves three purposes: 1) to confirm James’ fallibility by humbling him with a metric ton of survivor’s guilt; 2) to show that he’s resilient enough to shoulder that burden by giving him an excuse to throw a puzzle on a table in slow motion and talk like an ’80s wrestler cutting a promo when he warns terrorists that terrorists may have defeated America — I mean Mark Wahlberg — in “the great game” of espionage today, but James will “see you tomorrow”; and 3) it allows James to survive long enough to justify using drone missile strikes, brutal (and poorly edited) hand-to-hand combat and execution-style shootings to his peers and us, passive listeners that we are. Overwatch, a fictitious group based on the behavior of real military and CIA operatives, was made up of good people who died fighting disposable bad guys who, as we later find out, only exist in James’ world because they are specifically out to get his team.

The fact that Overwatch is baited into action simply because a group of Russians, led by a random grief-stricken woman, wants revenge — Overwatch messes up one otherwise unrelated mission during an introductory scene — is pretty revealing. When James’ guys are violent, they are haunted, principled and headstrong people. Contrast that with smirking Indocarr ambassador Axel (Sam Medina) and Noor, who is later revealed to be a triple agent working for Indocarr: These guys are organized, sure, but they are also mysterious whenever they are not flat-out disingenuous. They are, in other words, stereotypical boogeymen, the kind that only exist to stoke the egos of false flag-waving patriots who need to oppose something in order to look better. Mile 22 shows a world where nobody matter as much as Mark Wahlberg.