For many, Scotland-based Mark Millar is living the comic book creator’s dream. As a writer, he worked for both DC and Marvel Comics — the latter of which even saw him influence the big screen by making classic character Nick Fury a Black man. Then he struck out on his own, creating such comics as Wanted and Kick-Ass that were quickly snapped up by Hollywood and turned into blockbusters. In 2017, he went next-level when Netflix bought Millarworld, the company he runs with his wife, CEO Lucy Millar, for between $40 million and $50 million. It was a rare moment in media history for an entertainment giant to buy a comic company — the other examples are Disney buying Marvel in 2009 and Warner Bros. buying DC in 1969 — and something no sole creator had ever pulled off.

Nearly four years later, Millar, 51, is on staff at Netflix as part of the Millarworld division and is preparing to release the first production resulting from that deal, the eight-episode series Jupiter’s Legacy (out May 7) — described as Succession with superheroes — which finished postproduction amid the pandemic. (Another series, The Magic Order, took a pause in the midst of gearing up to shoot in Prague.)

Talking from his home in Glasgow, the father of three daughters ponders where superheroes go from here, compares Netflix to 1920s Hollywood and wonders why there’s even a debate about a Black Superman.

What took so long for us to see the first offering from Netflix’s 2017 acquisition of Millarworld?

You can do it fast or you can do it brilliant. That’s my philosophy. We were starting from scratch. Remember, you have to find the right showrunners, and it’s a really, really competitive market because there is so much content. You don’t want to go with just anyone. It was also about the care and attention. We were fine-tuning until just two weeks ago. I woke up one morning and thought, “There is one line I’d like to tweak that would make the scene even better.” And we got the actor back and did it. If it was me, I’d probably take another year and keep playing with it.

How do you decide if something is going to be a series or a movie?

We look at it as a group, and I try to be objective about it and think, “OK, would that be cramming too much in a two-hour, three-act structure or would it be better served as a story that goes through multiple seasons?” At the moment, Jupiter’s Legacy is the longest thing I’ve published. It’s 22 issues and another 12 starting this summer. If we tried to do that as a movie, we would have lost so much. Something that could be three episodes in a television show would be a 40-second flashback in a movie. 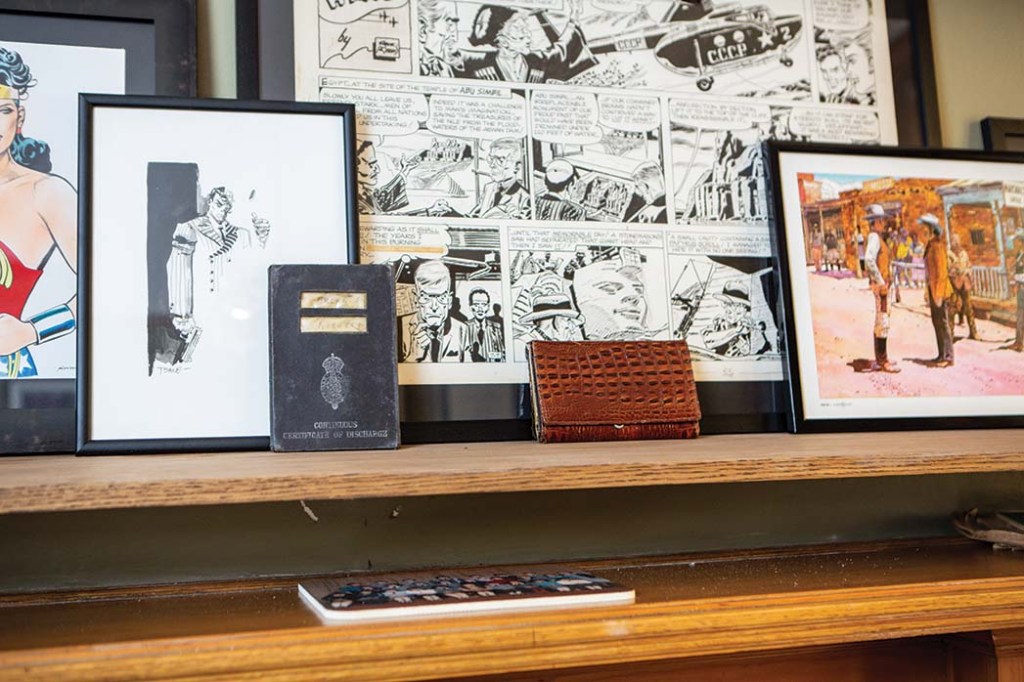 How do you compete with Marvel and DC, which have been in the superhero game for so long?

I’ve always tried to top myself. At Marvel Comics, after I did Ultimates, I did Civil War. When I did Kick-Ass, it was something nobody did before. It was taking that archetype and doing something crazy with it. When I sat down to do this — it was three years before I actually [wrote] it, during the financial crash in 2008 — I said, “I’m not going to do this unless I can make it the greatest superhero story of all time.” That’s a bold statement, but I wrote in my notepad: “The greatest superhero story or what’s the point?” I gave myself that challenge.

What I love about the different franchises is they’ve been getting bolder and more ambitious. Twenty years ago, people were wondering if audiences could handle a character that wasn’t one of the three or four major characters. We’re now in a place where you can have a Guardians of the Galaxy or an Avengers: Endgame with 50 Marvel characters. The idea of Jupiter’s Legacy is one step beyond that. I want it to feel like Star Wars in 1977 — a whole new universe, a lot of characters, that’s beholden to nothing else. And it can reap the benefits of where these other franchises have taken us. We want to start where others have drawn the line.

Can comics be more than just IP farms in this current age or is their time as a medium over?

I’m a comics purist — my entire life built around comics as far back as I can remember. So believe me when I say that it’s crazy for people to see Hollywood as anything other than the best friend of comic books. People worry it’s an IP farm, but remember who owns the rights. Creators are building empires out there, and comic books owned by the writers and artists now have $100 million ads for their books. There’s never been a better time in terms of opportunity. It’s a perfect partnership, and the kind of hits a multiseason TV show can give your book in terms of numbers is just insane. There’s no downside to this. Graphic novels that would have been selling thousands before a TV show have sold in the millions as a result. It’s wonderful. 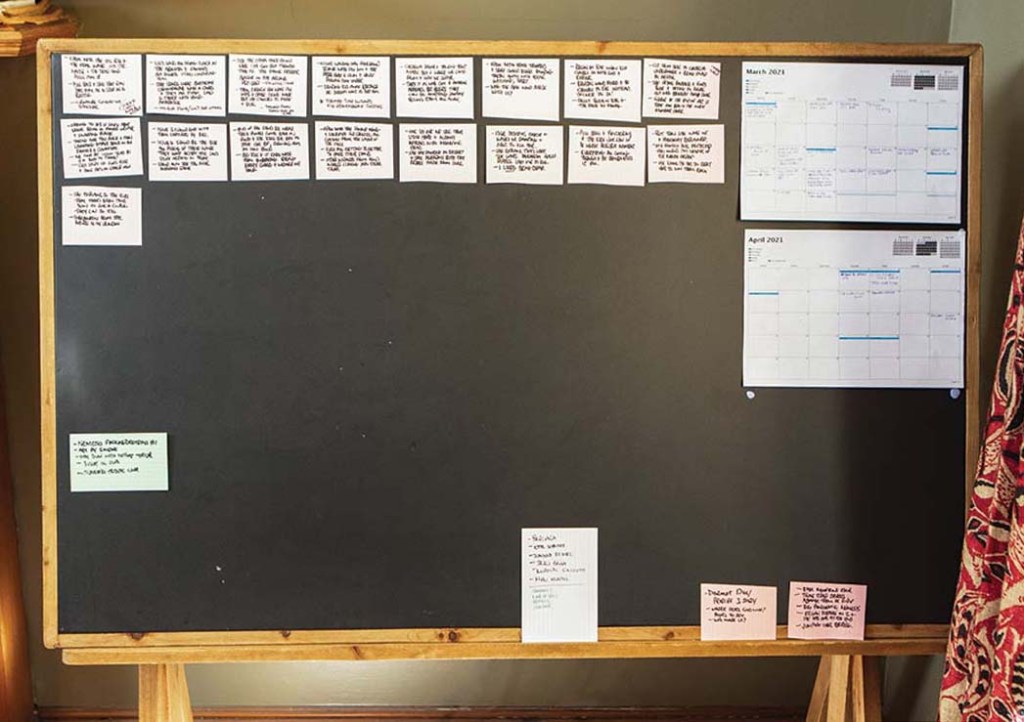 Where do comics fit in the digital age?

I remember 10 years ago when digital comics became a thing and everybody thought it was going to be the way forward, but it never seems to rise above 10 percent of the audience. There is just something about the collectibility factor. Going to the desktop and seeing your favorite books is not the same as having a long box and alphabetizing them. Newspapers, music can go digital, but comics is a very different experience, and that’s why I think, on a certain level, comics can never really go.

I like the idea of comics symbiosis with other media. They will always have a place because it’s such a fun and cheap form of entertainment to produce. If you make a movie, it’s $300 million, but a comic book costs in the thousands. I think, if the industry seems stagnant, [it’s only] until something awesome comes along and shakes it up. Every few years there’s one of these headline projects that gets everybody excited and reinvigorates creators and the industry. 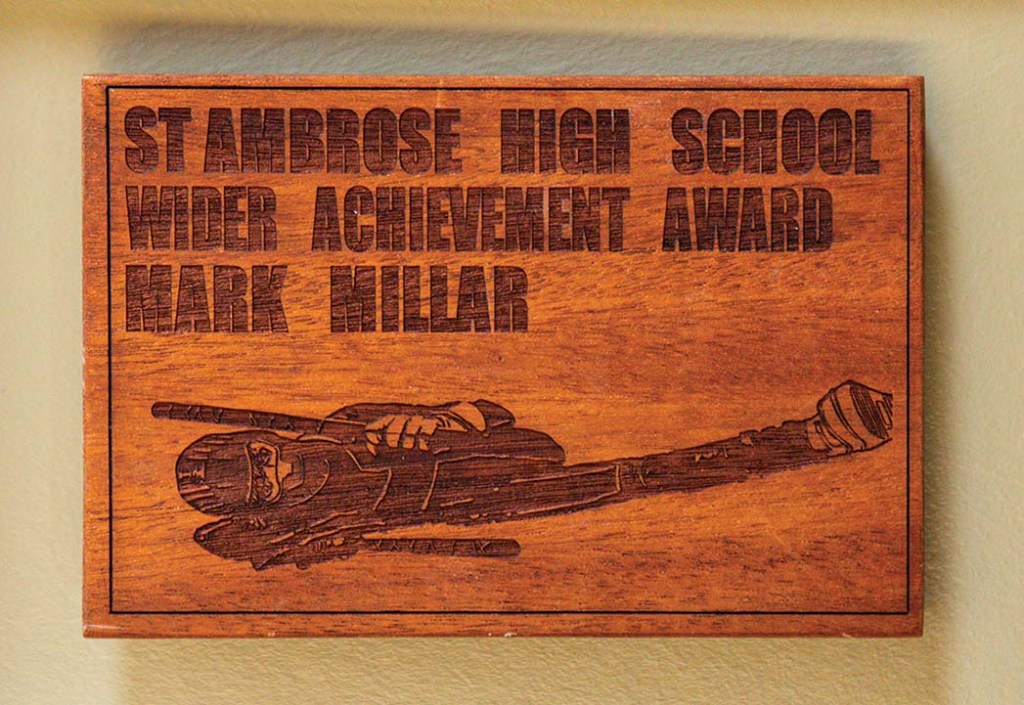 Do you miss writing for Marvel or DC?

No. I’ve loved every part of my career. The Marvel period was great, the DC period was great, but nothing beats Netflix. To me, it feels like what Hollywood must have felt like in the 1920s. The joke in Hollywood is studios try to find excuses to not make something, that they develop and they develop and develop some more. With Netflix, the energy is enormous, and it feels like everything is being greenlit all the time.

You famously did Superman: Red Son, which made Superman a communist hero. Now there’s talk of making Superman Black. You think the world is ready for a Black Superman?

(Laughs.) Yeah, of course! Why not? Superman is from Krypton. Who cares? He doesn’t have to be a Midwestern farm boy. He can be anything. People are smarter and more open than you think. 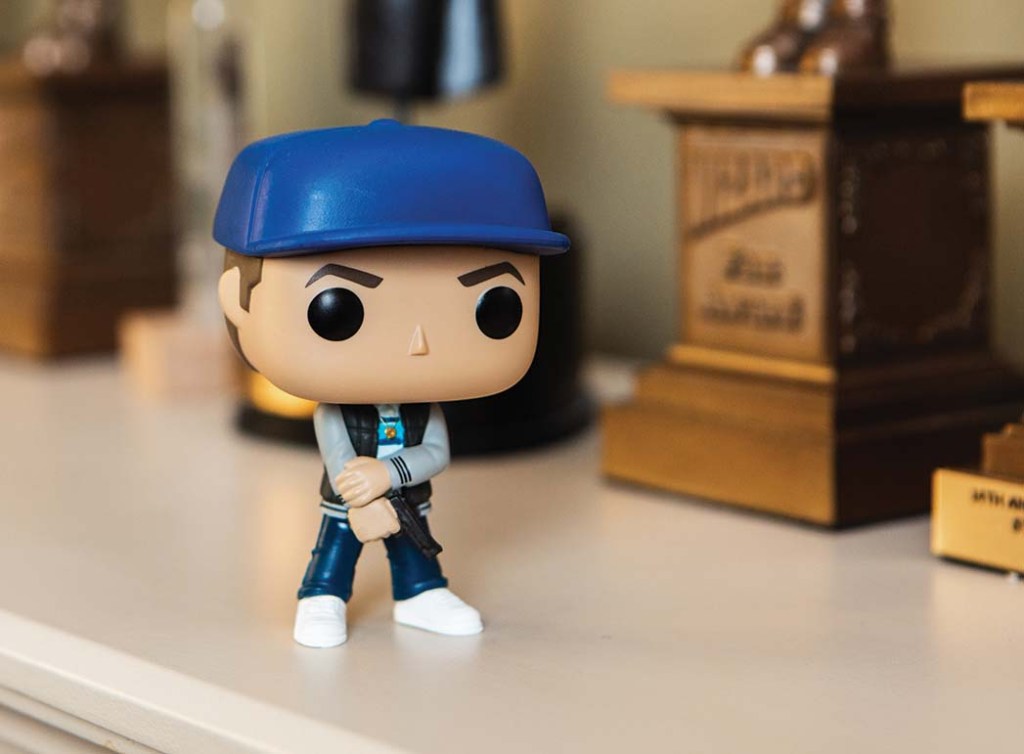