The first “Red Scare” of the 20th century — when paranoia over the threat posed by far-left political extremists overtook certain elements of the United States — is the backdrop for the latest series to be announced from AfterShock Comics, but Lovecraftian crime book Miskatonic has far more going on than just politics.

Created by Mark Sable (Godkillers) and Giorgio Pontrelli (Dylan Dog), the series mixes terrorist bombings, cultists worshipping ancient gods, scientists hoping to bring back the dead, and — of course — a spooky house where rats live inside the walls.

Sable describes the series as “a 1920s horror/crime book that’s H.P. Lovecraft meets James Ellroy.” It follows Miranda Keller — one of the first female agents of the nascent FBI — and Tom Malone, who might be familiar to Lovecraft fans as a character in the author’s The Horror at Red Hook, as the two investigate a series of bombings. There is, however, more going on that meets the eye.

Salman Rushdie Off Ventilator and Talking One Day After Attack, Agent Says

“At first the terror seems be to the work of radicals, immigrants and other ‘undesirables’ that Hoover wants rounded up, just as he did after a similar series of real life bombings ten years earlier when he conducted the infamous ‘Palmer Raids,’” Sable teased. “In reality, it’s a white supremacist occult conspiracy, and can only be stopped by the very people that Hoover detests.”

That’s a central point for Miskatonic, which Sable intends as a story that will take the brand of horror that Lovecraft is famous for, but reposition it to center the type of characters that the writer famously ignored or mistreated — like, for example, women.

“I’m a huge Lovecraft fan that wants to celebrate what’s great about his cosmic horror while turning some of his backwards thinking on its head,” he said. “I’m also a history buff and a fan of crime fiction, and it’s a chance to tell a noirish tale set against the backdrop of the Red Scare.  There are a lot of parallels between Lovecraft and Hoover’s period and today — a country coming out of a pandemic, about to fall into the a depression and a federal government obsessed with demonizing anyone it deems subversive or alien. It’s a way to explore forgotten history and let the reader draw some parallels with some of the real life horrors we’re dealing with today.”

Sable continued, “J. Edgar Hoover rose to power after the anarchist bombing of Attorney General Mitchell Palmer led to the so-called ‘Palmer Raids’, where Hoover over-reached and rounded up tens of thousands of suspected radicals, many of them immigrants who found themselves deported.   When he took over the Bureau of Investigation, he got rid of the few female agents, one of whom wound up committed into a mental institution.  That was often the fate of Lovecraft’s characters, so I saw away to turn someone they’d see as a victim into a hero, albeit a flawed one, in traditional noir style.”

The series is illustrated by Giorgio Pontrelli with color work from Pippa Bowland. Thomas Mauer letters, and the series has covers from Jeremy Haun with Nick Filardi, and Tyler Crook. Pontrelli, Sable said, “is [a] master of blending crime and horror and he brings our characters to vivid life… even the dead, and undead, ones.”

Miskatonic No. 1 will be released Nov. 11 digitally and in comic book stores. Look below for preview artwork from the issue. 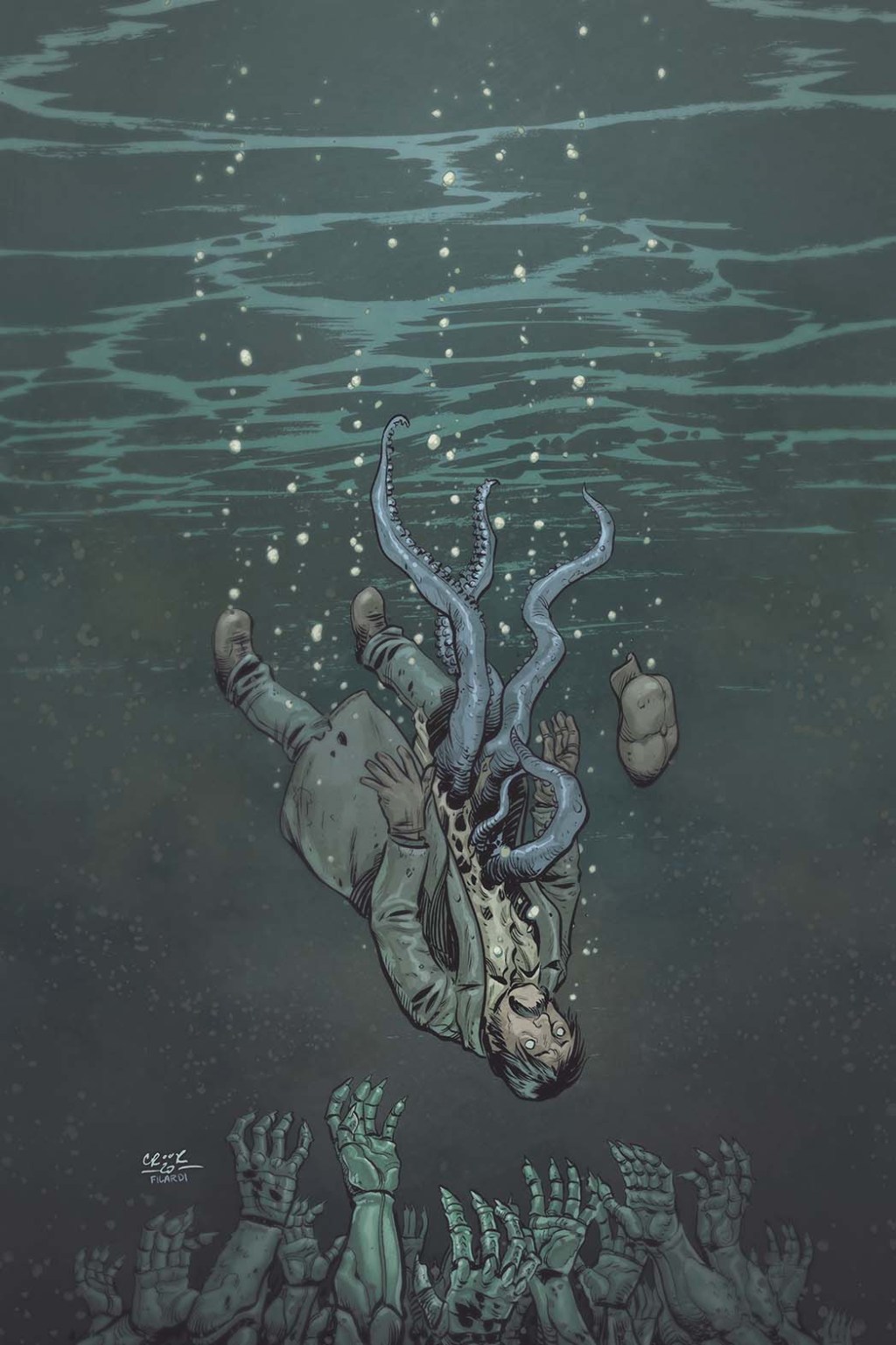 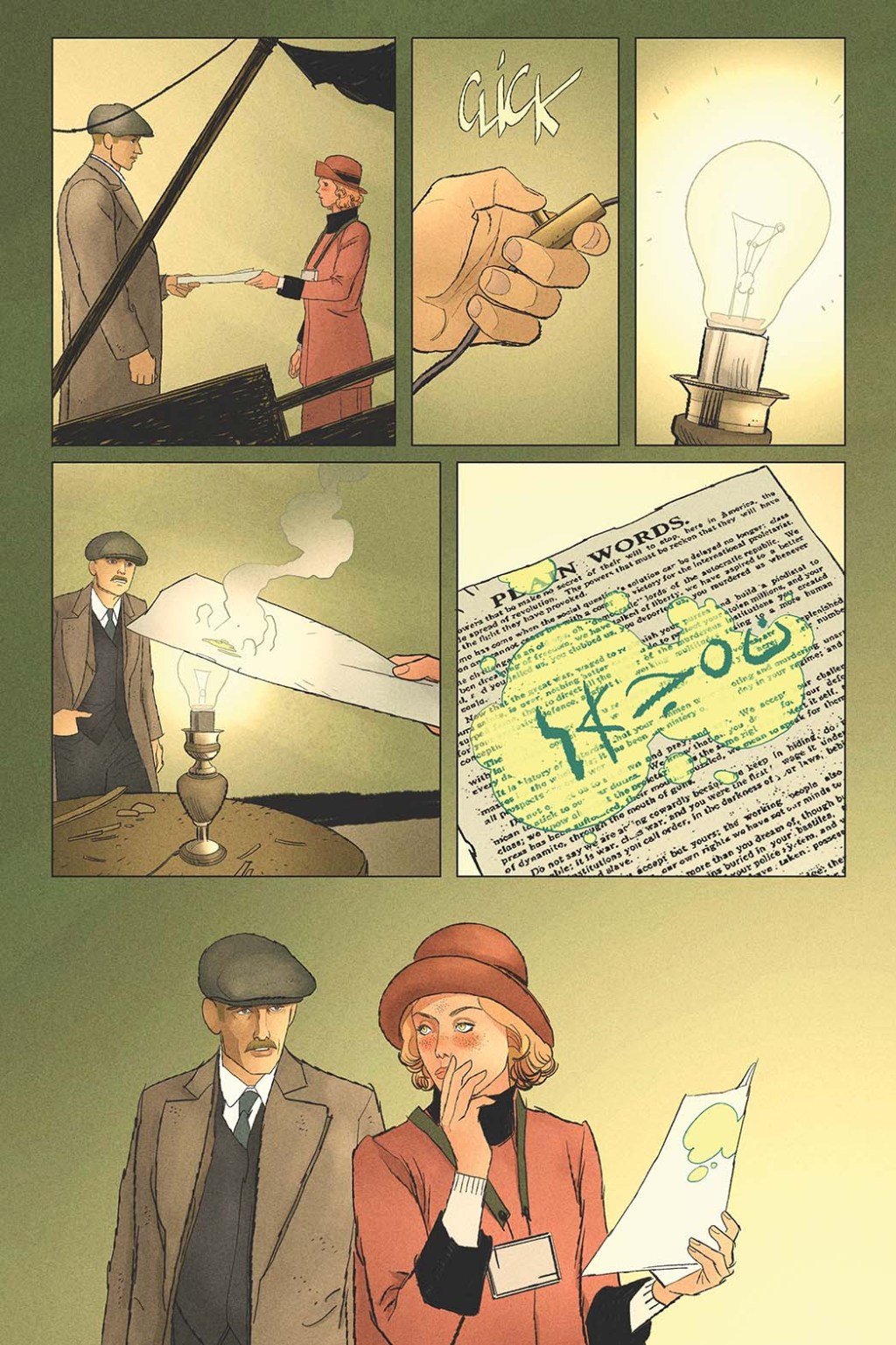 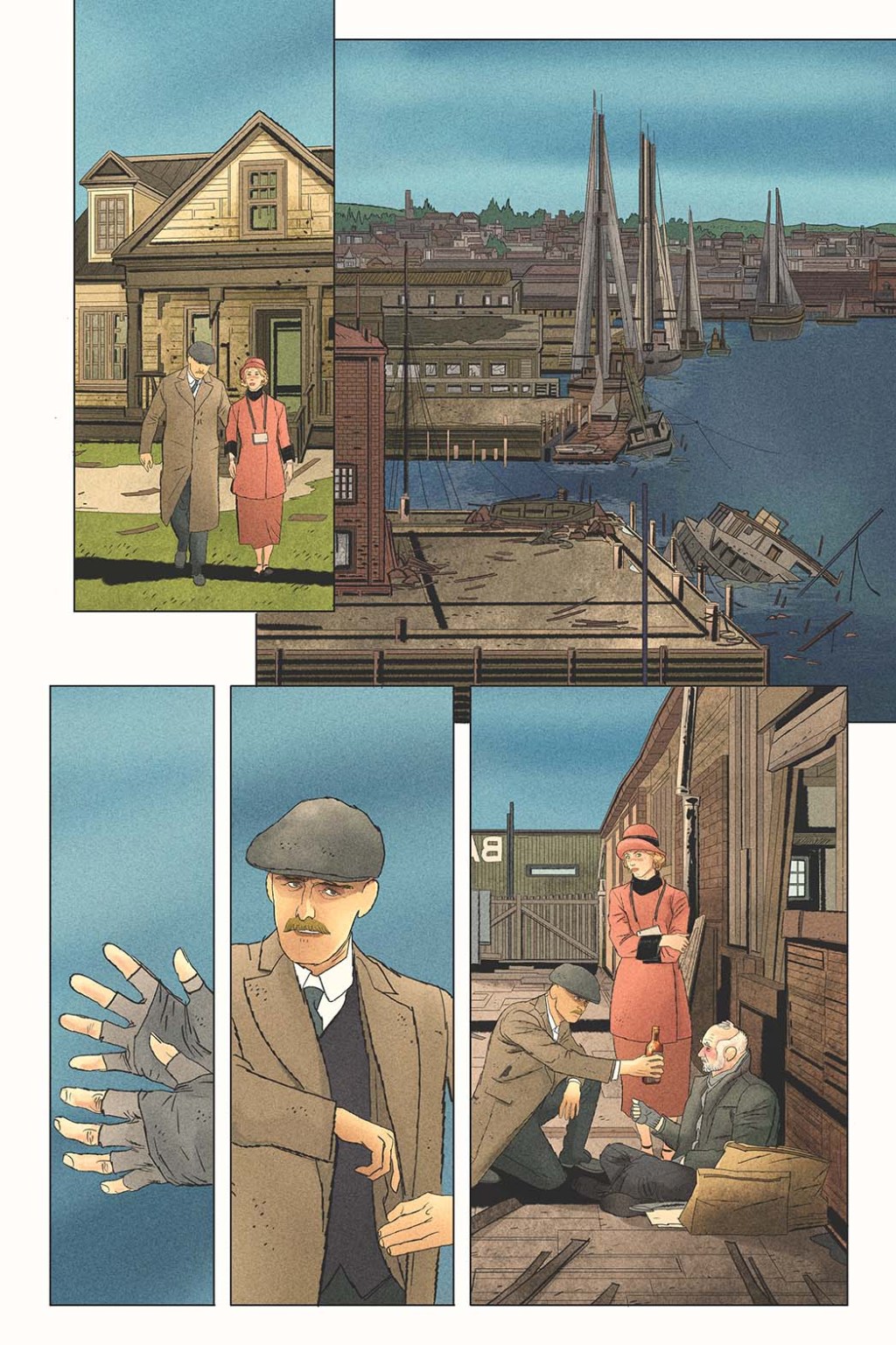 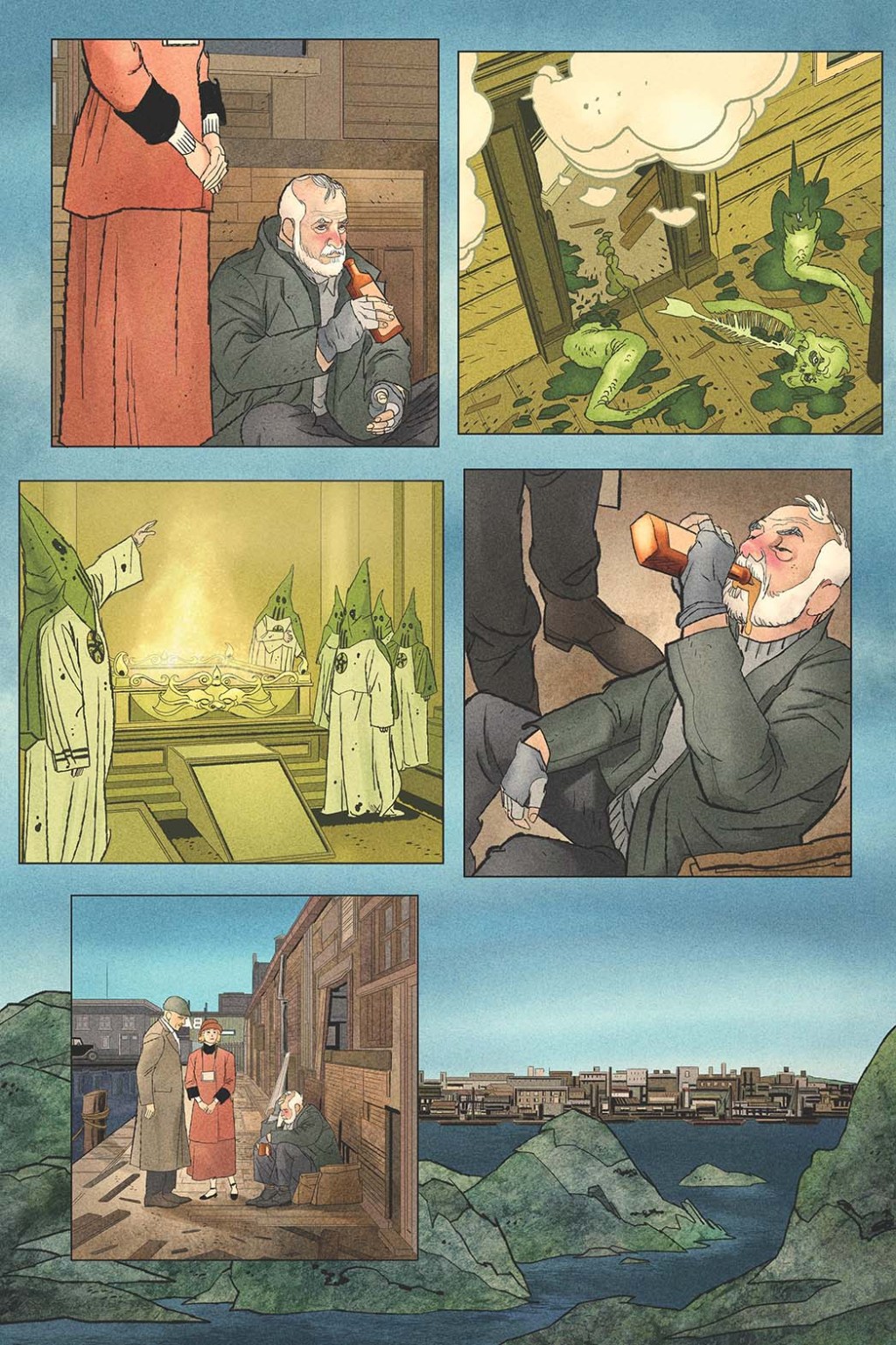