Twenty-five thousand feet. That’s how high up Tom Cruise was for a HALO jump from a C-17 military aircraft. Twenty-five thousand feet for a jump he performed 94 times after a year of planning. The result? Three useable takes and a nearly five-minute scene that is hands-down one of the most gorgeous, delightfully dizzying set pieces to ever be committed to film. It’s a scene that, if you’re lucky enough to experience in a packed theater, will induce gasps from the audience before you feel the air in the theater change as breaths are held collectively. This is the beauty of the moviegoing experience, something not made to watch for the first time on a TV or computer screen, alone, but on the biggest screen possible, in the dark, surrounded by strangers equally aware that they’re all hoping to witness the impossible.

Christopher McQuarrie’s Mission: Impossible – Fallout, the sixth entry in the film series that began in 1996, is being hailed as the best one yet, an achievement within the history of action-movie filmmaking. Superlatives and hyperbole get tossed around often, but with Fallout, it’s true. McQuarrie went to new heights, literally, and emerged a director on a whole other level. It’s not simply the stunts that make Fallout what it is — though the stunts are glorious. It’s the emotional interchange between these characters that stems from a narrative appreciation and recognition of a decades-long franchise that has allowed its characters to evolve, not as concepts, but as people. Fallout works not as a single entry, but within the whole franchise, relying on what’s come before rather than offering notions of soft-reboots. It’s these aspects that not only distinguish Mission: Impossible, but also make it our greatest action franchise.

Action movie franchises have never been more consistently well-made than they are in our current decade. Nostalgia may make some of us long for the days when Stallone, Schwarzenegger, and Van Damme could tear through armies, muscles gleaming with oil and sweat, and not a line that wasn’t packed with masculine bravado was issued from their mouths. But our action films have evolved from feats of sheer strength, body counts and unsubtle ads for gym memberships. Well, only slightly so on that last point.

They’ve also picked up a certain vulnerability — not simply in the romantic sense, but in the idea that one individual is not an army, and not every individual is best for all jobs. Take Mad Max: Fury Road (2015) for example, a film that many, myself included, would label the greatest single action movie ever made without any qualms. Max, portrayed by Tom Hardy, isn’t only silent for most of the movie, but he is an inferior warrior to Charlize Theron’s Imperator Furiosa. The scene in which Max, recognizing Furiosa as a better sharpshooter, offers her the gun and allows himself to be used as a prop to steady her arm is the defining scene in the film in terms of its relevancy. It’s a small moment, separated from the stunts and spectacular chase sequences, but it’s just as important a look at George Miller’s evolution as a filmmaker as it is at Max’s characterization. 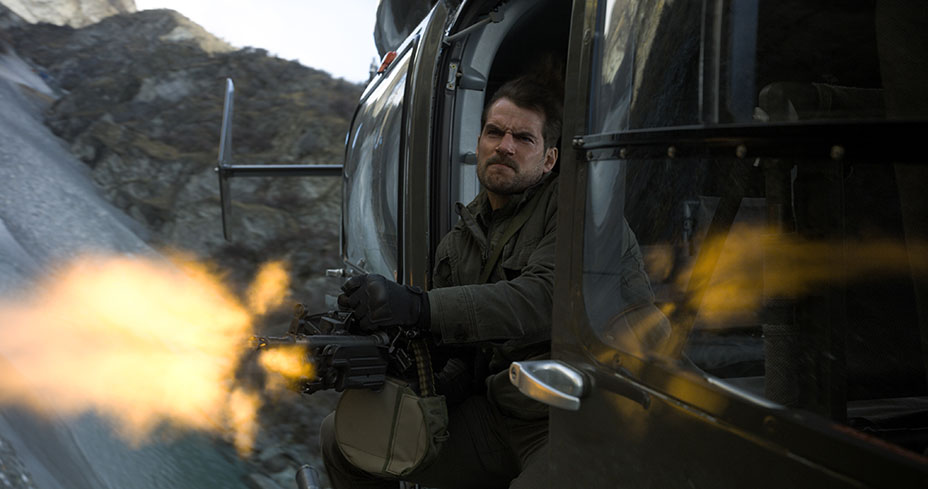 We’ve started to see examples of Fury Road’s impact in other action movies as well, not only because women, like Rebecca Ferguson’s highly capable Ilsa Faust in Mission: Impossible — Rogue Nation (2015) and Fallout, are thankfully utilized in these movies as more than love interests and sexual appeal, but because our heroes are starting to adapt, to be used as tools instead of blunt instruments. The delineation between the two is paramount in Fallout as we see the difference between Cruise’s Ethan Hunt and August Walker (Henry Cavill). Hunt is a team player, one who uses himself, to the point of physical and emotional torment, as a tracker, a shield, a mask, in order to achieve a goal. Walker, on the other hand, is a lone wolf, self-centered and direct, with all the espionage capabilities of a tank. The relationship that we see between Hunt and Walker in Fallout is the distinction between our best action heroes of the ’80s and our best of today.

There’s something interesting that happens with action franchises across decades, something that films released in close succession to each other, like Bourne and John Wick, don’t allow for. These long-running franchise films, and their lead characters, are given an opportunity to grow into themselves, to live up to their legendary status that pop culture has allotted them, usually early on in their creative cycle. There are some, like Rambo, who stray from the impetus of the original films. The wounded Vietnam vet meant for a tragic end becomes mounted to a turret, fixed in a position of inciting rather than reacting. The current status of Rambo, born of pop culture, has moved so far away from his original conception that the man we see in First Blood (1982) and the one we see in Rambo (2008) feel connected only on the peripheral basis of names and theme music. 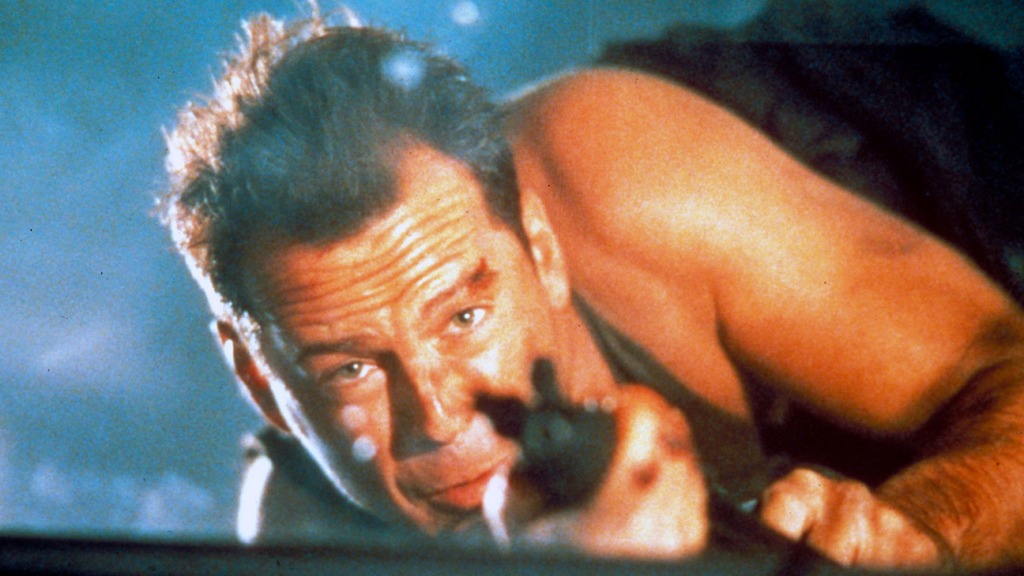 Or take John McClane for example. Die Hard (1988) exists as the peak blue-collar action movie, in which an NYPD cop goes to Los Angeles to reconcile with his wife and ends up defeating terrorists. He’s not a spy or a member of Special Forces, but an all-American guy who’s not even a top cop at that. But with each Die Hard installment, the series moved further away from the core of what made the first one work until McClane was no longer a man vulnerable to injury or heartbreak, but an empty pinata for filmmakers to beat and then stare at the ground as if they expected a different outcome. Rambo and John McClane, while each had entertaining follow-up entries to their first films, are characters who were consumed by public perception rather than bettered by it. They are battered into achieving impossibilities that we’re made to feel nothing for, because there’s nothing behind all of that muscled meat anymore.

In what may be one of the greatest franchise glow-ups of all time, the Fast and Furious franchise did grow into itself, and turned its cast-camaraderie and relationship with fans into a multi-billion-dollar property. What began as a loose remake of Point Break about street racers stealing DVD players became a global vehicular espionage franchise. If that sounds silly it’s because it is, absurdly so. But the reason why these movies work and have become worldwide box-office phenomena is because the core characters have not only remained consistent, unable to be replicated, or recast, but they have evolved. Movies featuring Vin Diesel, Dwayne Johnson and Jason Statham could so easily abandon the principles of modern action movies and return to the testosterone pool of the ’80s, especially given that each man has done their fair share of those action-movie sendups. But the Fast and Furious movies don’t. The franchise relies on every entry being integral, on these narratives being a team effort where supporting players have just as much emotional weight as the leads, and where the stakes increase but characters aren’t lost in the growth. There are plenty of jokes that have been made about the Fast and Furious franchise’s overuse of “family.” But when Gisele or Han die, or when Brian takes his last ride, fans feel it, because it’s such a rarity for pics constructed on explosions, death tolls and demolitions to remain invested in the fate of each character movie by movie. Of all the major action-franchises, Fast and Furious comes the closest to recognizing and administering the same sense of follow-through that keeps Mission: Impossible going. 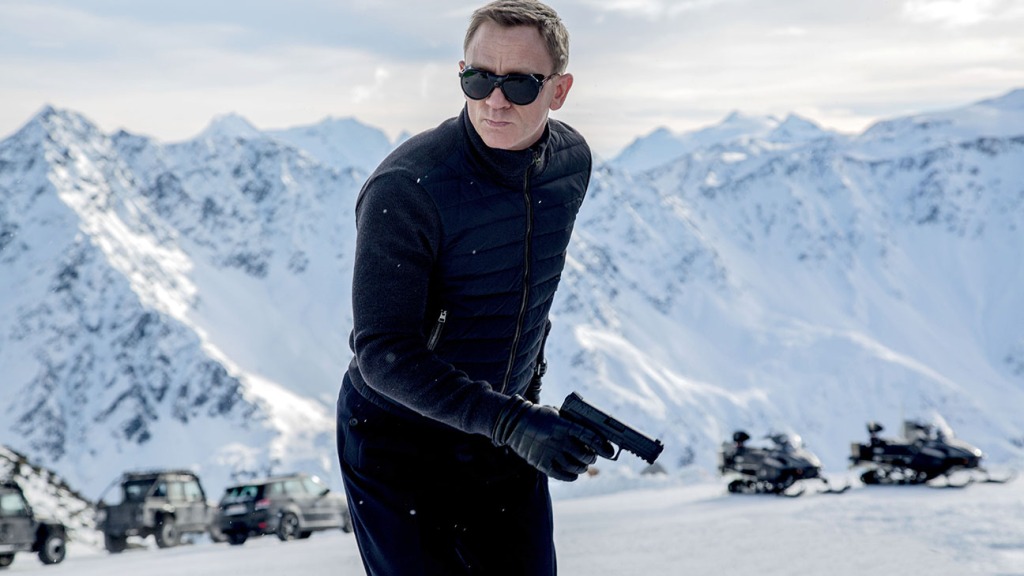 Finally, we reach the Bond of it all. The most iconic action hero of all time, in one of the longest-running franchises, James Bond is, on paper, the most similar to Mission: Impossible. Bond is iconic, legendary well before the 21st century, but he is also replaceable, as is his supporting cast. Bond will always return in another entry, as will M, Q and Moneypenny. They make look different, and a couple of them may have a brief hiatus in terms of their frequency of appearance, but they are eternal. Because of this, we’re never made to care in the long haul. Sure, we care about James Bond as a concept and if we’re lucky, we even care about his well-being in entries like On Her Majesty’s Secret Service (1969), Casino Royale (2006) or Skyfall (2012). But despite the popularity of the franchise, and a personal love for it, its characters and even some of its entries are expendable. The Bond franchise didn’t simply become like this; it always was. Take Bond’s sidekick Quarrel is the first Bond film, Dr. No (1962) — killed off and later replaced by Quarrel Jr. in the eighth film Live and Let Die (1973) without distinction. Bond’s love interests change film to film, as do his allies most often. Bond as a character has remained true to form, but as a franchise, it’s one in which public perception has created a reliance on tropes that more often than not, people don’t matter outside of their position as conceptual entities to be used to maintain a status quo. 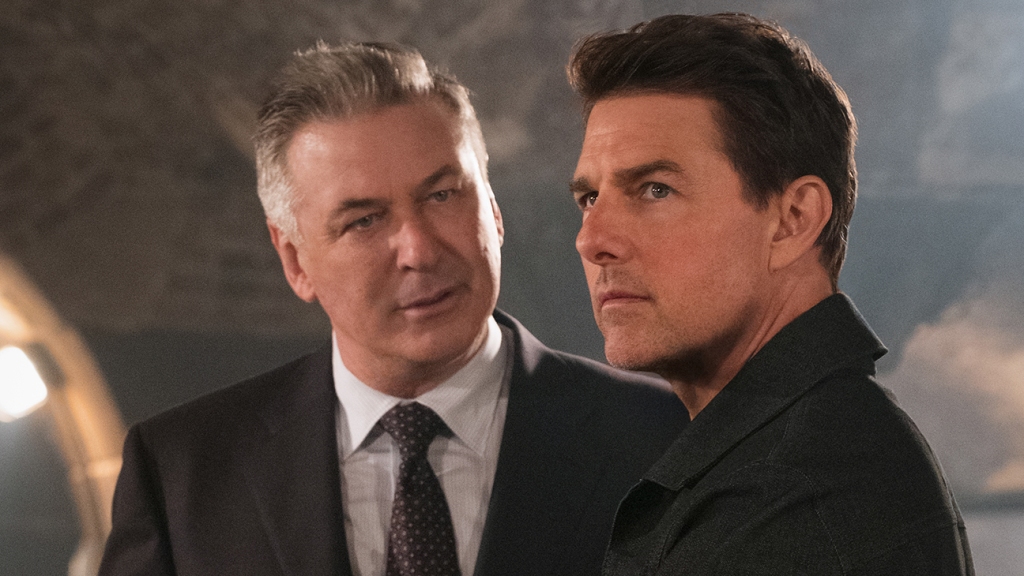 There’s a scene early on in Fallout where Alec Baldwin’s IMF Secretary, Alan Hunley, tells Hunt the reason why he believes the Impossible Missions Force is necessary, why he believes that Hunt is necessary, is because he will always make the hard choice to save the life of one person at the potential cost of millions. Hunley’s implication in this scene isn’t that Hunt or his team will let millions die in order to save one, but that they will save one and do everything in their power, and beyond, to save the millions as well — to achieve the impossible because they will it to be so.

This conversation calls back to a line in the previous film, Rogue Nation, where Hunley describes Hunt as the living manifestation of destiny. On one hand, it’s flowery prose, slightly comical upon the utterance of it, but on the other, there’s an ascription of myth to Hunt. You see, Ethan Hunt, in his execution across the six film Mission: Impossible franchise, is given a deified status attributed to many of action heroes, one that sees the hero coming up against and surrounded by scripture, theology and religious symbolism again and again. Yet despite this, or maybe because of it, Hunt consistently rejects this glorified position, reminding us of his humanity through his relationship with teammates Luther (Ving Rhames) and Benji (Simon Pegg), whom he sees as friends, and a wife, Julia (Michelle Monoghan), to whom he remains faithful. These are people he sees as irreplaceable, and who ground him to his humanity.

During the film’s third act, as Hunt struggles to fly a helicopter spiraling wildly out of control, he urges himself, “You can do this, Ethan. Come on, you can do his.” He’s afraid. He’s vulnerable. And despite any and all records of him achieving the seemingly implausible, or willing his destiny, there is no greater testament that Ethan Hunt has remained consistent across each entry, and the hero necessary for our era, than his ability to maintain hope in the face of the impossible.