For Mission: Impossible — Fallout, the sixth movie in a series that began 22 years ago, Paramount launched a marketing campaign that emphasizes the scale and scope of the stunt work involved.

This follows a pattern established by the fifth, Rogue Nation ($682 million worldwide), and fourth film, Ghost Protocol ($694 million). Tracking has the movie opening this weekend stateside somewhere between $50 million to $57 million.

Cruise returns in Fallout — which has a budget of roughly $250 million — for another outing as Ethan Hunt, an operative of the secret and highly skilled Impossible Mission Force. After Solomon Lane (Sean Harris), the antagonist from Rogue Nation, escapes, Hunt’s loyalty is questioned by the CIA, which sends August Walker (Henry Cavill) after Hunt. On the run, the IMF agent assembles a group of old friends in order to survive, prove his loyalty and prevent further disaster.

We get a translucent Cruise on the first poster, released in February, showing him walking toward the camera, gun in hand and a determined look on his face. Within that image is a photo of Hunt dangling from a rope attached to a helicopter in flight.

The second poster from May puts Cruise in the background as the largest figure among the assembled crew, obviously the primary character and the biggest influencer of the story. In front of him and more or less within the confines of an “M:I” are the rest of the cast, each either in some kind of action pose or looking determined in their own way. Also featured is a photo of Cruise parachuting from the sky, massive mountains behind him because we can’t forget for even a minute that this movie features some large-scale stunts.

Also in May came a series of character posters that broke out each member of the ensemble. These images feature a pop of light in the distance that gives them a slightly yellow-orange glow. The “Some missions are not a choice” copy plays on the whole idea behind the series of the agents opting in to their assignments, conveying that there’s something personal motivating Ethan and his team, as well as those aligned with or against them.

The format-specific poster campaign started off with a Real 3D version showing Hunt jumping from a transport plane, his face visible through the clear oxygen mask he’s wearing due to the extreme height of the jump. For Imax, the movie’s other big stunt is the message as we see Hunt hanging off the side of a helicopter. The Dolby one-sheet has Hunt standing in front of the M:I logo. 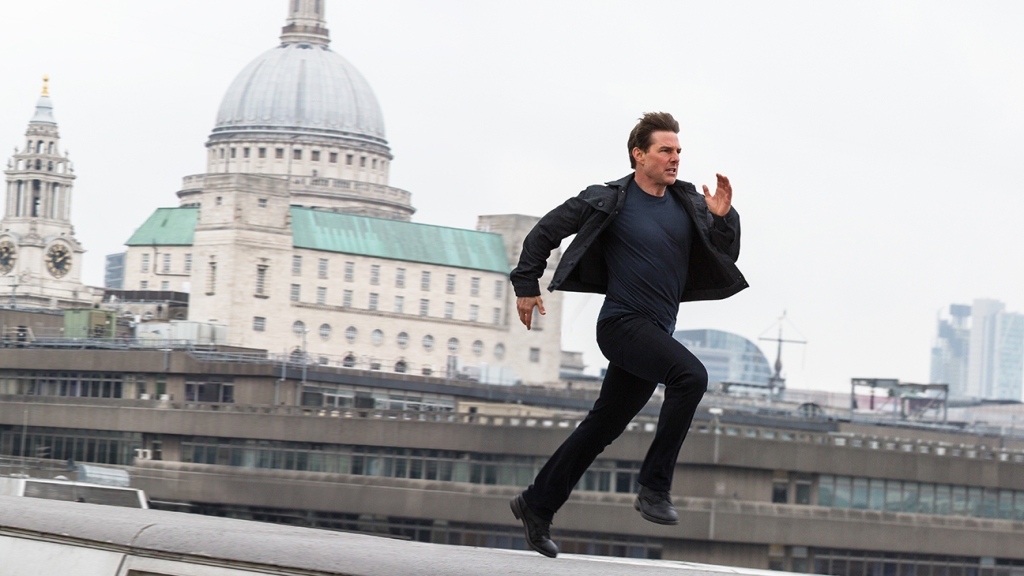 The first trailer (24.6 million views on YouTube) was teased by the Super Bowl spot in February. It opens with Solomon Lane asking Hunt if he’s ever considered not accepting a mission or pondered the fallout of those jobs he has accepted. That’s followed by some exposition about a mission gone wrong that the CIA is now taking control of, despite the objections of the M:I team. Hunt refuses to let it go and keeps on digging, running into opposition with the CIA on a couple of instances, with Walker wondering how far Hunt can be pushed before he stops fighting the good fight. From there on out, it’s all about the action as Hunt runs, flies and dangles in various pulse-pounding situations.

It’s more or less the same beats and message being sold in May’s second trailer (19 million views on YouTube). We get the basic outline of the plot again, as well as the conflict between the IMF and CIA that forces Hunt to make some uncomfortable choices with the help of his team. There are a few new action sequences and set pieces, including Hunt jumping out of a transport plane and a mountain-top fist fight with Walker. 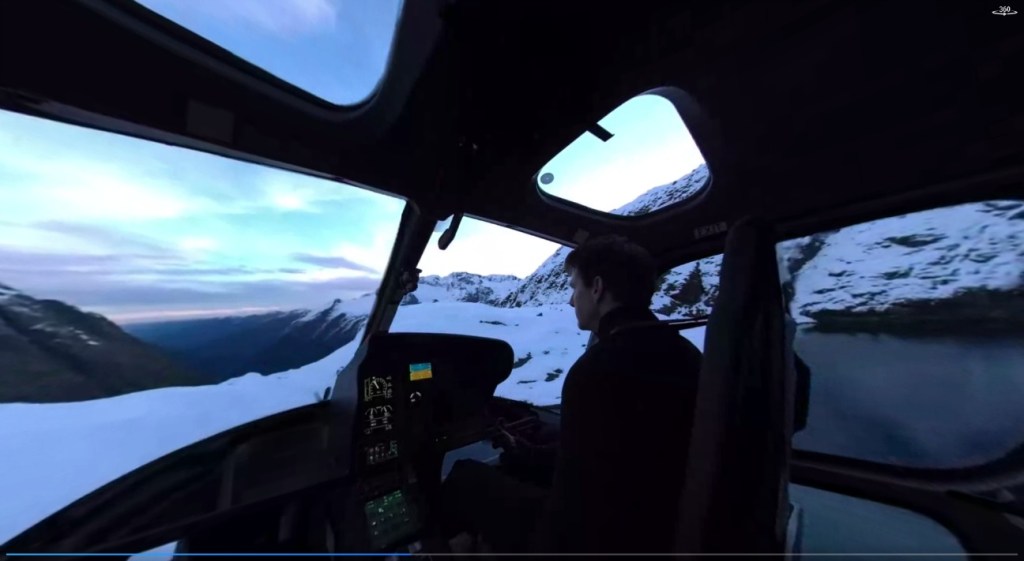 Cruise himself announced the movie’s title in his first post after joining Instagram this January, immediately getting the buzz going. That was followed just a couple of weeks later by a Super Bowl TV spot that set the action-heavy tone of the campaign.

Paramount partnered with Gfycat on a new “360Loop” GIF format that basically looks like a GIF but allows the viewer to drag the image around to get a 360-degree view of what’s going on. The movie was also among the first advertisers to use Pinterest’s full-screen Promoted Video units.

The studio brought footage for the movie to its presentations at CinemaCon in April and CineEurope in June, continuing to emphasize the action sequences it felt would draw audiences to theaters.

Beginning in early June, a whole series of video featurettes were released that focus on the stunt coordination.

The high-altitude, low-opening (HALO) parachute jump seen in the trailers was the subject of one of the first featurettes, explaining how Cruise stepped up with the dedication to do the jump not once but dozens of times to get the shot right.

Imax teased an exclusive look at the movie offered to audiences coming to theaters the weekend of June 22. A later interview video with Cruise played up the franchise’s connection to the large-screen format, showing off the stunts but also emphasizing the story.

A featurette released exclusively to Fandango in late June continued to play up how this was a bigger, more intense and more personal mission that would definitely offer the audience something new. One more video brought the focus on the stunts together by featuring McQuarrie and the rest of the cast talking about how not only does Cruise do much of his own work but that this movie features more intense sequences than any previous installment.

It’s no surprise that the first clips released the week before the movie hit theaters are focused on the same big action sequences featured prominently in the trailers, with one spotlighting the HALO jump and another showcasing the big bathroom brawl. At the same time, in early July, Paramount released a featurette focusing on the team that’s been assembled, both within and for the movie, and one that emphasizes the international locations the story takes place in.

A later TV spot created exclusively for ESPN inserted NBA player James Harden into the scene of Hunt jumping out of a plane. 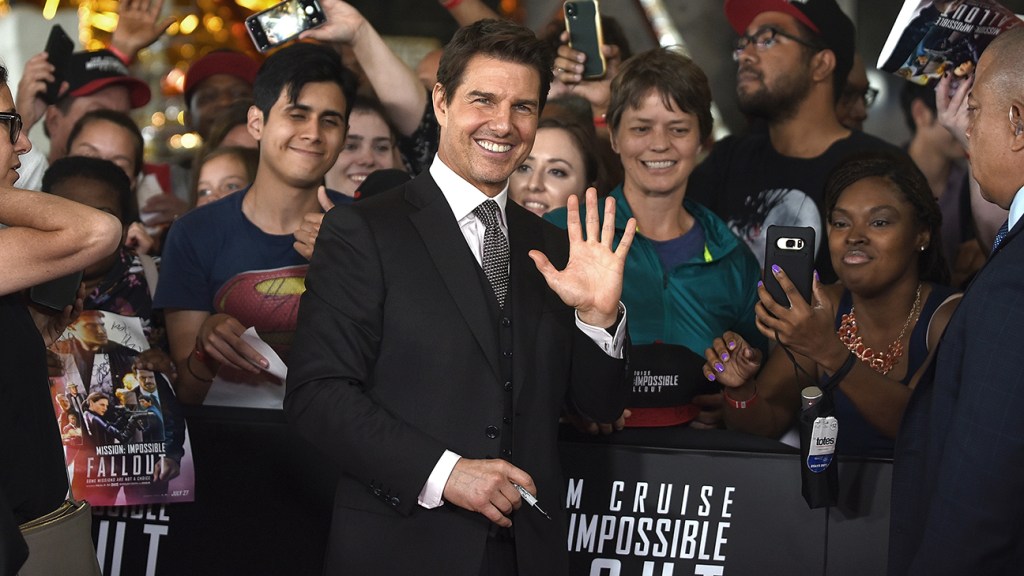 There’s a bit in one of the final featurettes released by Paramount, a 360-degree video focusing once again on the stunts of the movie, where Cruise says “Obviously, Mission is about practical action” that really sums up the campaign. Not only is the emphasis on the incredible sequences being shot and the star’s willingness to put himself in danger, but the dedication to practical effects instead of greenscreened stunts offers the audience a more genuine, visceral thrill.

The campaign as a whole shows the evolution of the franchise, which started out as mostly espionage in 1996 but has evolved into a showcase for daredevil action sequences.