With cases of COVID-19 cases surging in California and other states, consumers are cautious about returning to cinemas.

Only 20 percent of Americans say they are likely to go to a movie theater in July, according to a new Hollywood Reporter/Morning Consult poll examining the ongoing impact of the coronavirus pandemic. Hollywood feels much the same way, and in recent days pushed a handful of films set to open this month back to August, including Tenet and Mulan.

Outside of July, the forecast improves somewhat. A third of Americans say they are likely to go to a theater in 2020 once cinemas reopen en masse, and a quarter say they would go within a month of reopening. However, only 15 percent would go immediately upon reopening, or within one week.

Next year is looking brighter. Over half of Americans say they would go to a movie during opening weekend during the first few months of 2021.

Enhanced sanitary and social distancing measures could go a long way in making consumers more comfortable, the poll confirms. Seven in 10 Americans say they would be likely to go to a theater if seats and high-touch areas, such as concession stands, were frequently sanitized. And six in 10 Americans say they would be more likely to take a trip to the multiplex if all guests were required to wear face masks.

Other popular precautions include staggering seating to allow space between moviegoers and requiring employees to wear masks.

The poll also surveyed which genres consumers are most interested in seeing post-reopening. Adventure and action were the top choices (75 percent and 74 percent, respectively), followed by drama (70 percent) and thriller-mystery. 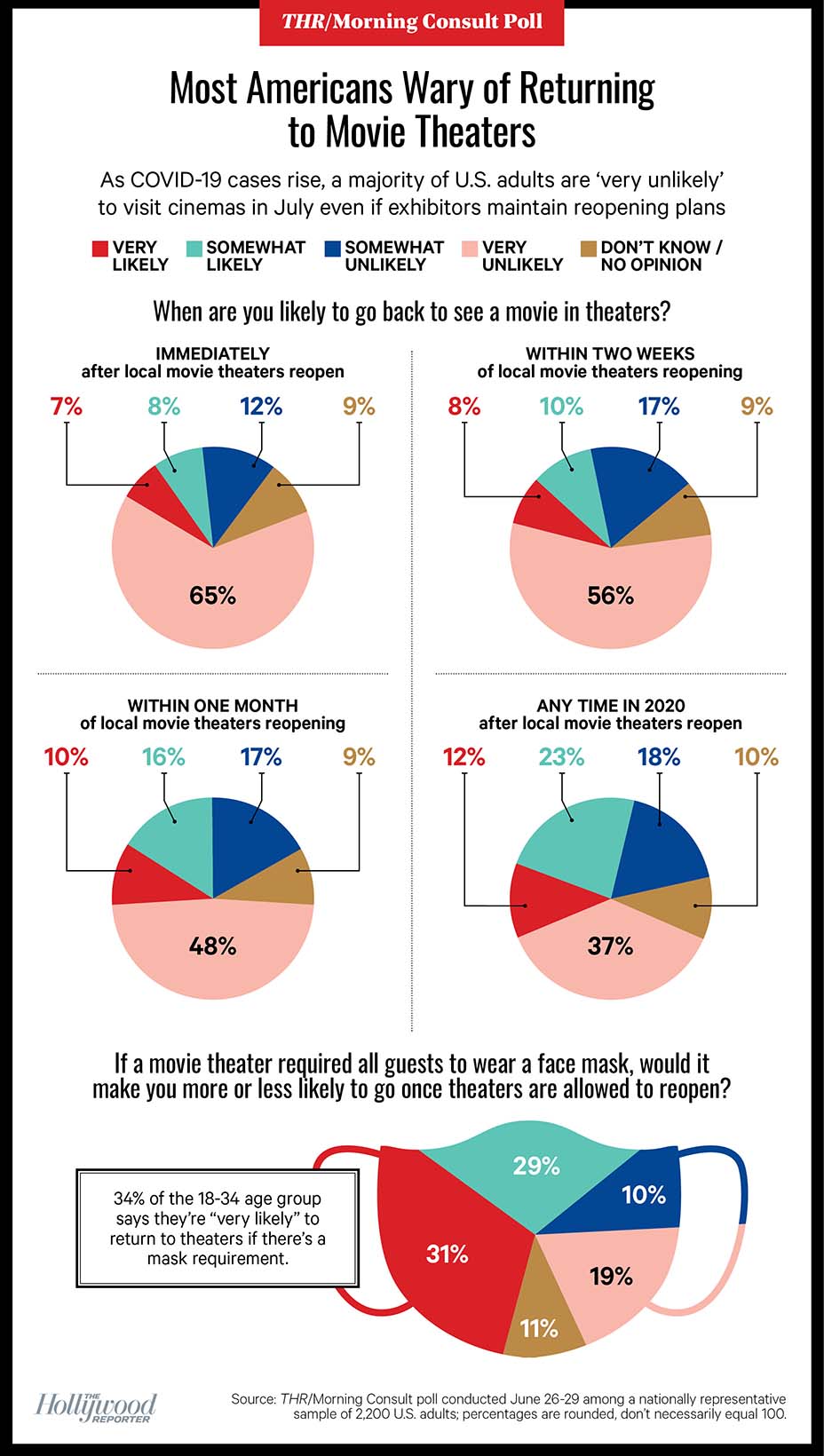